As PlayStation VR starts maturing, as does the landscape around it, it’s not a question of if we’re going to start getting the sorts of killer apps the platform has needed, but more a question of when. Moss, released just last week on PSVR exclusively, showed that. Its design and attention to the hardware it was running on shows from the moment you start to the closing chapters at the end. It’s a marvel in understanding both the principles and limitations of VR as a platform. If Moss was an indication that VR games are getting better, Bravo Team is a reminder of how bad they can still be.

It’s weird to think that both extreme ends of the spectrum can be shown off in just a week, but that’s the trouble Sony and PSVR are having now: consistency. Another exclusive to the PS4 off-shoot, Bravo Team comes by the ways of Until Dawn and The Impatient developers Supermassive Games. While the studio’s campy teen horror title was a smash hit, The Impatient (released earlier this year for PSVR too) was a far more mundane and boring game by comparison. And if that can be used as a metaphor for its transition over to an entirely new way to play, Bravo Team emphasizes just how wrong that process can go. 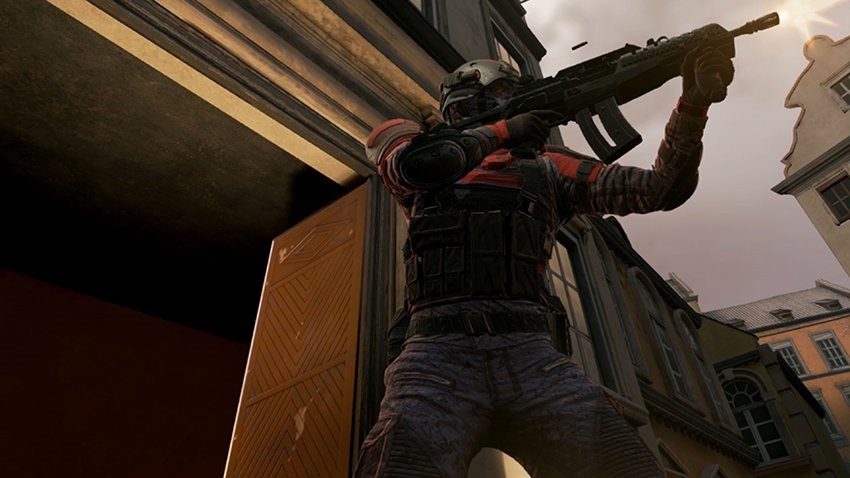 Attempting to replicate squad-based shooters like Rainbow Six and Army of Two, Bravo Team doesn’t mingle around too long before setting you into the action. A high-ranking politician is killed in the early moments of the limited single-player campaign, setting off a military coup in a distinctly European looking city that threatens to trap both you and your partner. Escape seems to be the only goal, but it slowly turns into a two-man (or woman) attempt to quell the fighting before it can really start. It’s plodding, predictable and barely a feature in the long run though, acting as window dressing to contextualize the indiscriminate killing you’ll embark on for the next four or so hours.

Bravo Team’s gameplay is as rudimentary as its plot. You use the Aim Controller to mimic the movements of an assault rifle (or pistol, and little else), popping off shots at foes. The Aim Controller is a neat little accessory for VR which worked well in Farpoint, but its accuracy in Bravo Team is abhorrent. Either my in-game rifle was always slanted at an angle or jiggling wildly when tracking lost itself every few minutes. Shaking it excessively usually reconfigured some calibration and returned it to a natural position, but it drifted far worse than I’ve ever seen in any other PSVR game. 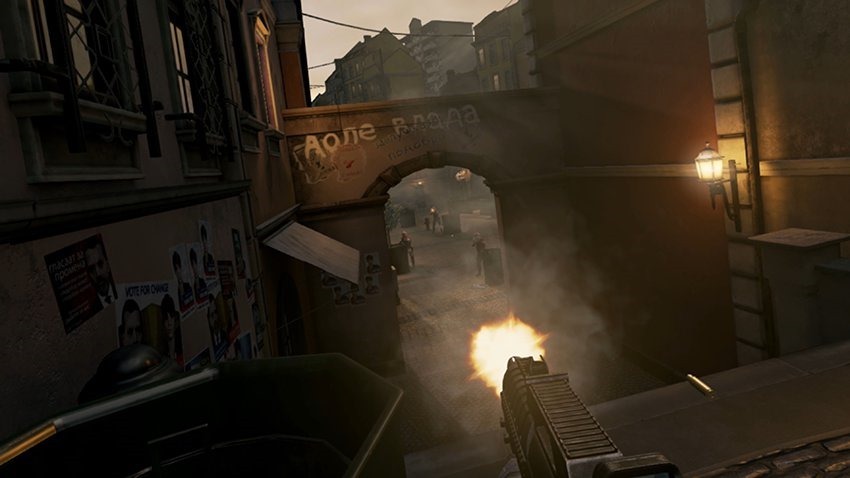 This makes the simple act of shooting difficult in a way that’s not engaging at all. You’re left fighting with your controller more than you are focusing on the action at hand. Which, in a way, is a saving grace. When Bravo Team drops you into firefights, they’re not intense. Enemies act like shooting gallery targets, predictably popping up and giving you more than a chance to off them before they have a chance to do harm. Their AI let me move literally under their noses, forcing them to relocate to daft locations that gave me clear shots at them. It feels broken and budget in the worst ways, and often had me wanting each encounter to be over as fast as possible.

Movement presents an equally weird hurdle to struggle with. Bravo Team doesn’t let you freely move around its spaces, instead opting for an approach that mimics the likes of Time Crisis. You’re rooted to a single position, letting you pop your head out with the hold of a trigger. You can adjust where’’ you’re standing by aiming at cover and hitting a button to move there. But here the camera draws out from first-person and switches to third instead. You watch as your character moves from one spot to another, unable to engage in firing back at enemies putting holes in you in the process. The jarring switch from camera perspectives never gets comfortable either, and instead just makes hoping back into the action a guessing game of which direction your vision would be restored to. 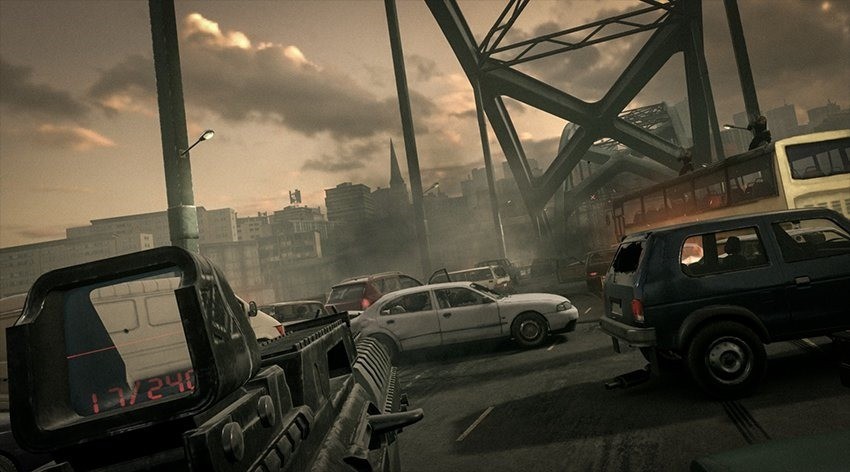 Bravo Team also attempts to introduce real tactics into the mix, but its stale shooting and incapable AI don’t really let this shine. Playing alone you can issue four commands to your AI partner. Place them behind specific cover to lay down fire while you flank a position or hold down a certain position to give you some covering fire for a move. These all work in principle, and sometimes feel crucial to success. In those fleeting instances it’s more thanks to some clever level design that encourages more thinking than just straight up shooting. But they’re sparse and let down by the gameplay that encompasses them.

Playing with a friend is also possible, and arguably the way Bravo Team hopes you’ll play. Aside from the limited campaign you can dive into a score attack mode that lets you become competitive with a friend that happens to also own a PSVR headset. But that’s all the content Bravo Team offers. And given how limited in scope its campaign is, there’s little reason to return if you managed to hold any semblance of interest just going through it for the first time.

Bravo Team doesn’t show off the capabilities of VR. Instead it shows how bad design and lackluster gameplay can make the hardware feel behind the times instead of in front of it. Bravo Team’s stale action can’t even compare to old arcade light gun games, which makes you question why you own a technically superior piece of hardware to play it on. It does nothing to warrant your purchase of PSVR, and instead makes you question if fleeting experiences like Moss are all you have to look forward to.