It’s no easy feat to review a movie that crosses so many genre boundaries that it defies simple explanation. Colossal is part sci-fi monster movie, part quirky romantic comedy, part psychological revenge thriller and part satirical drama. If that sounds like a total mixed up jumble to you, it is. But surprisingly, it works. 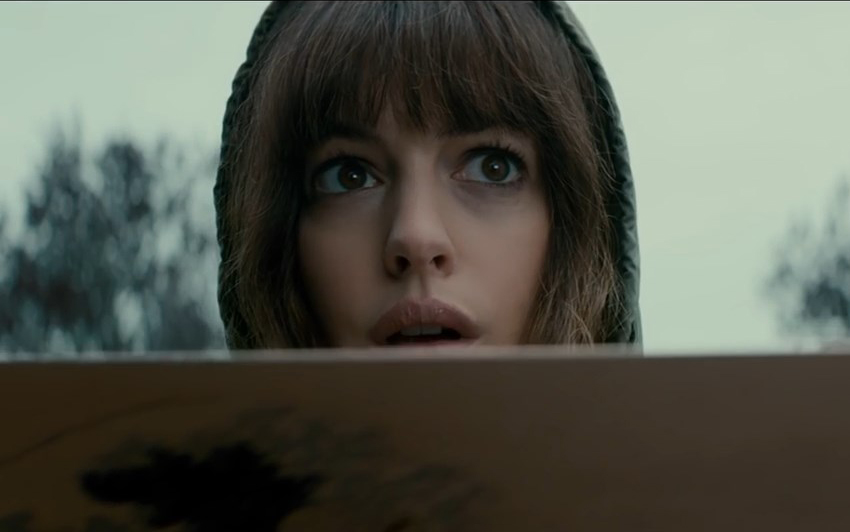 The story starts simply enough with Gloria (Anne Hathaway), an irresponsible, out-of-work and out-of-control drunk who gets kicked out of her apartment by her boyfriend (Dan Stevens), who has rightfully had enough of her antics. Forced to leave her life in New York, Gloria moves back to her parents’ abandoned home. Whether she wants it or not, the only one offering to help her back on her feet is former childhood admirer and grown-up town bar owner Oscar (Jason Sudeikis).

For a good while, the story plays along in a typical rags-to-redemption fashion, as Gloria finds her footing in a new life drastically different from what she’s used to. But when news reports surface that a giant creature is destroying Seoul, South Korea, Gloria gradually comes to the realisation that she is somehow connected to this far-off phenomenon. But how? And, more importantly, why? To say any more might spoil the surprises that writer-director Nacho Vigalondo has skilfully scattered within his film. But it’s no spoiler to say that Colossal is unlike anything else. Vigalondo gave himself a serious challenge with Colossal, but he delivers an unexpected and extraordinary story, even if it does occasionally stumble on its premise.

As the film moves between the genres mentioned earlier, it does so with surprising ease. Some of the tonal shifts are more jarring than others, and there were a few scenes I felt were both unnecessary and detrimental to the story, but for 90% of the time, it’s smooth sailing. There’s a single undercurrent maintained throughout that ties everything together nicely.

The immensely gifted Hathaway usually plays characters on the uptight side, but she also does utterly unhinged and does it well. Her puppy-eyed Gloria is the same time despairingly pathetic and quietly brave, which is a stretch for a single character, but she makes it work. Sudeikis is likewise engaging as he shifts from warmth and sincerity to mean and petty, showing that everyone is struggling with their own demons – in one form or another. Together, they give Colossal the right blend of heart, humour and dramatic heft needed to pull the whole thing off. 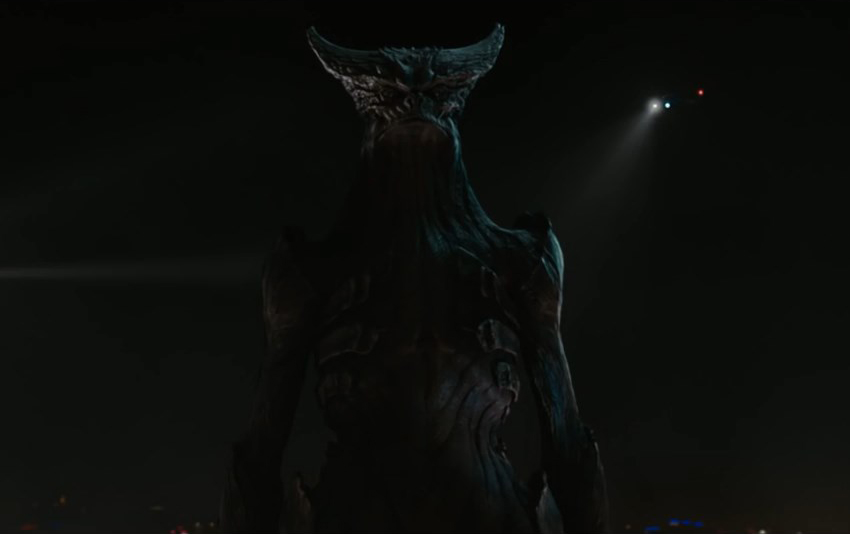 As I mentioned, for 90% of the run-time, the weird mash-up story works. For the other 10%, it does occasionally veer into complete silliness. With the underlying theme of coping with your demons, Colossal could have gone a lot darker than it did. Maybe that would have made the film more impactful, perhaps not. Personally, I feel that the even split between levity and brevity detracted from the latter, allowing the exciting ideas to flit off, where they should have stuck around in your mind instead.

It’s difficult not to admire Colossal for its pure ambition though. I don’t know if any such genre whirligig has been attempted before, but if it has, it undoubtedly won’t have been this successful. Colossal is strange, funny, ambiguous and undeniably niche. It’s best to just go with the flow.