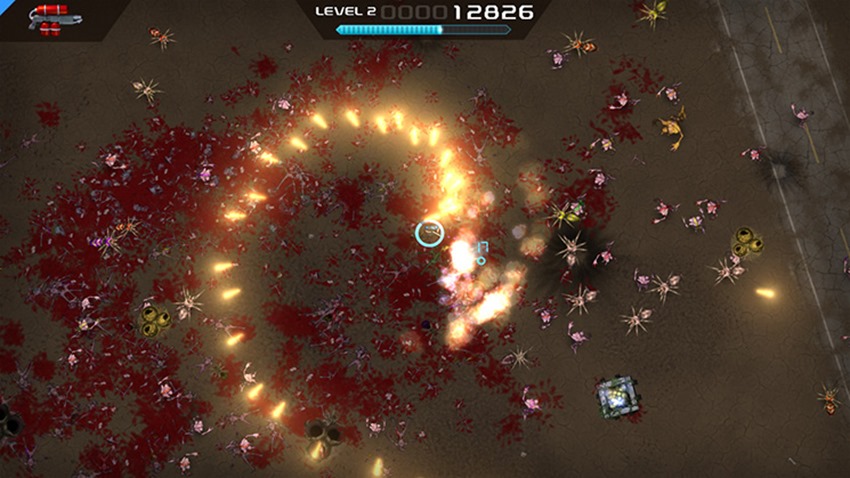 You look at the Nintendo Switch console, and you don’t just see the Big N finally catching up to the big boys in the industry while putting their own spin on things. You see a console which could be the perfect home to games that have yet to come and titles which are just begging for a quick port over. There’s plenty a legacy game out there that would feel at home on the Switch, even if nobody remembers their first rodeo with it. 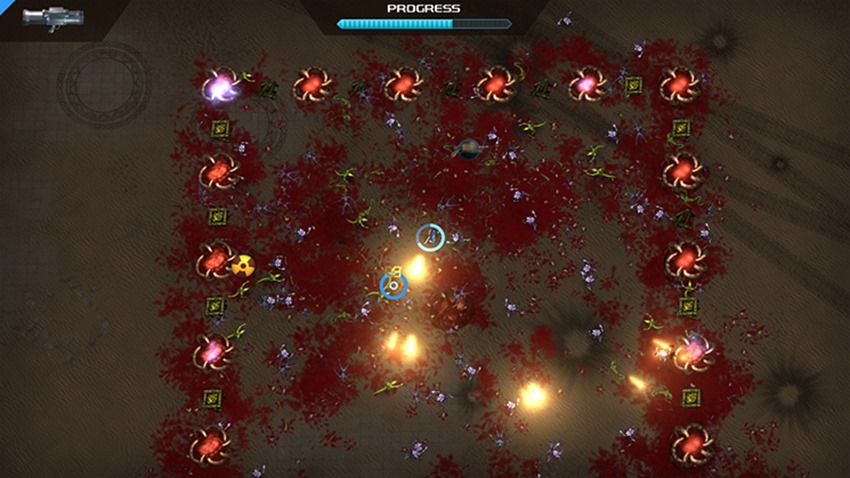 Crimsonland may just be one such game. In an age where the twin-stick shooter has been redefined and imagined countless times already, 10 Tons’ fledgling blast from the past feels somewhat archaic in the presence of genre entries that have layered all manner of new ideas and features within that action-packed category. 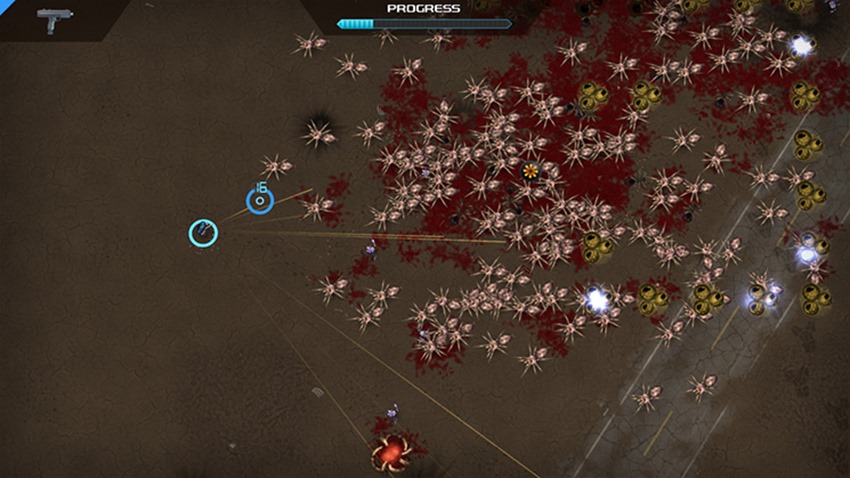 Thing is, Crimsonlands is still a damn fine game thanks to its simplicity. Its setup has never been bogged down in exposition or chunky narratives. You’re simply a guy with a gun and infinite bullets who happen to be incredibly talented at disposing of anything with or without a pulse. Whether it’s an army of spiders, invaders (possibly from space!) or even the undead, there’s no problem in Crimsonland that can’t be solved with a bullet to the head. 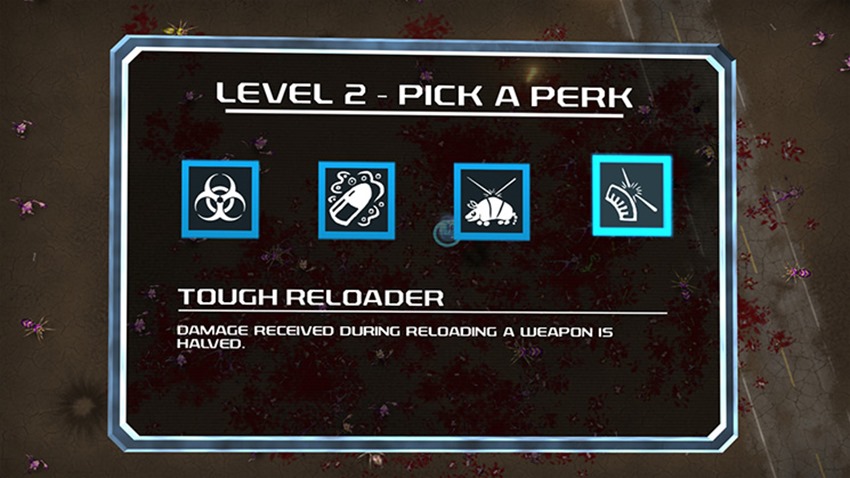 Where Crimsonland did manage to distinguish itself, was in the form of skills for kills. Players could pick up weapons that ranged from standard shotguns through to esoteric death-dealers, but combining them with several perks? Genius stuff. Provided that you rolled the dice right with these random offerings, you could augment an Ion (not that one) Shotgun to fire poison-inflicting rounds that would chain damage between enemies, constantly erupt in fireballs thanks to a reload talent or simply be more hazardous to the health of those around than an association with Harvey Weinstein. 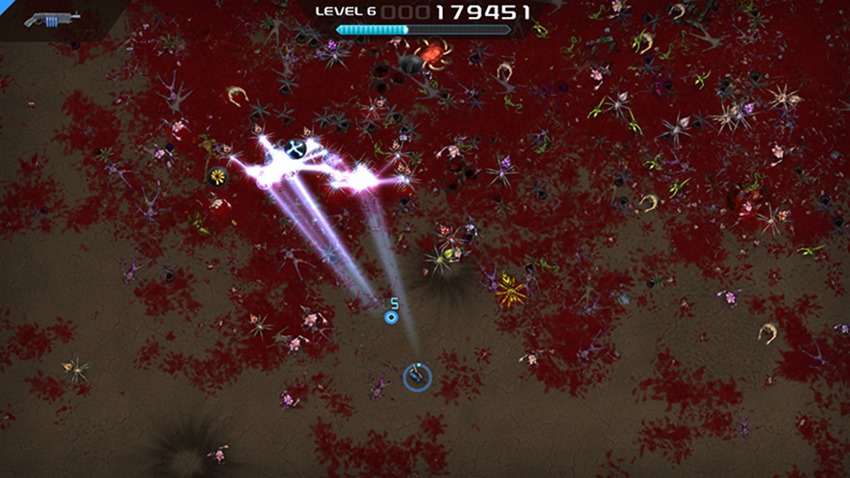 Good, solid gameplay. And if you’ve played the game on PC or Xbox One, it’s exactly the same on the Nintendo Switch. Well, minus the fact that the Switch version is missing an entire chapter’s worth of levels for some reason, which just so happen to be the best of the bunch available. Phoenix Rising was Crimsonland at its toughest, throwing a stupid amount of enemies at players as they cycled through perks and weapons to survive the various blitzes marching towards them. 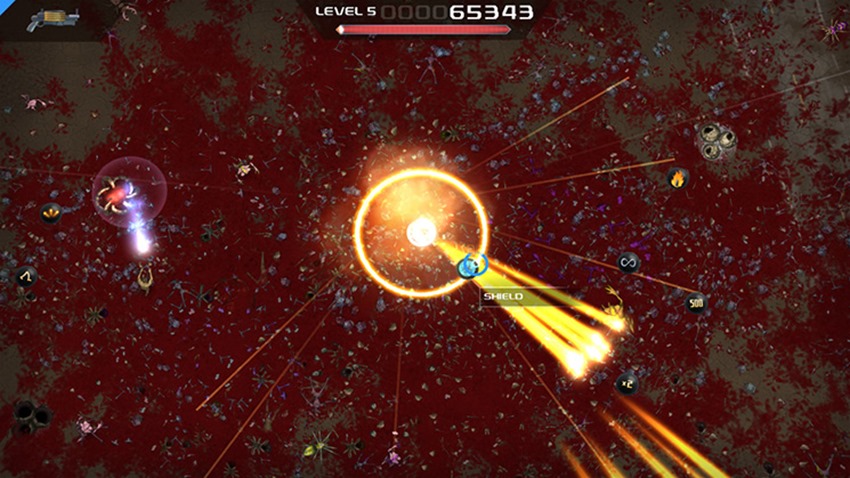 The omission feels somewhat odd and out of place, and whether that’s because of technical limitations or other reasons, I can’t say. Still, the Crimsonland on offer is cathartic enough for a quick blast on the Switch. It runs smoothly, and never skips a frame when you’re mobile with the console. If you ever wanted a chance to commit digital genocide on the move, Crimsonland has you covered.