Despite having only two games in the series, Dragon Age has a surprisingly chequered past. Origins was like a gift from The Maker himself, harking back to the RPG eras of old and delivering an all-round stellar experience. Dragon Age II, although not terrible, failed to live up to the first’s exceptional standards – an odd thing to say about a BioWare game. Inquisition is not the same Dragon Age as Origins, but it manages to take the best of both previous games and deliver something truly spellbinding. 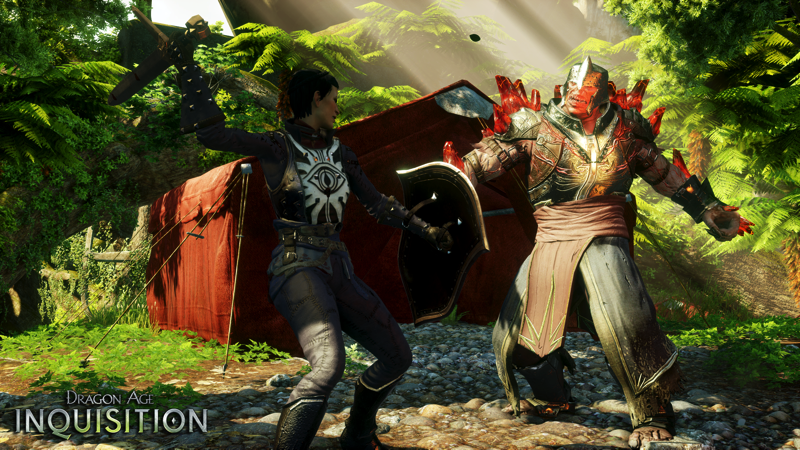 Dragon Age hasn’t been overhauled, but Inquisition certainly makes it feel different. That’s clear from the minute things kick off, as the focus of nearly everything happening around Thedas swirls slowly around you. Having survived a devastating attack on peace talks between the Chantry and the Templars, you’re left standing at the center of a massive rift that is allowing creatures from the Fade to creep into the world. The Breach threatens all life in Ferelden and its surrounding regions, and (surprise surprise) you’re the only one who can stop it.

Your followers like to call you the Herald or Inquisitor, but what Dragon Age makes you feel like is The Chosen One. The anchor, a green glowing cut on your hand that looks like radioactive gangrene, is the only thing that is able to close smaller Rifts leading to the Fade, and ultimately the massive green scar in the sky that’s making life a living hell. Inquisition uses this as a main driving force initially, but things soon shift into more political and sister territory. Someone was clearly behind the attack that left hundreds dead and a deep rooted scar on your hand, so it’s up to you and the bureaucratically free Inquisition to find out what’s what.

That sounds extremely linear, but playing as a brand new, powerful character makes things interesting. You’re the decision maker, the one residing on important choices and generation defining moments in history. Inquisition makes you feel every possible ramification of your choices – sometimes immediately and other times much further down the line. Thedas is still reeling from the Mage uprising, a delicate political feud that you’ll have to deal with even though the world is being ripped apart by all manners of demons. Inquisition finds a cohesive narrative balance throughout though, interweaving tales almost effortlessly and still ensuring that your acts as the Inquisitor have a noticeable impact on the world around you. 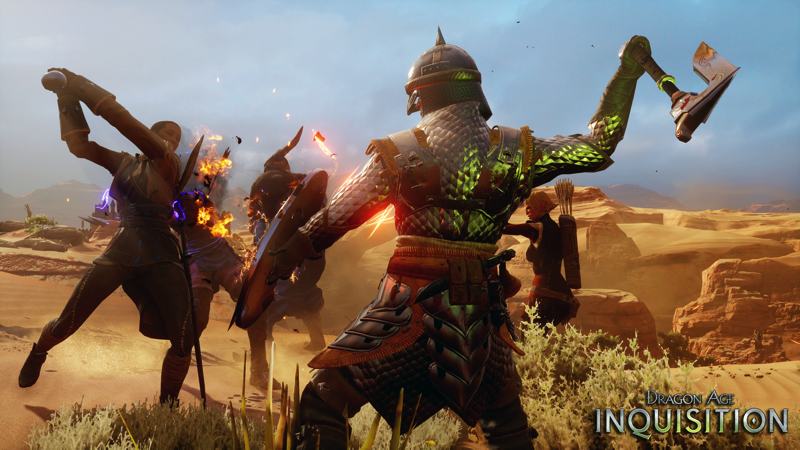 While the story revolves around your Inquisitor, it’s the bulk of the support cast that really brings the entire tale to life. Inquisition features a massive cast of incredibly diverse and interesting characters, all of whom have their own personal qualms just waiting to be investigated. There are hardly any cheap cliches to be found here, giving way for emotionally deep characters that you’ll feel compelled to sit down and have a conversion with. Their reactions to dialogue rest on some of the decisions you made as the all powerful Inquisitor, and BioWare really don’t need to prove anything further in this department. Dialogue, side characters and your closer party members are all spot on – a testament to tremendous skilled writing.

This incredibly long journey is about you though, and it all starts with character creation. There are five classes to pick from, simmering down to three fundamental choices: Rogue, Warrior or Mage. These are standard decisions in fantasy RPGs, so you’re probably feel right at home with your regular playing class. Picking between a Human, Elf, Dwarf or Qunari also affects your class, as race specific traits can make or break a build at higher difficulties. If you choose to play on normal though, this choice becomes easier and allows for more reckless combinations, considering the forgiving nature of combat.

Inquisition will not test your strategic fortitude unless you really start cranking up the difficulty. That’s nothing to get particularly alarmed over, since the combat is so incredibly satisfying throughout. It’s slick and fluid even on the limitations of a controller, allowing you to fire off skills and spells with ease and at a blistering pace. If you take on equally skilled enemies, you’re more than likely to get through just by focusing on yourself, playing as your Inquisitor, or any of your three party members, while everyone else on autopilot works in most cases. It allows you to just have fun with the combat while actually making a difference in battle, rather than tackling every encounter in a stop/start manner. More challenging encounters will force you to start thinking a lot more, and that’s where the tactical camera becomes your best friend. You’re able to pause the game and issue commands mid-battle, constructing your offense or eventual defense with absolute precision. The camera in tactical view can be a bit wonky at times, especially since it obeys the laws of regular traversal. You’ll have to use stairs to reach higher ground using an invisible camera, which sometimes put enemies out of my reach for no apparent reason. Still, the tactical view transforms Inquisition’s more action-focused combat into something slower – a feature fans will definitely be tickled pink over.

Having entertaining combat is great, since you’re going to encounter thousands of enemies that want to take your head off as you travel all over Thedas. Inquisition has an almost immeasurable scale. Instead of one massive open world, BioWare opted to cut up areas and create several massive hub worlds for you to get lost in. These hubs are peppered with content, supplementing the rather excellent main quests with all manners of side distractions. Some of these devolve into simple fetch quests that don’t really do anything but keep your experience counter ticking, but a fair share end up weaving into the Inquisition’s expansion over Thedas. Whether you’re taking over an enemy occupied fort to establish a hold over a region, or collecting supplies to bolster the Inquisition’s forces, everything feels like it fits into the greater picture, and therefore always feels important. Not only is most of this content good, but it also seems endless. Inquisition doesn’t let you rush through it, forcing you to wander off the laid out path and undertake new challenges. Completing quests rewards you with Power, which is used at your War Table to scout out and unlock new areas. The War Table also acts as the hub for the Inquisition’s operations, allowing you to send out party members to complete objectives in your stead. These are simple, duration based missions that offer up some small rewards, which takes out the fun of actually establishing a humanity saving operation. Dragon Age’s best parts include your involvement, and that’s where most of your time will be spent anyway.

Exploration isn’t just engrossing, it’s also an unbelievable visual treat, with the power of the latest Frostbite engine being put to its best use here. Inquisition is breathtakingly beautiful, with a varied and incredible interesting art direction bringing each region to life. Venturing out of Ferelden rewards you with the most stunning vistas the game has on offer, with the arid, desert regions lying to the far west being particularly standout. Inquisition is a fantasy RPG that sticks to traditional forest and wild lands roots, but isn’t afraid to venture out into a more expansive world. It makes the game feel that much bigger when the world feels this incurable massive, and seeing your influence reaching every tip is extremely rewarding. 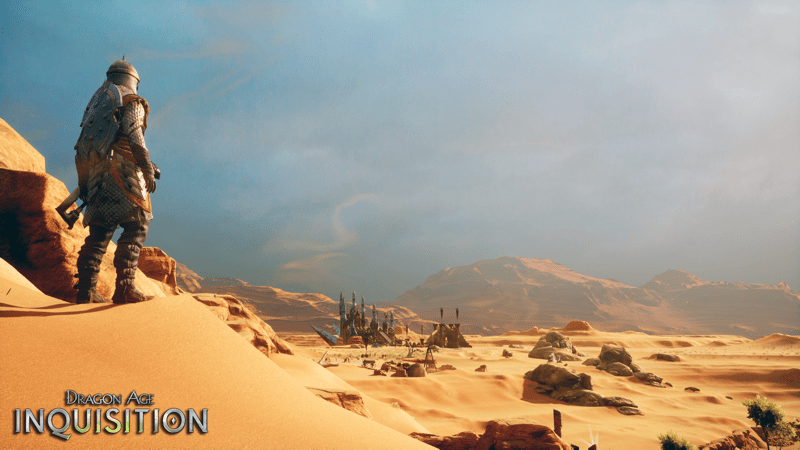 Inquisition is a game that’s going to keep you pushing forward for weeks, but it’s life is extended by a series first multiplayer mode. In similar fashion to Mass Effect 2, Inquisition’s multiplayer let’s you team up with friends and take on waves of enemies. You’ll upgrade skills, earn boosts to better future runs and pick up a few new characters along the way, all while slogging through three maps filled with ever changing enemies. Multiplayer is functional, but not all that engrossing as a singular experience. Although Inquisition’s combat is more action-focused, it’s still a relatively slow affair. Bottling that into a co-operative experience doesn’t translate as well as some may have hoped, but the game stands tall on its own two feet without it anyway.