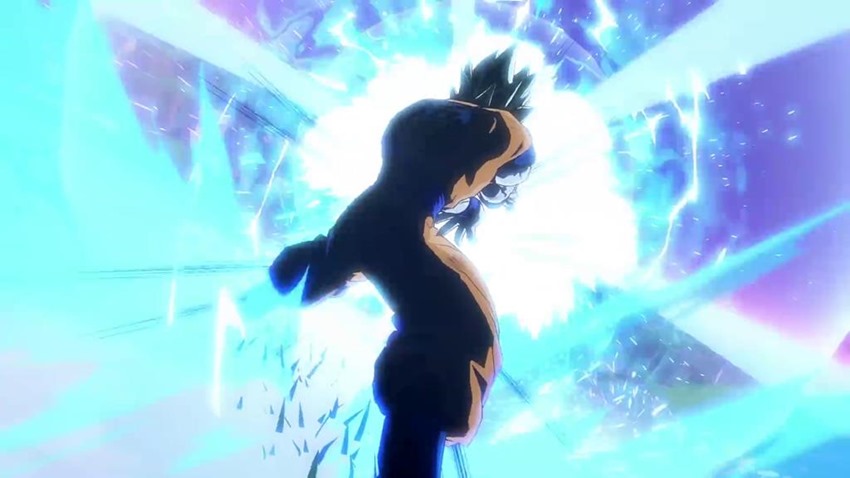 There has never ever been a truly great Dragon Ball fighting game. Before you go over 9000 in outrage, hear me out here. Sure, there have been good Dragon Ball games in the past, like the recent XenoVerse entries and even the classic Budokai series from a much older generation, but none of them have ever managed to provide what fighting game fans truly seek: An evenly-matched competition. 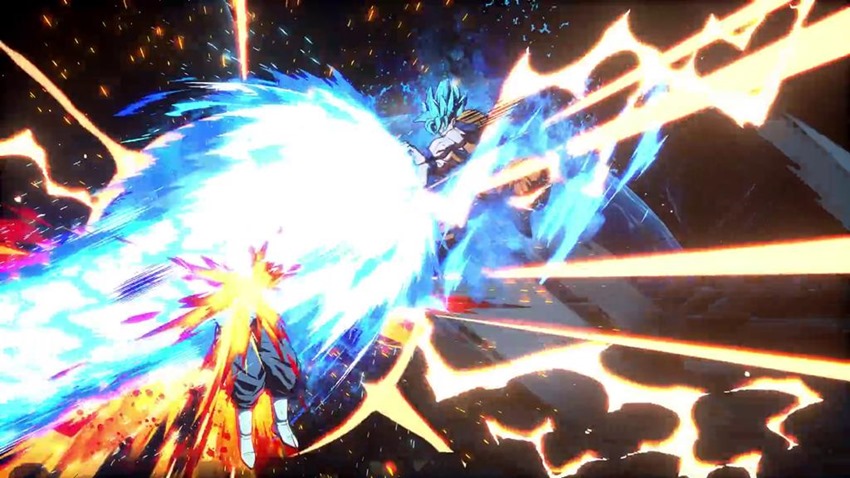 In a genre where balance is everything, making a fighting game is a battle that has to be waged on two fronts. How do you create a game which pleases the hardcore community of fisticuffs fanatics who help support said title in the months to come, while also attracting a new generation of fans to form a future foundation for the franchise? 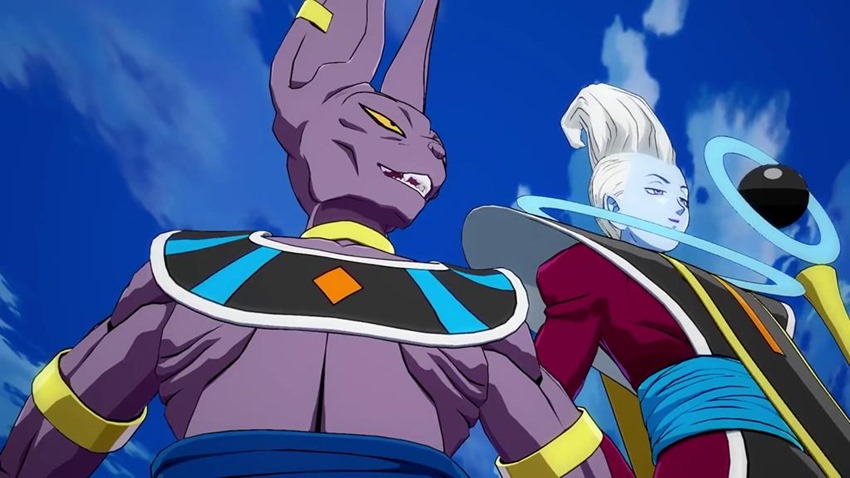 Dragon Ball FighterZ is the answer to that question, a dynamic explosion of colour and accessibility that never forgets its roots. It’s not just a fantastic game set in a universe of gods and dragons. It’s the best Dragon Ball fighting game ever made. Period.

a visceral explosion of power

Veterans may raise an eyebrow at a claim that probably spent a solid year training in the Hyperbole Chamber on Kami’s lookout. After all, Dragon Ball FighterZ may look like a visceral explosion of power, but surely dialling in combos with simple button presses and easy combos means a game that is more about style rather substance…right? 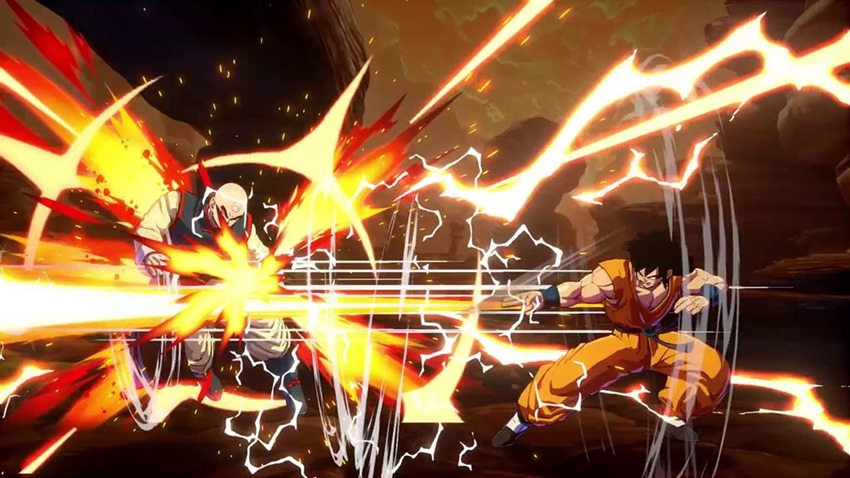 Yes, Dragon Ball FighterZ’s combos are easy enough to execute that even Yamcha could look like a contender against the likes of Super Saiyan gods like Vegeta and Goku. Attacks are focused on industry standard light, medium and heavy attacks, with a single button being reserved for long-distance Ki blasts and other signature energy attacks.

A few taps of a button in a specific category dials in hard-hitting blows that can lead to entire mountain ranges being shattered in the ensuing brouhaha, while closing the gap between opponents is a feat that could be achieved with a single thumb. It looks good, the power fantasy is pure overkill and the moveset isn’t bloated. 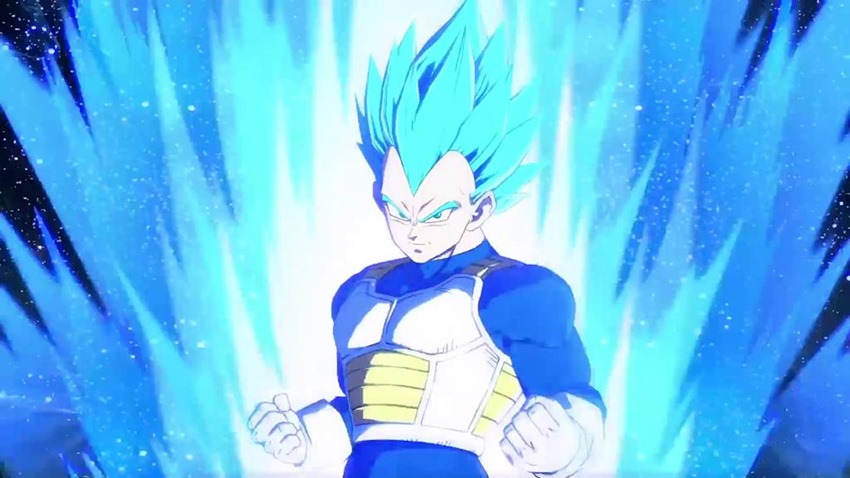 That’s where Dragon Ball FighterZ scores plenty of points when it comes to introducing the basics of fighting game techniques to newcomers. It isn’t just easy…it’s fun to learn. Sending a god of destruction hurtling away with enough force to atomise a skyscraper or finishing a match with an energy attack that results in an entire nation having its landscape rearranged never gets old.

It’s when players experiment with the tools that Guilty Gear and BlazBlue developer Arc System Works have provided, that Dragon Ball FighterZ feels like a fighting game that can proudly stand tall with industry giants. Counters, delays and using a single frame within which to launch a vicious Final Flash at an opponent who is all brawn and no brains feels amazing in action. 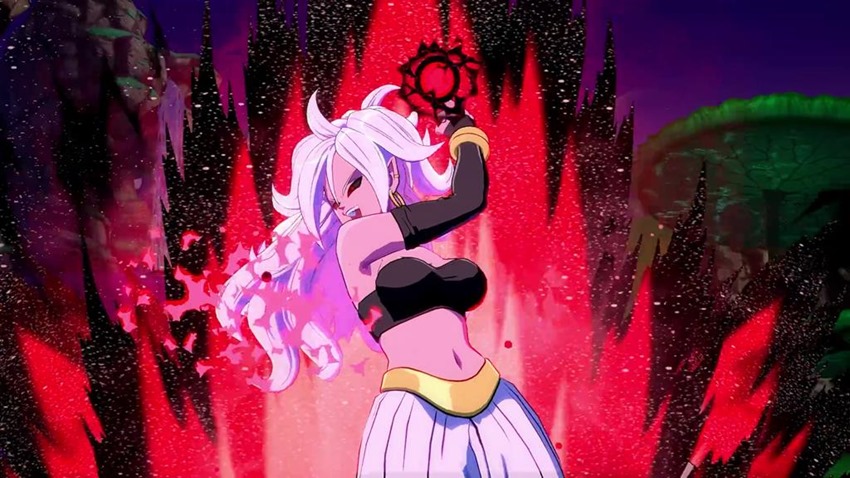 These are ideas which we take for granted within the genre, but under the expert guidance of Arc System Works these mechanics feel fresh and vivid. Hell, the amount of polish in Dragon Ball FighterZ feels like the end result of a comparable fighting game that has already received a dozen patches to help tweak its balance.

All of this, in a game that’s faster than Burter on his best day. I’m not joking: Dragon Ball FighterZ plays with an intensity that requires you to have light-speed quick thumbs for its more challenging brawls. While the screen can get chaotic with world-ending supers, it never feels unfair. In many ways, FighterZ feels like the definitive Dragon Ball experience in its larger than life characters whose every step has the potential to cause an earthquake and every punch thrown has the momentum of an extinction event behind it. 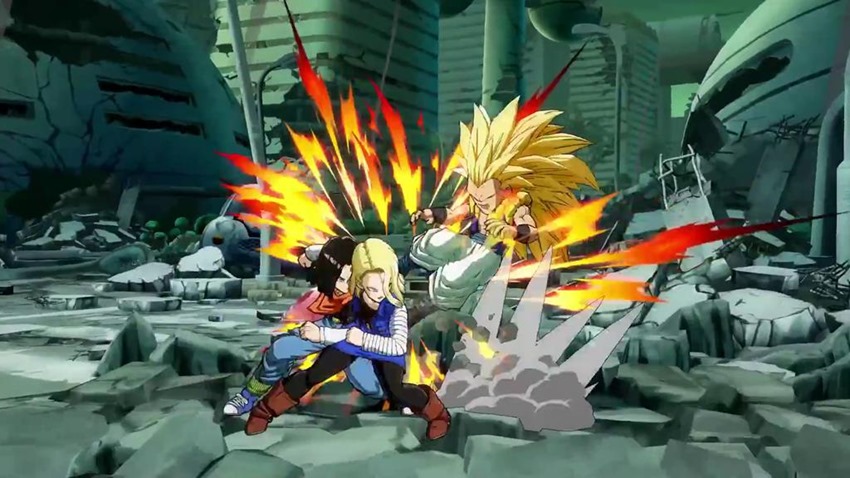 To keep matches from cutting out prematurely, FighterZ focuses on building a team of Z Warriors. A quick tap of the left shoulder buttons can cycle in a teammate to lend a hand, while holding it for a touch longer swaps in your pal while your roster takes a breather. Combined with the kinetic playstyle, Dragon Ball FighterZ’s team-based gameplay feels familiar and easy enough, but in the hands of seasoned warriors? It’s a devastatingly powerful tool that can be used to decimate an entire team if they make a single misstep.

When two opponents of equal strength face off with the varied roster of 24 warriors, the culmination of all these tools and ideas creates Dragon Ball FighterZ’s finest hour: A battle of gods, that can decimate an entire solar system with ease as any fight has the potential to be as memorable as some of the finest conflicts in the entire history of the manga and anime series. 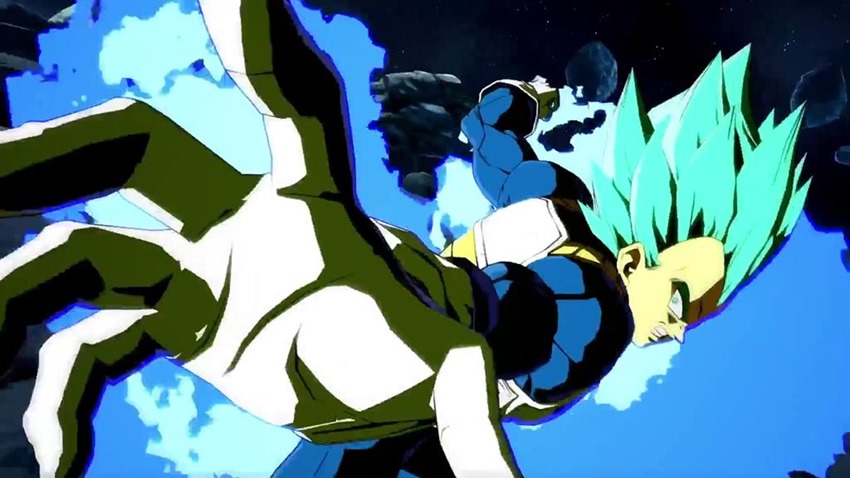 All of these ideas need an arena within which to exist of course. On that front, Dragon Ball FighterZ has several domains within which to battle, although some are more hit (No not him) than miss. Take story mode for instance. On the surface, you’ve got an original tale that doesn’t recycle familiar plot beats like taking a special beam cannon to the guts while you bear-hug your evil brother from another galaxy or having to watch Perfect Cell warm the back of his hand up by slapping Hercule around.

Instead, you’ve got a narrative that revolves around resurrected villains, evil clones and linking your soul with Dragon Ball icons as you race to save the day. It’s…well it’s OK at best, and highly repetitive most of the time as you find yourself facing the same opponents time and time again. While Dragon Ball FighterZ does throw in some of the lightest of RPG elements into the mix, it doesn’t exactly feel like a substantial necessity as even the lowest-ranked Saiyan warrior has the potential to utterly demolish the likes of Majin Buu and Frieza. 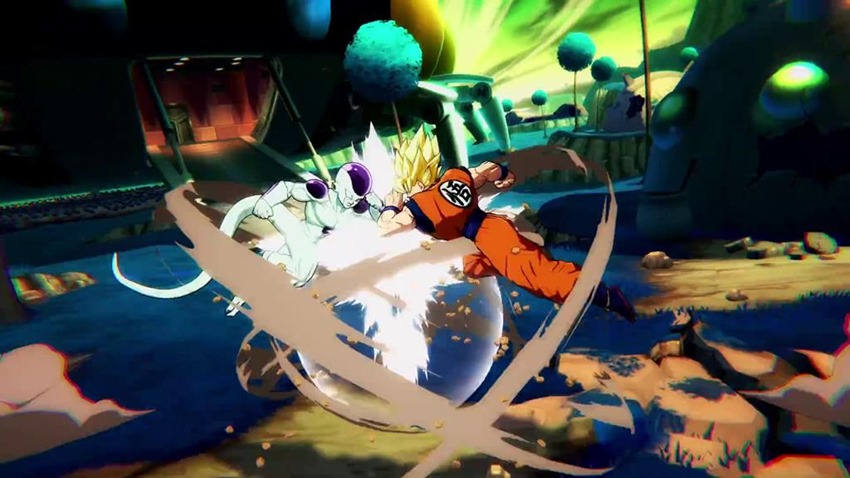 On the plus side, Android 21 serves as not only a great foil but also as the kind of fun villain that Dragon Ball has been missing for far too long. She’s adorable, maniacal and she’ll turn you into candy given half the chance. I can’t get enough of her. Even with a whimsical villain, the story still drags on an on even when it reaches the halfway point, let alone the ten to twelve hours you’ll need to invest in the entire narrative.

Arcade mode feels like a better utilisation of Arc System Works however. The idea is simple enough: Fight your way through the ladder above you, while constantly fending off attacks from opponents who’ll give you a run for your Zeni. Dragon Ball FighterZ rewards S-rank play with punishing new opponents, forcing players to always sharpen their senses and never become complacent. 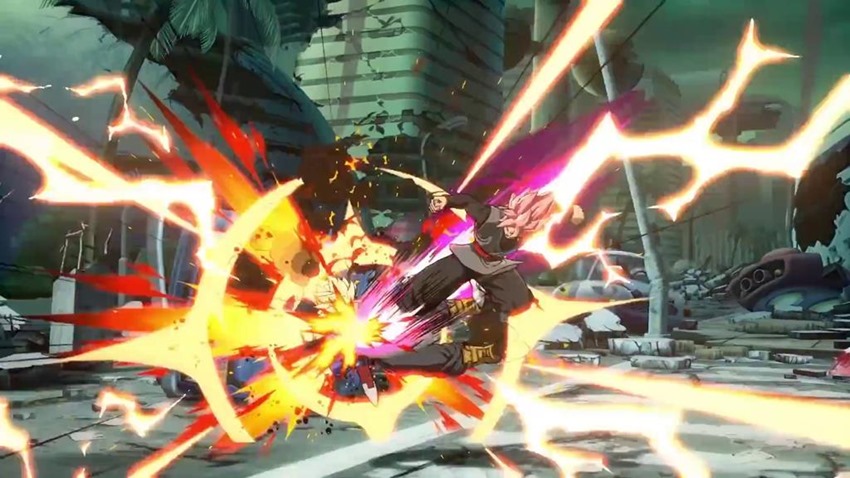 a motivator to get good

It’s such a basic idea, that I’ve been blasted away by, as good matches result in better moments between punches and ki blasts while poorer efforts mean easier bouts as Dragon Ball FighterZ takes pity on you. Think of it as a motivator to get good.

We’re still in the early stages of Dragon Ball FighterZ, ahead of its Friday launch. How will its servers handle a load of enthusiastic fans? Will the divide between accessible and veteran-ready gameplay prove to be the perfect fusion (HAAAA!) for Z warriors new and old? Will loot capsules catch on? Questions that have to and will be answered after launch when more fists are being thrown online. 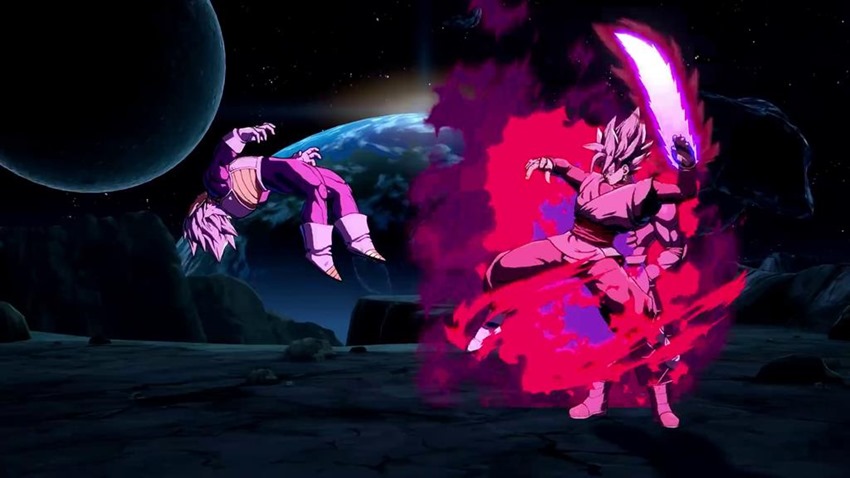 a love letter to a franchise

While Dragon Ball FighterZ is the kind of game that’s meant to be open to everyone, it’s the love and care in the final product that truly defines it. Arc System Works haven’t just created one of the best fighting games of the year…they’ve built a love letter to a franchise that has resonated with audiences for decades now.

Whether it’s Goku’s signature Kame-Hame-Ha being fired off or characters exchanging witty barbs between blows, Dragon Ball FighterZ exists as the kind of fan service that feels genuine instead of being a pure spectacle of hard-hitting delights. There’s a lot of love that clearly went into the creation of even the most minor of visuals within Dragon Ball FighterZ, that has helped create a fighting game that is endlessly satisfying and a proud ambassador of the brand. 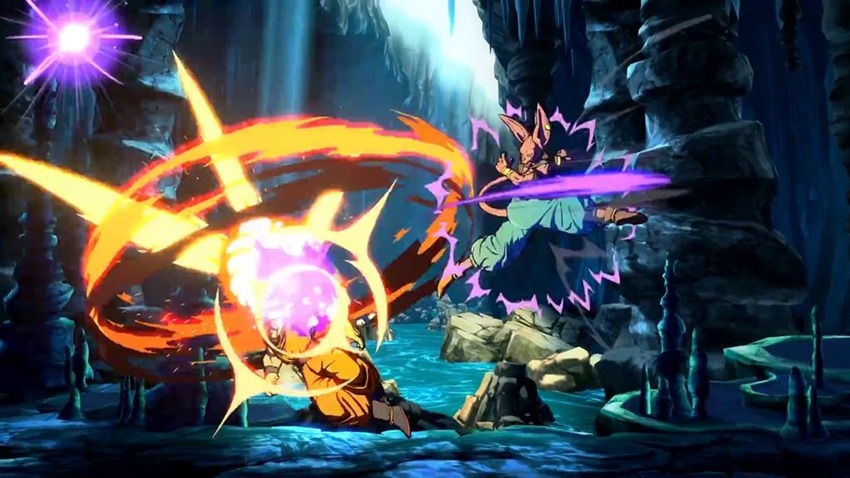