Demons are always horrific spirits that are frightening to watch as they possess their different victims and cause terror on many a household. Now imagine a demon that could possess others through the power of a webcamera and the internet, and how frightening that would be. No wait, don’t imagine it because the filmmakers behind E-Demon did just that and it’s terrible. But not terrible for the fate of humanity, just terrible for those who choose to watch it. 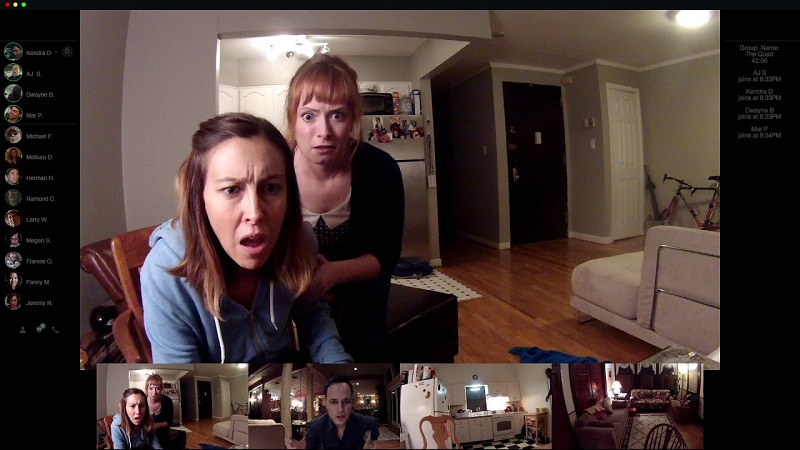 E-Demon is another in the found footage genre of films, but this time instead of a lost camera recording, we’re introduced to a live web chat between four college friends (Julia Kelly, John Anthony Wylliams, Christopher Daftsios, Ryan Redebaugh) who now all live apart and have lives of their own. They also have a tendency to play pranks on each other and when two of them jokingly trick the others into unlocking a demon, it appears they may have accidentally unleashed more than they bargained for.

Because of the nature of the style of the movie, E-Demon is hard to watch. Because it takes on the form of a web chat, a lot of the movie is filmed via web cameras and the low resolution and often blurry buffering that takes place can be a little unsettling. It also means that at times you can get 4 or 5 different images from the different webcams on your screen at any given time, plus onscreen chat and a person’s desktop which means there is a lot to look at and it can be tough to focus at times on what you should. 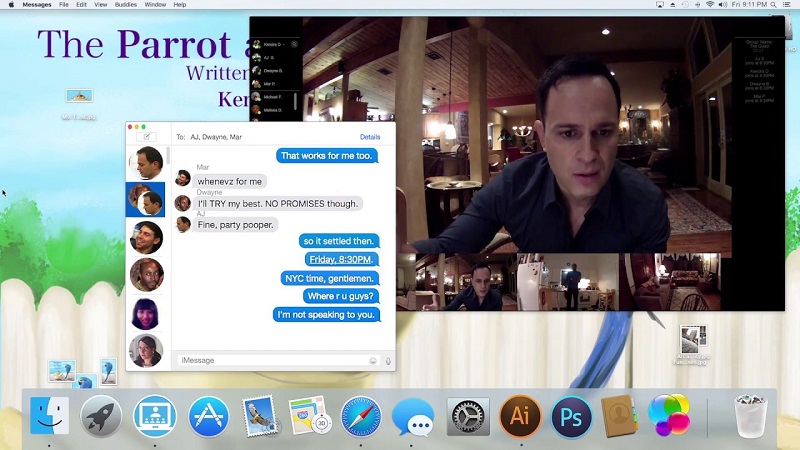 However, this is understandable given its low budget approach and format and you can at least praise writer and director Jeremy Wechter for their attempts to try and keep the authenticity of the whole concept together. The film’s problems lie not in its concept, but rather in its bland story and middling acting which makes the whole attempt at authenticity seem completely unbelievable. While you can understand the characters not always being clear on whether what is happening is real or just part of another elaborate plank, some of the scenes and behaviours of the characters seems so unusual that you form no connection to them. Things like this should be more traumatic than they appear, but the actors just can’t pull off the intensity required to make the many scenes work. Not to mention you see onscreen murders taking place when the poor visual effects make it look obviously fake. 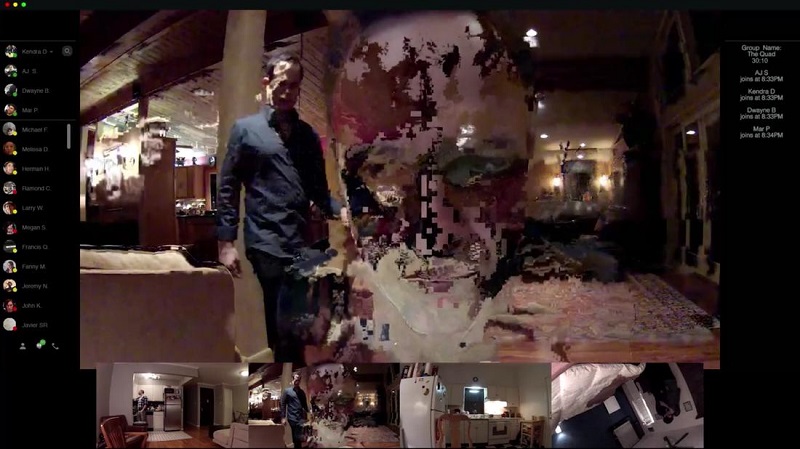 Demons and possessions are also meant to work by certain rules and this movie towards the end sets up a whole bunch of rules that they figure out the demon is supposed to follow, except only it doesn’t explain why certain people have become possessed and others haven’t. It appears the demon only follows those rules once the characters become aware of them, but everything that happens before then doesn’t match those rules and makes the whole story feel rather silly. And while they have tried to make the editing as cohesive as possible between the different camera, there are a couple of moments where characters are supposed to be typing something yet according to the camera they aren’t- again breaking some of the immersion. 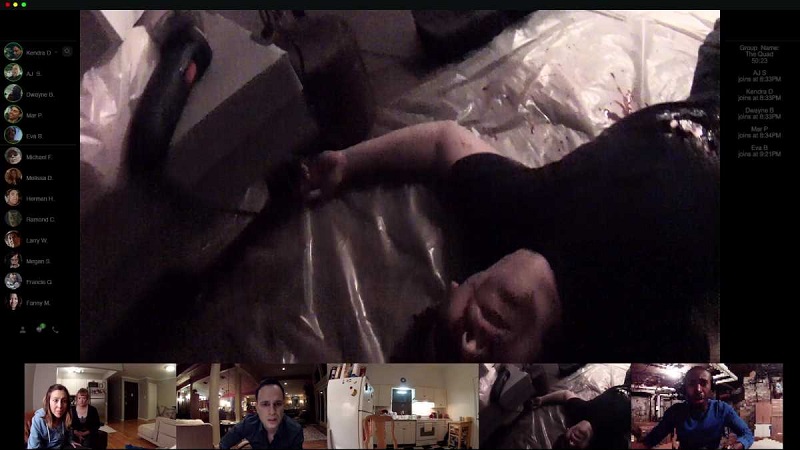 It is unfortunately criminal, for a film like this, completely lacking in atmosphere and scares. Part of what has made successful found footage movies like The Blair Witch Project, Paranormal Activity, and Cloverfield work is that they had a lot of atmosphere and big moments that paid off. E-Demon lacks these and although its story promises something grim and demonic, it never quite feels like it and the concept falls flat. With a found footage type film, you need to give audiences something more to make the difficulty of watching it worthwhile. E-Demon simply doesn’t deliver on its cool concept. It’s a bland story made only more difficult to watch by its ambitious ideas as a result.

So if you’re looking for something refreshingly different to watch or the next big thing in horror, look elsewhere. This is not it. It may certainly try hard to create a new trend in filmmaking, but it just doesn’t have enough going for it. The biggest tragedy in E-Demon, is the movie itself.