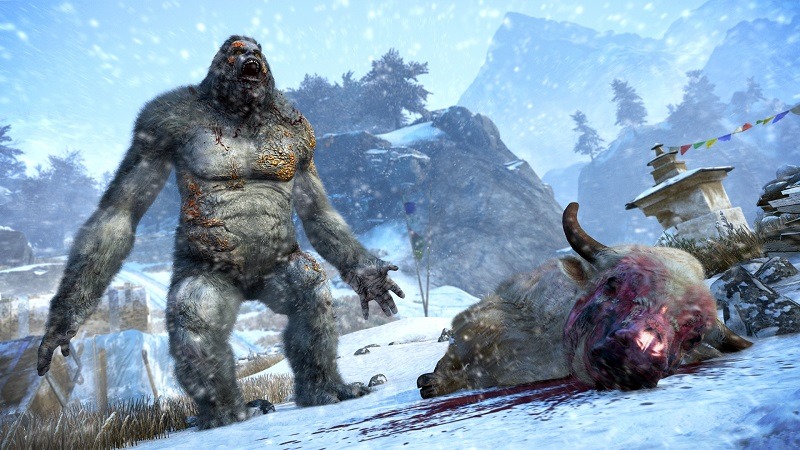 There’s a lot to love about Far Cry 4, from it’s beautiful sweeping mountain vistas, to the fact that you can blast a pursuer in a tense cliff-side vehicle chase with a grenade launcher while pumping some Bollywood in the background. On the other hand, there’s a lot to hate about the initial offering of DLC from the game, Escape From Durgesh as it took the more annoying aspects of Far Cry 4 and amplified them into a time trial nightmare that wasn’t worth the season pass it came with. Far Cry 4’s sophomore effort, Valley Of The Yetis has a lot of lost ground to regain. Which it easily does, and then some.

Any helicopter crash landing that you can walk away from while mysteriously losing your pilot on the top of an uncharted mountain range that has seen various hunters and explorers brutally murdered over several decades, is a good landing. That’s where Valley Of The Yetis takes off, as resident hero and Golden Path struggle icon Ajay Ghale finds himself outmanned, outgunned and cryptically stalked by Himalayan cryptids that happen to be craving some human flesh. Once again, you’re right back at square one in terms of progression. Your skills have been reset, your fancy arsenal is gone and you’re about as helpless as a newborn mountain goat that’s about to suffer a Yak attack. Ordinarily, this would be an annoyance in and of itself, but Far Cry 4 sequel DLC plays things smart by at least allowing you to once again plow through the progression system, easily earning experience points that will have you kicking ass and taking names in no time at all. And you’ll need that assortment of ass-kicking skills, as you’re stuck for the forseeable future in a high-altitude valley that is cut off from the rest of Kyrat. It’s a nice chunk of real estate to explore, a winter wonderland filled with murderous wildlife, new areas to spelunk through and a relay station which forms a crucial part of the DLC experience. You’ll liberate this outpost early on in the game, but you’ll soon find that it requires protecting every night as a murderous cult descends on it every night after a completed mission, looking to evict your ass out with explosives. They’ll assault you in waves, with each attack becoming more vicious than the last. Fortunately, you can upgrade this post with fire traps, minefields and mounted grenade launchers to help even the odds. Various side quests will help unlock these upgrades, or you can buy them yourself. 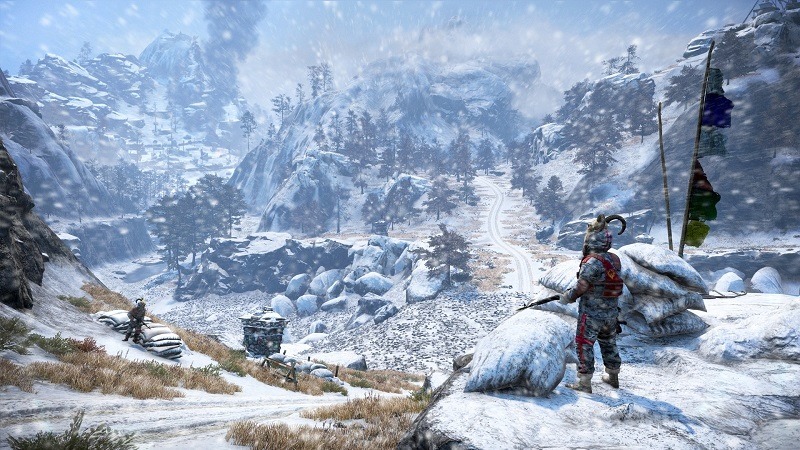 When you do leave camp however, you’ll most likely find yourself either engaging with the pissed-off wildlife, or the alpha predator Yetis who roam the valley. Much like Far Cry 3’s Blood Dragons from that titular expansion, these creatures are designed to invoke fear and a certain sense of oh sh*t when you spot one. They’re massive, brutal and deceptively fast as having a vehicle is no guarantee that you’ll escape their clutches. They’re also ridiculously resistant to bullets, requiring some heavy firepower to weaken and then finish off. Just don’t make them angry. You wouldn’t like a Yeti when it’s angry. 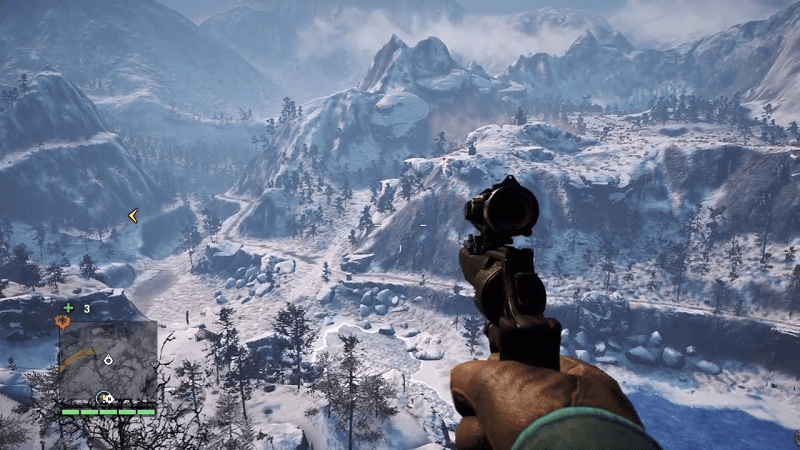 Between the wildlife and the Yetis, you’ll also encounter a mysterious cult, although they’re very much a re-skinned form of Pagan Min’s troops. All the usual suspects are there, from Molotov cocktail troops to heavy gunners, and they’ll pose a big enough risk at night when they attack in numbers. With all of those features, Valley Of The Yetis is a much better experience than Escape From Durgesh. It’s also the kind of game that has very little incidental music looping in the background, an omission which helps punctuate the desolate and eerie nature of the valley around you. Despite resetting the game, the natural progression of earning XP and searching the map for free guns feels natural and organic. It doesn’t feel like a chore, and instead comes off as a soft reboot that revitalises the Far Cry 4 experience.