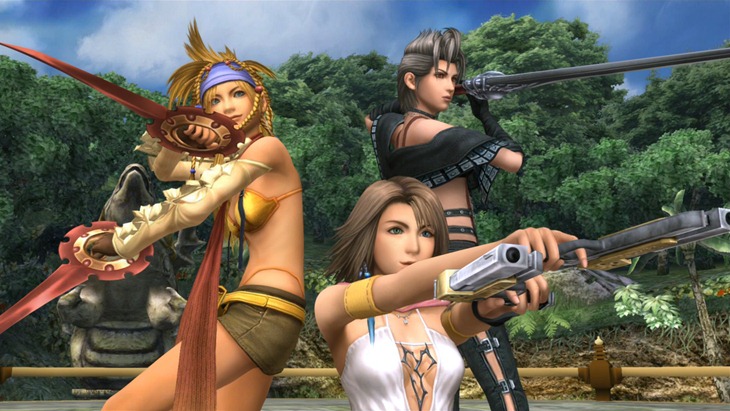 I remember the day that I first saw Final Fantasy X. It looked good! This was in the day of bulky 480p TV screens, but hell, the game looked stunning back then. And then Auron spoke, which was something that I had never seen in a Final Fantasy game. Years later, it’s still a great game, and possibly even better with an HD sheen to it. Here’s what the critics have to say.

Even years later, Final Fantasy X is still an exciting RPG, telling a compelling story with plenty of momentum. While the crazy girls-night-out theatrics of X-2 might still cause you to roll your eyes, the battle system is still fast and fun. For those who want the complete arc of the Final Fantasy X saga, the collection delivers. Even without a nostalgic lens, both games hold up well.

As far as videogame remasters go, Final Fantasy X and X-2 are at the top of the list as far as quality is concerned. It’s clear that Square Enix put a lot of time into both of these beloved titles, and as a series fan I really appreciate that. They’ve made both of these great games even better with this remastering, and any fan of either should definitely check them out.

With enhanced art and music, tons of extra in-game content, cross-save compatibility, and bundling two huge games for the price of one, it’s a lot of bang for your buck. There’s so much to see and do, and being rewarded with new Trophies for going the extra mile with challenges and exploration feels great.

Poke Zoe with a stick, she said that she wanted to be our RPG lady and I don’t buy her story of Tales of Symphonia burning her out after 60 hours. Also, Darryn needs to stop singing the FF-X2 theme song and dressing up like Yuna.

I’m actually keen to play through the X-2 portion, which beyond the oodles of fan service that was thrown into it, was a pretty solid game overall. That, and I never finished it. This needs to be addressed. Final Fantasy X/X-2 HD Remaster is out on PlayStation 3 and PS Vita later this month.