Breathless is often how I feel when I’ve been out running for too long. It is also how I felt watching much of First Man where the harrowing challenges of manned space flight are both beautifully and realistically depicted to a degree that has not been shown before and left me actually kind of grateful I’m not an astronaut. Thanks for killing my dreams, First Man. 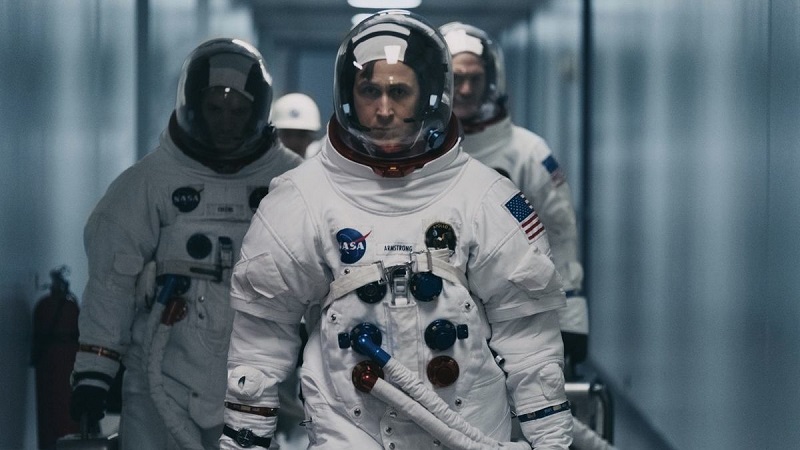 In the short span of just three movies, director Damien Chazelle has shown a remarkable ability to recreate and take on new things. Whiplash was a gritty and edgy musically-inspired film, La La Land was a glossy throwback to the musicals of old, and First Man… well it’s something else entirely as this time he tries his hand at a biopic and quite literally puts us in the seat of the first man (or second, depending on which version of history you choose to follow) to set foot on the moon.

If you were thinking that First Man would be a CGI fest of showcasing American triumph over the Russians at being the first in space though then you couldn’t be further from the truth. First Man is all about character – Neil Armstrong’s character to be exact. Despite the overarching lunar conquest, Chazelle keeps the story very narrow and firmly focused on how the stoic Armstrong (brought to life by Ryan Gosling) would’ve potentially interpreted the many key moments that defined his life and led to him finally reaching the moon. 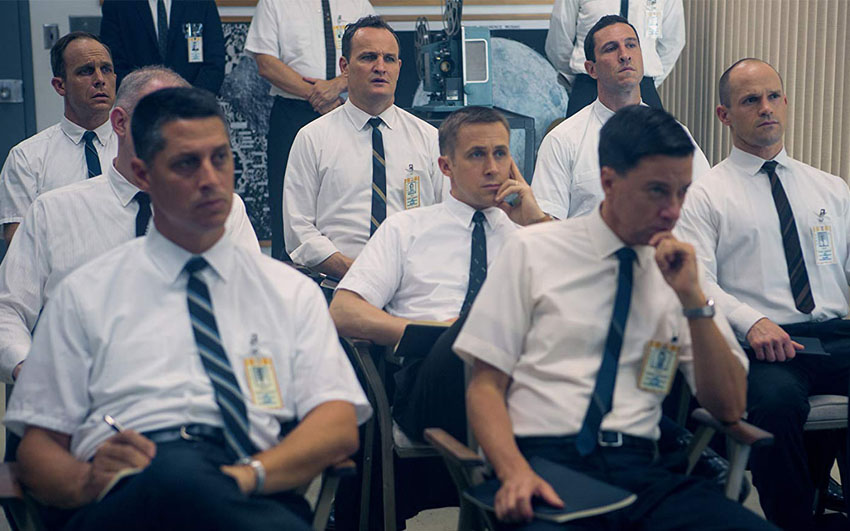 And it’s a story which also spans a considerable length of time with over 8 years transpiring between the film’s gripping opening to the moon landing. We learn of Armstrong’s early days as an exceptionally talented pilot and engineer, and the personal hardships he and wife Jan (Claire Foy) had to endure – most importantly the untimely death of their young daughter early, the source of much of Armstrong’s heavily internalized turmoil – until that fateful 1969 mission that would see his name enter the history books.

The story – based off the book First Man: The Life of Neil A. Armstrong by James R. Hansen and adapted for screen by Josh singer – focuses on key moments during both the course of Armstrong’s life and the development of NASA’s Gemini and Apollo programs, with each beat being its own mini-story of sorts building up to a climactic high, before time jumping to the next phase of the story. It’s a rapid fire approach which keeps the story moving forward while also keeping it interesting and exciting, but also disconnects you from some of the big moments as it doesn’t allow the scenes to linger for too long. The story also embellishes certain details of Armstrong’s story for emotional effect, something which could upset purists but does make for great storytelling. 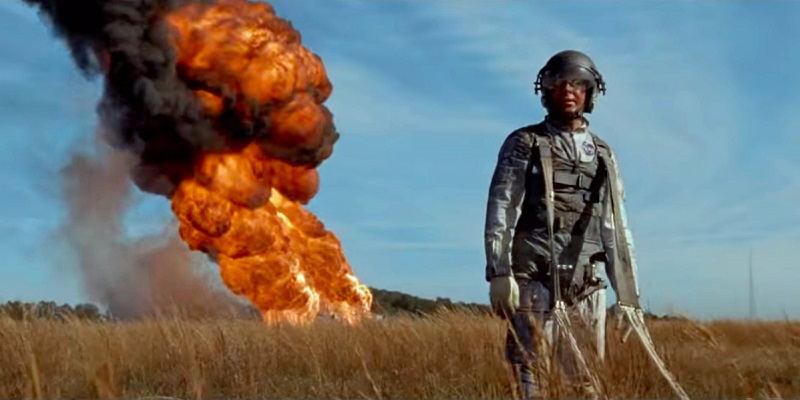 The first thing you will notice about First Man is its look. This is no glossy, slick, high-resolution movie, but rather designed to look and feel like its era, with a muted colour panel and a grainy, hand-held feel to Linus Sandgren’s cinematography. This approach also describes a lot of the film’s art direction where sets are not bright and shiny, with a focus on authenticity over sheen. Even Chazelle’s direction takes the same approach as he doesn’t look to bring every shot perfectly in focus, but has subtle blurs in many of the shots.

Don’t think the filmmaker is being lazy here though as it is all incredibly deliberate. He has meticulously crafted these shots to feel and look strikingly authentic and it all adds to the immersion of the story. The only criticism I could give his direction is that he perhaps overuses the shaky camera effect. While it works incredibly effectively in many of the films tense spaceflight moments as you feel like you’re right there with Armstrong as he’s violently rattled about by the blusterous rocket beneath him, there are few occasions – particularly quieter dialogue scenes – where a more serene camera would’ve allowed us to focus better on what is going rather than feeling so unsettled all the time.

Speaking of design, Chazelle and team have tried to tell the story as realistically as possible and have gone to great effort to recreate the different cockpits, lunar craft and technology of the day. The film relies on mostly practical efforts more than CGI, but even where CGI has been used, you would barely be able to tell as it all looks and feels so real. Expect the movie to definitely be in the running for a lot of awards coming award season, not just in the main categories, but these technical ones as well. 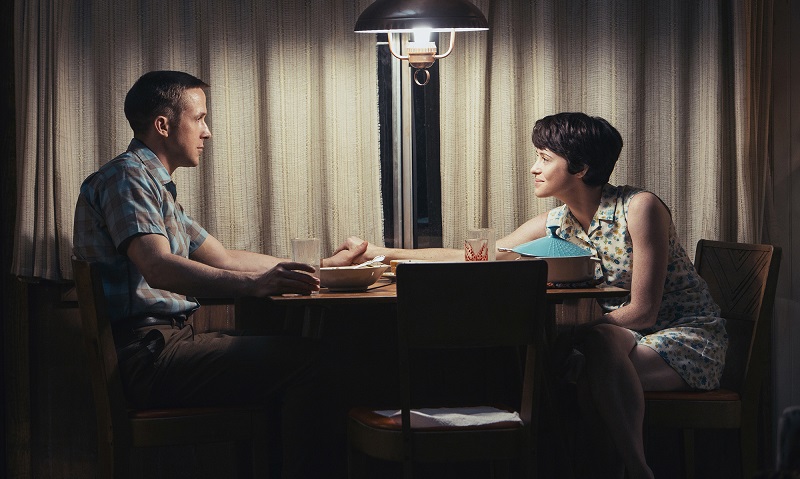 I expected First Man to play out more as a straight biopic that simply showcases its narrative through exceptional acting but Chazelle has dissected these important moments of Armstrong life and builds up each of them into points of high tension and emotion. From the first scene we see Armstrong already fighting for his life in an early piloting experience and straight away you are gripped by the high stakes of it all.

Chazelle brings us into the thoughts of Armstrong by often placing you in the eyes of the character when he is going through significant new experiences and it is an effect that works from climbing into a space shuttle for the first time, experience lift-off, barrelling out of control in a spaceflight or seeing the moon for the first time. You feel the magic, awe and disorientation that Armstrong may have been feeling. Those first-person shots are not over-used though, so you still get a sense of the occasion and story and Ryan Gosling’s performance still remains the main connection which we have in understanding the emotions of the character. And it’s a performance that Gosling pulls off impressively understated fashion, relying more on mood and facial emotions than a lot of dialogue. 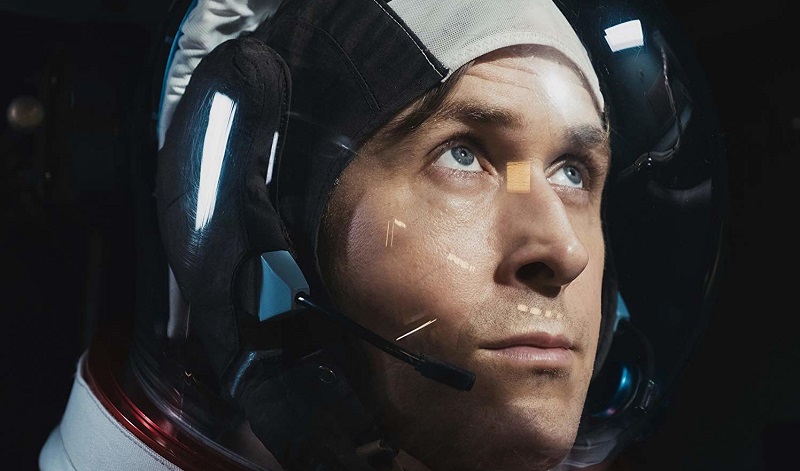 First Man is definitely one of the Oscar-nominated actor’s best performances to date, but much like in La-La Land, his previous collaboration with Chazelle, his intentionally simmering efforts gets overshadowed a bit by his female counterpart. Claire Foy’s Jan Armstrong might be more of a background player in this film, but the Golden Globe-winning actress handles the role of fully-justified paranoid wife who doesn’t want to raise their kids all by herself with exceptional ease. The emotional range required from her is far more challenging than the more measured, stoic and outwardly unemotional Armstrong that Gosling needs to be, and she nails it. The film also stars an amazingly stacked cast of talented actors in Jason Clarke, Kyle Chandler, Patrick Fugit, Corey Stoll, Pablo Schreiber, Shea Whigham, Christopher Abbott and Ciaran Hinds, who all play their part wonderfully in contributing to the strong focus on character.

Another aspect of First Man which I thought was cleverly executed was its score – or lack thereof where many key moments are almost kept devoid of any background music, letting you take in all the sound and moment that is on display, while at other times powerfully driving the emotion of the movie. It’s another great use of balance by Chazelle’s frequent collaborator Justin Hurwitz who both complements the movie and sometimes lets the visuals do all the hard work for him. 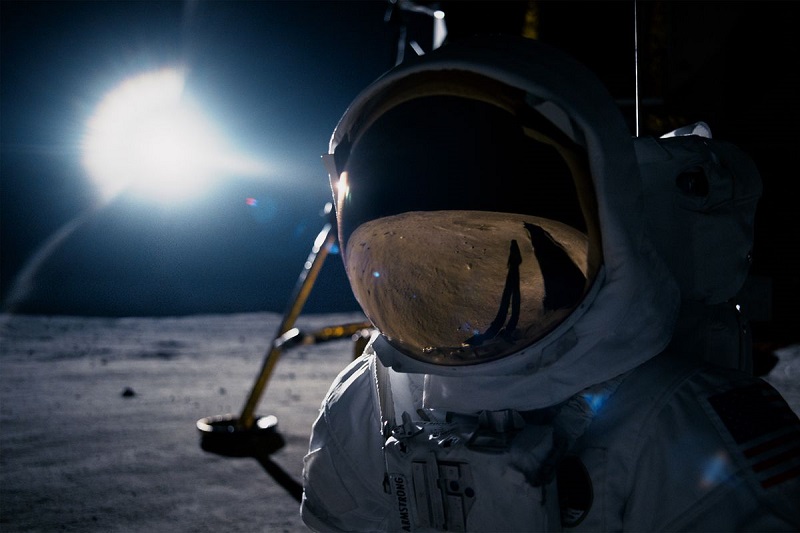 Is First Man the best Damien Chazelle movie yet? Well, perhaps it’s a testament to the man’s prodigious talents that you could probably debate that quite extensively – and he is only three films into his remarkable career, the first two films having already earned a combined 19 Oscar nominations and 9 wins. For many more seasoned veteran filmmakers, a production like this would be seen as the magnum opus of their career, whereas First Man is probably still going to need to compete with his previous films for that title. That is more a result of just how good Chazelle is rather than any demerit for First Man and shouldn’t distract from what is an utterly absorbing film that really will change the way you look at the pursuit of space travel forever.