It’s a little scary to think that Gears of War – one of the games that pioneered the age of third-person cover shooters – is just a year shy of being a decade old. The truly unforgettable debut of a series that would go onto define the history of the Xbox 360 is one that you could easily go back an enjoy just as much, with the punchy shooting and grim setting standing chest up to the test of time.

Thing is, with Gears of War: Ultimate Edition, you’ll never have to. Better yet, you’ll never want to either – with the remake elevating the game into a bracket that even nostalgia can’t quite touch.

At its core, remake is the operative work here. In a bid to familiarize themselves with the inner workings of Gears of War before tacking the highly anticipated sequel, newly named The Coalition have built the first title in this Microsoft owned franchise from the ground up. Structure, layout and plot are all the same, but there’s nothing more to suggest that this Ultimate Edition is a remaster. Textures, lighting and models have all been touched up, replaced and improved incredibly – breaking free of the age that nine years can put on a game. 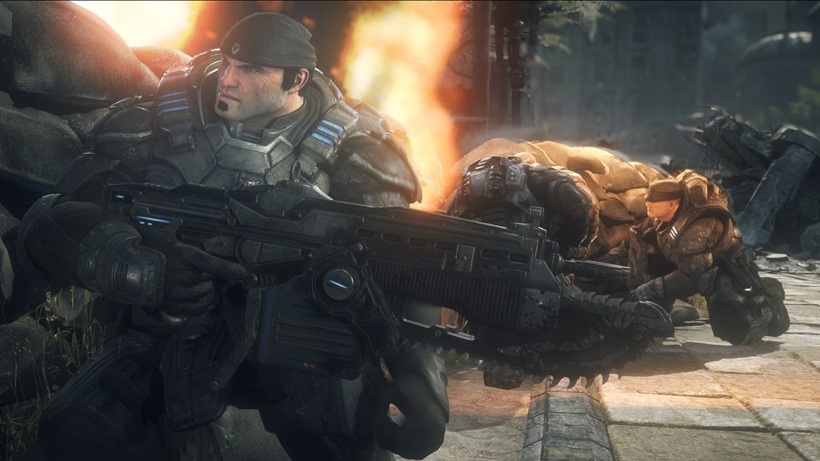 This is mostly evident in the game’s now gorgeous cutscenes, which have their fair share of subtle additions here and there. The cinematics have some reworked camera angles, while being completely done from scratch to put them on par with some of the visuals we see in core AAA releases today – all while maintaining the same tone and presence that the first game so immaculately presented all those years ago.

This bleeds into gameplay too, which is no longer a wash of muddy browns and blacks. Gears of War is still a grim, often colourless adventure, but the use of more advanced lighting techniques coupled with a better look at what Sera should actually look like, makes the game pop. Act II in particular (where light is the only way to avoid being dive bombed to death by the indiscriminate Kryll) looks especially beautiful – as the saviour spotlights and igniting propane tanks light up an all too familiar, but equally prettier version of Sera’s slums. 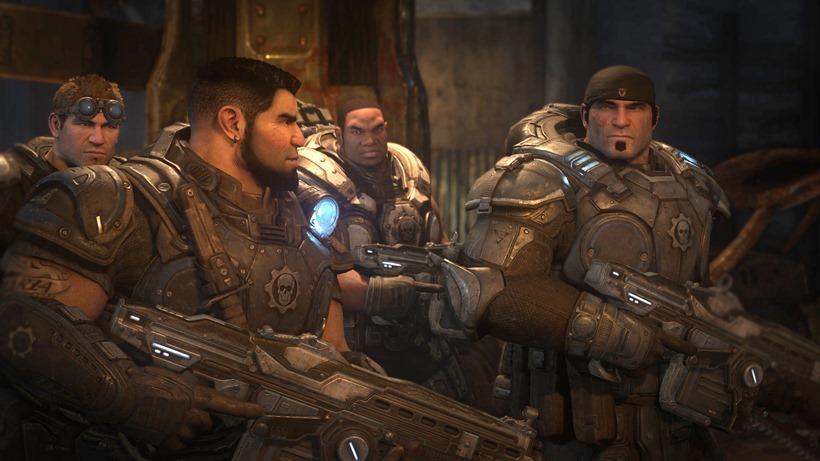 It is, in a way, a tight amalgamation between the more grim settings of the first Gears of War and the brighter colours of the eventual third, never once sacrificing its identity in order to be more visually appealing. But what is reworked in terms of textures is also a little left behind in terms of framerate, with the campaign being locked down to a suspect 30FPS. Playing the multiplayer at a fluid 60FPS (more on that soon) certainly makes the jump back into the narrative an especially jarring one – and one that I’m almost sure could’ve been avoided.

Even stranger are some of the odd design choices from the original game that have somehow managed to survive the entire remake process. Playing co-operatively with a friend in split-screen or online still comes with the absolutely disorientating checkpoint spawning, where a wandering teammate will suddenly be teleported through time and space to keep up with the games pace. The AI – both enemy and friendly – also swings wildly from incredibly dense to unbelievably savvy, with Locust sometimes scoring incredible headshots while running directly into walls moments later. Unforgivable then, and even more so now. 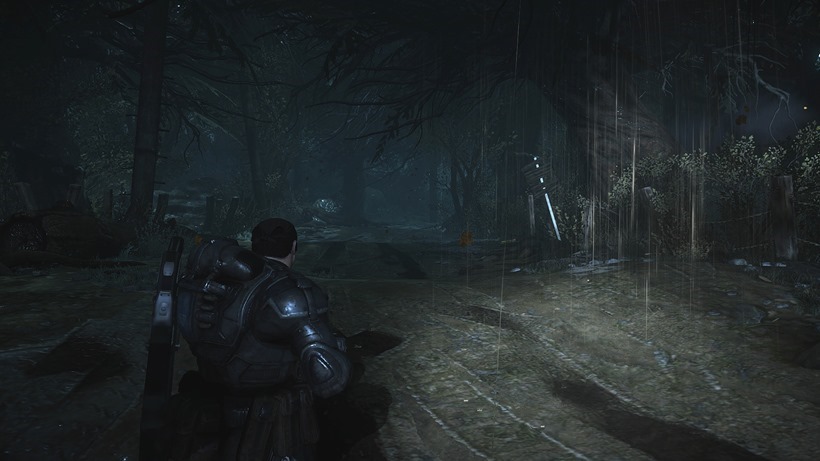 It doesn’t, however, put a damper on what is still one of the best Gears of War campaigns of the franchise, with some exquisite pacing and exhilarating set pieces making memorable engagements just that much more nostalgic (including a previously PC-exclusive Brumak Act). The action then transfers beautifully online, where Gears of War undoubtedly made its name known. You’re able to take a party online for private matchmaking, public games or even some old-school LANs, but don’t expect any bots to take up some missing spaces your party might contain.

And that’s just a little bit of a problem, especially given the fact that we are without a server locally for the Ultimate Edition. Not only will this make frantic Gnasher duals a little unfair, it also means matchmaking has the potential to throw up the same problems that The Master Chief Collection still does to this day. I personally didn’t connect to a game via traditional matchmaking (with servers being predictably empty before release), but it’s a major factor to consider if you’re looking at this remake purely for multilayer purposes. 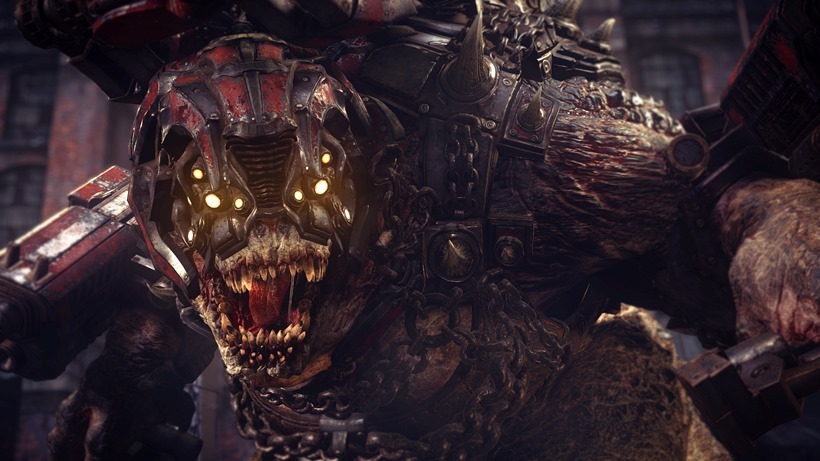 Regardless of that, having multiplayer run at a silky smooth 60FPS is truly a game changer, as many matches in private online lobbies proved. Simply put, Gears of War has never looked this good – with a plethora of classic maps being recreated in stunning beauty and offering up tight, well thought out proving grounds for COG and Locust to wage war in. All the traditional game modes are back too, with Execution and King of the Hill still providing some of the best fun out of the bunch.

A new 2v2 Gnasher only mode reigns supreme though, turning the not so rare standoffs into a match all on their own. There is (sadly) only a single map supported for the mode, but I’m hopeful more tight, claustrophobic grounds are added in the weeks that follow launch, putting the returning Death Chat Lobbies to good use while you watch your remaining partner struggle with the insurmountable odds (that was Geoff most of the time). 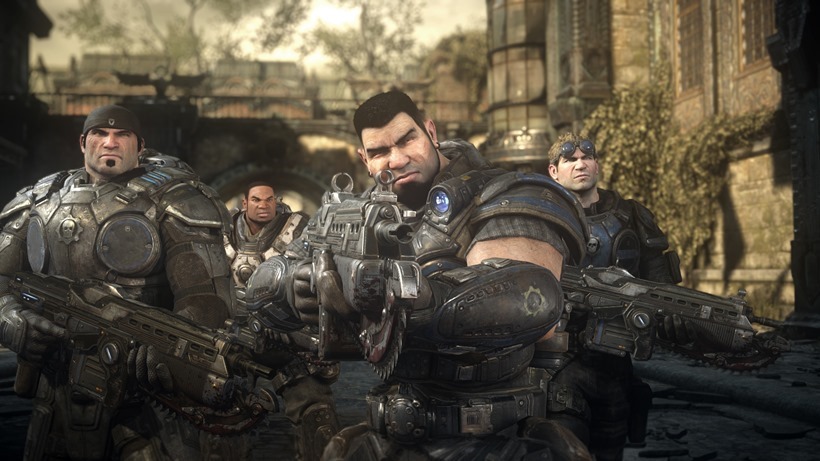 It’s a love letter to the most potent parts of a multiplayer mode that still has so many fans smitten, and in a way a fitting view on the Ultimate Edition as a whole. Not without faults, Gears of War makes a resounding debut on Xbox One with truly worked from the ground effort to reproduce the first stunning game, at it’s a success when looking at the reduced price. There’s little more apart from the campaign and multiplayer, but just like the first game back in 2006, there’s little else you really need from an addictive, engrossing shooter like this.