Blizzard have a formula that they apply to most of their titles – easy to learn, difficult to master. When I first got wind of them wanting to apply this science to their upcoming MOBA, Heroes of the Storm, I laughed for a week straight. A MOBA, made easy? Impossible and unheard of! I myself spent hundreds of hours struggling to understand the core mechanics of the genre when I first started, all the while suffering the abuse of the “pros” who had undergone the same painful initiation long before I had. Call me a tad sceptical about Blizzard’s grand idea, ok? 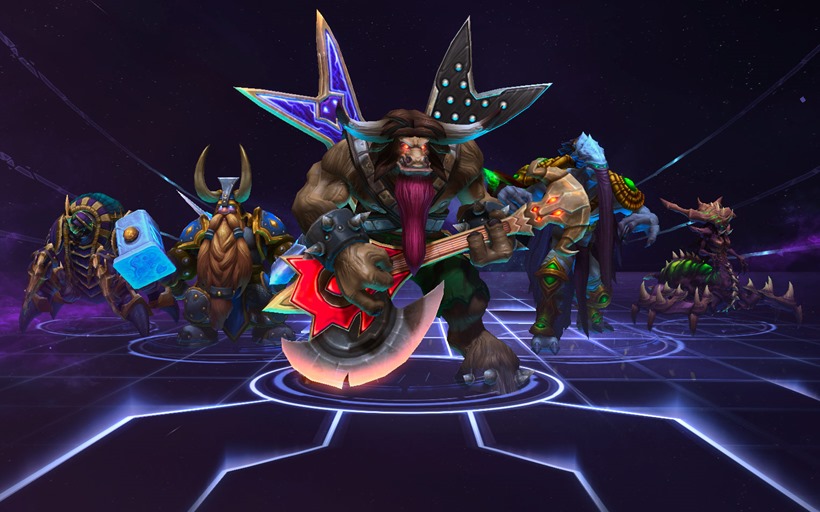 I’ve been forced to rid myself of that scepticism however, because after spending a plethora of hours over the last year or so playing Heroes of the Storm on and off – from alpha to release – I can honestly say that Blizzard have done the impossible. Somehow, Heroes of the Storm is accessible to even the greenest of gamers, yet it still contains a level of depth that even the most hardcore of veterans can appreciate. Amidst this already magnificent feat, it also manages to remain the most important things of all – fun, and almost entirely stress-free 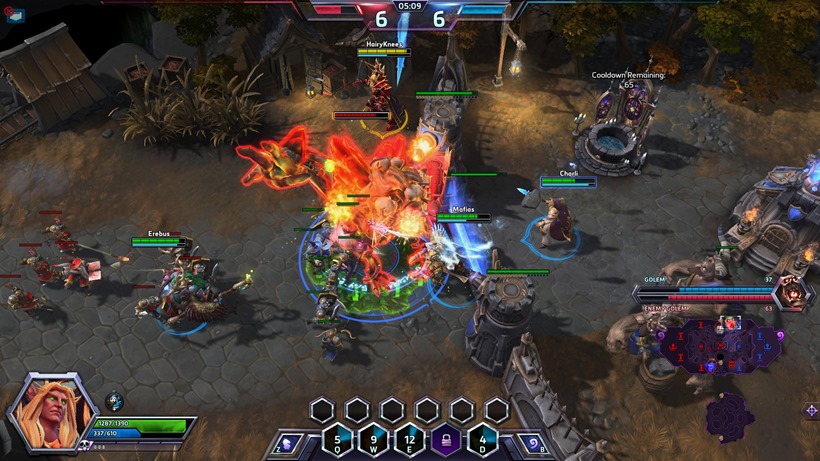 Heroes of the… what?

Before we go any further, what is Heroes of the Storm exactly? Basically, it’s Blizzard’s excuse for making a game where characters from several of their franchises can meet up for a casual round of DESTROY EACH OTHER. Ever wanted to square off Raynor against Diablo, or Jaina against Kerrigan? You now can! It’s a MOBA of familiar faces, except the formula has been somewhat altered.

Yes, there are still two teams of five heroes. Yes, their sole purpose is to push out multiple lanes to reach and destroy the enemy base. Blizzard have stripped away most of what makes games of this nature difficult though, and added their own spin. What they’ve given players instead is high-speed (games are quick, taking anywhere from 10-30 minutes to complete), non-stop action environment where the gameplay is surprisingly enjoyable and easy to grasp from the get-go. Even so, it remains complex to an extent and leaves much room for strategic play. 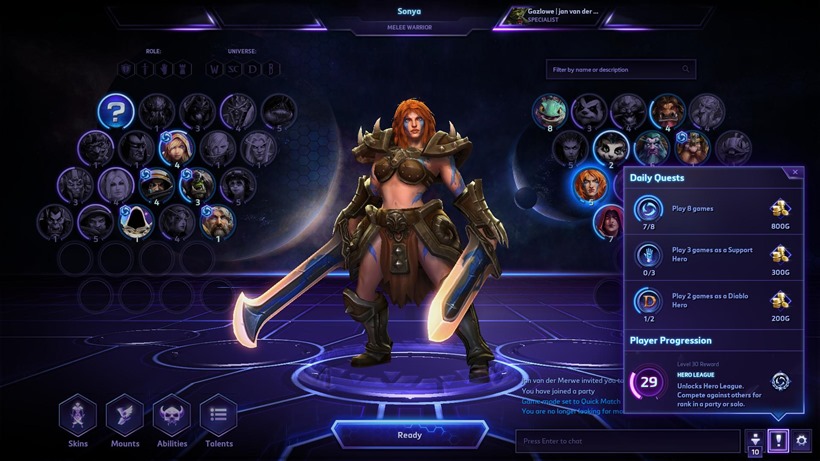 What did Blizzard do to achieve this nice balance of accessibility and complexity? Well, for starters, all in-game currency has been removed, and thus, there is no store to shop at and no items to worry about. Players no longer have put effort into growing their coffers in order to be effective. Last hitting is a thing of the past. Some will despise the removal of this mechanic, but for a beginner, it’s pure gold.

Blizzard have also gone ahead and removed individual hero levels. All acquired experience goes into one single, team based pool, meaning everybody is the same level, and no player gets left behind. Most games I have played have had the teams neck and neck, meaning almost all battles are equally footed. The only exception is when one team happens to be dominating the other. Even then, the level disparity is 2 or 3 at most – a gap that can easily be closed with smart teamwork. It’s also nice to be able to roam around the map freely without worry of becoming under-levelled.

Lastly, choosing the order to skill abilities as the game progresses is absent too – a blessing for newcomers. Every spell (and a trait) is available right from the beginning of a brawl, meaning players are free to play around and see exactly how everything works before the gates roll open for battle. 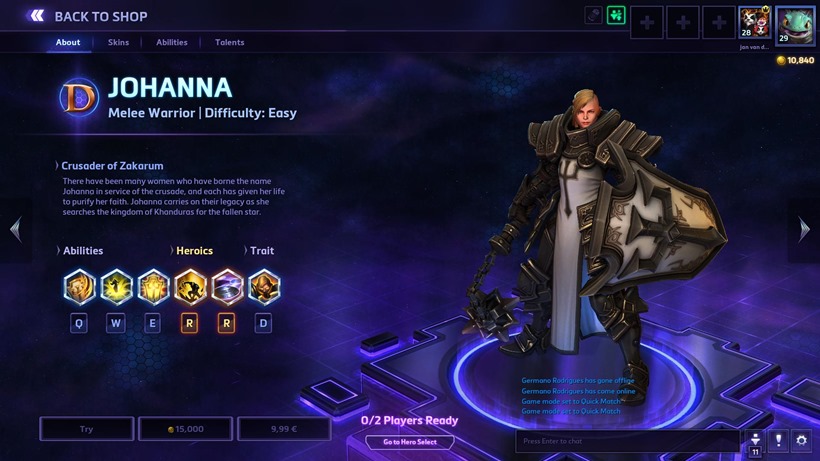 Simplifying does not mean zero complexity

Complexity in Heroes of the Storm rises from several things, the first of which is a talent system. As the game progresses and the teams levels up, each hero progresses through a tree where they can choose ‘augmentations’ for their spells.

For example, my favourite hero Brightwing has a passive called ‘Soothing Mist’ which releases an AOE heal every 5 seconds. At one point in her talent tree, she can augment the heal to release over and above the norm with each use of a basic ability (with 50% reduced effectiveness). That, or she can choose to activate a mist every second for 4 seconds straight. You can’t have both.

Both talents are similar, but choosing either depends on what situation the player faces. Do the player rather want a weaker, albeit more frequent heal (with each use of a spell), or one that gives a stronger burst over a shorter period of time? 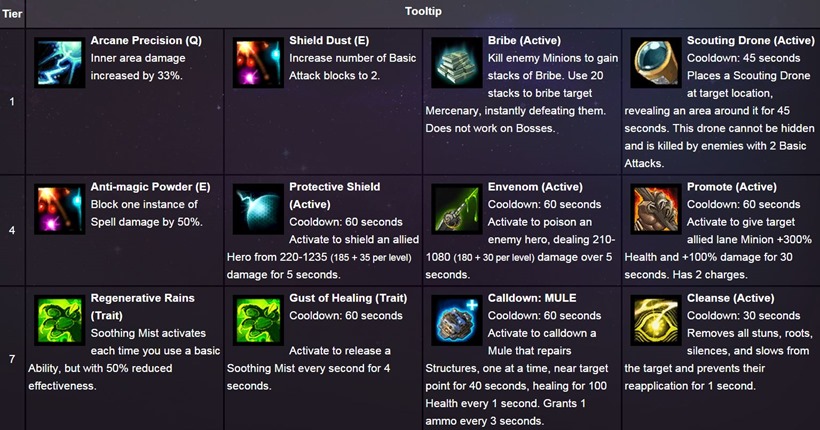 This is just one example – every spell on every hero can be augmented in some way. It’s up to the player to choose whether they want to make one spell in particular a lot stronger, or spread out talents over multiple abilites for a more all-rounder hero.

Over and above this, once the team hits level 10, each hero has the choice of one of two ultimate abilities. On Brightwing, she canc choose either AOE team fight with Emerald Wind, or more healing with Blink Heal. Again, it’s up to the player to read the game and to decide which one is more important for the scenario at hand, and what build works best with the team as a whole. 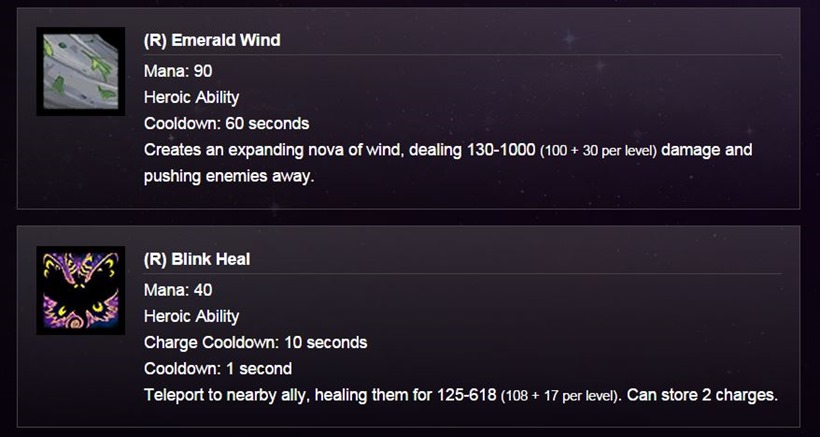 Beyond the variety and versatility of hero mechanics lies the battlegrounds themselves. There are seven available at the moment (with another on the way) and each is unique, requiring different strategies and hero compositions to obtain success. They also provide a whole lot of variety, meaning the overall game doesn’t grow stale too quickly.

In Blackheart’s Bay for example, coins are available throughout the map. Collecting them and paying the pirate in the middle, Blackheart, will secure the team a round of cannon fire against their opponents. This sort of battleground favours assassins, to snipe those carrying coins alone, or sustain/AOE heroes to control the chest in the middle. Tanks work well too. Giving them all the coins to carry can pay off, as they are the hardest to kill and thus, less likely to drop all the booty.

In another map, Sky Temple, holding objectives secures damage over time against enemy structures. Heroes like Brightwing excel in this scenario for example, thanks to her global teleport (to hop around and help allies around the map), and AOE heal which is hugely beneficial when fighting and holding an objective for extended periods. 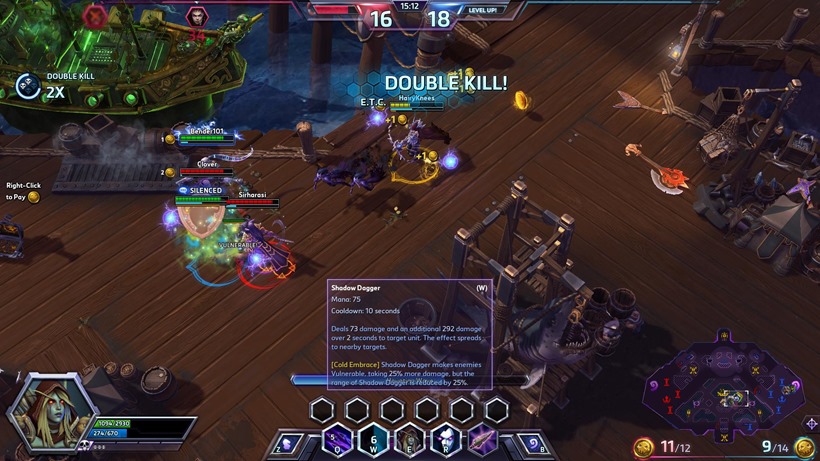 Regardless of playground of choice, each map boils down to who has the most momentum and who can out-push the other. The winning team is almost always those who know how to manage the game’s crazy pace: when to push a lane, when to kill a mercenary camp, or when to secure a map objective.

Doing that all is easily learnt by a newcomer. Doing that all properly… that’s where experience from other MOBAs comes in and pays off, although veterans will also need to take the time to adjust to the flow of Heroes of the Storm. It’s fast, 100% of the time. The non-stop action is something I personally enjoy, as is the emphasis on team battles. 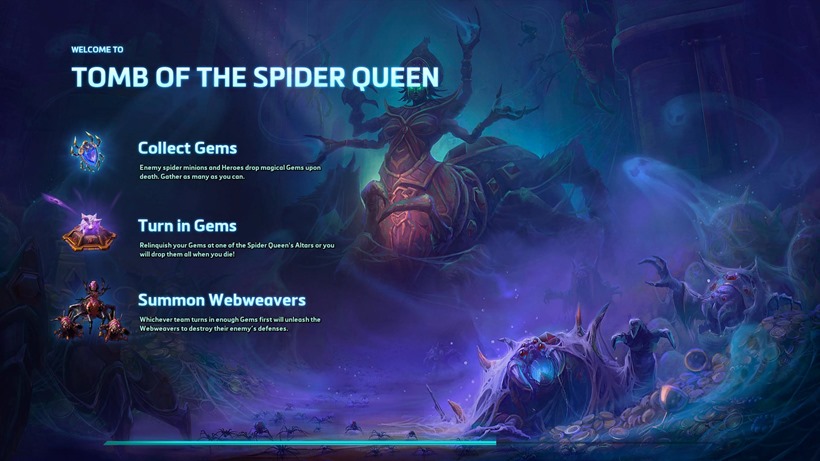 If all of the above means nothing to you, then this is all I want you to take from this review: Heroes of the Storm is the right place to kick off your MOBA career. If you’re a fan of other titles like Dota 2 or League of Legends, you really shouldn’t write off Blizzard’s game either. It’s has something that will appeal to everybody, and it truly is a ton of fun.

The only aspect of it that I feel deserves a comment of criticism is the shop. Playing games earns the player gold, which in turn can be spent on purchasing heroes. Seeing as there is a rotating, limited hero pool, having access to a favourite character all the time won’t happen unless you purchase them.

This in itself is fine – I have nothing against this model. My issue is with the pricing in the store and rate of earning gold. Daily quests provide some nice stable income, but grinding cash for the more expensive heroes really is a chore. I feel it’s something Blizzard can adjust.

Other than that, there is no reason you shouldn’t play Heroes of the Storm! It’s a well rounded MOBA, suitable for everybody.