Lara Croft is one of the most well-known video game characters. She is a tough, smart lady with two guns and a penchant for falling. She can find relics in bizarre places and solve puzzles with the best of them. Now, she has arrived with a mobile game that is surprisingly fun to play. 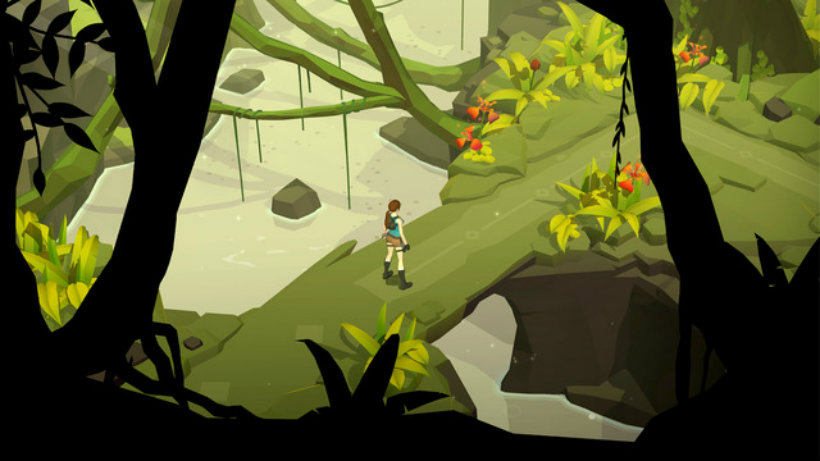 The game starts out fairly straight forward. You must maneuver Lara through various puzzles using simple swipes to move her from one point to the next. You can tap the screen if you see a glowing pot with a collectible or to throw a spear, but most of the game is done using swipes to move Lara. However, don’t be fooled by the straight forward controls, there are plenty of brain teasing puzzles mixed in.

Tomb Raider games are known for more than just Lara’s double pistol wielding ways, with most puzzles including pressure plates and timed switches. The same is true in Lara Croft GO. 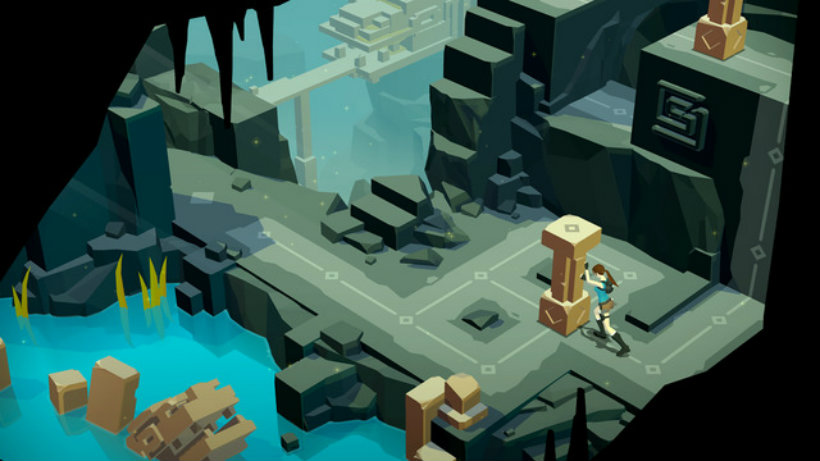 The game starts off fairly straight forward, slowly increasing the difficulty as players must learn how to kill off the snakes, trigger the necessary pressure plate and maneuver to the exit. With the addition of rolling boulders, potential pit falls and even giant lizards who chase you around the map, each level offers some unique puzzling as you progress towards the final goal of that unique relic. Death isn’t too big a deal thanks to the kind check point system, allowing you to restart again from the latest part of the puzzle. While there were some “a-ha!” moments, I did wish the game ramped up to become a bit more challenging and hope that there will be some extra chapters or levels added in the future.

With 75 puzzles split into five chapters, there is plenty of content here, although fans might just motor through in a matter of hours and wish for more. Still, if you play it like most mobile games, it should at least last you a bunch of time, more so if you go back through puzzles to find any collectibles you missed the first time around. Collectibles actually serve a purpose, though, beyond just satisfying your OCD. Collect all the relic pieces in a chapter to unlock a new outfit for Lara and find all the gems throughout the game to grab yet another outfit. This might seem like silly aesthetic stuff, but it really is nice to play with Lara dressed in her arctic gear, or her traditional shorts and crop top. 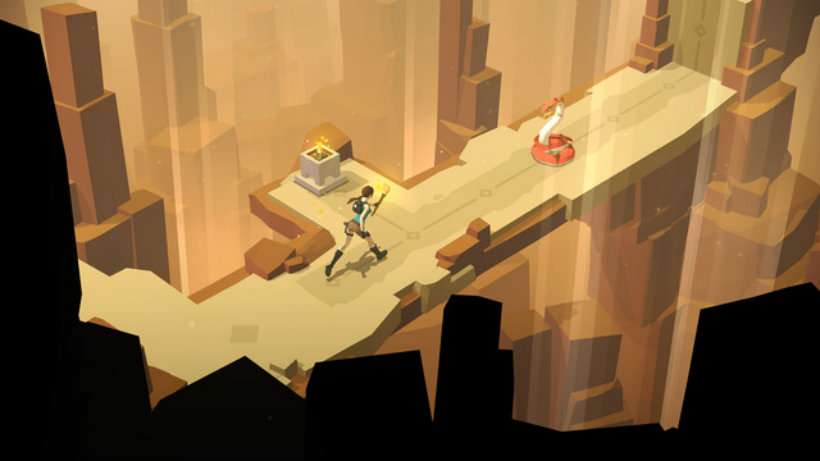 Beyond the easy to navigate controls and the deep and enjoyable puzzling, Lara Croft GO takes the mobile game to a higher level thanks to its gorgeous aesthetics as well. Environments are beautifully crafted and fun to explore, especially seeing as collectibles are often hidden in the lavish backgrounds. Add to this some gentle and unobtrusive camera work that adds depth to the isometric view and the visuals take on a heightened quality. The music and sounds are equally immersive, particularly the zen-like music, and I often found myself utterly engaged and immersed in the game, despite its humble mobile gaming limitations. In fact, unlike other Tomb Raider games, the Lara Croft GO is decidedly calming, which is a nice new way to experience Lara’s quest for lost relics.

With a price point of $5, it is well worth the time you’ll get out of it, even if the veteran puzzle solvers among us might complete the game in 3-4 hours. Sure, it’s not the longest mobile game out there, but it is still of high quality and a real treat for fans of puzzlers and Tomb Raider alike.