The idea of an ace pilot who could sink ships and turn the tide of battle is a facet of warfare lost to history and a bygone era of aerial warfare. Luftrausers however, is all about reliving that golden age of dogfighting. One launch at a time…that invariably ends with your craft in flames and headed for a watery grave.

Luftrausers is a deceptively simple game. You’ve got your plane, your guns and a sky filled with enemies to clear. Set in a 2D landscape with a limited air ceiling and an endless ocean. Flying your little Rauser is anything but easy, with a lot of practice needed to gain a handle on the momentum and gravity of the skies around you, before you can pull off advanced moves and thread the needle. 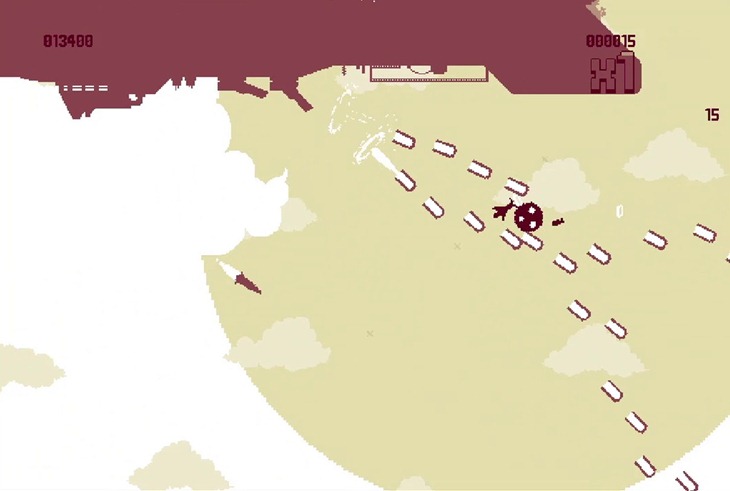 And it’s not as if you have much time to do some training either, as Luftrausers throws you into the heat of battle. Once you launch, the sky quickly fills with enemy aircraft, bombers, anti-aircraft boats and cruisers and even sun-blocking aerial blimp juggernauts, with the intensity frequently dialling up the further you get into the game and the more enemies that down. 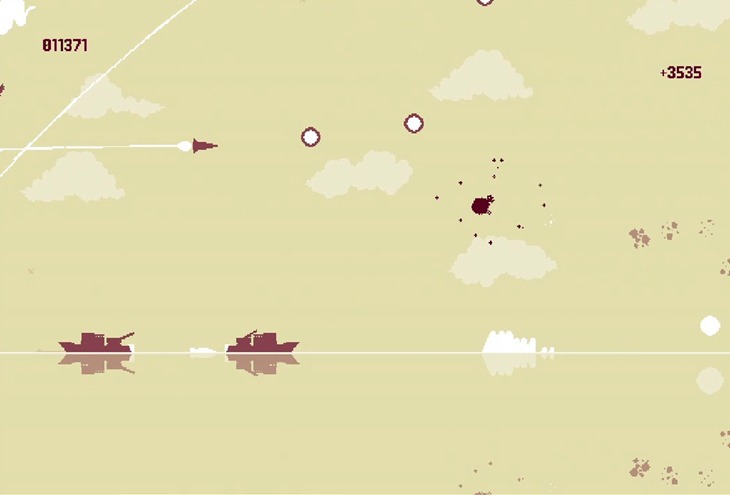 Suffice to say, prepare to die in Luftrausers. Frequently. Despite the fact that you’re doomed no matter how good you are at the game, Luftrausers never feels cheap. Your experimental aircraft is fitted with an auto-repair system that kicks in when you stop firing, and your craft can sustain a decent amount of damage before it explodes into a fiery ball of molten pilot. 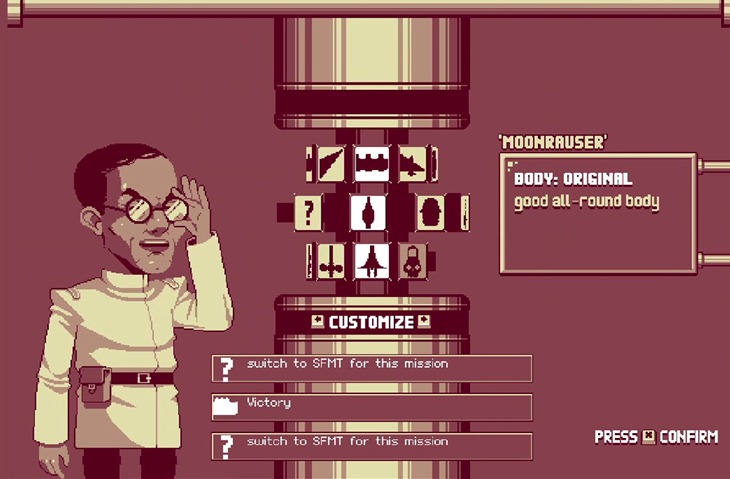 The catch however, is in the core gameplay itself. Luftrausers tasks you with racking up points and kills, with a quickly diminishing combo-counter multiplying as you dogfight your way through waves of enemies. However, stop firing, and you have a few precious seconds with which to lock onto a new target and keep the multiplier alive. Doing so however, negates your auto-repair ability, which makes you more vulnerable. 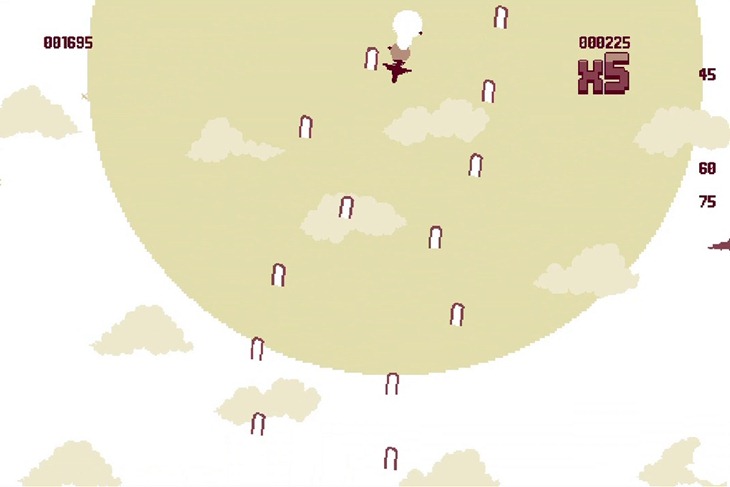 It’s a tricky system of give and take, and makes the game maddeningly addictive when you keep coming back for more. Your little Rauser can also be upgraded once you complete several challenges, with the standard machine gun giving way to a heavy duty laser, explosive ammo and a contra-style spread attack. 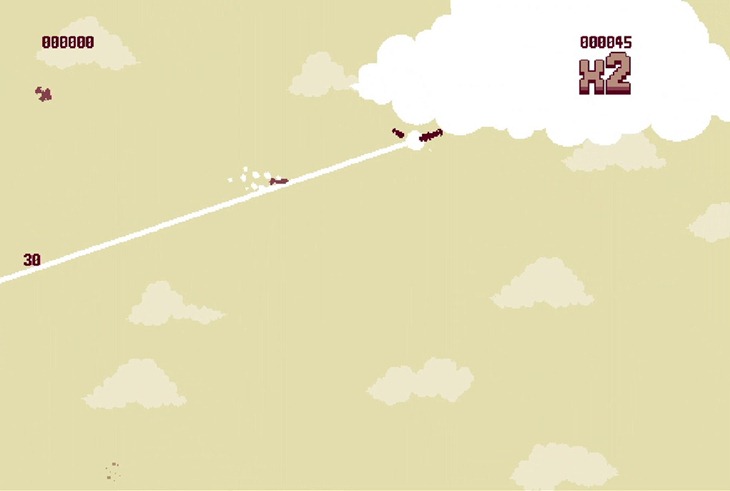 Each upgrade has it’s own pros and cons, as you’ll discover. Besides the gun option, pilots can also switch out their fuselage and armour configurations, to create their own custom unit. Once you find one that you’re comfortable with, you’ll most likely stick with it, making the surplus challenges an afterthought. 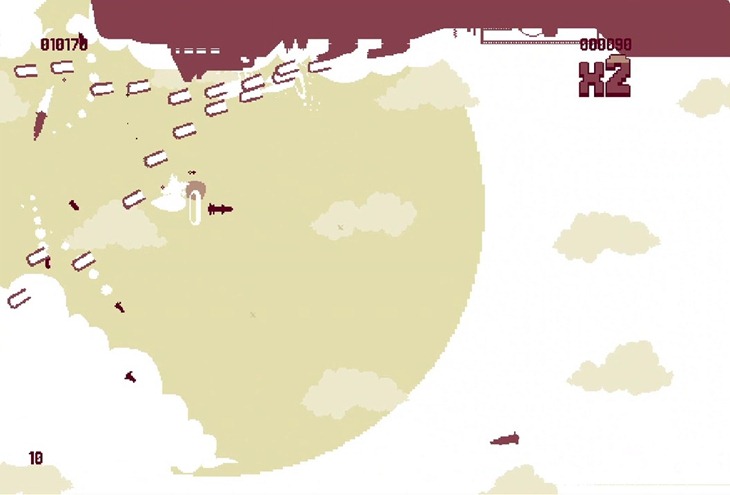 Visually, the game flies with a light load. A sepia tone permeates the visuals of Luftrausers, with the few characters seen looking like they’ve stepped straight out of an alternate future where Germany won World War 2. Despite the various aircraft in the game being nothing more than a few squares thrown together, each one at least manages to look distinct, while battleships and blimps hog coastlines and the horizon with their immense scale.

Luftrausers also features a solid soundtrack, mixing 8 bit sound effects with a rousing score as you fly, with a beat that goes on and never tires. It’s catchy, ominous and it sets a perfect pace during the middle of even the most heated dogfights. Whilst the game plays smoothly on PlayStation 3, PS Vita owners will get the most out of this title, as the Cross-Buy factor makes this a perfect title for handheld gamers.

Luftrausers is the very definition of replayable insanity. It’s difficult,intense and feels smooth when you master the controls. And yet you’ll come back for more in a new and improved Rauser time after time, with the constant flow of action never getting old.