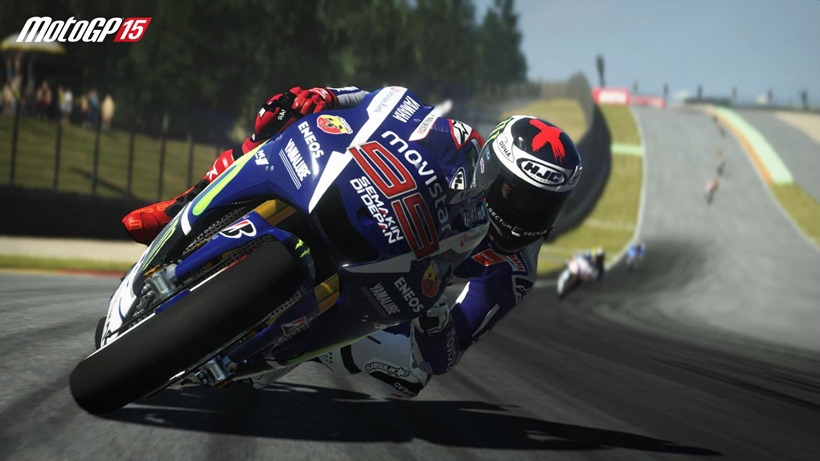 You ever ridden a motorcycle before? I mean, really ridden one. Found yourself an open stretch of road and experienced pure horsepower between your legs, as you hurtled down a long straight and understood just how recklessly fantastic it is to own one of these vehicles.

It’s the kind of sensation that can’t be accurately summarised in words alone. It’s an experience that needs to be felt. And that’s why MotoGP fans are a specific kind of crazy. Crazy in love with the sport. Maddeningly passionate about watching riders dance with corners and waltz through the apex. 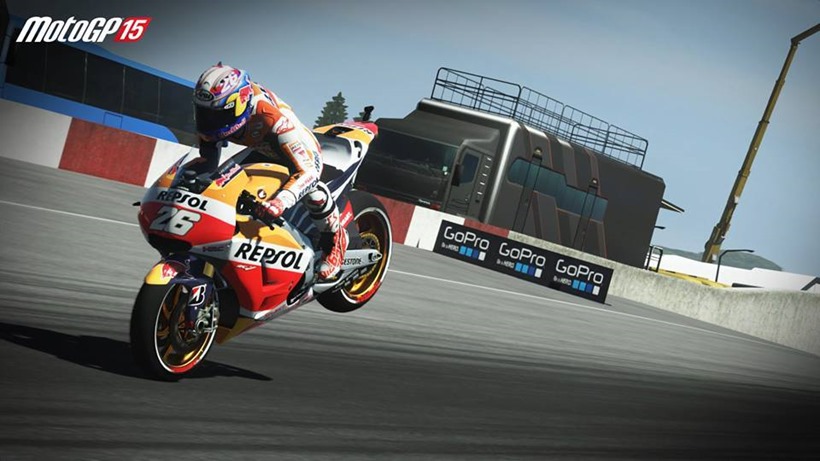 That’s a feeling that MotoGP 15 aims to capture as the game pulls out of the pits and through the finish line. And most of the time, it actually succeeds pretty damned well at doing so. It’s the kind of motorcycle racing that you’re used to by now. MotoGP 15 is technically polished to a point where it can be punishing to players who don’t know when to power down when approaching a corner and twist that throttle on the exit.

It’s a very nuanced approach as usual, to squeezing the maximum power possible out of your pocket rocket, weaving and giving gravity the bird as you throw your body around dangerously low curves. 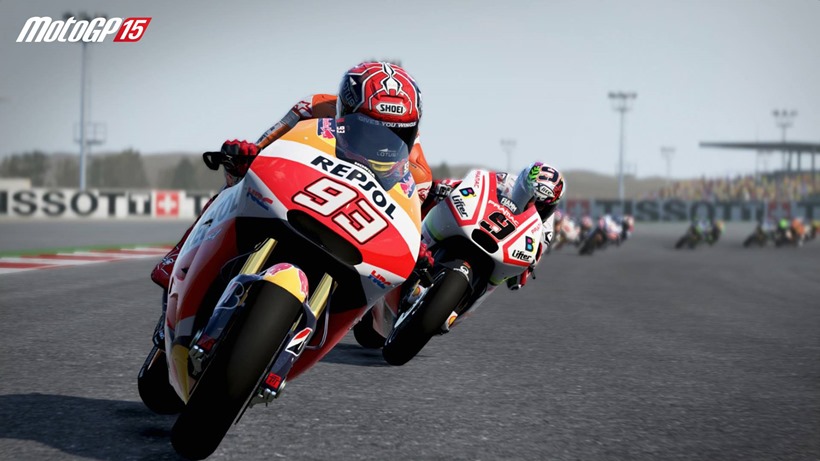 And it’s that kind of precision control where the game shines. It’s beautiful, and once you find yourself in a perfect groove and have familiarised yourself with the track, it all comes together. Bikes feel like they should  feel.

Early 1990s Yamaha bikes feel ruthlessly overpowered. Ducati bikes scream with Italian passion and attitude. Kawasaki road runners feel like precise afterburners on two wheels. And may the biking gods help you if you turn off the assists before you fully understand what you’re in for. 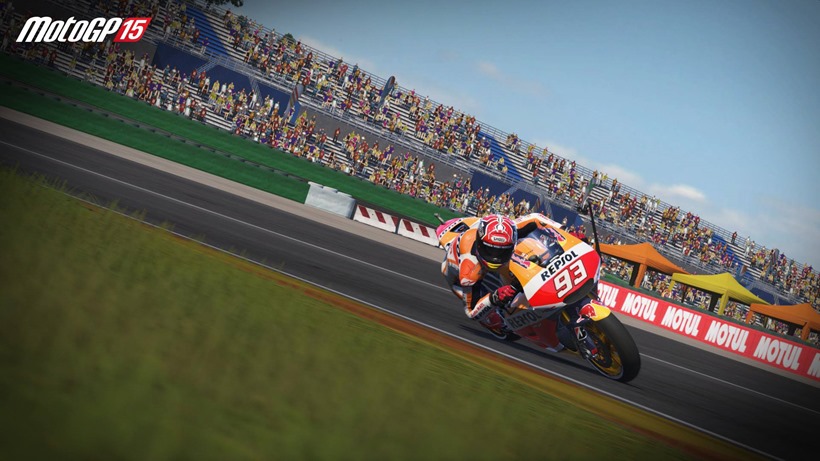 MotoGP 15 isn’t easy on newcomers, but the variety of assists available help make the career progression from a junior class rookie in the smaller Moto leagues through to a heavyweight MotoGP star.

The career mode itself  focuses more on an individual path of progression, as players accrue GP credits and unlock various challenges. If you’re itching for more of a challenge, then the usual gauntlet of quick races, championships and Two-Stroke engine retro races should ease the road rash. 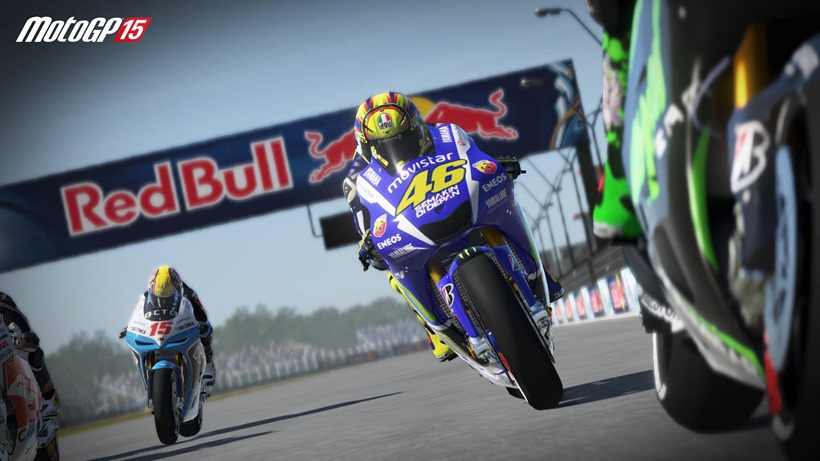 But while the racing feels as solid as ever, the core game still feels like its stuck in the past. There’re too many loading screens. Visuals aren’t up to standard. Anything that isn’t a motorcycle or a track kind of looks rubbish. Lighting is occasionally off. Compared to MotoGP 14, it just doesn’t feel like a massive leap forward. It’s more of a lean towards incremental updates at best.

Nobody expects developer Milestone to have the same resources as Ubisoft or Activision, but the lack of effort in certain departments is clearly there. Certain assets are recycled, and some game visuals look like a downgrade, sticking out horribly at times.

While it packs plenty of fan service into the final product, MotoGP 15 still fails to truly push the genre forward and present something new for seasoned fans. 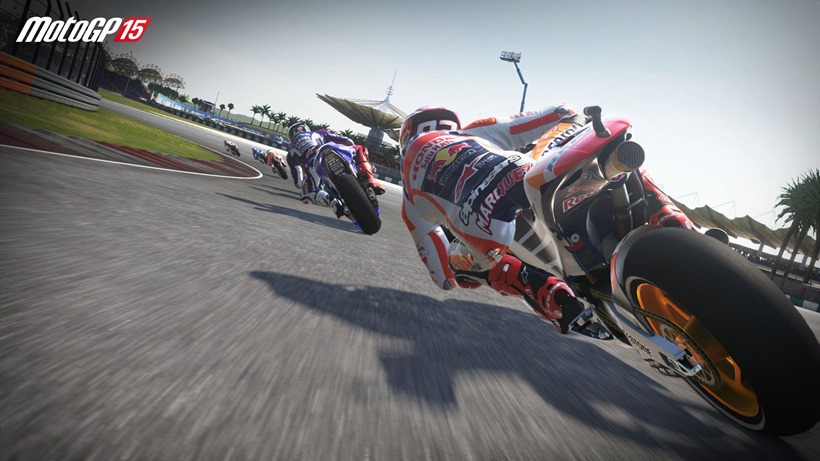 It’s the kind of game which doesn’t exactly push the new hardware on offer to any limits at all. And while it’s still easy to pick up and get into, it doesn’t expend any extra effort at all in keeping players on their rides. Sequels aren’t meant to be on par with previous iterations. They’re meant to be better. And the third time is not the charm for Milestone.