At a time when games set in Dystopian wastelands are being heralded by titles that are being subjected to internet rage (ahem), one needs to take a step back. Calm down, pull up a chair, smell the flowers. There are pretty flowers in this game. You might just have to trample them to duck (literally) and cover. 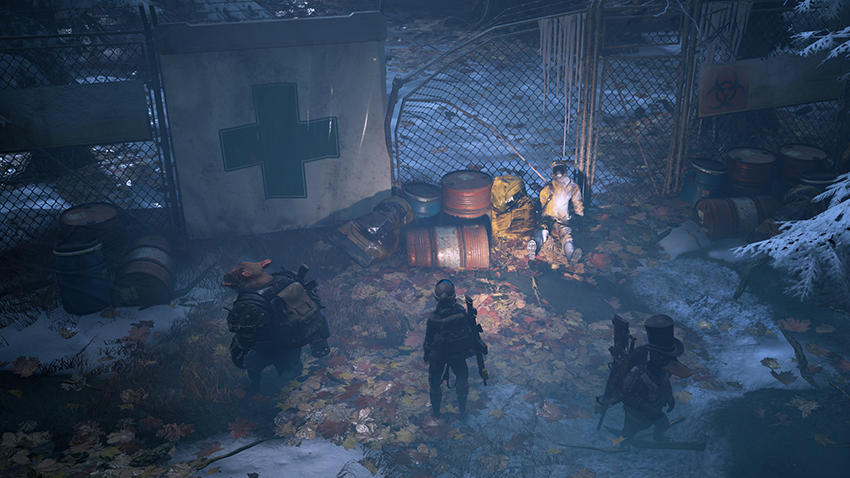 Mutant Year Zero: Road to Eden is the experience in question. Developed by the Bearded Ladies and published by Funcom, Mutant is an adaptation of a popular Swedish pen-and-paper RPG, refitted to offer an interesting take on the turn-based strategy genre.

Set years after a global apocalypse in a region of the world ambiguously called the Zone, the last of humanity seeks refuge in a towering structure called the Ark. Their scramble to obtain dwindling resources is taken care of by a group of elites, dubbed “Stalkers”. Our two main stalkers are mutants. An intolerant, grumpy boar named Bormin, and a Mallard with a mouth named Dux. Together, they set out to fight Zone ghouls and savages, team up with other stalkers, and discover the secrets of Eden: a place rumoured to be a place where mutants can be free and safe. 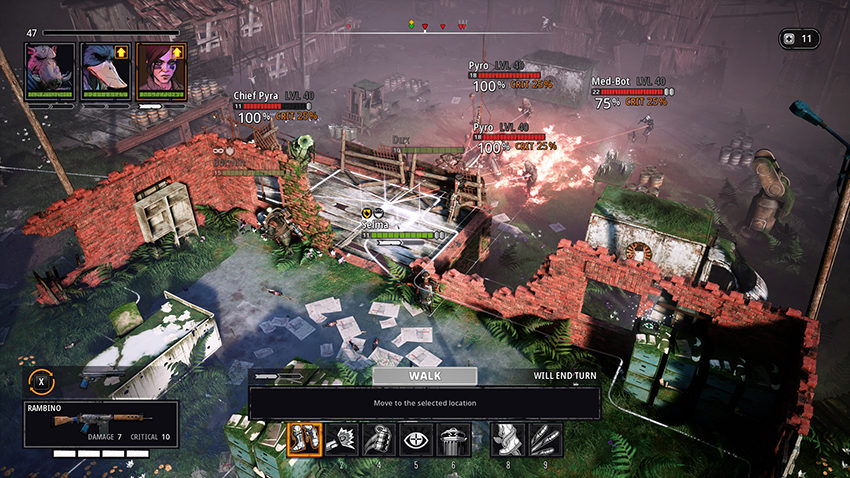 The turn-based strategy formula has been subject to several interpretations over the years. The most popular being the likes of Worms, Sid Meier’s Civilization franchise, and probably the closest comparison to Mutant Year Zero, XCOM. However, that comparison begins and ends on a mechanical level and even then, it quickly deviates thanks to the playstyle. While XCOM keeps one foot squarely in the FPS format, Mutant expands the player’s spatial awareness to maximize the strategic elements of its gameplay.

Mutant Year Zero is a straight narrative progression, structured as a series of areas in which you face off against your foes. While this downplays the impulse to explore what is technically an open world, there are only so many battles to be won and so much loot to be gained in each area. As much as I have mixed feelings over the Fast Travel ability in games, it is a given here due to the distance between your confrontations, and the lack of extended gameplay therein. 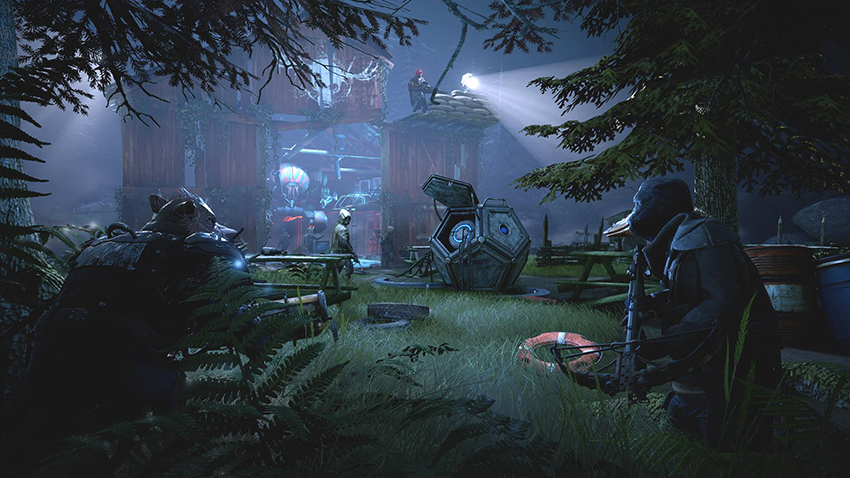 This is a shame, because the world of this game is very nice to be in. Bormin and Dux have excellent character designs (Think Porky Pig and Donald Duck if they were in the Fallout universe), and I especially like the design of the Ark stronghold. You definitely feel like this is a place of sanctuary, despite the minimal lighting and looming shadows. It is refreshing to see a game of this calibre embrace a quieter, more mysterious aura to its overall experience. Mutant boasts a calming musical score that, when expected in battle, creates a clear distinction and contrast between the time just exploring these dark woods, and when you are spearing a Ghoul’s heart out with a modified crossbow. Environmental graphic layer slicing is present when required. You don’t want your movement impaired because you can’t see through the thick branches of a tree. And for a third-person 3D-based field of vision, the camerawork is exquisite in its simplicity.

Once in combat, the game reverts to a high-concept game of chess. Positioning and choice of ability are essential to one’s survival. Mutant Year Zero is a difficult game to play from the get-go. But this in turn results in high satisfaction levels when even a single area has been cleared of hostile NPCs. Game progression is determined by how much time you are willing to devote to the appropriate strategy, and how much patience you have when it comes to getting into those positions. Going in guns blazing against an enemy with far more health and armour will result in the obvious: A giant red GAME OVER banner. Stealth is essential to your survival. Carrying out soundless kills will definitely make your life easier. 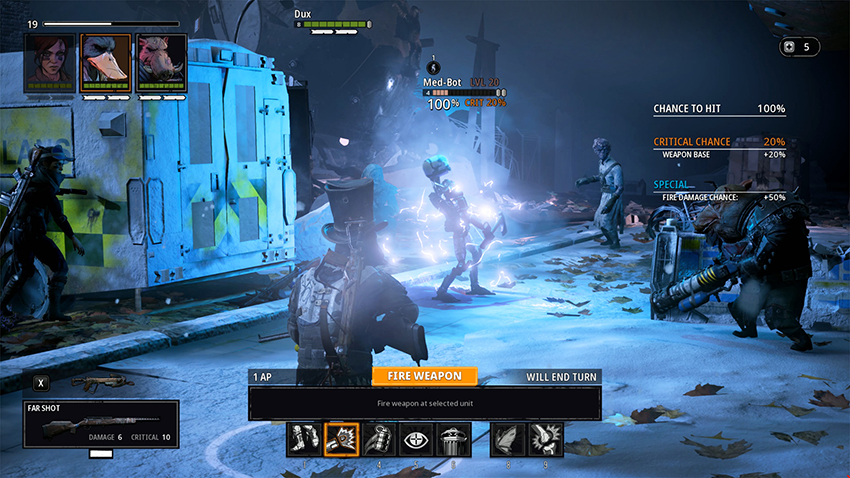 There are some areas in where Mutant Year Zero is held back. The story is cliché to the point of complete disregard. Attempts are made to reinforce the narrative, by way of an imposing, ominous-sounding Elder character, and a series of Easter Eggs dotted around the map telegraph how the world came to be the silent wasteland that it supposedly is. Except the Elder remains up in the Ark with initial interactions yielding no results, and while the titbits are fun to read, they do not present the player with information that could not have already surmised. What makes this fact somewhat frustrating is that Eden offers some pretty good writing. There is some comedy thrown in there, and it is a pleasure to listen to while you’re skulking around in the shadows.

Mutant Year Zero also suffers from limited gameplay. Don’t get me wrong, it has an appropriate purchase price for a game such as this, and it offers a rounded package in terms of gameplay expectations. But the lack of intensive customisations and a limited number of combat options may be turnoffs for the more serious gamer. The game does not commit, nor make any attempts to expand the RPG genre, and you can see it in the peripherals of the combat mode. The stalker elements are unique and play a crucial role in the mechanics, but their mileage is only as long as your patience and willingness to partake in them. 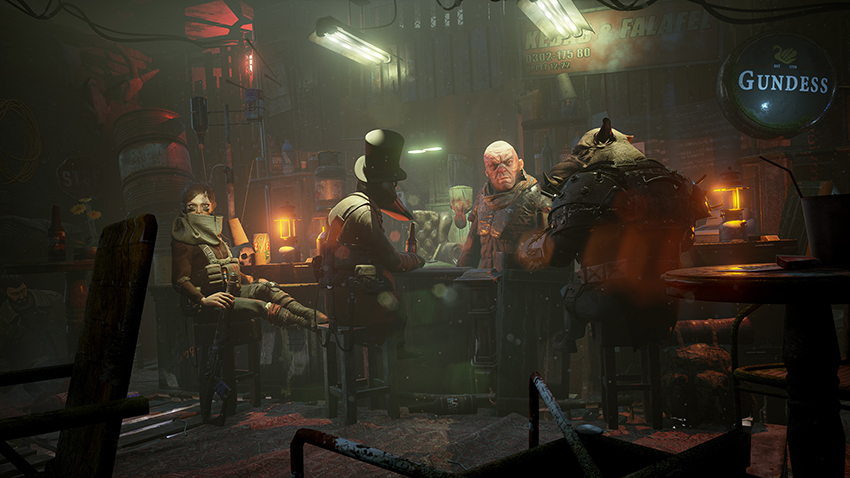 However, this is still a fun game to play, and a challenging one at that. I appreciate a game that attempts to incorporate inaction into its actions. The environment and characters are almost mythical in their presentation, and the game does give you a satisfied feeling throughout. For me, it harks back to my days of playing Worms. Only with wittier dialogue, a more complex and thought-out approach to combat, and an overall refined execution.