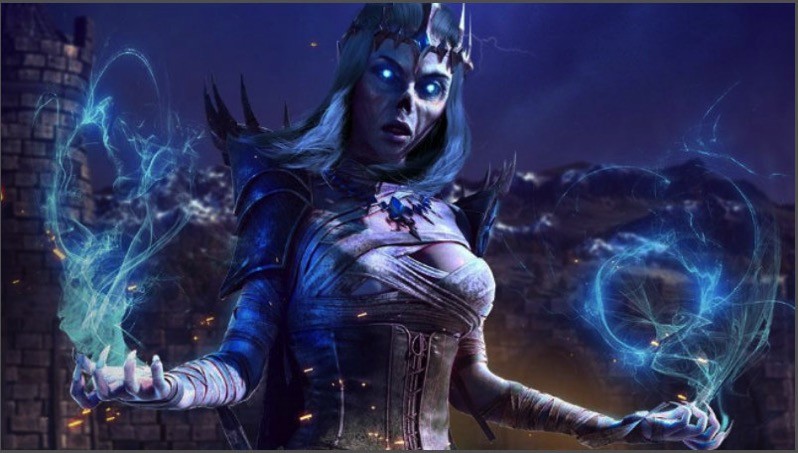 MMORPG gaming has traditionally been a PC gaming thing. While some games have tried to find MMO success on console, most fail miserably. Neverwinter on Xbox One is giving it a whirl, giving Xbox gamers some D&D action. But can it deliver that real MMORPG experience.

Neverwinter is a dangerous place and only you can save it. Okay, well, you and every other player who chooses to log on. The storyline isn’t the most compelling at the start, although the opening cinematic is rather entertaining and fun to watch. It follows the usual course of MMORPG story telling as you move from one area to the next, helping defeat ever more powerful enemies who are threatening… something. The details are generally quite murky, but that works out just fine – it’s all just an excuse to run around killing things and getting cool gear, right? 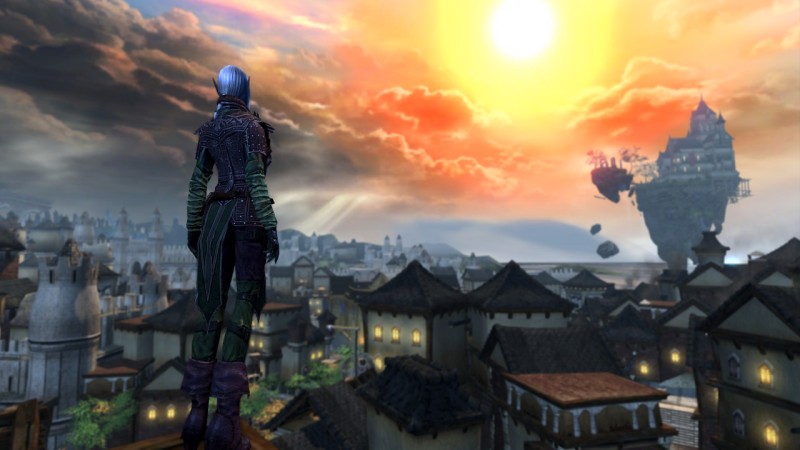 I was worried about the transition from PC to Xbox One, but the controls are actually phenomenal. They managed to fit the wide range of menus and controls brilliantly to the controller. This is aided by the fact that at the start you can’t actually do too much. Once you get used to the various forms of attack and movement, it becomes easy to add-on abilities and more interactions in the intuitive UI. Added to this, the usual MMO approach is used whereby every new feature is introduced with a quest to explain it to you. From equipping gear to developing professions or getting a companion, it’s all easy to understand and follow.

In fact, the game in general feels rather straight forward. Most of the time, I felt like I was running down a rather long, sparkly corridor. Yes, Neverwinter has the cool feature of giving you a sparkling path towards your quest objectives. Of course, if you actually like exploring the map and finding things for yourself, you will feel that this is far too much handholding. You can always choose to ignore the sparkling path (and sometimes find a chest for your effort), but it’s usually best to just go where you’re supposed to. 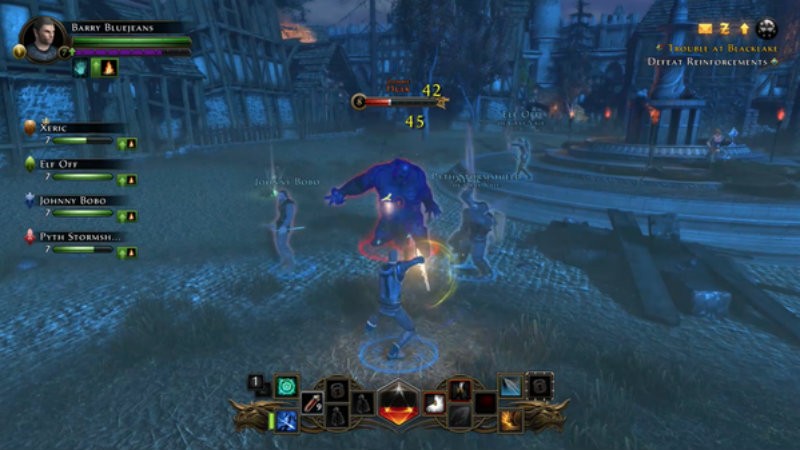 Combat feels rather quick with a range of abilities depending on your class and character. I was very happy to take on the role of Trickster Rogue, combining throwing knives for ranged attacks and quick daggers in close combat. With daily abilities (that are misnamed because you can actually use them way more often) that feel exciting and worthwhile, as well as the need to dodge out of combat, it really is fun to kill all the things. I wish that there were use of the rumble and vibrating triggers, though – it would be much more immersive to really feel the damage taken and given.

Leveling in the game feels rather linear. I could choose which skills to upgrade, although that was then limited until I’d leveled up quite a bit, somewhat forcing my hand to spend points on skills that I knew I would never use just so I could unlock the next tier. Still, there are feats to unlock and you can even boost specific attributes every ten levels. While it’s exciting to level up, I rarely had major leveling milestones that I was hoping for when it came to skills. 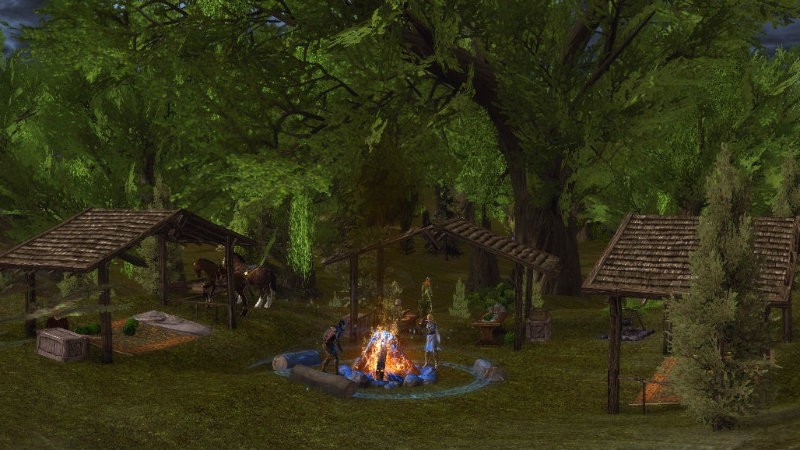 Gear, on the other hand, was a different story. There was a variety of cool gear that I could find and craft. Often, I was lugging around higher level gear, just waiting to reach that next level so that I could equip the perfect dagger/boots/ring. While the game has a “recommended” option for those who aren’t sure which gear is best, there are enough cool attributes that make it fun to play around with which equipment best suits your play style.

While I easily got sucked into the addictive loop of fetch, kill, hand in and complete quest, the game doesn’t feel particularly social. Gone are the player created dungeons that made the PC version of the game such a winner, and while there’s PVP and dungeon crawling, there aren’t many easy modes of communication. It ends up feeling like a rather solitary, quiet MMORPG. While this doesn’t seem like much of a bad thing to me – at least there aren’t the endless trolls of WoW – it certainly doesn’t bode well to keep an MMO alive, especially later in the game when it’s all about dungeons. 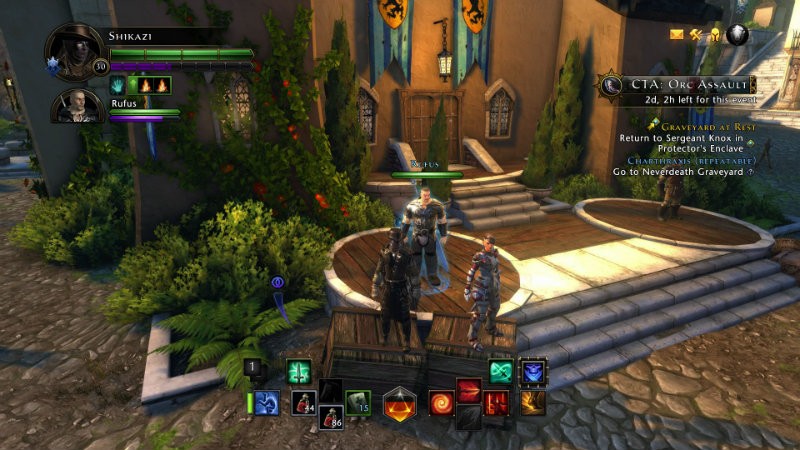 There is a much bigger problem in Neverwinter, though, and that is the framerate and lag issues. Upon getting to the main trading area of the Neverwinter hub, the frame rates totally dropped. I couldn’t move and thought that I’d actually lagged out of the game. While frame rate issues are mo
st common in the hub area which is generally safe, I even experienced issues in the middle of combat when there were simply too many things going on for the Xbox One to process all at once.

There is no doubt that Neverwinter is well crafted, even if it’s not the most beautiful game you’ve seen on the new consoles. It’s well designed and offers a ton of content. The textures and designs feel a bit outdated, unfortunately, with graphics not quite living up to expectations. However, you’ll probably be too busy following the sparkling path to the next batch of enemies to notice too much.

While it offers in-game purchases, these are totally unnecessary for most gamers and aren’t pushed on players; I was never hit up for payment details or asked to buy premium currency unless I actually went to the premium currency shop. The entire game is free to play and it feels quite generous.