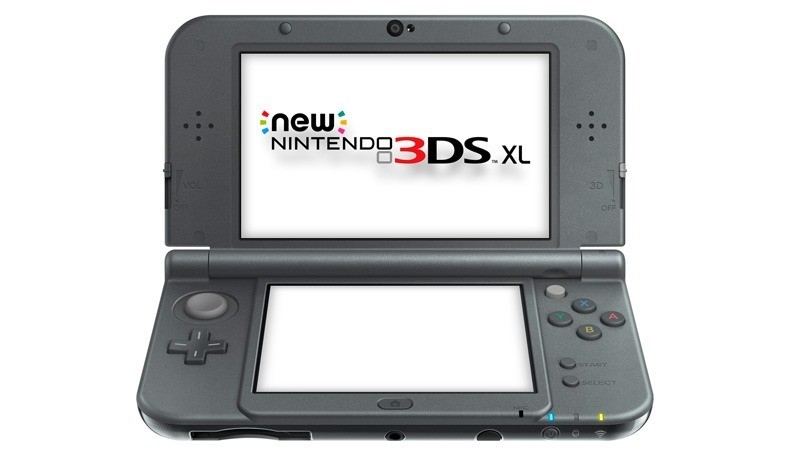 The first time you see the stereoscopic effect presented by Nintendo’s 3DS, it’s a marvel. Glasses free 3D really works, and it’s magical. At least, it is until you move your head slightly, to find that instead of a 3D window into a world, you’re looking at a garbled on-screen mess. It’s one of the problems Nintendo sought to fix with this latest in its terribly named, yet rather delightful hardware refreshes.

Most people I know, even the most adherent Nintendo fans, continue to play their 3DS games with the 3DS slider turned all the way down. It’s the easiest way to avoid that nauseating headache caused by the muddy screen effect whenever the 3DS was moved from that magical sweet spot that kept the illusion alive. It’s a pity, because far from being an unnecessary gimmick, some games – notably 3D platformers – like Super Mario 3D Land actually benefit from the added depth, or the illusion of it.

The New 3DS and its bigger brother, the New 3DS XL redress the issue of clumsy, awkward 3D – convincingly so. The very best thing about this new system, though not its singular addition, is the implementation of head-tracking for a more stable 3D experience. A little infrared sensor in the top screen, position next to and working in tandem with the system’s front-facing camera keep track of your head, and adjust the viewing angle for the 3D effect accordingly. And it works. It really, really works. 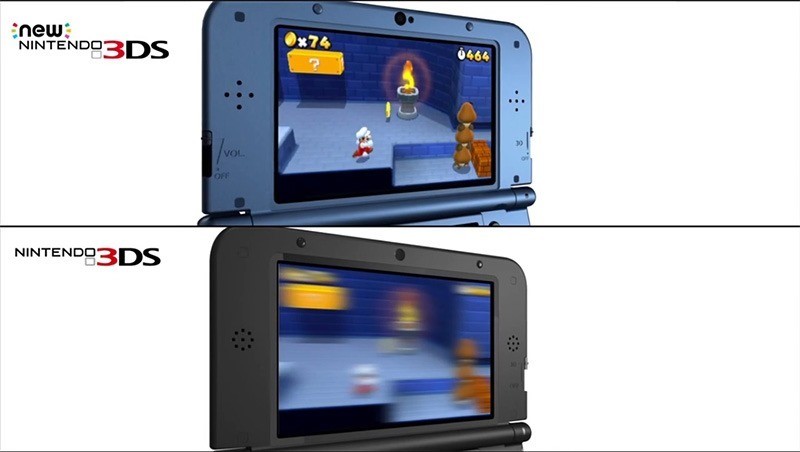 The 3D effect is significantly more pronounced, and no longer requires precariously holding the device at the right angle. Called “Super-stable 3D” by Nintendo, it brings back the promise offered when the 3DS first launched, and I’ve delighted in going back through my 3DS library, enjoying the extra depth in games I’ve previously played with the effect off. That’s not to say that the super stable 3D is perfect. If you happen to look away for a moment, out of the range of the head-tracking magic, the screen can look blurry once you fix your gaze, and it takes a half-second before it rights itself. It’s hardly a big problem, as you’d very nearly have to go out of your way to trick the system.

It’s not the only thing making the system look better. Though it’s still constrained to that laughable 800×240 resolution, the screen’s – at least in the New 3DS XL unit we’ve been given – a better quality, with sharper image output and better colour reproduction. 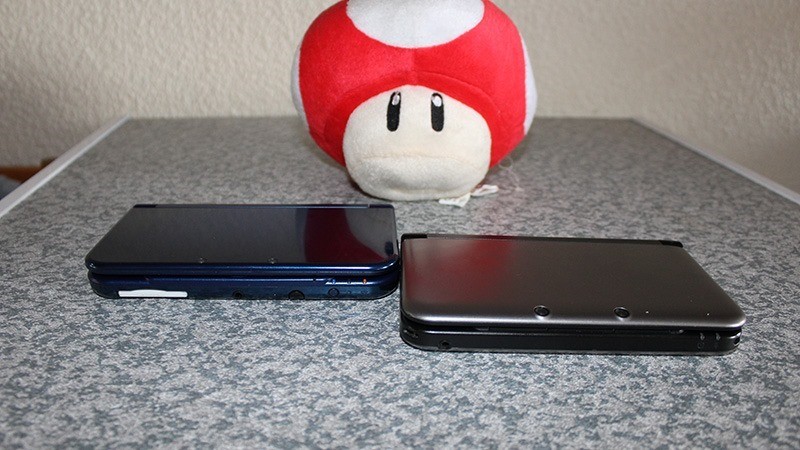 There’s been a bit of an overhaul to the system’s form factor too. While it’s got same footprint as the 3DS XL, it’s more rounded off, and sleeker. Just like the 3DS XL. the newer one is comfortable to hold for longer periods  – something’s bolstered by a slightly better battery. The stylus, previously conveniently located on the right side of the system is now at the bottom, in an oddly awkward, unwieldy spot. Mid-game, it requires the sort of dexterity I’m incapable of. So I see this as an odd change. The stylus itself is a little shorter and stumpier too. The sides of the newer XL are relatively bare, where previously they housed the wireless connectivity switch (now software controlled), the SD slot (now hidden inside the system) and the volume slider. Volume is now controlled by a slide on the left of the top screen, preventing it from being accidentally changed in game, something that’d happened to me with unbearable frequency.

The most notable form-factor changes here are with the inclusion of a built in right control nub, and the extra buttons once only afforded by the Circle Pad Pro accessory; a pair of extra shoulder buttons.  There are a scant few games that support the extra inputs, but that will likely change. I’m not enamoured with the little rubber nipple that serves as the second stick though; it’s far too firm, and there’s no tactile response to it, so it’s hard to tell how much you need to push it – and sometimes, which direction you’re pushing it in. It’s very much like the ones that laptops used to have – and there’s a reason they no longer use them. It’s hardly ideal, but it’s better than it not being there. 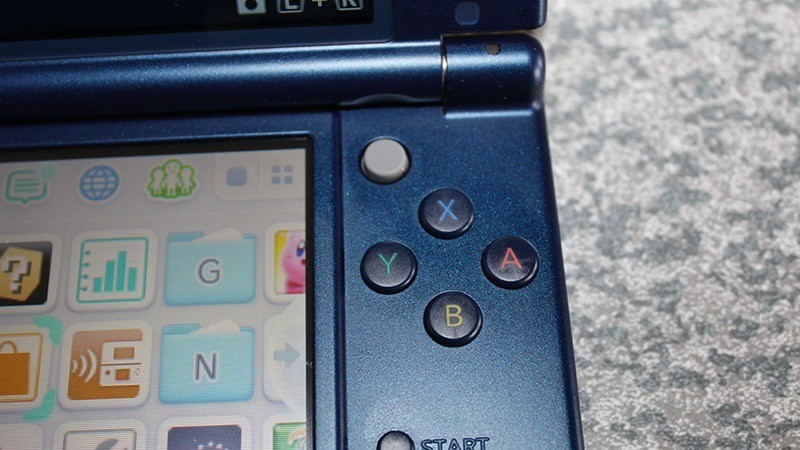 The hardware’s been given a bit of an upgrade too, with marginally quicker loading times, a significantly faster entry to the system’s digital store, quicker downloads and in general, quite a bit less waiting. Nintendo’s very nearly doubled the specs on the new machine, doubling the RAM, doubling the cores and increasing the VRAM from 6MB to 10MB –  and it is apparent. We’ll only really be able to gauge once we start seeing more games that are improved for the New 3DS, as well as the ones exclusive to it, like Xenoblade Chronicles. The camera’s also been given a slight boost, but considering how awful it was to begin with, that’s not saying very much.

Another new inclusion is an included NFC reader, which makes the system ripe for Nintendo’s own toys-to-life, Amiibos. The only game that currently supports them on the handheld is Super Smash Brothers, which added Amiibo support in a recent update. It works as intended; placing one of the toys in the middle of the screen brings them in to the game, with their progress from the Wii U version carried over. I’m not blown away by Nintendo Amiibo implementation in games just yet, but we’ll have to see how that changes in the future. 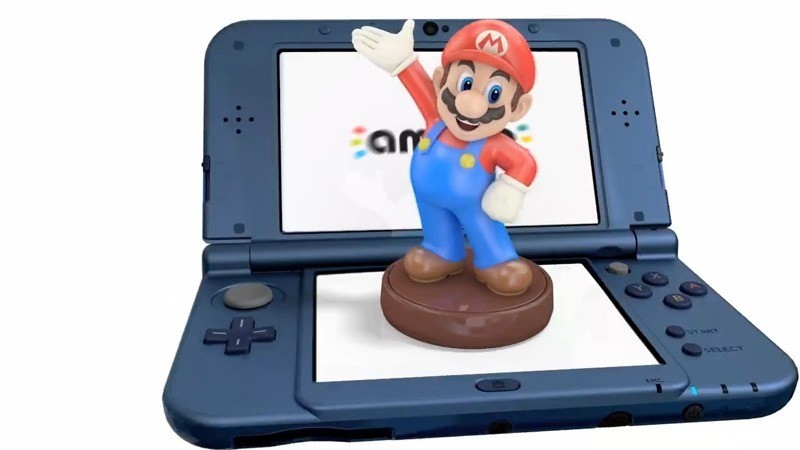 Moving over to the new system wasn’t what I’d call a painless experience. While it’s very possible to transfer your data from an existing 3DS, it’s a laborious task that’s either fiddly, or time consuming depending on how you wish to go about it.

First, you have to connect both your new 3DS and your old one to the same Wi-Fi network and initiate the licence transfer. After going through a confusing series of menus, you’ll have the option of transferring all of your games across to the new system’s storage via Wi-Fi – but it takes forever; over two hours for 4GB of data.

The quicker option, though also the tiddliest one requires a PC and an SD card reader. You’ll not only need that, but also a screwdriver to remove the back plate from the 3DS so you can take the new Micro SD card out to copy your files to. You’ll probably need to buy a new one of those too, as the included 4GB one just isn’t large enough. Here’s Nintendo themselves outlining the laborious process.

It’s more of a hardware refresh than an all-out new system, which begs the rather simple question: Is it worth buying?

If you don’t own a 3DS, or have one of the original, cramp-inducing smaller ones? Unequivocally, emphatically, yes. The 3DS is home to some of the very best games I’ve played in recent years, and the more stable 3D, included C-stick and buttons and the NFC functionality make it undeniably the best version of the best handheld available. There is a caveat for new buyers: the system doesn’t include a power adapter, so you’ll have to buy one separately.

If you already own the larger, more comfortable 3DS XL though, the recommendation is a trickier one to make. It’ll all come down to how much new games will make use of the increased CPU speed, and if we’ll start seeing more games make use of the additional inputs.

The New 3DS XL is out today, and launches alongside the smaller, regular New 3DS (in Europe at least) which has the same additions and improvements. Beyond that, the regular New 3DS, which is bigger than the launch 3DS, allows for swappable face plates, for a dash of customisation. 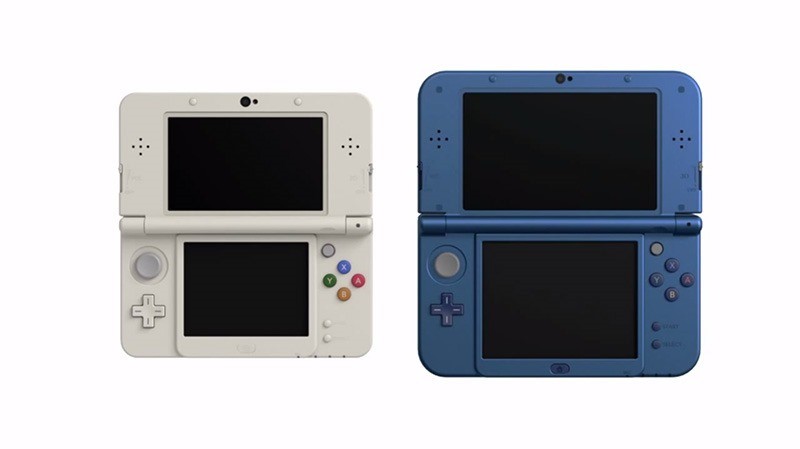 Disclaimer: The New 3DS XL was supplied for review by Nintendo.