Home Gaming Not A Hero Review – Some bunny to lean on 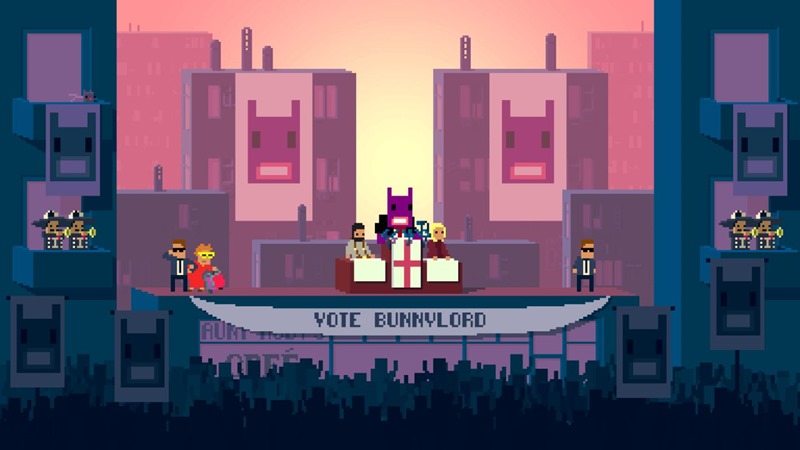 That’s a lovely game you got there? Real lovely. It’s quite bloody, innit? I like that, I truly do mate. But uh, it’d be a right shame if something were to happen it. Know what I mean? A right shame. Supposing some fella set the game on fire? A right shame, yeah. But look here, I’ll make you a deal: If you can play Not A Hero and wipe out crime, I’ll guarantee that you don’t get done over. Of course, if you don’t, things might happen….Oops.

Crime. It’s a hot topic for any up and coming politician. The easiest way to pander to the masses and grab a few votes. Thing is, most potential world leaders won’t do a damn thing about crime once they’re in office. But not Bunny-Lord. This strange and enigmatic chap who wants to be elected mayor of London has an idea: Win votes, fight crime and do it in as a public and brutal a manner as bloody possible. 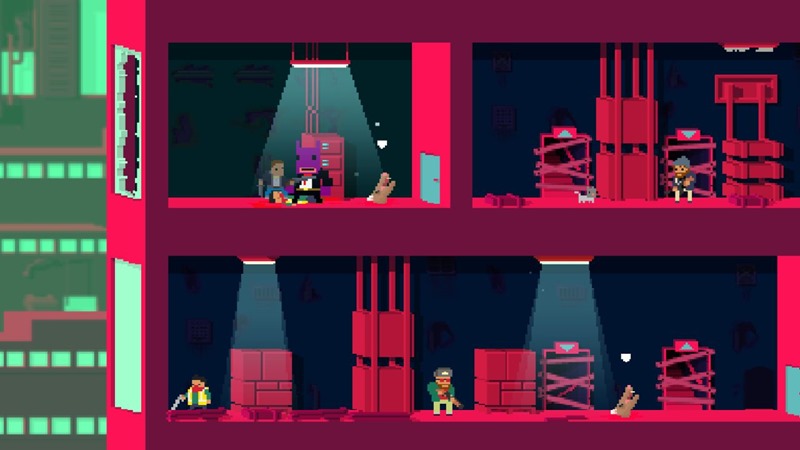 And dammit, Bunny Lord is the kind of politician that I can get behind.

Not A Hero looks simple enough when you see it. You’ve got to clean the streets up, win the hearts of voters and blast your way to victory in a game that is reminiscent of classic 2D shooters as you tackle everything from deadly pseudo-Russian gangsters to the London underworld and beyond. Sounds easy enough. But Not A Hero has a surprisingly deeper rabbit-hole of bullets and ballots than you’d expect. 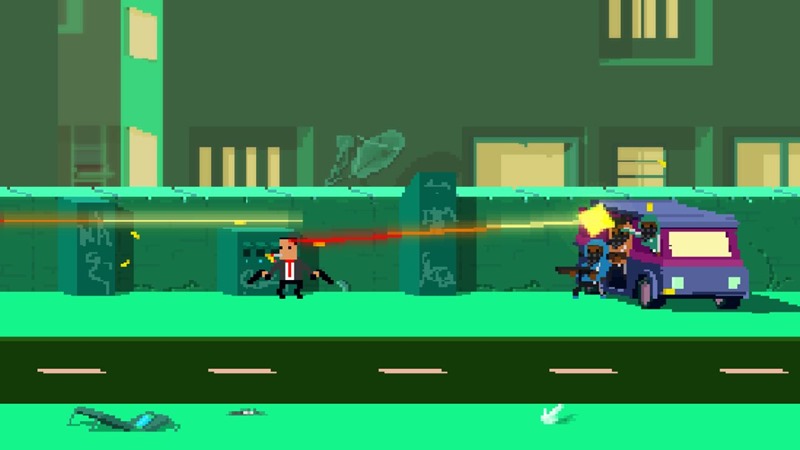 It’s quick on its feet, with players able to slide around and engage in shootouts, while taking cover in a 2.5D setting. And that’s where the mat of the game lies, as combining run ‘n gun action with tactical reloads and cover results in a title that bleeds together into one fluid symphony of pixelated violence on a grand and gratuitous violence. 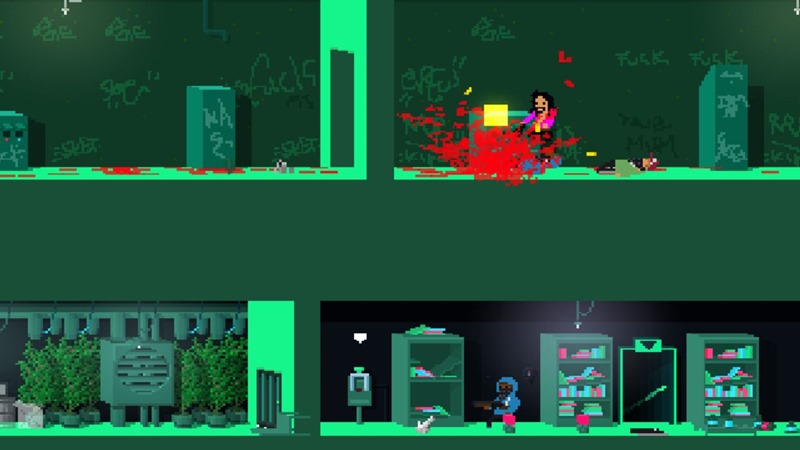 There’s a certain flow that needs to be entered into when you get into the game, as the chance for either player or enemy to shoot back, take cover and reload reveals the depth of this title. The game itself starts out easy enough, easing players into levels of random goon murder before upping the ante and turning the action up to 11 as new characters are unlocked. 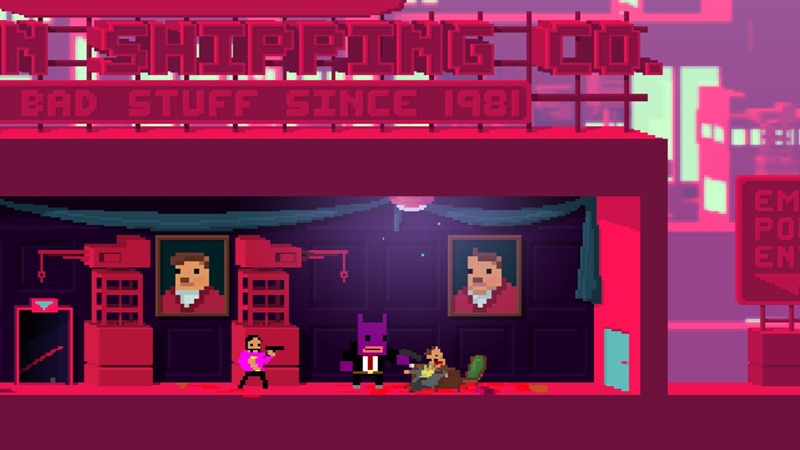 Each one of them of course, has their own perks, such as Scottish redneck Cletus taking a shotgun into battle or Jesus being able to use a longer slide while sacrificing fine gun control. Everyone has something to contribute to Bunny Lord’s party, bringing their own pros and cons to the table as you mix and match to a style that suits you. And you’ll need to dip into experimentation, as the game switches up the enemy types often enough to present a constant challenge. Some opposition parties don’t take too kindly to your slides, some shrug off bullets like our president shrugs off questions about his Nkandla residence and others will rush you with a haterection in your general direction. 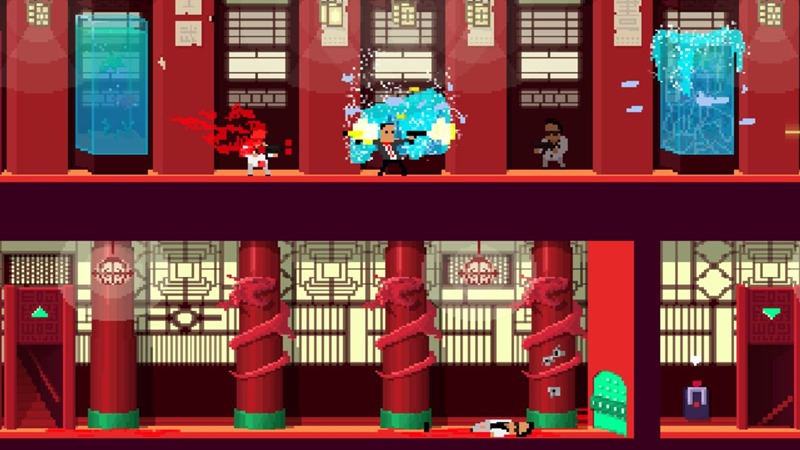 And it’s all massively entertaining thanks not only to the quirky and over the top violence that defines the game somewhat. But a solid sound department filled with some loony voice acting and a world that is sharper than curry the morning after, makes for a game that is cleverer than you’d imagine. There’s a wonderfully weird sense of humour that permeates throughout Not A Hero, coupled with a certain British style of comedy that knows how to make a cerebral joke out of seeing a Chinese Triad gangster get his brains blown out. 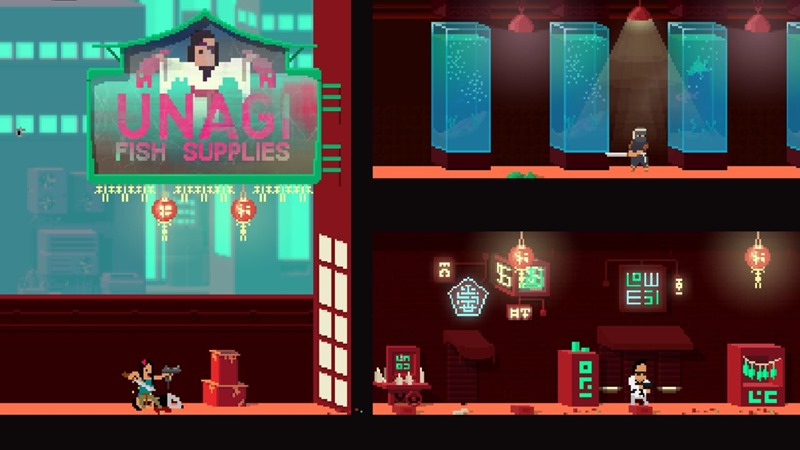 Bunny Lord himself is an enigma, a combination of election talk and brutally violent adjectives. It’s the kind of humour that may not be to everyone’s tastes however, which may wear out its welcome after a while depending on your particular comedic tastes. It’s a solid game then, filled with cutting commentary, addictive gameplay and some of the best level design seen in quite a while. Or it would be however, if several bugs weren’t present. I’ve had the game drop on me several times during a frantic shootout, while other players have complained of rubber-banding enemies, invisible walls and skips in gameplay that can break your momentum entirely. 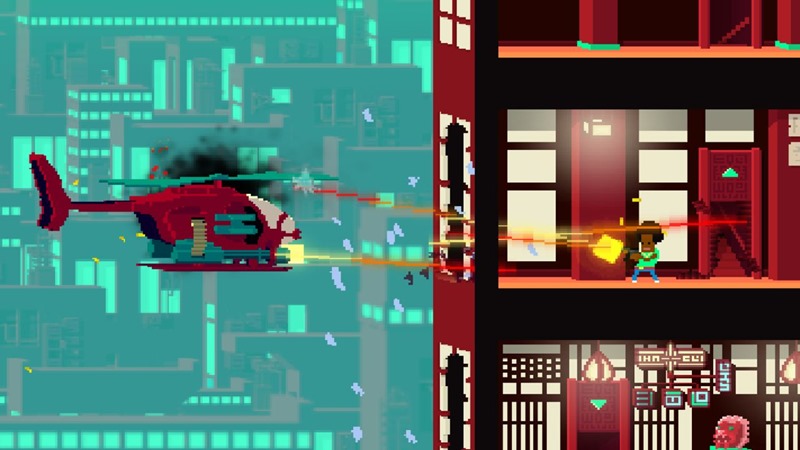 Hopefully these are issues which will soon be worked out, because I love the game regardless of such technical bugs. Bunny Lord has my vote.