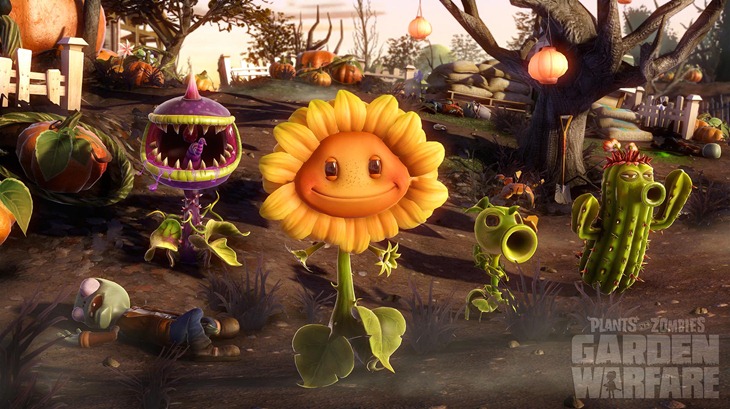 It’s been a while since I’ve played any Plants vs Zombies, and I’m not talking about that free-to-play sequel which has failed to grab my attention. Garden Warfare is a more visceral take on the franchise, that swaps strategy for action. I’ve got my gardening gear on, and have waded into that mess of reviews, to find out if it’s any good. Here’s what other gardening blogs have to say.

“Different” doesn’t always mean good. Unexpected combinations of action and subject matter don’t always work out. But here, they’re elevating factors in often tired genres.Garden Warfare could have been an underwhelming exercise in missing the point, of mismatched agendas. Instead, it takes the best parts of PVZ to make an experimental shooter that feels freed from tired conventions or compromise.

With a few more tweaks, Plants vs. Zombies: Garden Warfare would be a must-buy for pretty much any shooter fan out there. But even with its blemishes, I was incredibly surprised by the amount of depth the game has to offer on top of all of its charm. Hopefully EA will ease off the microtransactions in the future and even more content will pile in, because with the right moves and support, Garden Warfare will be something special for quite some time.

Garden Warfare will enrapture younger players with its characters and style, but other games manage to do this while catering for those interested in the actual game underneath the affable exterior. With its skewed balance, lack of feedback and samey maps there’s little to keep you playing once the kids have gone to bed.

Shit, I knew that I was supposed to review something else for today. Erm, pew pew plants something. (Ed’s note: Our review is coming soon!)

Plants vs Zombies: Garden Warfare is not an exceptional shooter by any means – and in the case of its progression, can be quite frustrating – but seeing its classes brought to life in a shooter so effectively, with its trademark humour intact, will win you over for at least a short while.

Tight multiplayer action that could have done with a few more tweaks seems to be the general consensus so far. The game is cheap enough if you’re interested in buying it, when it plants its seeds at the end of this week.