Pure Farming 2018 is a competitor in the farming simulator market, a genre dominated by the revered Farming Simulator franchise. The game was developed by Ice Flames and published by Techland, and its stated intention is to be “The most complete modern farming simulator”. Like other entries in the genre, Pure Farming 2018 aims to give gamers the chance to see a farm grow and flourish from their labours, and to maximise efficiency by choosing what areas of agriculture to cultivate. 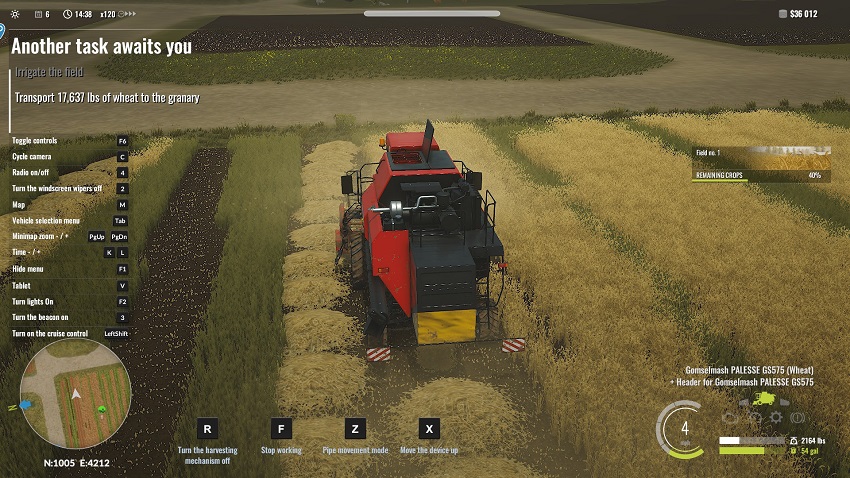 Gameplay is divided into three modes, namely My First Farm, Free Farming, and the Farming Challenges. Players are encouraged to tackle My First Farm first to play through the tutorial and learn the various systems of the game. This also functions as the story mode, and sees the player character inheriting their grandfather’s farm and trying to save it from debt and disarray. That sounds quite familiar to Stardew Valley’s storyline, just with Polish-accented voice actors substituting the charm and sense of whimsy. The storyline is a weak excuse to give the game a tutorial, something I found crucially lacking in the hands-on beta. Unfortunately, it doesn’t handle plot or explanations well, and the game teaches itself through a series of invasive and jarring emails from some all-seeing farming expert. There has to be a better way to teach the game’s mechanics without forcing them to open an email every two minutes that explains controls. And for a struggling farmer, the player character is quite the jet-setter. The game gives you the opportunity to go work on an unrelated farm in Italy after just a few hours, which has no relation to saving your starting farm.

Still, this is a simulator, and no one plays those for their story. It’s the gameplay loop of investing in an avenue of agriculture, setting up a field, harvesting, and profiting that draws people to this type of game. Despite the goals of being “The most complete modern farming simulator”, Pure Farming 2018, unfortunately, comes across as entirely unoriginal. I was able to jump straight from Farming Simulator 15 to this one, and the change was barely perceptible. There are slight control changes, and a few extra steps to take to ensure a successful crop, but the overall experience is practically interchangeable. Even the graphical quirks and basic controls are near identical. 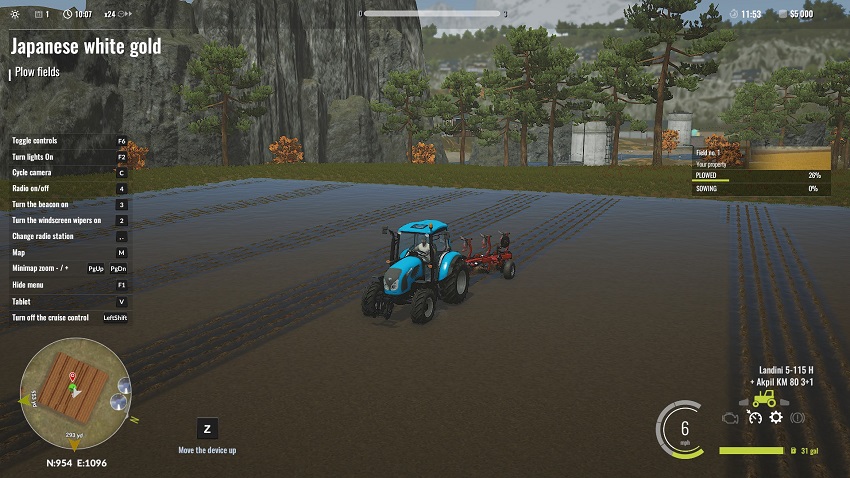 The game attempts to set itself apart by offering four different countries to farm in; namely Italy, Japan, Colombia, and the USA. Each features a different map, loading screen music, and country-specific crops to grow. For example, grains are best grown in Montana, while Colombia supports coffee beans and the hemp industry. The intention is to offer a global experience, hopping across the world to meet the needs of the agriculture market and reap those sweet rice profits, but in practise, it falters. Outside of the American map, the other countries offer smaller farms and are clearly there to just offer the unique crops. It makes the other nations feel more like minigames or side-quests, hardly related to the thin plot or the overall farming strategy.

The other gameplay modes are easier to explain than My First Farm. Free Farming offers a sandbox experience where players choose their starting funds and set their own goals. The Farming Challenges tout themselves as being “Advanced” or “For skilled players”, but really they’re just the same day-to-day farming tasks separated from an overall long-term goal. Besides achievement hunting and trying other avenues of farming before you invest in them, the Farming Challenges don’t offer much besides just more of the same. It would be great if the game wasn’t in third-person when your character is walking around, especially considering that first-person perspectives are available throughout the game.  Customisation options are limited to skin colour and clothing, but you’re still stuck with a dead-eyed mannequin that wears a human skin as your avatar. 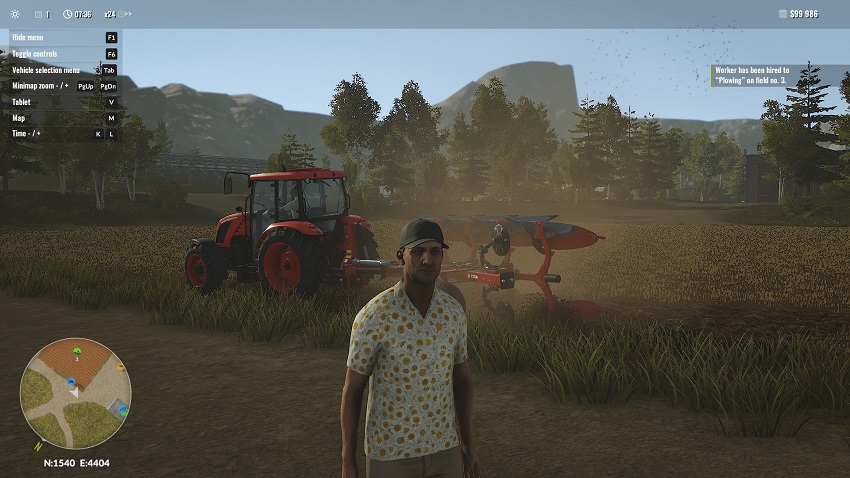 Other ways Pure Farming 2018 tries to stand out in its field is by giving the player more tasks. Fields need to be cultivated depending on the intended crop, which entails different soil preparations. So there’s ploughing, cultivating, seeding, and eventually harvesting. But a crop can be improved with irrigation, fertilisation, and spraying pesticides. All of which amounts to slowly driving back and forth across a field or orchard. Sure, there are greenhouses and animal pens to maintain for variety, but those amount to little more than taking resources back and forth. Farming games by nature are monotonous, just read my opening paragraph. But Pure Farming 2018 doesn’t add anything to the formula except for different types of monotony.

But don’t let negativity be the take-home message of this, because these issues only crop up if you’ve played other farming simulators. Aside for some heavy vehicles that handle far too fast, the gameplay and controls are solid. Besides all the busywork, it is satisfying to reap a crop that a lot of effort went into. This is a great game to play while watching a series on a separate screen or catching up on podcasts, and it can be a mellow way to chill out for a while. While the Farming Simulator franchise is more established and its next instalment is on the horizon, Pure Farming 2018 certainly offers some worthwhile farming action.