Over the past few years the simulator genre has grown an unprecedented amount. What used to be limited to realistic aircraft games now includes all manner of simulations, putting players in charge of trucks, fishing vessels, or airport vehicles. Possibly the highest profile series of recent years has been the Farming Simulator franchise, which is about to hit its eighth major installment. It now faces competition in the agricultural market with newcomer Pure Farming 2018, which looks to innovate on the formula. After ploughing through some beta code, I’ve got a silo of opinions about the game.

I just want to get this out of the way: I love farming simulator games. I’ve spent a startling amount of time playing them, and one is in my top ten list. So the thought of tackling Pure Farming 2018 was quite exciting for me. In its beta form, the game offers one complete free-roaming map in Germany and a list of quick-fire scenarios to play through. It gives a good look at what the finished product will be, although there were naturally some frustrations with the beta. 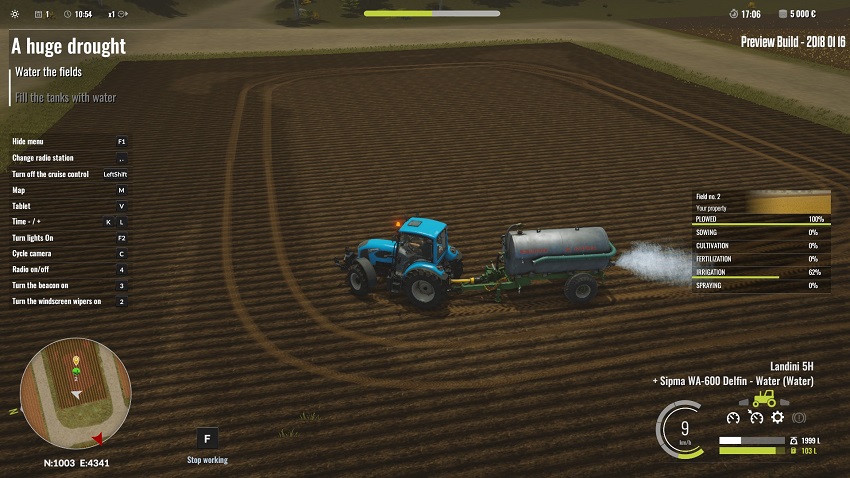 For one, there is no tutorial built-in yet. The final game will have a mission-based campaign to teach players the basics, but that wasn’t present here. It didn’t present any problems with controlling the highly technical vehicles, because a detailed list of controls and contextual prompts is always visible. The problem was that I didn’t understand several systems of the game. For example, I had no idea how to buy seed, which might be recognised as a fundamental part of farming. And the use of several pieces of equipment wasn’t made clear either, leading to a lot of trial and error. The free-roaming mode also didn’t have a save function, so any progress was lost between resets. But that’s fine, it’s only a beta after all.

The gameplay follows a calming and repetitive loop as players freely grow their farm into various profitable ventures. Players will cultivate crops or raise animals and sell both for profit. This is then used to buy more equipment, infrastructure, or livestock, which continues the loop. If it’s your kind of game then it’s relaxing and rewarding to see your labours pay off and your business expand. That said, the game is built around a lot of time-consuming activity, and sometimes ploughing a field is incredibly tedious. 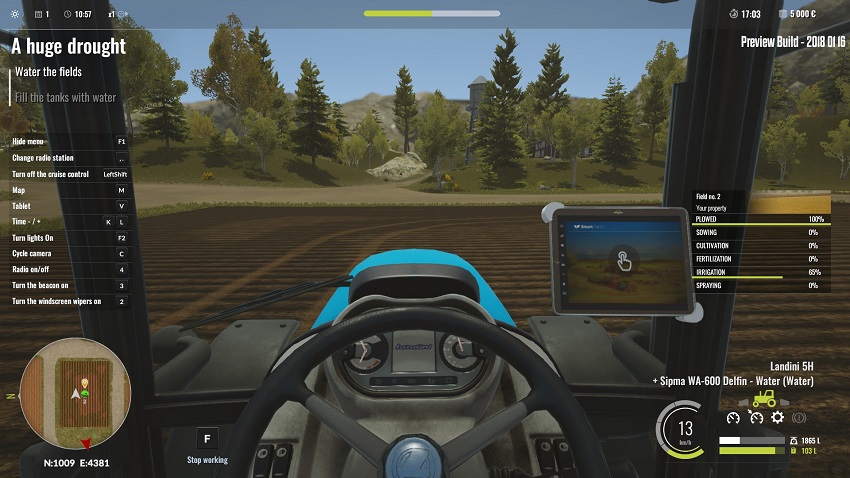 The above is true for the free-roaming mode, but the scenarios are a little different. They’re based around completing a task in a time limit, such as harvesting wheat, watering fruit trees, or repairing vehicles around the map. Honestly, it was difficult to find appeal in these as they only offer the same kind of gameplay as the rest of the game, but without the satisfaction of seeing long-term growth on the farm. It does allow players to try out some of the more exotic vehicles before they buy them, so it’s useful for that reason.

Despite being presented as a competitor, Pure Farming 2018 has a great deal in common with the Farming Simulator series. The vehicle controls and gameplay loop feels almost identical, and it would be difficult to differentiate between the two based on visuals. Pure Farming 2018 promises some unique crops and speciality vehicles, but that only amounts to slowly driving over a field and harvesting different plant textures. It’s going to take the final game, with all its features, to convince me that the newcomer has merits over the established veteran. 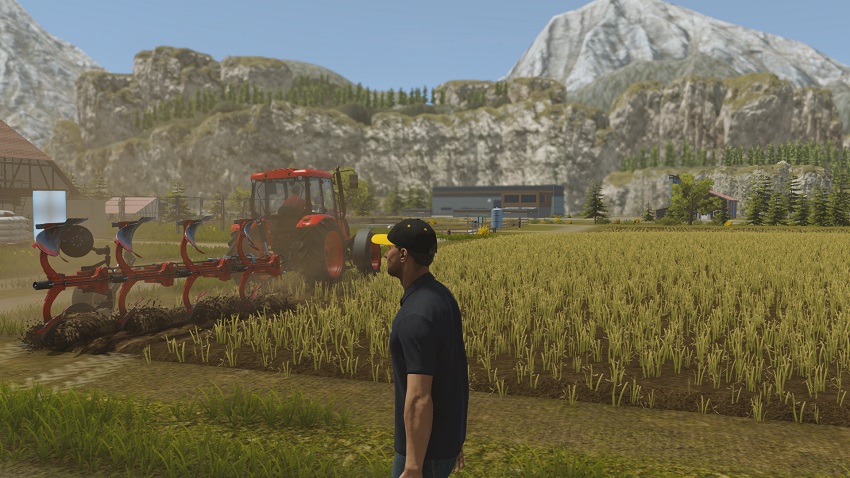 Granted, I had a good time with the preview. It was every bit as relaxing and rewarding as I was expecting it to be, and it’s clearly going to be an excellent game for chilling out with a podcast.  Pure Farming 2018 launches on 13 March for PC, PS4, and Xbox One. Be sure to check back later for a full review.