I have a soft spot for those infernal match-3 puzzle games. No, I’m not one of those loyal Candy Crush adherents that keeps asking for boost through Facebook. I’ve never, in fact, played it – but I abhor microtransactions. I have, however, fostered a few, quite possibly unhealthy, addictions to the sorts of games that Bejewelled made popular. It was particularly bad with Puzzle Quest; a game that married the addictive matching of 3 coloured gems with the irresistible allure of the RPG. And here I am, obsessively hooked once again to a simple puzzle game.

The drug this time is a mouthful: Puzzle & Dragons Z + Puzzle & Dragons Super Mario Bros. Edition. As its double-barrelled name suggests, it’s actually a twofer; two games for the price of one; each as mesmerising, charming and addictive as the other. 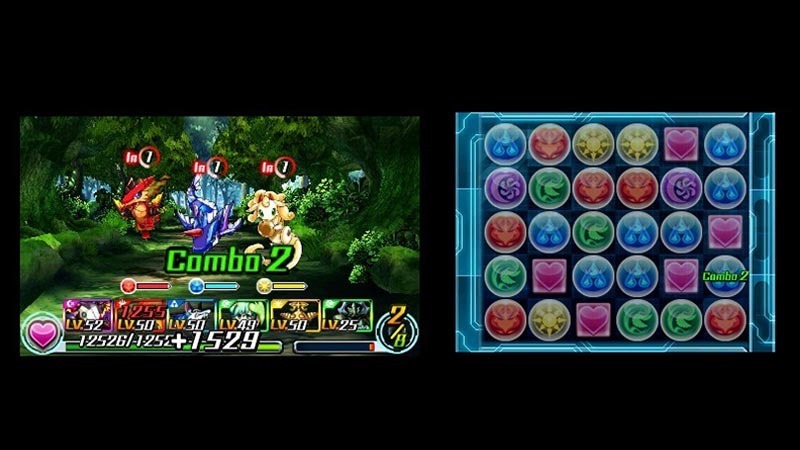 The main game, Puzzle and Dragons Z, is of course heavily based upon its namesake, Puzzle and Dragons. For those of you not in the know, P&D is a monumentally successful Japanese freemium mobile game that has taken Nippon by storm, earning its creators startlingly wild sums of cash. It’s addled with micro-transactions that help ease the grind, making it possible to pay your way to an easy time. That sort of pay-to-not-pull-your-hair-out twaddle is thankfully absent in this handheld release of the game, which does more than just strip away the monetary monotony, but also adds an overworld in an attempt to flesh out some sort of narrative.

It’s a story – and indeed a premise – that’s immediately familiar to anybody who’s played any sort of Pokémon game before. It even starts with a young teenager awoken from peaceful slumber by his or her mum. Just moments later, the player character takes possession of a couple of eggs – which hatch to become dragons, which the player character uses in battle against a menagerie of other otherworldly creatures. They’re even able to evolve later on. If this weren’t published by Nintendo, it wouldn’t be much of a stretch to imagine an impending lawsuit.

Some sort of catastrophe befalls the land – this time the world is torn asunder by a mystical earthquake that rips it apart, pulling conveniently puzzle-shaped bits in to the sky. It’s up to you, and your increasingly large bestiary to take on a series of large sky dragons and piece the world back together. Obviously. 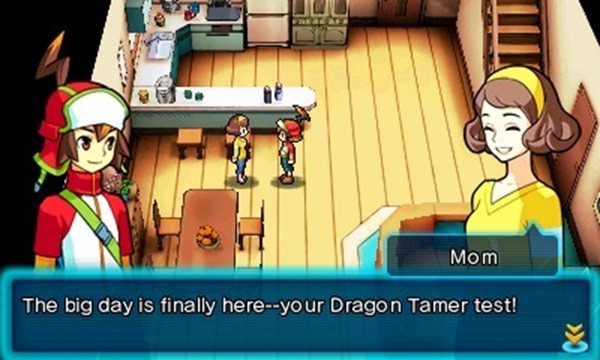 It’s not the asinine, stereotypical JRPG story that has its hooks in me though, but rather the gameplay, which is simpler to play than it is to explain. Like Bejewelled and its ilk, it’s a match-3 puzzle game, but instead of just moving your single orb, you’re able to drag along the lower screen, pushing other orbs in to place, helping you match up more than singular sets of three. Your goal is more than just matching one set of colours; ideally you want to build expansive combos that tap into all of the colours available – representing either fire, water, wood, dark and light.

You’re constrained by a rapid timer, so once you’ve started moving, it relies on quick thinking and rather strategic planning. Moving through a series of dungeons you go from fight to fight. To attack with your monster, you simply match three gems that match the colour of your monster. Additional combos of any colour will boost the attack – sometimes exponentially – resulting in devastating damage being dealt, and sometimes even killing your foes with a single shot. 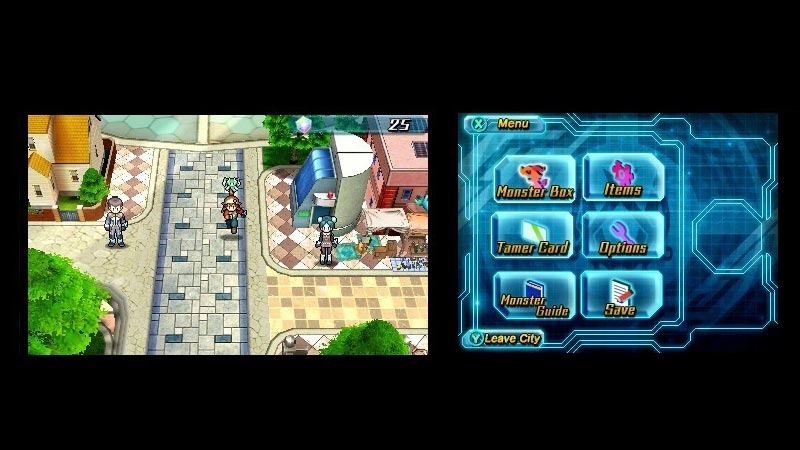 That’s the basic premise, but it’s given an extra dose of strategy through its collection, upgrade and evolution systems. As you defeat monsters, you’ll often be rewarded with more eggs, out of which hatch more monsters to help you build your team – up to five of the critters in any one team. Choosing the right team is critical, as certain elemental creatures are better against others, in that cyclical rock-paper-scissors way; fire beats wood, which beats water, which beats fire. Dark and light go up against each other – making the choices for the right team harder than you might imagine. Whereas in some areas, one particular team configuration might give you a major advantage, it would be a terrible disadvantage in another. It lends the “gotta catch ‘em all” monster hunting bit of the game some gravitas. Monsters can also be upgraded and evolved, making them more powerful and giving them unique skills. Set a monster as your team leader and it might afford you abilities such as prolonging the move timer, or increasing the attack or defence of certain elemental types. Instead of hatching some eggs, you can even use them to power up some of your monsters, adding even more strategy to what on the surface, seems like a simple puzzle game. It’s far deeper than you’d imagine, and stripped of its microtransactions, makes it as close to perfect an example of a puzzle RPG. And take note of the RPG label, because it is  and RPG – just instead of regular combat, you match orbs. 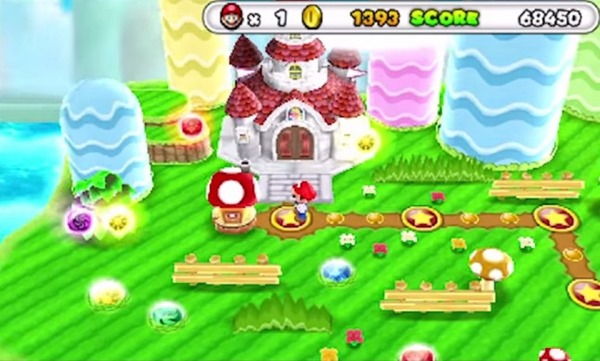 The Super Mario Bros. Edition of the game dispenses with the overworld and much of the narrative sticking instead to the usual Mario method of moving from stage to stage on a linear path. Bowser has predictably kidnapped Princess Peach, and it’s up to Mario and friends to save her. Again. Again.

The draconic orbs are replaced by ones featuring classic Mushroom Kingdom insignia; Mushrooms, Fire flowers, Stars and the like. Enemies, and allies are now pulled straight from Mario games, and you’ll go up against – and team up with – its usual cast: goombas, turtles, boos, bob-bombs, Piranha plants, spike shells, whomps, wigglers and just about other being that’s ever featured in a Mario game. 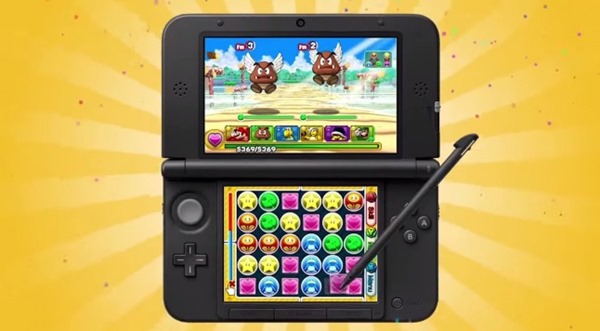 And while it seems like a simple cash in on the Puzzle and Dragons name, it carries with it its own charm. In fact, I’ve preferred playing it. Bereft as it is of the JRPG nonsense, it’s quicker to get to what matters: the gem-matching. Like Z, it has its own metagame of upgrades and evolutions – and requires every bit of strategy and planning. It may fundamentally be exactly the same, but it has its own identity – and Mario fans will get a kick out of the remixed music.

For the few weeks that I’ve been playing Puzzle and Dragons, I’ve been unable to play anything else – making a grab for my 3DS whenever I’ve had the opportunity. If there are complaints to be levied, it’s that gaining XP and levelling up creatures can be a bit of a grind – a holdover I’m sure, of its freemium roots. And though the game is often easy enough, there are also often some nasty difficulty spikes. Enemies can often one-shot kill you – though that’s more than likely because I’d made poor team selections. Thankfully, the gem-matching puzzling and its metagame is engaging enough that it doesn’t feel laborious.