Whenever you buy a video game these days, you’re always going to ask yourself the same question: How many hours of fun do I get out of it? Games these days aren’t exactly cheap, and the effort to get maximum enjoyment out of any product is a facet of our purchasing decisions that we’re fixated on. And that’s understandable! You want mileage, you want an emotional investment to match your financial speculation of the quality of a game.

There’s something be said however, for a game whose primary challenge is an in-your-face double-dog dare to blitz through it as quickly as possible. There’s an art to speed-running, as well as a rabid community that has been born out of the desire to push any given game to its breaking point and beat the clock on the way. Remnants of Naezith is one such game where speed isn’t just encouraged, it’s mandatory. 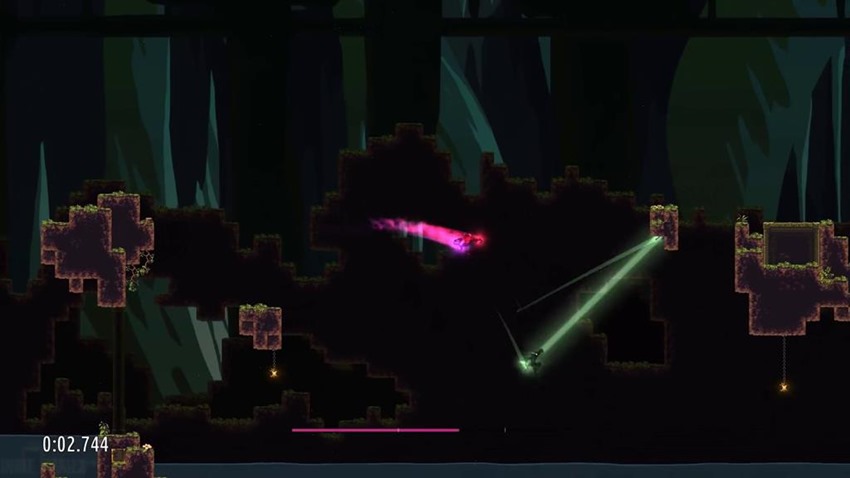 The story is simple enough. In a distant age, there was a dragon who was the bee’s knees when it came to food chains. Then the dragon died and his power was scattered across the land, ripe for the picking and the dragon was all like “wait that’s bad these cretins could actually cause some damage with my bones”. If only there was some nearby patsy who could stumble on the spirit of the Dragon and find himself grafted to the mighty beast and thus imbued with all manner of cool platforming powers.

Wait a minute…that patsy is you.

Also, you’re going to die. A lot. It’s as if this entire game were the speed-running equivalent of another famous video game known for brutal spikes in difficulty and whose name escapes me right now. Probably rhymes with Lark Foals. Anyway, the gist of Remnants of Naezith is simple enough. You’ve got a stage ahead of you, every surface is covered in all manner of materials that wants to murder you and you’ve got to use your newfound skills to navigate a path to victory. 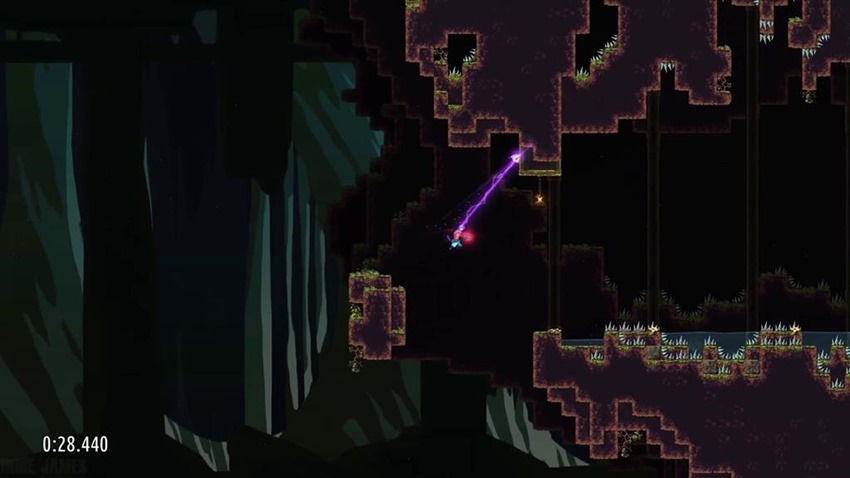 Not only that, but the clock is ticking. Every fraction of a second wasted throws you further down the pecking order of the fastest players around, robbing you of precious kudos.  I mean, there’s no actual penalty for being slower than a politician being asked to take responsibility for their actions but dammit man don’t you want to be number one?

I’m not lying either, Remnants of Naezith is brutally difficult as you ascend through the stages. Each new level adds another obstacle to the learning curve, testing your patience and resolve to not fling your controller away in sheer hatred after you’ve died yet again. But like any game that prioritises speed and agility, Remnants of Naezith feels sublime when you nail the proper rhythm. When you’re one with nature, effortlessly combing jumps, grapples and quick dashes, it’s amazing. 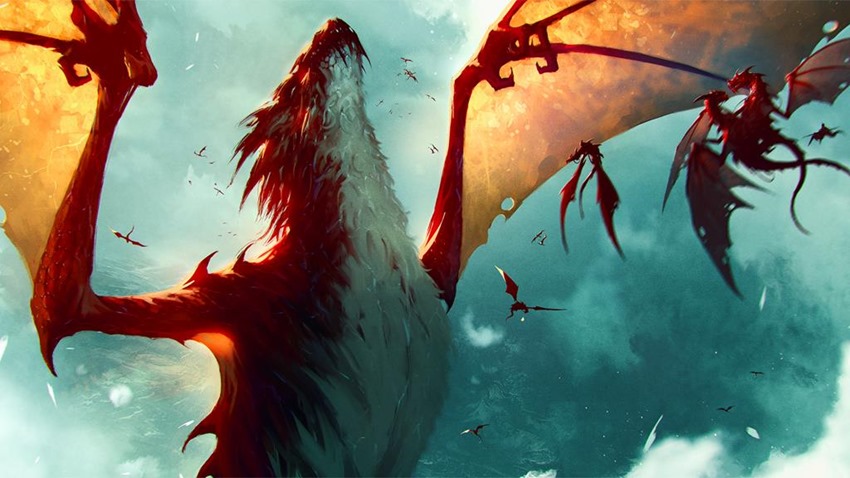 There’s something to be said for game design that tasks you with thinking a few grapples ahead, navigating your way through environmental obstacles aplenty. That’s the gist of Remnants of Naezith really. Be quick, think faster and bask in the glory of being number one. Until some other fella spends a silly amount of time working out a way to beat you by a mere tenth of a second. I hate that person so much right now. 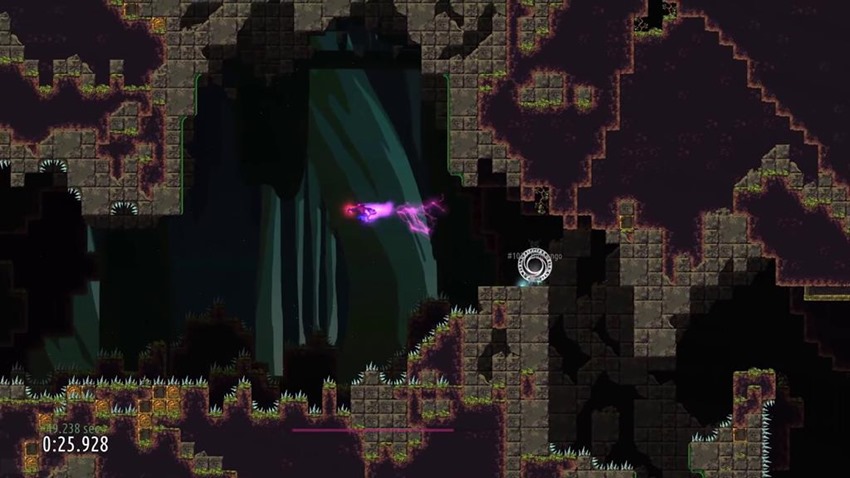