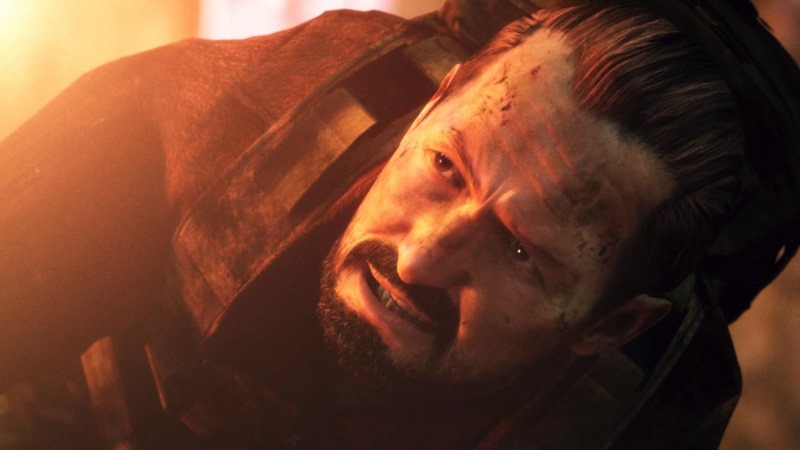 Revelations 2 has been a fun so far. Perhaps it is still too action orientated, but I’d be lying if I said I hadn’t enjoyed it and experienced absolutely no palm sweating. Episode 4, the conclusion, is finally out this week, bringing the tale of Claire, Moire, Barry, and Natalia to an end… or does it? In the review of last week’s episode, I mentioned that the story component is rather weak. I had hoped this week’s offering would patch things up, complimenting the solid gameplay. My hopes were misplaced. As much as I’ve enjoyed everything so far – I hated the ending of Revelations 2. It breaks my heart to say that this final chapter is the weakest of them all.

Now it’s not all doom and gloom. Revelations 2 is still very much a great entry into the Resident Evil franchise – one of the best in my opinion. The story though, leaves a lot to be desired. Being the final episode, I expected everything to tie up nicely… at least to a certain extent. Resident Evil’s never really been known for sublime storytelling though, I suppose. 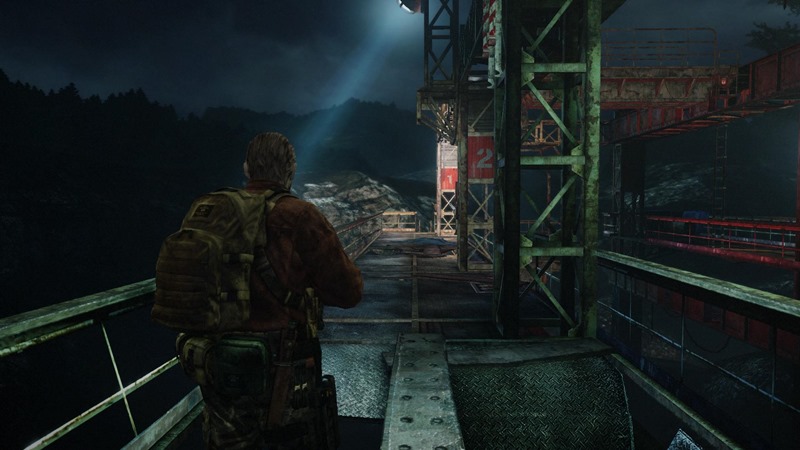 I know that perhaps room is being left for a sequel or expansion on this particular story or these characters. The thing is, after the very dull, and frankly, boring final boss, the credits started rolling, and I was quite literally scratching my head in disbelief. They’re going to end the game like THIS? It was just completely anti-climactic and sudden.

Once finished, I got an achievement which made me realise that I had received the bad ending. I pondered back to the previous episodes, wondering where I had gone amok or really screwed things up. Nothing came back to me. How did I get here? Had I missed some obvious action or key item which would change the outcome? I probably did, I just can’t figure out when or where. This does mean that the good ending may make me feel better. I still have my doubts though, as it seems like there are several holes in the plot which are just left to the imagination. 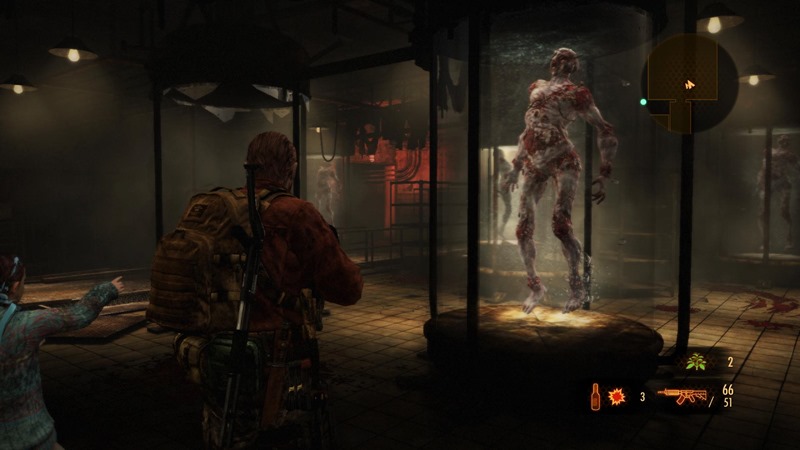 I had positive thoughts going into the additional campaigns (which also release this week); one for Moira and one for Natalia… maybe these would fill the gaps in the story, as they flesh out those two characters somewhat. Moira’s is pure action, requiring a lot of shooting, surviving, and the simple act of dispatching enemies. While enjoyable, it felt like I was playing Raid Mode for the most part. Its conclusion was also sudden, offering no real insight or tie ups for the main campaign’s tale.

Natalia’s campaign will be a hit or miss with some players. There is no shooting, resulting in zero action. I’m all for the survival aspect of this game, but this particular campaign comes down to timing Natalia’s running and using resources effectively to sneak past enemies. 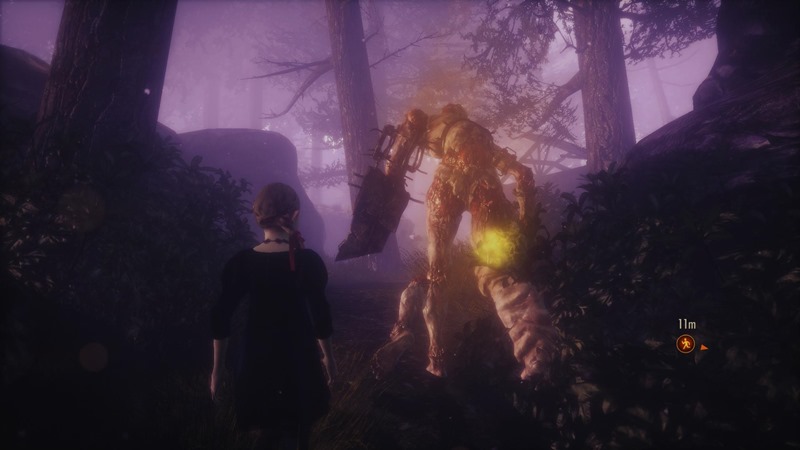 It’s not nearly as terrifying as you think it’d be. The only real redeeming factor of this extra content is that it kind of explains why Natalia has managed to survive alone on the island till she meets Barry, and why she can sense enemies while nobody else can. Also, I now understand why she is creepy. The poor child has a lot going on in her head.

These extra episodes, while nice little bits of extra content, did little to flesh out the story in the way I’d hoped. I can’t help feeling that Capcom have done things this way to set up for some elaborate DLC which will ship at a later stage. That makes the most sense to me, unless they purposefully left things in this state for the more than likely sequel, Revelations 3 (or Resident Evil 7… whichever comes first). 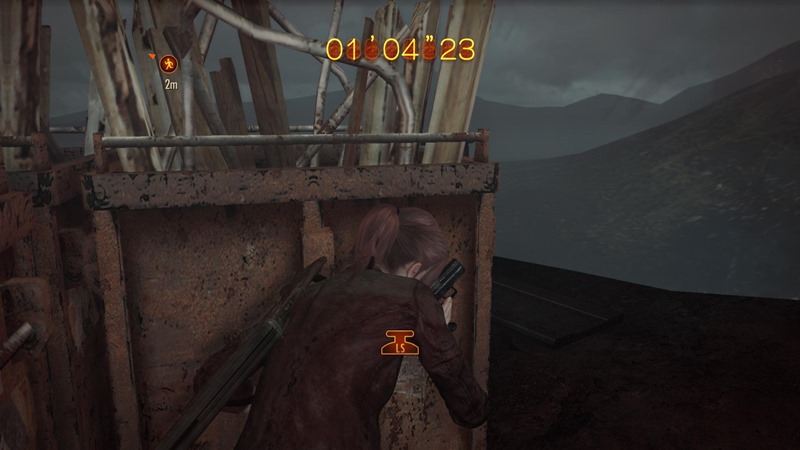 Thankfully, there are redeeming factors to episode 4. Claire’s half of the campaign is short, taking only thirty action-packed minutes or so to complete. There is one part which directly affects Barry’s, making him take a different path depending on what you do. I haven’t tried the alternate option yet. I’m almost certain that it wouldn’t affect the story to give me the good ending though. I may also be completely wrong, and won’t know until I get around to redoing that particular bit.

Anyway, it’s Barry’s campaign that stands out this episode. It’s a lot longer than normal, taking about two to three hours to complete. He and Natalia are now in the mines, and it presents new gameplay elements which will keep players on their toes. There is a toxic gas hanging in the air which, naturally, kills you. What this results in is panicked dashes through gas-filled areas, fighting enemies (or running from them) as fast as possible to find some clean oxygen. 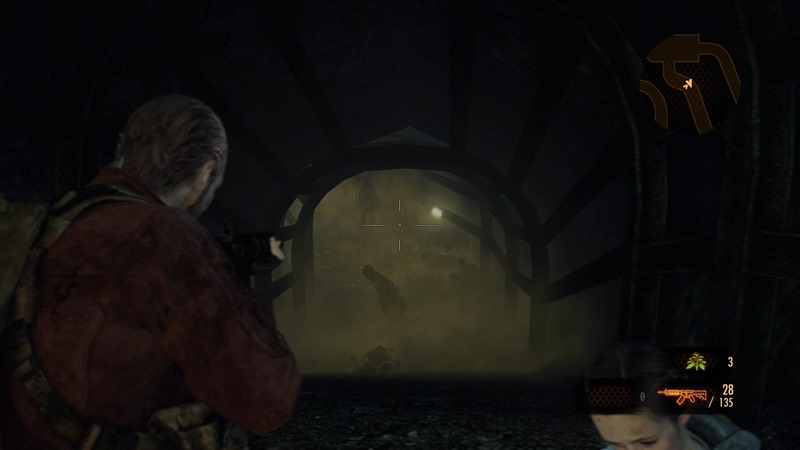 Once the claustrophobic tunnels are left behind, Barry and Moira, in typical Resident Evil fashion, find themselves in a large, creepy mansion which hides a large research facility in its bowels. The mansion itself isn’t as large a scale as the one in Resident Evil 1 for example, but it’s a nice homage – thick with tension and surprises around each corner. Sadly, all this fantastic environment does is lead to the shambled conclusion which I think I have now spent more than enough time grumbling about.

In terms of characters, now that I have played through the entire game, I do have to commend Capcom for bringing the Burton family into the spotlight. I love both Barry and Moira’s characters. They feel fresh, and fleshed out enough to make me empathize and care enough that I hope they make appearances in future. I’m sure we will be seeing more of Natalia too. Claire? She’s basically part of the furniture. We’ll probably see more of her as well. 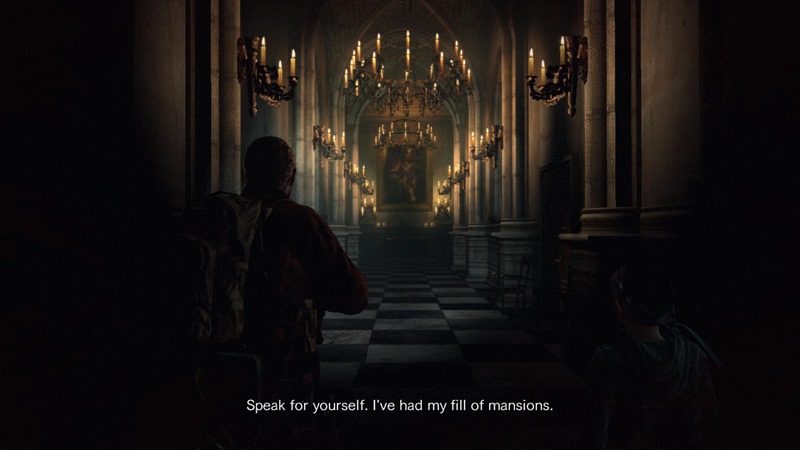 In terms of replayability, there is a ton to do and collectibles to grab if you’re looking for more game. Feel like ramping up things to impossible? You can always give the invisible mode a bash – where all enemies are completely hidden to Claire and Barry, yet visible via Moira’s flashlight and Natalia’s special sight for a few seconds. If that sounds too difficult, the countdown mode may be a bit more forgiving. It’s basically a time trial mode, requiring players to finish levels before the counter hits zero.

Of course, if the main campaign isn’t your cup of tea, there’s always the Raid Mode which will keep you busy for a very long time. Now that each episode of Revelations 2 is on the table, it means Raid is fully unlocked too. There are new levels to conquer, and new characters to conquer them with. As soon as online co-op is available (it should be released very soon), I plan on sinking even more time into this title.

I have since looked up how to trigger the good ending. It’s so simple and easily overlooked that I wouldn’t be surprised if many, many people end up missing it. It gives the story a much more satisfying conclusion, one that makes far more sense. It still leaves much room for the inevitable sequel. I can’t say that upsets me very much.