Home Gaming Saint’s Row: Gat out of Hell review round up

I was not as enamoured with Saint’s Row IV as I’d hoped to be. It seems like developer Volition saw that people loved the silly, crazy stuff in 3, and turned that all the way up to 11. Though it certainly evoked an appreciated nostalgic memory of Crackdown, its super powers all came on too early; the game never really like there was much organic progression. It’s now got a standalone expansion, Gat out of Hell, that turns the proverbial dial right up to 666. Is it any good? Here’s what critics have to say. 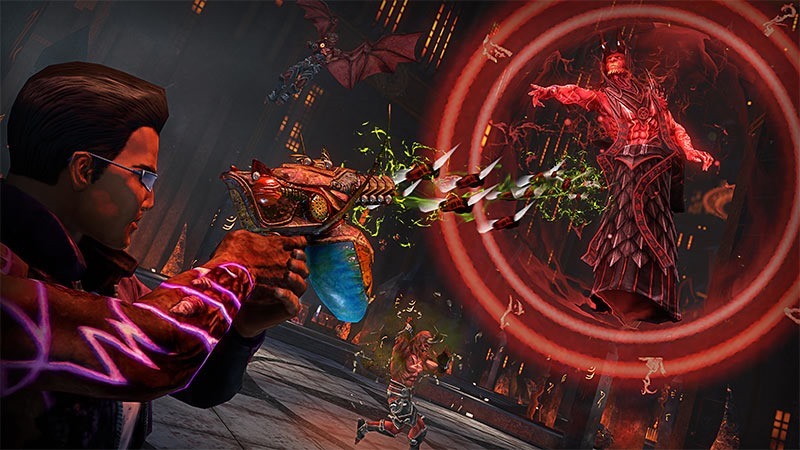 “Gat Out of Hell comes up short in mission variety, but concludes in a tantalizing way: with five different endings. Could one of them point to the future of the series? Time will tell, but if this is indeed the last hurrah for this continuity of the 3rd Street Saints, it’s been a hell of a ride, Volition. 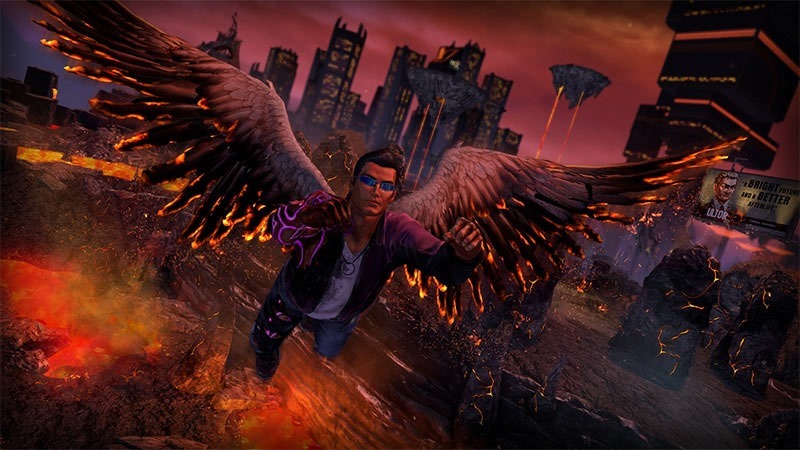 “Alas, the expansion suffers from the problems of its predecessors. The more self-consciously weird it gets, the easier it is to lose interest. By this point the so-called ‘awesome button’ – that lets you perform running hurricanranas and dropkick yourself behind the wheels of vehicles – is more of an ‘alright button’, the feeling of dissociation rising in direct relation to the ludicrous spectacle. While Gat out of Hell is easy to play, geared as it is towards brainless carnage, it’s also very hard to care about it. There’s a saying about Saints Row games – that it’s a stupid game made by clever people. That still rings true with Gat out of Hell, Volition using its funny bone like a blunt object. You’ll laugh occasionally, but it’ll be an inadvertent laugh, like air escaping from a balloon.” 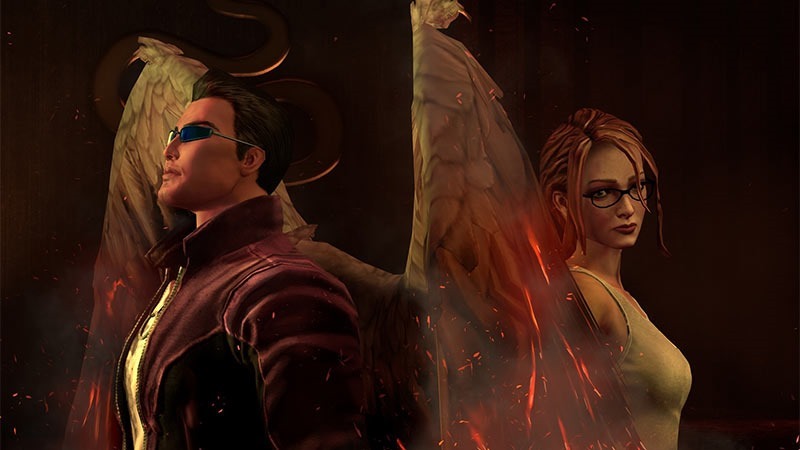 “For all the things Gat Out Of Hell could or ideally would do though, it’s important to remember what it is – a standalone expansion. Go in remembering that, and knowing about the lack of missions, and it’s a pleasant surprise how much it at least tries to offer within its limits. Just don’t expect it to be a sequel, or even a full slice of Saints Row 4 at its best.” 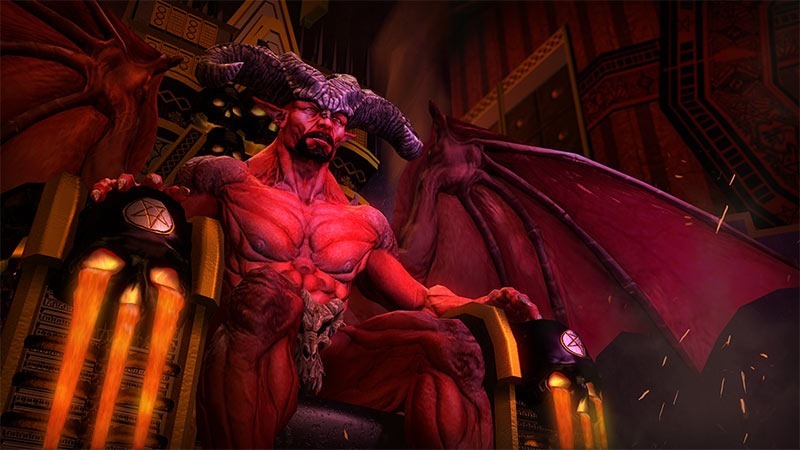 “Gat Out of Hell offers all the open-world distractions of a Saints Row game, but precious little of what made the last two so remarkable.” 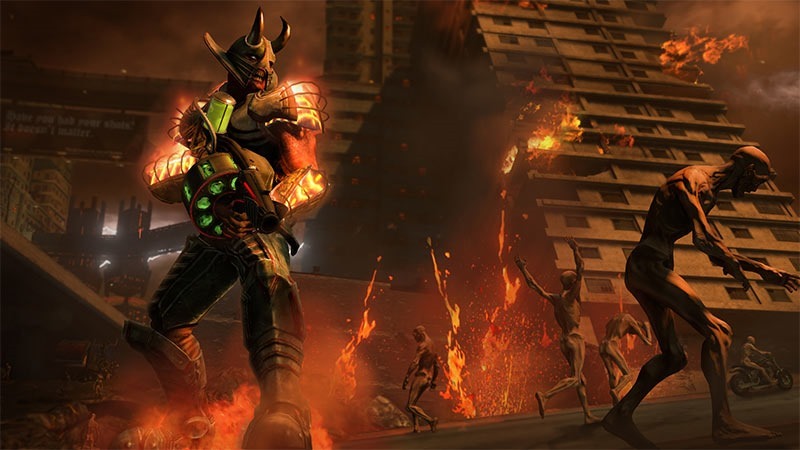 “Saints Row: Gat out of Hell is a fun little side dish that caps off the series’ current story arc and may very well set the scene for a full-on reboot. As leery as I get of reboots, this is certainly one instance where I feel it makes a lot of sense. The series’ trademark silliness has reached such extremes that the reset button is a viable option now, a chance to bring things back down to earth – literally – and allow Volition to build itself back up to fever pitch. Regardless of where Saints Row‘s future lies, this expansion is pretty enjoyable, but not essential. It’s got some great new weapons and provides an easy excuse to dip back into a world of shameless comic violence – it’s also a fairly disposable adventure that doesn’t offer much in the way of essential material. You do get to shoot Satan in the face, however, so at least Volition is true to its word.| 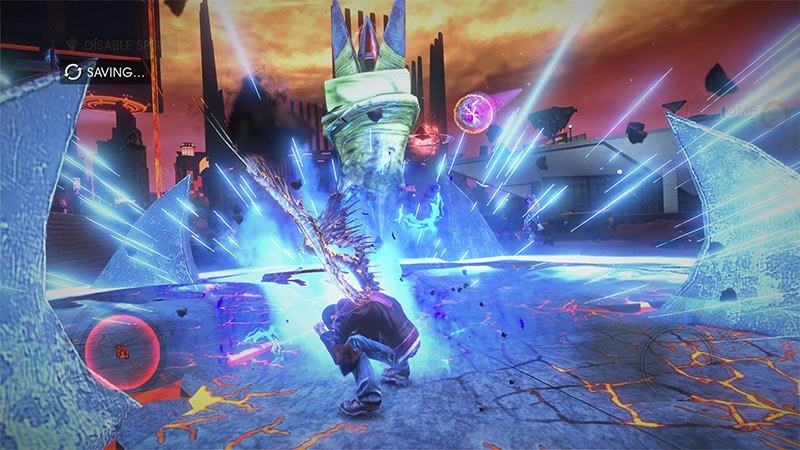 “If I wanted to worry about all that, I’d just go to a college campus and listen to people complain for a few hours. As it is though, I hope that more developers take a cue from Saints Row and realize that it’s still okay to tell jokes and implement cartoony violence that’s still ridiculous and fun. I know gaming as an industry is maturing and people want to present new ideas and make statements using the media, but luckily, whenever I feel like I need a break, I will have Saints Row proudly on my shelf.” 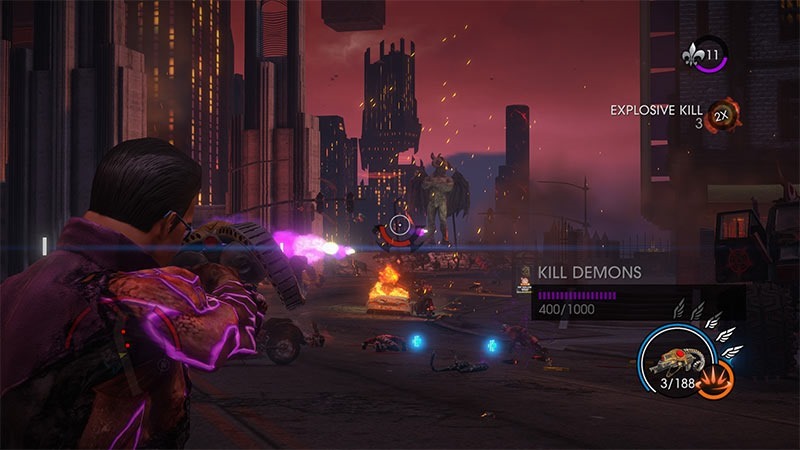 “Saints Row: Gat Out of Hell captures the madness and destruction that made the series so fun, but even as an expansion pack, there’s not much new here. So much of it is cut from the same cloth of Saints Row IV that the nuances end up meaning much less than they should. The animations, the powers: it’s all too familiar. That being said, it’s still a joy. It’s open-world design at its finest, with constant distractions and an excellent transportation method. The flight is amazing, a pitch-perfect example of how to make open-world exploration fun. It’s a shame that the story is so unfulfilling, though, because Saints Row has always nailed its presentation. Saints Row: Gat Out of Hell is Saints Row IV Lite. It doesn’t do enough new to be a must-buy, but for anyone looking for a quick, easy way to get into this devil-may-care sandbox series, it’s still a solid act. Hell yeah.” 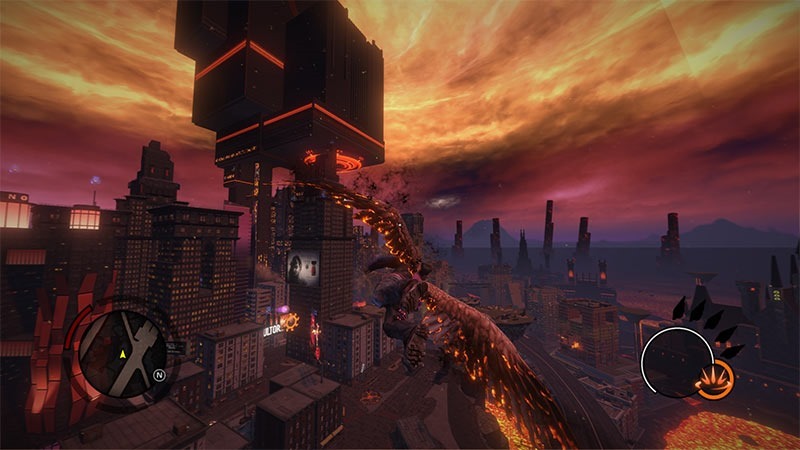 “The thing about Gat Out Of Hell is that it feels like Saints Row IV but with things stripped away instead of expanded on. Sure you have the challenges to complete, though they aren’t different to the other games in the series, and there are a lot of collectibles to hunt down to unlock everything. Outside of that though Hell as a location feels a bit bland, and without the other Saints to bounce off Kinzie and Gat aren’t that interesting or funny. Combine that with the lack of in-game music and customisation options and this entry is a step backwards for the series.”

Reaction seems somewhat mixed – but if you’re a huge fan of the franchise, you’re bound to love it. It’s out in the US today, and in Europe on Friday. It does, however, look like the local release of the physical version is on February 10 locally.  The PS4 and Xbox One versions of the standalone expansion come as a free bonus with the full, remastered Saint’s Row IV: Re-elected.