Home Gaming Semblance review – It looks good, how does it Play-Doh?

Platformers are typically about nailing pixel-perfect jumps with grace and precision. They’re about taking the character you’ve been given and moving them through predetermined levels within the confines and rules of that digital world. 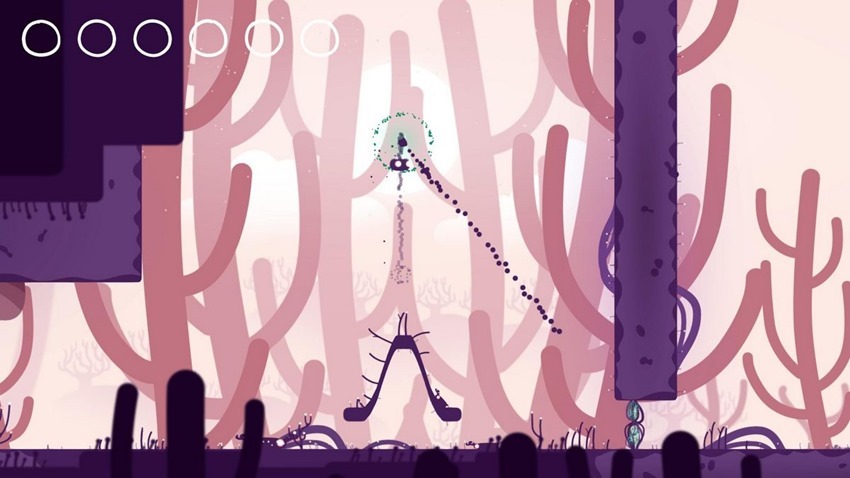 Semblance, from South African developer Nyamakop, is about breaking those rules. The game’s already been celebrated, and for good reason. It’s the first wholly South African-made game to appear on a Nintendo platform and has won numerous awards, including one for excellence in design. The plaudits are of course well-earned, because many of Semblance’s best bits are frighteningly clever.

It’s also visually quite lovely. Though it’s yet another minimalist indie platformer in a sea of them, its purple, teal and green pastel hues are intriguing and beautiful. Everything looks pliable and soft and even noodlish. But everything’s also subdued and sombre, like a dark mirror of LocoRoco’s colourful effervescence. 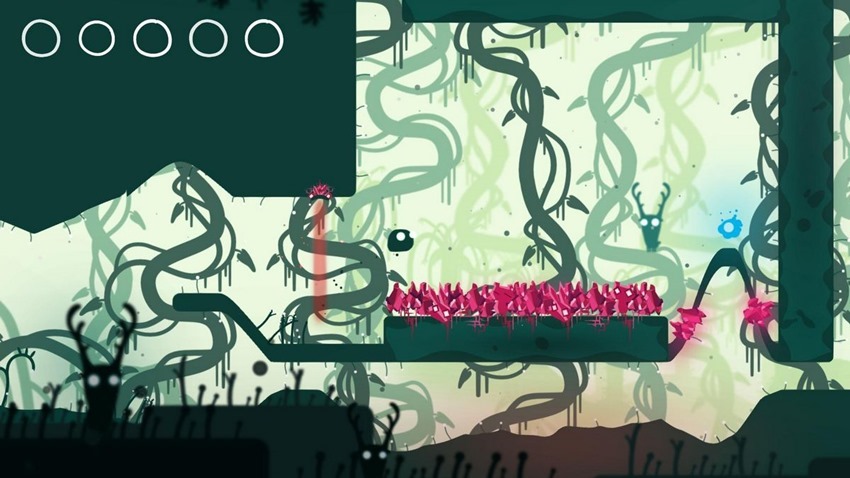 After a crystalline invader spreads its adamantine infection, a creature is seemingly birthed from the ether; a blob forming around a pair of glowing eyes. That creature is Squish, who you will guide through Semblance’s mouldable, viscoelastic world, to stave off the infection and beat back the hardness that has transformed the once soft and squishy world to one that’s punctuated by shards and spikes. That’s as much explicit exposition as you’re going to get, but it’s largely unimportant window dressing. This is a game that’s more about the how than the why.

Squish can charge into and reshape the world. By bashing into a platform from below, that malleable section is terraformed and becomes raised, allowing Squish to jump higher than it might’ve done otherwise. By doing the same from above, you’ll create a trough that might be useful for say, blocking another character’s movement so that you can zoot past to pick up one of the hard-to-get collectible orbs that mark your progress. By ramming into a platform from the side, you’ll move it left or right,

It opens up opportunities for some fiendishly clever puzzles that while not especially taxing – especially in retrospect – are sometimes cause for a fair bit of chin-scratching. The joy in puzzle games comes in that sometimes elusive “aha!” moment, and Semblance is stuffed with them especially as the game introduces different elements. While Squish may not gain more abilities beyond jumping, bashing into things to mould the scenery and magically undoing that deformation, there are things in the world that change how you’ll make your way through it. Should a terraformed mass hit a red beam, it’ll automatically spring back to its original shape and position. The elasticity of that springing might even serve a purpose. Some glowing areas prevent Squish from charging, which means you’re unable to deform platforms. 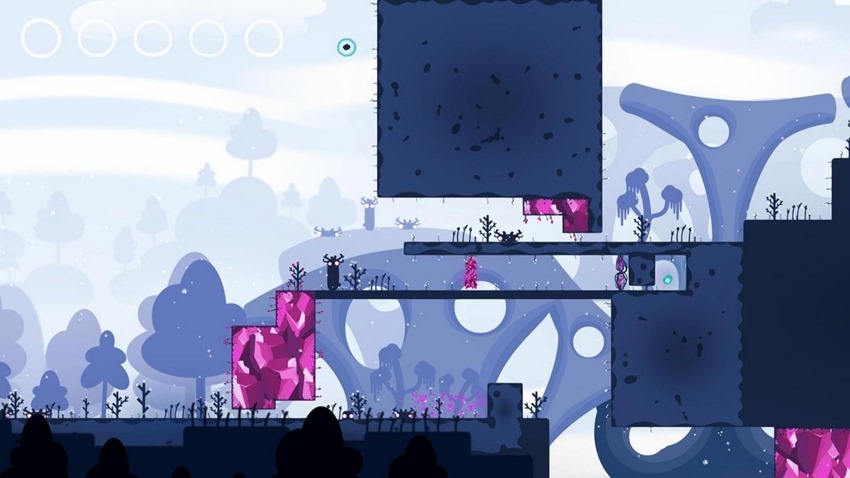 Later, you’re able to change Squish’s own shape, impacting on the fella’s movement speed and jump height, and course there are moments where you’ll have use everything you’ve learned to move forward. There aren’t really that many deadly obstacles for Squish. The crystalline shards are instantly deadly, as are lasers and the infrequent enemies, but death usually comes from a mistimed or misplaced jump. Mercifully, death does little more than reset Squish’s position, keeping whatever deformations you’ve enacted on the world intact.

There are some rules that govern just how re-shapeable everything is. Once you’ve moved a platform, you can no longer change its shape, and vice-versa, which means you often have to come up with more creative solutions than you’d originally thought. Conversely, some of Semblance’s puzzles that seem to be needlessly complex are a lot simpler and while you’re encouraged to break the game’s world, it doesn’t seem like there are that many solutions to the puzzles – it just feels like there are though. 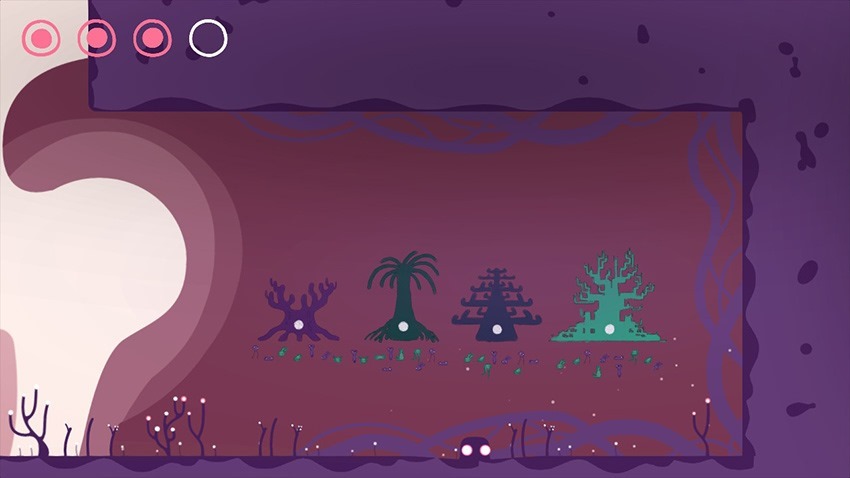 Semblance has a few problems, including odd glitches. Often Squish gets stuck inside walls, a victim of the game’s own physics, with a telling menu option to reset its position. There are also issues with pacing. You might jump from a puzzle that’s almost mindlessly easy, to one that’s immeasurably more challenging, right back to another that’s an absolute doddle. It’s only in the ending moments, once you’ve unlocked the final world where Semblance’s challenge ramps up and you’re forced to use everything you’ve learned, along with lightning-fast reflexes, to best its toughest challenges. 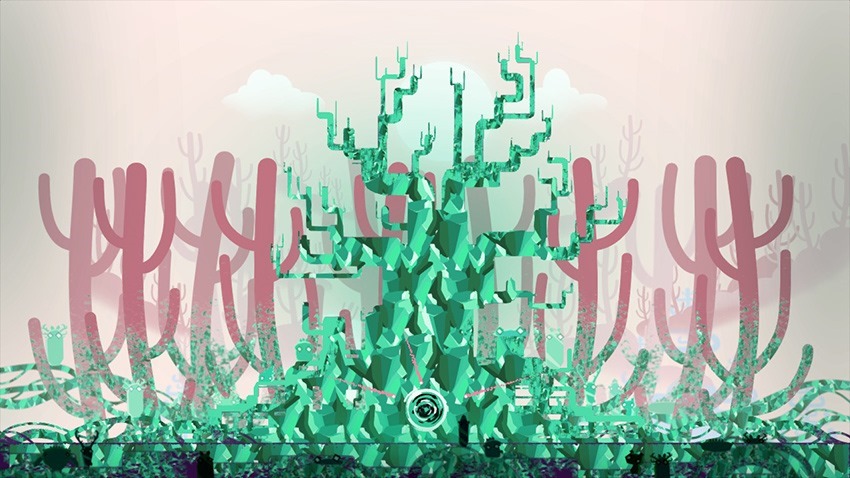 The curious pacing aside, it’s a delight to play even if there’s not actually much of it to play. Semblance is bested in a few brief hours, with moments of brilliance showing just how good the concept is. It’s a concept that I can’t help but feel has ultimately been underutilised. I sat playing the game with my daughter, and we worked out Semblance’s puzzles together, trying to find suitable solutions. Once it was over she turned to me and asked “is that it?” And that’s how I felt too. I wanted more.

I sincerely hope that happens.