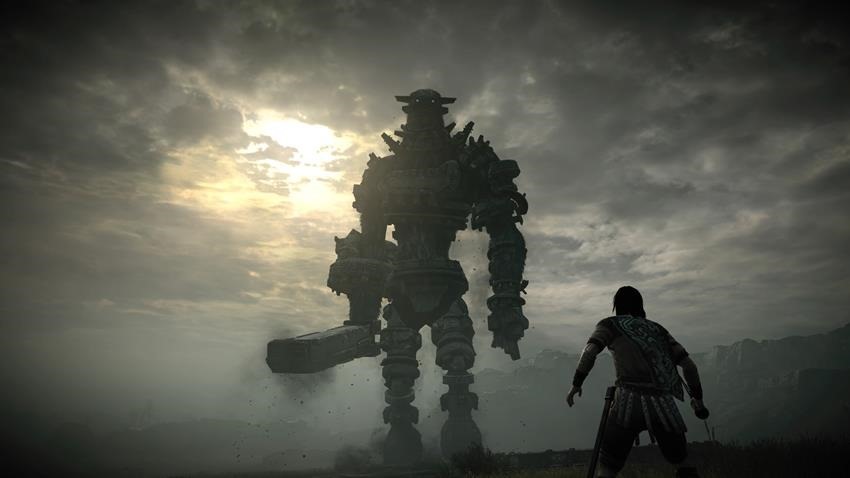 The perfect remake is difficult to hit out of the park. Simply sprucing up an old title with new visuals and music isn’t enough. And that’s especially so for games which have risen above the simple passing in conversation. Games that defined console generations. Ones that opened players’ eyes to the frontiers this medium could open. Ones that rewrote expectations of certain developers, and the expectations of any genres going forward. Those are the types of remakes that would make anyone shake in their boots with fear of failure. But it’s one that Bluepoint absolutely nails with Shadow of the Colossus.

Make no mistake though – this is a remake in every sense of the word. Bluepoint Games remastered the classic Team Ico game back on the PS3, but their return to the seminal Ueda and Co. title on the PS4 really lets them flex their muscles. With the additional power of the PS4, Shadow of the Colossus looks better than probably its original designers could’ve imagined, with the fluidity its gameplay always deserved. Its incredible skies and gloomy clouds exude the pitch-perfect atmosphere for the strange, curious adventure. It recaptures the same sense of mystery that you might remember from thirteen years ago, which is no easy feat. 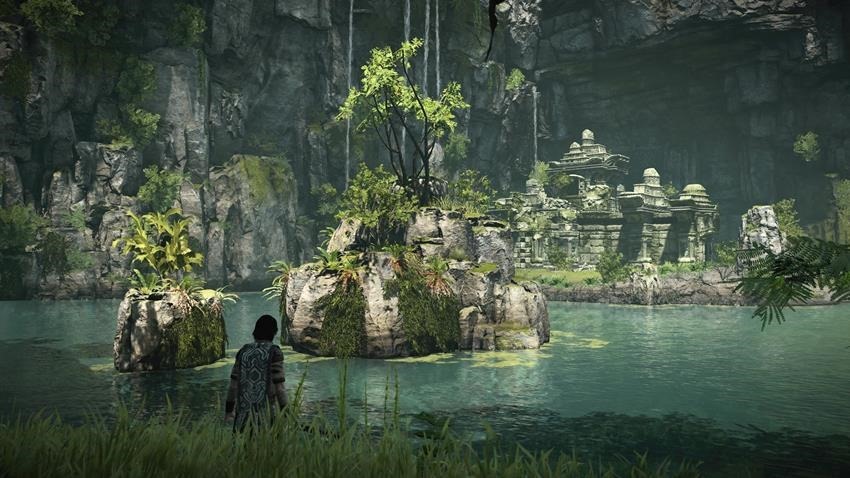 To do so, Bluepoint have paid special care to how they built upon the storied classic. If exploration of these cursed lands still manages to come back to your through muscle memory, you won’t find yourself straying across unrecognisable paths. Every trail, every major mountain. Everything is there as you might recall, with more detail and foliage than the PS2 was ever capable of. It isn’t a reworking of an original concept, it’s an iteration. One that maintains the art direction of its core inspiration and improves on it in the most logical ways possible.

Suffice to say, Shadow of the Colossus is gorgeous. It’s lighting strikes moisture ridden rocks and bounces gorgeously over lakes nearby. The foggy mountain passes to the sandblasted plains on the other side of the map manage to contrast themselves while maintaining a fluid sense of style. One that fits in perfectly with the original direction they so carefully build upon. Shadow of the Colossus might have its roots entrenched in hardware over 13 years old, but it’s a testament that good art direction never truly ages. And it turns this remake into one of the most visually striking titles on the PS4 right now. 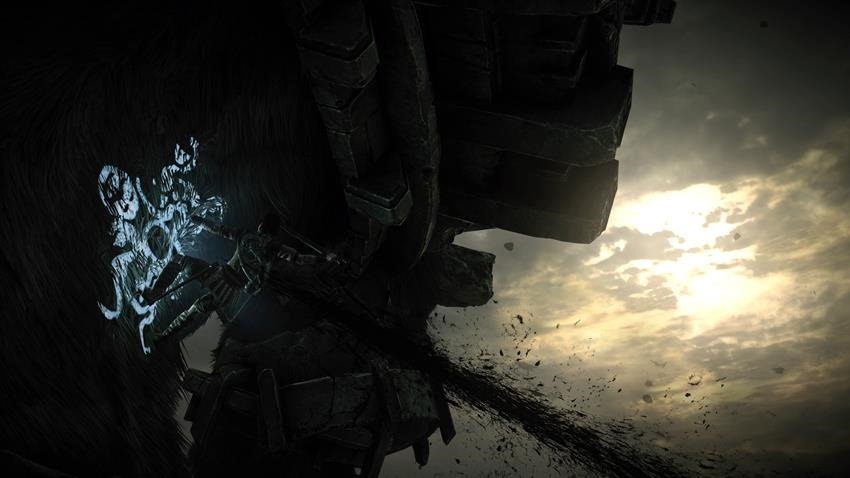 The core adventure of Shadow of the Colossus stays intact too, for better or worse. As a lone Wanderer travelling lands forbidden to him in search of a way to revive a companion from the dead, you’re tasked with tackling sixteen Colossi across the regions around you. Each of the sixteen brings with it its own sorts of challenges. While some Colossi will be large, lumbering foes that you can quickly zip in and around, others will outpace you on your feet. Some fly, some swim, others bring with them, devastating firepower. Each of the sixteen foes that make up this six or so hour adventure are distinct and contribute to Shadow of the Colossus’ greatest strength.

Where this classic excels is in the execution of every single one of its bouts. Despite the large figure, I can still count on my hand both each of the Colossi’s traits and stories of how I defeated them. Approaching these boss-like encounters is more of a puzzle than an action-orientated affair, mostly due to their sheer size. The Wander is no match for any of these beings in a straight fight, making each of the encounters a battle of wits, timing and a lot of climbing. 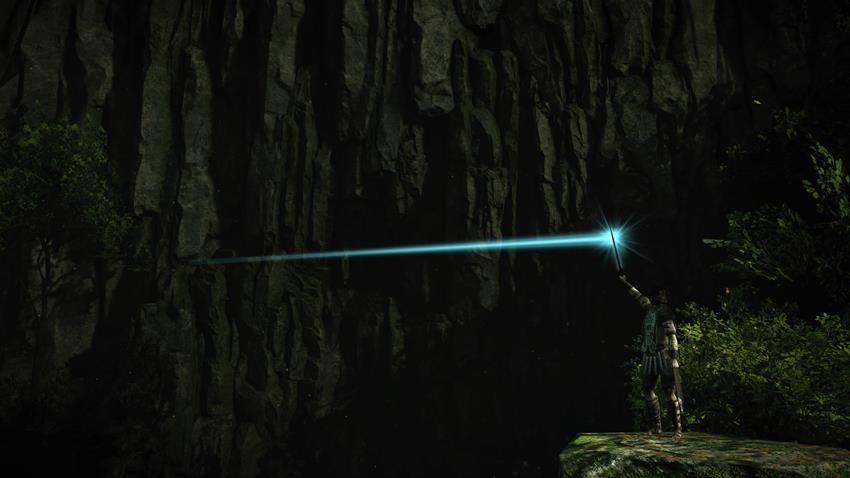 Part of Shadow of the Colossus’ allure is figuring out how to tackle these beasts, so it would be remiss of me to spoil them in an effort to simply describe them. But despite the gentle introduction that makes it seem like each fight follows a specific pattern, Shadow of the Colossus starts experimenting in interesting ways throughout its middle and final acts. The Colossi become tougher, their solutions to scaling more complex. But with that comes a new sense of exhilaration too. Fights are tight, well thought out battles in areas that compliment them in every facet, and they play host to some of my most memorable battles in video games ever now.

It’s also impossible to quantify how exceptionally unique these fights are without acknowledging Shadow of the Colossus’ often controversial control scheme. Back when the game launched on PS2, the controls were aptly called out for their strange mapping and peculiar feel. Bluepoint Games have improved on that with a reworked mapping that aligns more with traditional standards (and kept in the classic mapping just for kicks), but there’s still an element to it all that feels both strange and rewarding at the same time. 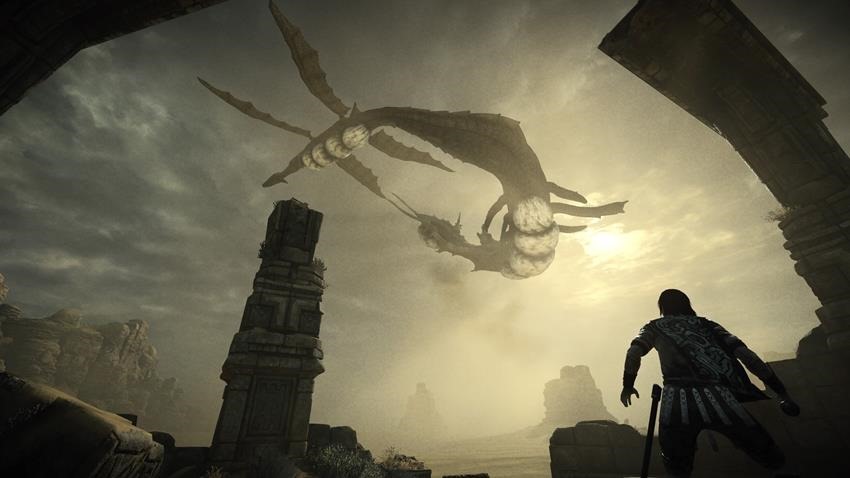 Shadow of the Colossus makes the simple act of climbing captivating again, and it does this by focusing in on that one gameplay element as a central hook for most of its fights. The core of combat lies in you, as the player, effectively balancing your stamina as a resource. Since you’ll need to be scaling these hulking beasts as they try to toss and turn you off of them, ensuring that you have enough in the tank to hold onto their delightfully detailed fur is paramount to success. You aren’t just scaling these monsters to put a sword into them. You’re using your very limited abilities to gain an upper edge, and it makes you feel smart in the process of being rewarding.

But there still lingers an element of obscurity to it all. Getting accustomed to having to actively grab onto something instead of it automatically happening is purposeful and powerful, but it takes time to get used to. Where it serves its purpose though, many other elements do not. It was all too easy to have the Wander get stuck in a loop of clipping onto climbable surfaces without being able to move. Other times it was difficult to discern what was scalable and what wasn’t, sometimes to the detriment of figuring out a certain combat puzzle. In this regard, the Shadow of the Colossus feels like it hasn’t shaken off all the weight of its roots, even it if tries so desperately to hide them. 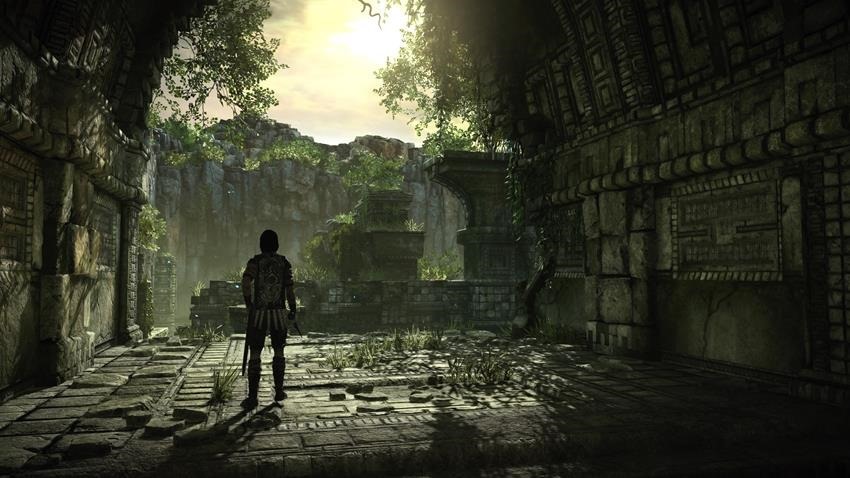 Where it is most evident, however, is outside of combat entirely. Between your epic fights with the games Colossi, you’ll be left to explore the world with your trusty pitch black steed, Agro. Simply getting around the barren world is nothing to write home about, and it shows just how limited the original vision might have been with the constricting hardware. But something that really should’ve benefitted from a relook was the feel of it all. Controlling Agro is a chore, with the controls for controlling horseback riding never feeling comfortable or even reliably responsive. It’s sometimes a frustrating give and take, with Agro getting into a blistering stride to only be restricted to a slower-than-a-walk trot in more environmentally bustling areas.

It’s a break in pace that makes the entire journey feel a little uneven and really starts rearing its head in later sections where travel time grows exponentially. Thankfully, it does give you time to take in many of the game’s sights, and more importantly sounds. Shadow of the Colossus cannot possibly be praised more for its exceptional soundtrack, but its reproduction here only sends those same shivers up your spine. The way the orchestral score swells in battle and its eerie use of silence in moments of travel complement each other extraordinarily. But its breadth of variety and fitting theming is almost still the benchmark today that it was over a decade ago. Another facet of the original design that feels so ahead of its time. 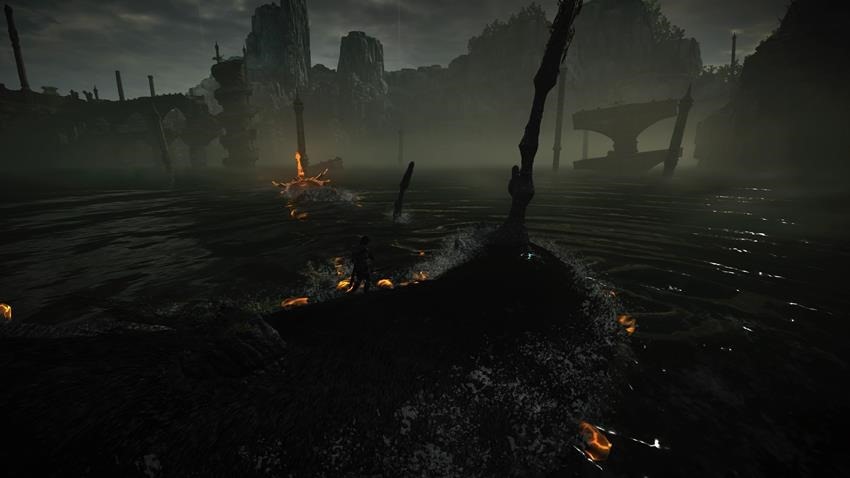 In many ways too, this remake reminds you of just that. The Last Guardian certainly didn’t hit the highs it should have with all the time in the pot, but there’s no question that Team Ico’s greatest achievement still rests in the game that game before it. Shadow of the Colossus is every bit the captivating, emotional and unique journey today that it was 13 years ago, and the great attention to detail Bluepoint has given this passionate remake keeps all the most important elements intact. Whether you’re returning for another ride or simply experiencing this breath-taking game for the first time, Shadow of the Colossus holds enough mystery and allure to keep you captivated all the way through again. 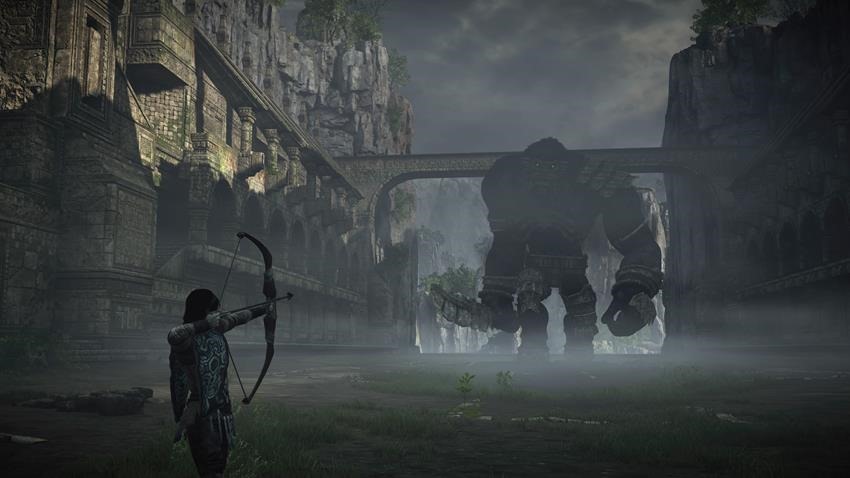