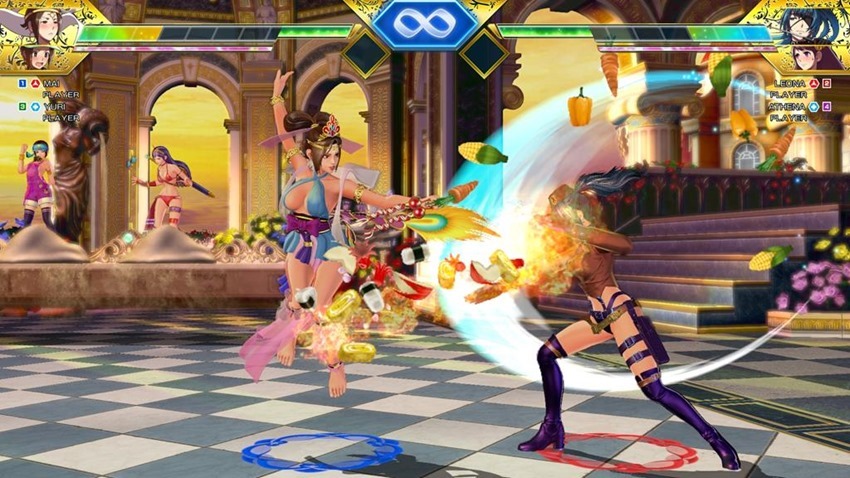 Street Fighter II changed everything. Its popularity and ubiquity revitalised the 90’s arcade scene, spawning dozens of fighting games to piggy-back on its explosive acclaim. One of the companies that did it best was SNK, whose plethora of fighting games spawned massive franchises of their own. I grew up playing games like Fatal Fury, Art of Fighting, Samurai Shodown and King of Fighters, so I get a little bit excited whenever a new SNK game comes along.

SNK Heroines: Tag Team Frenzy looked like a terribly pervy fighting game featuring scantily clad renditions of the girls and women from various SNK fighting games past. I thought that while its content and art-direction would be questionable, at least the fighting game bits would be great.

I was right about one of those things. 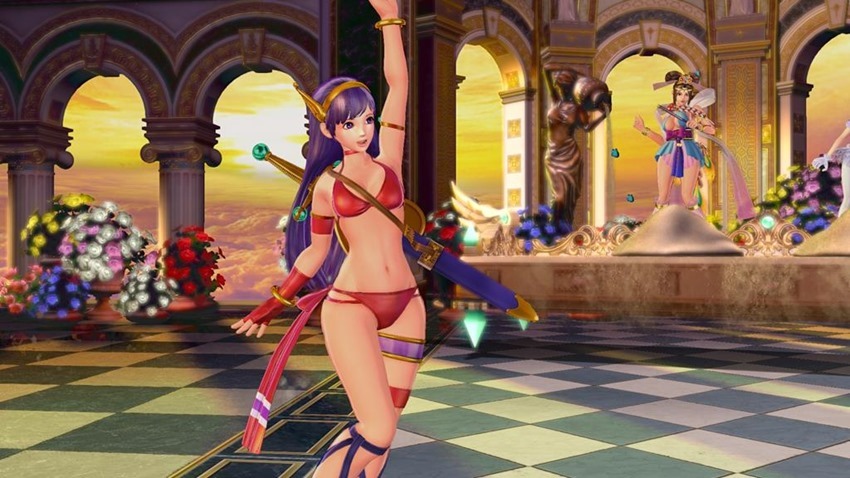 SNK Heroines: Tag Team Frenzy is little more than an excuse to parade around sexy, large-breasted anime-styled depictions of women. After the last King of Fighter tournament, a mysterious figure teleports the women from SNK games to a magical pocket dimension, to battle each other. For some or other reason, when they wake up in the creepy mansion where they’re held captive, they’re missing half of their clothing or are dressed up in some sort of gaudy fetishized outfit. Barely-there attire, giant breasts and exposed pubis mons are on show, with their captor playing the creepy pervert angle; there are cameras around the mansion that regularly zoom in on the fighters’ massive mammaries.

Fan-wielding favourite Mai has always been sexualised, but here it’s even worse. For some reason she’s wearing the tiniest of bikinis, adorned with a cow-print pattern – and she has a cowbell around her neck. Even SNK staple Terry Bogard isn’t spared this humiliation. He’s been transformed into a busty woman, wearing the shortest shorts; her trademark red cap now emblazoned with “Fatal Cutie” instead of Fatal Fury. I’m not a prude out on some moral crusade, but this is trashy exploitative nonsense. The whole thing feels like some teenage boy’s masturbatory fan-fiction fantasy.

It would almost be okay if the fighting game mechanics were good, but they’re not. The actual fighting has been stripped of any nuance, reduced to a simple combination of light and heavy attacks, special attacks and throws. There are no special per-character inputs for moves. No quarter circles or charges; special moves are instead initiated by a combination of a direction and the special attack button. There aren’t even any crouching attacks, so the footsies aspect prevalent in most fighting games is significantly reduced by it being limited to standing and jumping attacks. There are dashes and mixups, but it has the depth of a puddle.

As you might infer from the game’s name, it’s a tag battle, so players are able to switch between their primary attackers and support character at any time, but there aren’t any actual tag combos, making it nearly pointless. Both attacker and supporter share the same life bar. The playing field generates orbs, that when hit, provides support characters with special items that they can use during battles. Silly stuff, like giant bowling balls, bombs and springs that catapult opponents into the air. 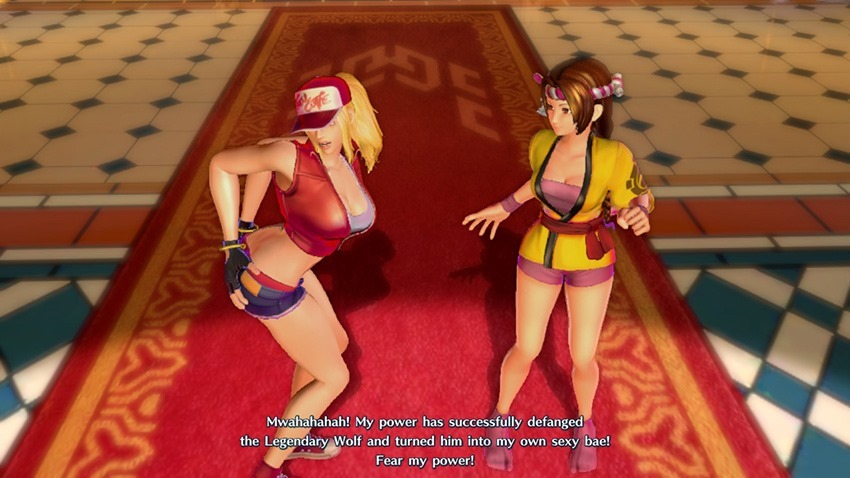 There is one thing that SNK Heroines does that’s a little interesting. You can’t win by depleting the opponent’s health as you would in nearly every other fighting game. Instead, once you’ve chipped away enough health, you’re awarded a finishing chance, with a single-button-press finishing move being the key to victory. It is, admittedly, fun for a bit. It’s always fun figuring out combos in fighting games, and that’s no different here – but the lack of depth quickly makes itself apparent and after a handful of fights you’ll have experienced everything that SNK Heroines has to offer. Maybe it’s been dumbed down so players can learn to play with one hand? 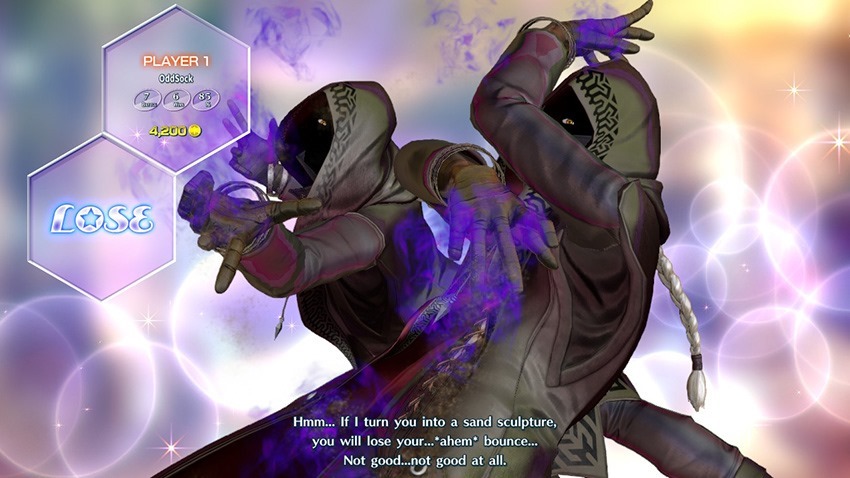 The amount of content is anaemic, making Street Fighter V’s initial release look bountiful by comparison. The story mode consists of exactly 7 battles and takes just minutes to play through. It’s supported by a barebones survival mode, VS battles and training, along with online fights. I’ve not managed to play online so I can’t say how good the netcode is – but it hardly matters because SNK Heroines just isn’t worth playing. There’s a fair bit of unnecessary aesthetic fluff to unlock, for those who want the already poorly-dressed ladies to wear even worse outfits.

There may or may not be people questioning the game’s overt sexualising of women with obvious comparisons to Dead or Alive’s Xtreme spinoffs. There may also be people who’ll buy this game to get their anime tiddies to own the libs – and that’s fine.

They’re welcome to waste their money.