The original Tales of Xillia stands as one of my favourite entries into the long running JRPG franchise. Don’t get me wrong, the game was flawed, plagued with odd story pacing and bland environments, but none of that deterred me from falling in love with the loveable cast and awesome battle system. Fast forward a year and the sequel is looking to carry on its predecessor’s legacy, flaws and all.

Please note that this review will contain spoilers for the original game. 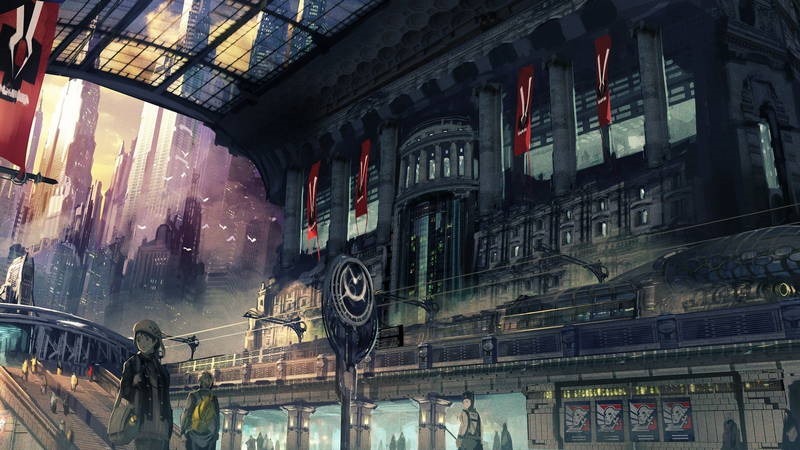 Tales of Xillia 2 takes place one year after the events of the original game where the two realms of Elympios and Reize Maxia are no longer separated by the magical barrier known as the Schism. Players take on the role of the almost-silent protagonist, Ludger Kresnik (whose surname bears a strange similarity to an important object from the first game), an inhabitant of Elympios. Ludger lives alone with his brother Julius and obese cat Rollo, who I might add is incredibly adorable. While things seemed fairly normal and simple for our protagonist in the start, it all goes to hell pretty fast. Ludger gets wrapped up in a terrorist attack, crosses swords with his brother who seems to be involved somehow, gets transported to parallel dimensions and to top it all off he gets slapped with a debt of 20 million gald, he just can’t seem to catch a break.

During this time Ludger meets the cast of the of the original game and a young girl named Elle who is on a journey to find the magical land Canaan where it’s said you can have any wish you want granted. The story takes you through many twists and turns on your quest for the truth and the relationship that develops between Elle and Ludger is truly great. The story this time around does a better job of keeping you engaged by giving dialogue options throughout the various cut scenes that changes the flow of the conversations and could actually lead to new events altogether. The narrative will definitely please fans and newcomers alike. 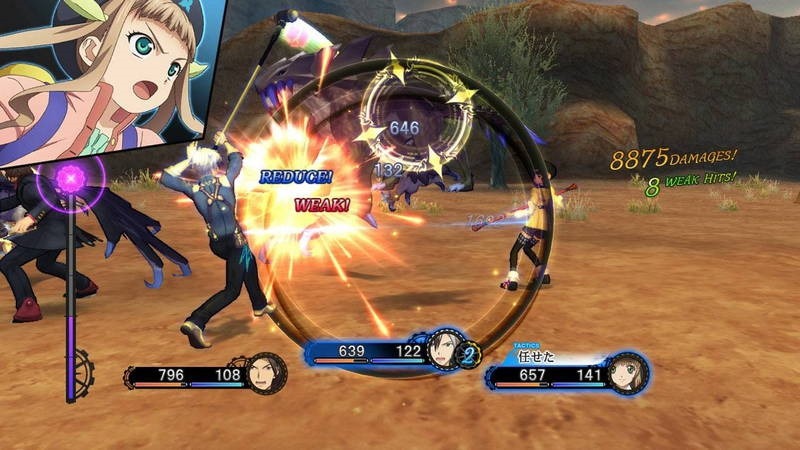 The gameplay remains largely the same as the original but is thankfully much more streamlined. Side missions are now discoverable from a singular bulletin board location in town and special character side events that shows you more about the characters from the original game are clearly marked on your world and local map which makes partaking in side activities much more enjoyable. The upgrade system has also been overhauled. The Sphere-Grid-like Lilium Orb has been replaced with the Allium Orb which is much more akin to the likes of Tales of Graces’ Title system. You choose from specific Elemental Extractors which bares an array of skills and Artes that gets unlocked as you earn elemental ores through battle and by exploring the open fields. This is a much more stress free progression system as opposed to the overwhelming Lilium Orb which I thought was needlessly tedious and cumbersome.

One new ‘feature’ of the game is the debt system. As mentioned above, Ludger has a 20 million debt to pay off and this is not just some component of the story, you actually have to regularly pay installments on your debt when you have enough money. I can see why some people were put off by this but I wasn’t personally bothered by it until I realized that it was nothing but a cheap gimmick to regulate the gameplay. Sure you can grind and fight monsters for cash, or could feel compelled to do side quests to earn cash faster. Story progression became dependent on paying your debt as well. I’m not a fan of this type of regulation and I do hope these types of systems never make a return. 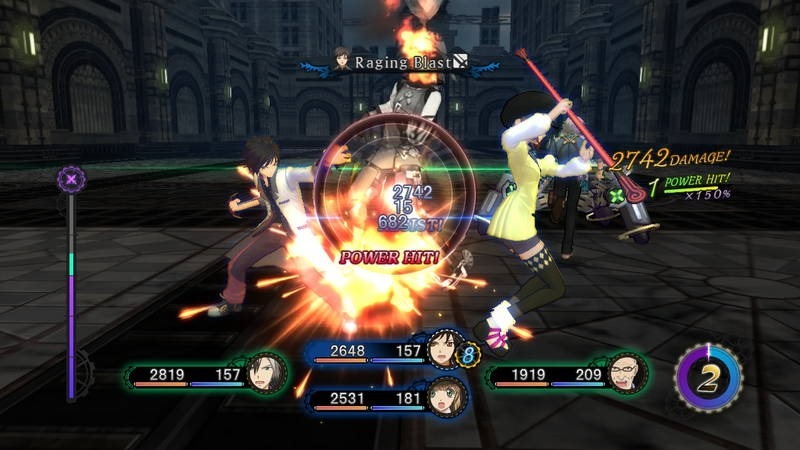 For the most part the battle system has been largely unchanged. Linking with your partner and performing Linked Artes are still extremely fun and the movement is still as smooth as it was in the original. The biggest change comes from Ludger himself. At any point during battle Ludger can instantly swap between the following 3 weapon sets: Dual Blades, Dual Pistols and a Sledge Hammer. Each weapon has its own set of Artes and once you unlock the Artes Sphere (which was found in the original Xillia as well) you’ll have access to over 40 mapped Artes at once. Factor in Linked Artes and Mystic Artes and that number easily rises to over 60, but it doesn’t stop there. 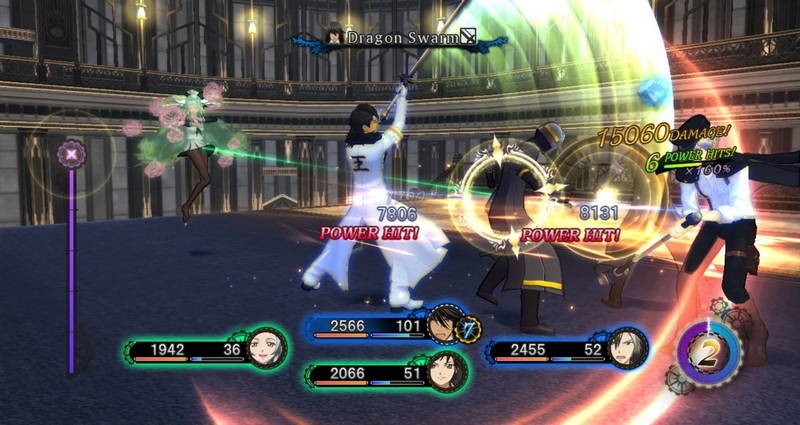 Early in the game, Ludger gets an ability to transform for a set amount of time as well which grants him a whole new moveset, further adding to the amount of mapped executable Artes during battle. Needless to say the battle system is extremely deep, and this is without mention of the L1 attacks and different elemental and weapon type weaknesses of the enemies which is extremely important on higher difficulty settings. Ludger is easily the most flexible and diverse character in the entire Tales of series.

While I have little fault with the story and amazing battle system, Tales of Xillia 2’s biggest flaw is in its presentation. The graphics aren’t bad at all and the anime cut scenes are beautiful. The music is great as well and the new tracks they’ve added, especially the new battle theme, is probably some of the best Motoi has done in years. But none of this can hide the fact that for the vast majority of the experience, most of the assets used in the game come straight from the original. 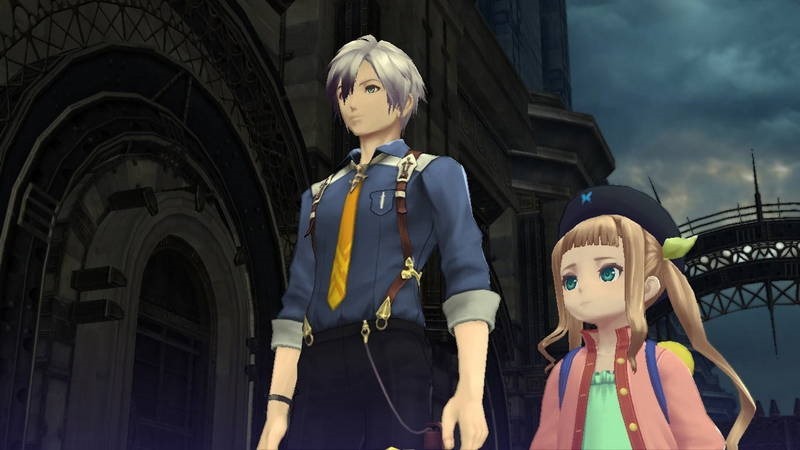 I have no problem with reusing assets here and there but there was a point early on where I ran into a couple of NPCs that were sitting in the exact same spot as they were in the original. This just comes off as extremely lazy and really sullies the experience. Luckily, the great cast of voice actors and funny dialogue saves the overall presentation.