In the world of 3D platformers, it can sometimes feel like everything has been done before. How many times can you run around, jumping on things and progressing through some form of “story” as an excuse for more jumping? Well, Tearaway Unfolded is utterly unique and charming, and might just make you reassess your view of the genre.

Geoff already reviewed the original Vita game for you, and the prevailing story and core gameplay remain the same. The story begins with you, literally referred to as You in the game, as you break through from our world into the world of the messenger. He or she must then travel through the paper craft world to deliver a message to you. It is instantly charming in a way that breaks the fourth wall without the sarcasm or cheesiness that we’re used to seeing it done in other games. 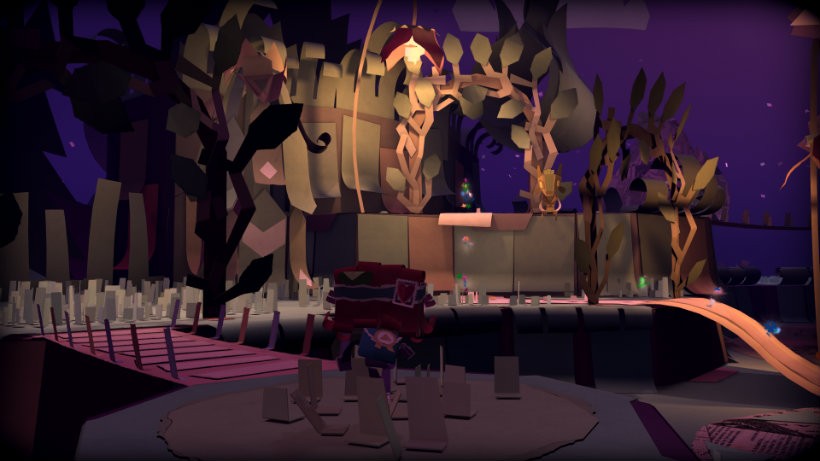 The messenger’s quest takes her through various worlds, each of which is lovingly created out of pieces of colored paper. It feels like a journey through your grandmother’s scrapbooking box, and is similarly filled with adorable charm and strange dangers. While platforming is key to progression, the game is also heavily based on exploration and customization. Explore each of the rich environments to find all the confetti-filled presents, side quests and even creatures who have lost their color. These offer an intriguing aspect of the game – take their picture to restore their color and unlock the ability to download the pattern from the internet, letting you actually print and make them in real life.

The camera is an integral part of the game’s experience, allowing players to take pictures of their silly creations, as well as innumerable selfies (some of which are actually required by quests and story line). It’s not just stills, either. Thanks to unlocking the gif lens, I was able to snag footage of roaring enemies and even beautiful paper waterfalls. All of these are kept as a record of your journey through the world and help make up the story your messenger needs to deliver. 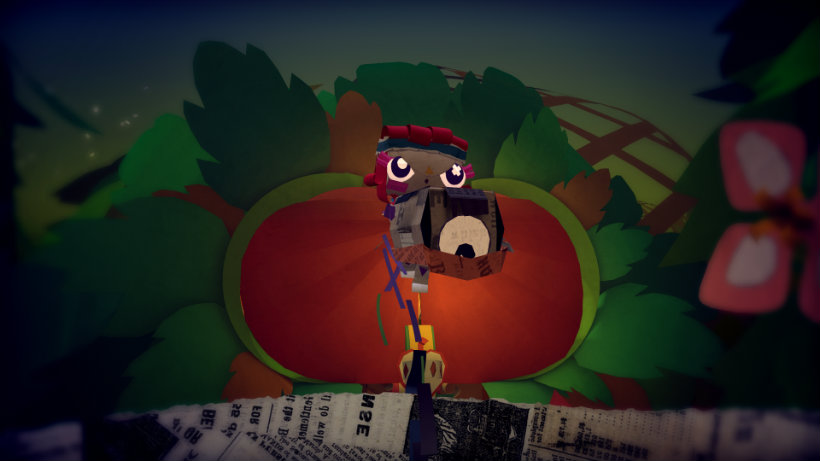 Unlike the easy afternoon game that Geoff played on Vita, the PS4 version offers significantly more content. There are a ton of levels, each with unique layouts and environments to stare at, and with added mechanics. From shining a light from your DS4, to actually having objects thrown into the controller to be thrown out again, turning Atoi (or Iota if you select a male messenger) into a ball that rolls around and even using the gyroscope in the controller to move the world, the game just keeps ramping up the complexity. With generous check points, it is still manageable, although the difficulty level often ranges dramatically from mind-numbingly easy to far too difficult for even most adults’ fine motor skills.

Similarly dramatic are the differences between levels’ charm and amusement. While there were some truly inspired moments that shine out like glorious paper cranes, there are also plenty of plodding experiences as Atoi sometimes walks slowly around a pretty, but shallow and ultimately boring environment. The good moments certainly are worthwhile, but the poor pacing often turned the game into a tedious exercise in those in-between moments. 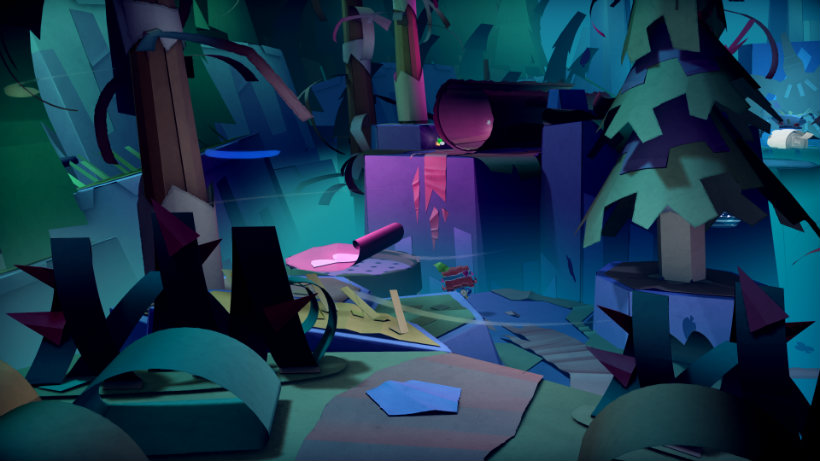 The game is also built for a ton of interaction. As such, it would be best experienced if you have a PlayStation camera. This way, your You from the game will actually be an image of you, and you can use the microphone to make a custom roar in certain scenes. However, I don’t have a camera, and I certainly felt that this took away from some of the charm of the game – while it was still cute to be referred to as the button presser and represented as a hole in the sky, it would have been extra special to see my face in that hole. 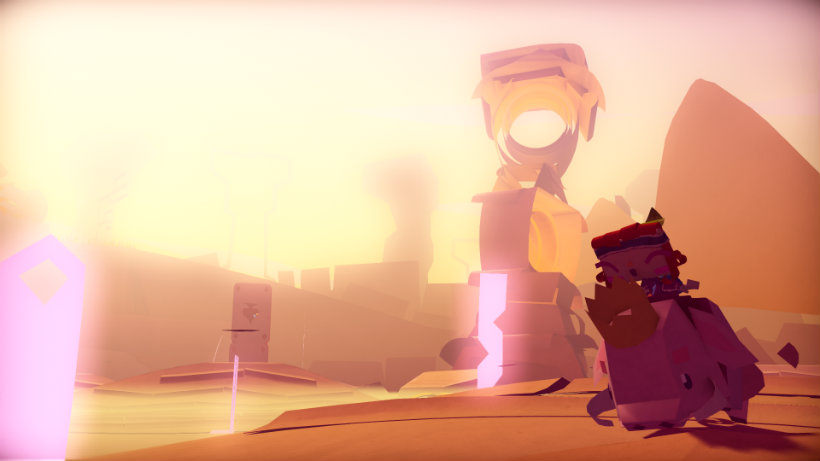 Unfortunately, the game is not always well optimized. The camera issues that are so common to 3D platformers like these are often frustratingly bad. One section had my jumping with the camera moving mid-jump no matter what I did; there were many deaths in that section. Similarly irritating were some frame-rate drops. They happened most frequently when the screen was filled with enemies, but I even experienced it a few times during relatively quiet moments.