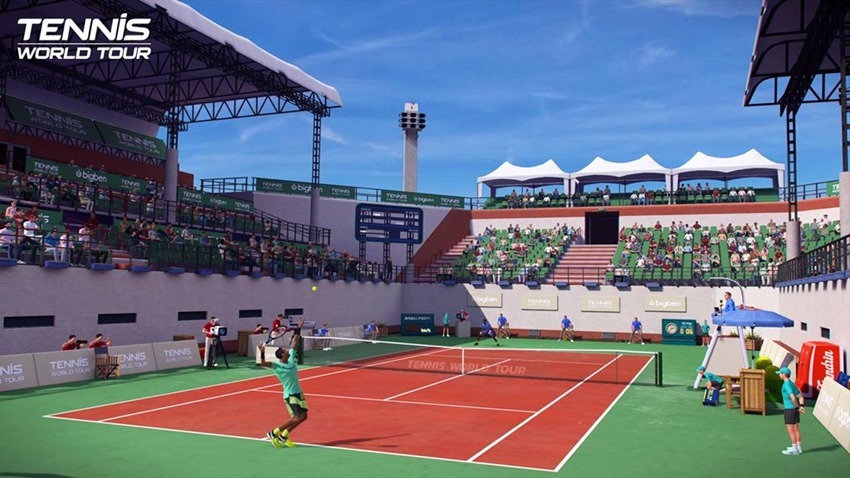 It’s been seven years since we’ve had a good Tennis simulation from a major publisher. Released in 2011, Top Spin 4 is critically acclaimed, and for a good reason. It offers a comprehensive and robust career mode, incredible tennis mechanics that make the game exciting and lively, depth, challenge and intuitive controls.

Tennis World Tour, from Breakpoint Studios is a spiritual successor to what is widely considered to be the best Tennis game ever made. The studio is made up of many former developers behind Top Spin 4, so expectations were high that we’d finally have a worthwhile Tennis game this generation.

Somehow, it’s all gone very wrong. Tennis World Tour is a shambles; a half-baked, incomplete game that should never have been released in its current state. As of writing, there’s no online functionality, something that’s made apparent by the greyed-out menu option you’ll see when you start the game up. It’s an omission that was only revealed once the game was made available in select territories, with the developer saying that they hope players “will enjoy the local multiplayer or start your journey to the top in career mode in the meantime. ” It’s just awful PR. Also missing is any form of Doubles Tennis, but at least the developer had the good grace to mention this months ago. 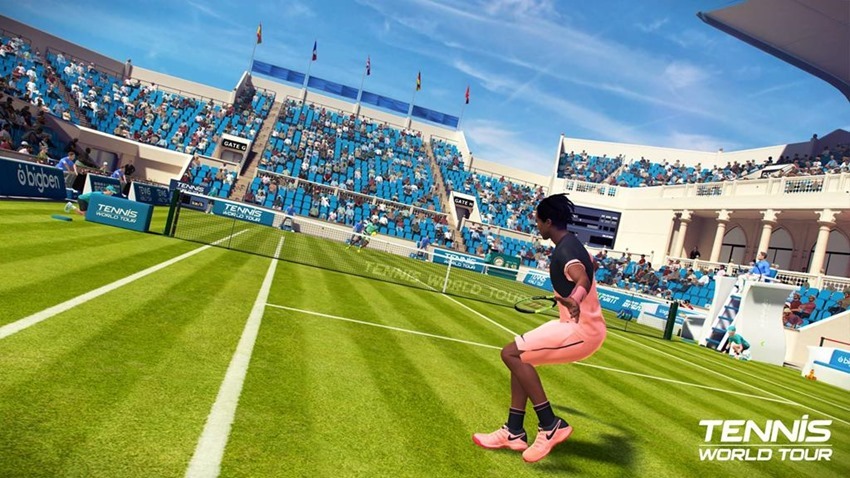 This stuff will all be coming in future patches, which the game sorely needs to address other areas. Many other problems prevent Tennis World Tour from being much fun to play. The core mechanics themselves are serviceable. You’re able to direct where the ball goes fairly well, switching between flat shots, spins, lobs and slices with different face buttons. You can charge shots to increase their power, and control the height of your shots. At least, most of the time. For some reason, the game sometimes decides what shots you’d like to do on its own, going for a safe slice when you’ve intended to do a riskier spin. Because of this AI takeover, just about every player plays the same, leading to some incredibly dull Tennis. If you’re expecting intense volleys that build up to a crescendo of excitement, you’ll only be disappointed.

One thing that makes games feel frustrating is if you go for a shot, and the CPU know you’ll miss it, you won’t even swing your racket, instead just aimlessly running towards the ball. It’s a bit of poor feedback, which makes the game feel unresponsive. There’s little feedback to your shots in general, something that could easily have been alleviated with some controller rumble. Its exclusion, and the fact that the crowds barely make a sound at all, makes everything feel lifeless. 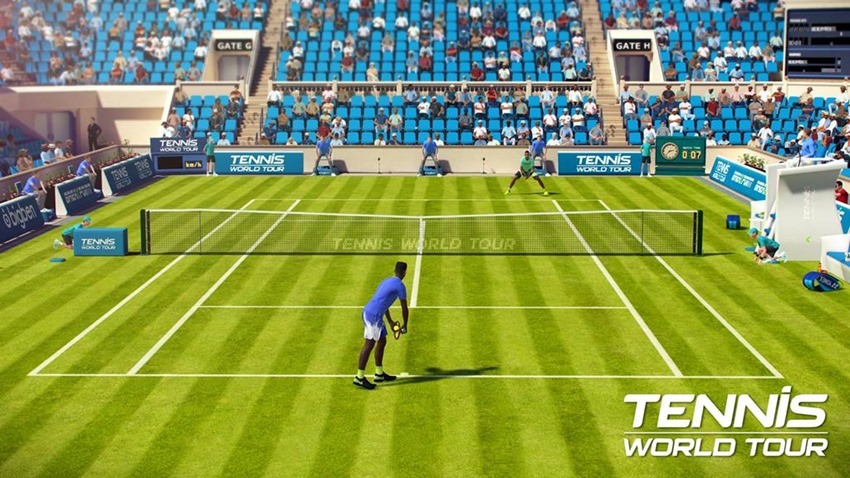 Even though ATP greats like Roger Federer, Grigor Dimitrov, Alexander Zverev are present and have different strengths and skills, they may as well effectively be avatar swops. That’s despite extensive motion capture and photogrammetry. Rafael Nadal, Novak Djokovic and the Willams sisters are especially conspicuous by their absence. You won’t find any licenced courts or tournaments, though there are different surfaces to play on that largely react the way you’d expect. Clay courts have higher bounce, making spin shots more effective (though, oddly, there’s no sliding or marks on clay at all), while grass courts have an unpredictable bounce that favours net players.

The meat of the game comes in its Career mode, which admittedly, is structured quite well. After creating your own player (from a laughably low number of presets), you’ll take your player across a faux circuit, ranking up along the way until you’re seeded well enough to compete in the big tournaments. As you do so, you’ll level up, giving you points to stuff into serve and volley, defence and attack. On top of that, you earn skills cards – both passive and active – across disciplines that you can slot into a set of tactics. You might get a card that increases stamina, or one that improves your backhand precision, or one that increases the power of your shots. It’s a nice system that attempts to add a bit of dynamism to matches. 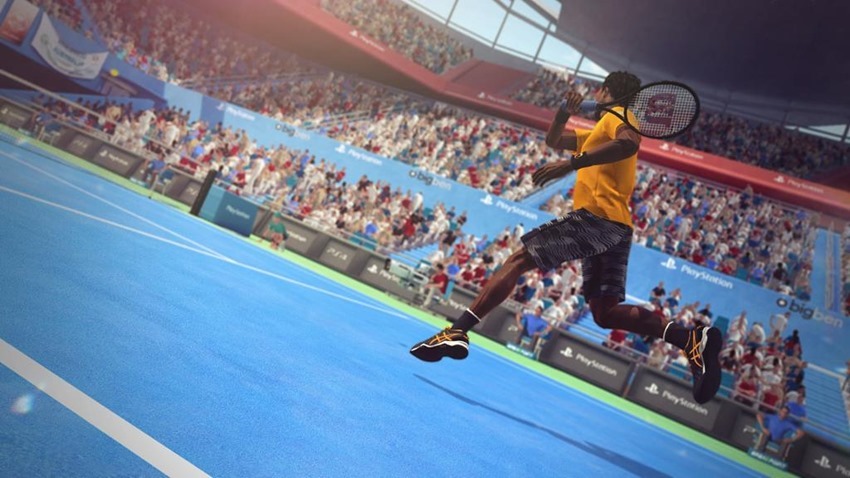 In between tournaments, you can either rest to replace your dwindling stamina, take part in exhibition matches, or do training to increase skills (which oddly, only buff those skills for two months at a go). There’s a sense of balance in play, and you’ll have to pick and choose which events you’ll want to take part in.

Beyond that, there’s not too much in it. With online modes still absent, you can play exhibition matches and the career mode – but they both get old, fast. The game also has some shoddy presentation. While character models for existing Tennis players are passable, they all look like something that wouldn’t be out of place on last generation systems. 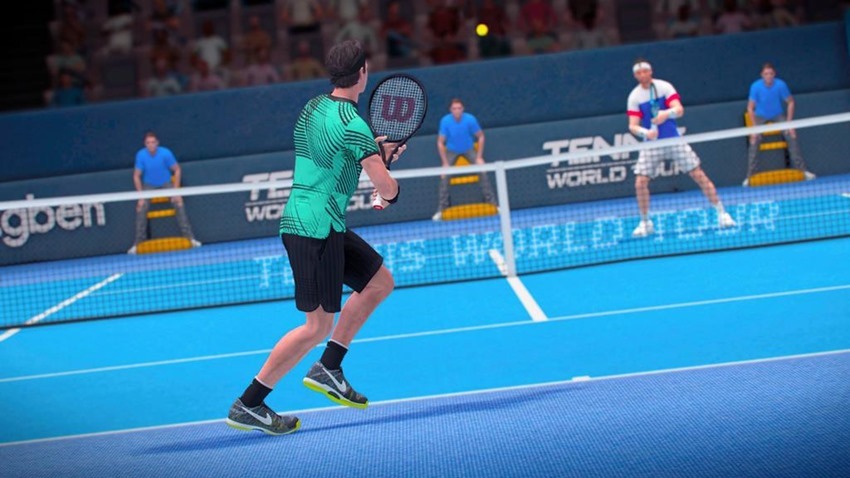 As a note, the game’s sound is awful – and it’s not made any better by commentary provided by John McEnroe, who lifeless repeats the same handful of ill-fitting phrases after every ball. Mercifully, that’s a feature that can be turned off.

The biggest pity is that it feels like with more work, there could be a decent game here. Probably rushed to release to capitalise on the current Roland Garros French Open and the impending start of Wimbledon, Tennis World Tour is an unpolished, unfinished game – and it’s insulting that Tennis fans are expected to pay full price for this.