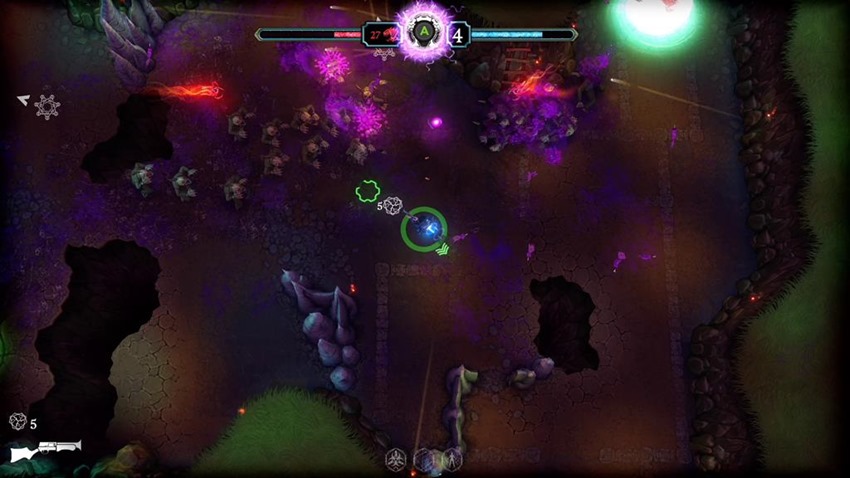 Some studios are synonymous with certain game genres. CD Projekt Red will always be known as a swords and sorcery developer thanks to The Witcher, Creative Assembly has a knack for churning out quality real-time strategy games and NetherRealm is an undisputed master at fisticuffs. And then there’s 10tons, a studio that happens to have a lot of twin-stick shooters under their belt. 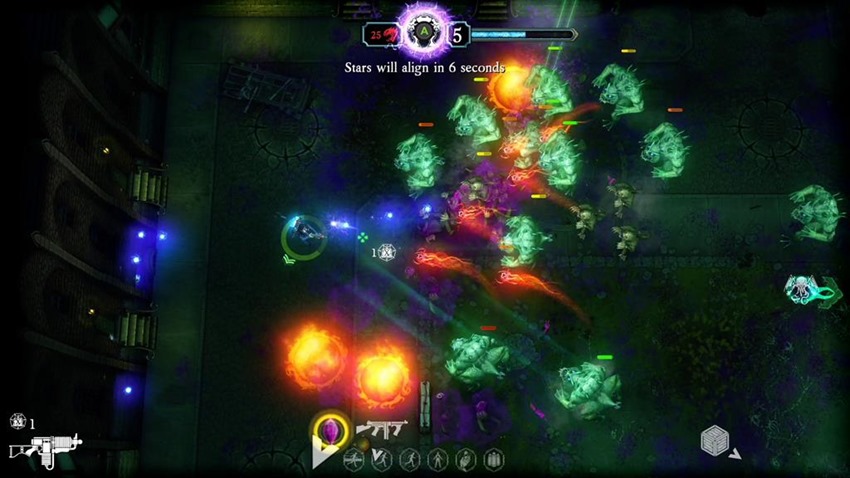 From Crimsonlands to Time Recoil, 10tons churns out plenty of games within that genre, the majority of which are solid diversions that boast core gameplay mechanics and simple visuals. Tesla vs Lovecraft is another example of 10tons doing what they do best, and sweet Cthulu is it a league above their previous efforts. 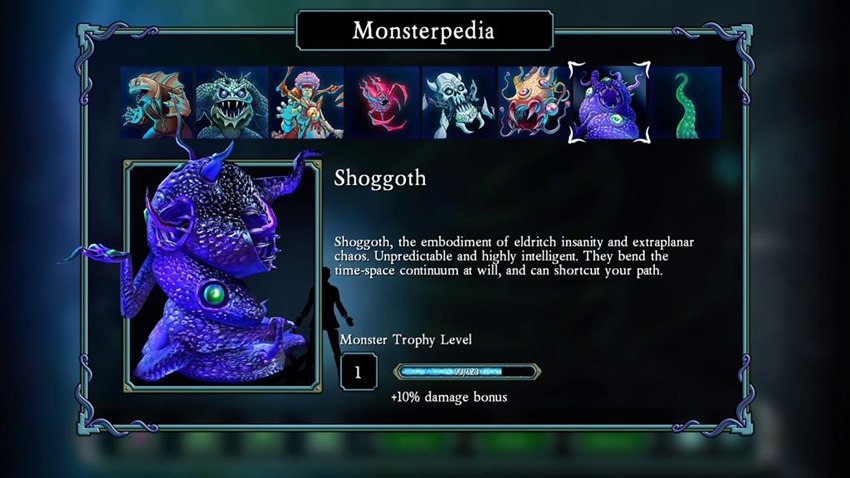 The setup itself is simple. In merry ol’ England, Nikolai Tesla (that chap that looks a lot like late rock star David Bowie) is showing off the hottest gadgets and patenting bastard-coated bastard Thomas Edison is nowhere to be seen. Unfortunately, resident spooky novel writer H.P Lovecraft has burst onto the scene and he has a mad-on for all this fancy technology that is distracting people from realising that the dread elder god Cthulu is about wake from his slumber and lay waste to the planet with his legions of nightmare fuel abominations. 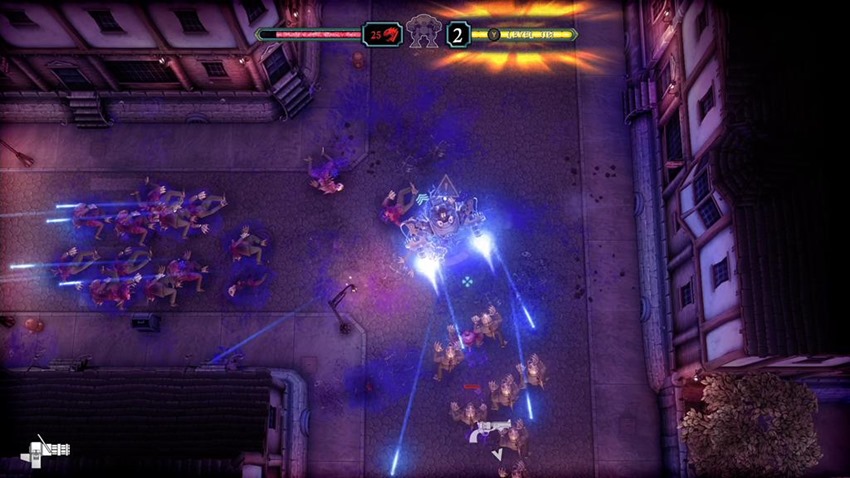 What’s an inventor to do when the spawn of a madness-inducing deity burns down his lab? Grab a gun and fire off some hot science right into their squishy heads, that’s what. On the surface, Tesla vs Lovecraft looks like a regular stab at the twin-stick shooter. It’s a top-down perspective in front of you, one analogue stick controls the iconic Serbian genius and the other analogue stick allows you to wiggle your guns in various directions. 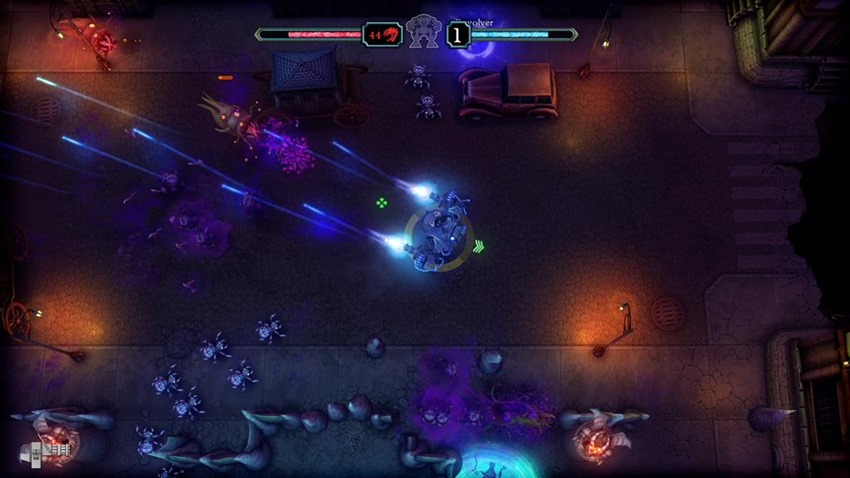 Simple stuff, but Tesla vs Lovecraft just feels so much better in action. You’re mowing down wave after wave of Lovecraft-inspired hordes, with the action feeling suitably meaty along the way. Hell, Tesla vs Lovecraft pretty much starts every match with the game’s primary party-piece at your disposal: A massive mechanised suit of armour that happens to be equipped with twin Gatling guns that can spit hot lead out at anything in your field of vision. 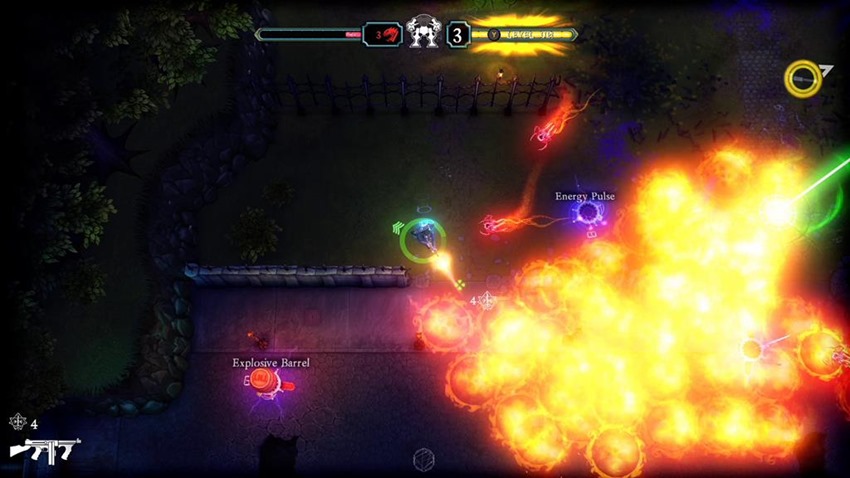 That armour has a time limit however, and you’ll soon find yourself on foot navigating claustrophobic London streets and docks as you reassemble the pieces of the mightiest weapon in your arsenal. It’s fortunately not only gun on Tesla’s arsenal, as he’s able to swap out his trusty pistol for more reliable weapons such as shotguns, Tommy Guns and even Gauss-powered assault rifles once they’re unlocked. 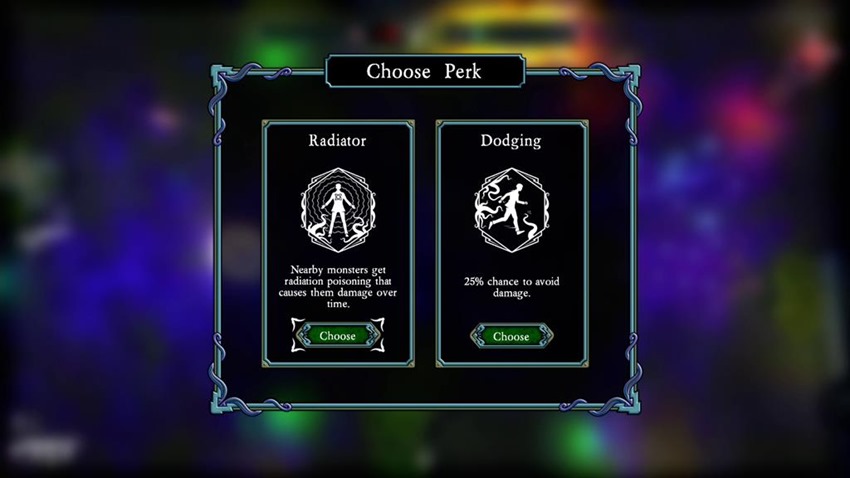 Tesla himself has one more gadget in backpack, which makes him a slippery foe: Instant teleportation. You’re able to pull off three quick dashes to get out of danger, before a recharge is needed. Combined with his mech, guns and limited use weapons such as static clouds of death and gigantic circular discs of doom, that alone would make Tesla a formidable threat to any danger from beyond the stars. It’s also not the only trump card he has, as Tesla is able to turn kills into skills. 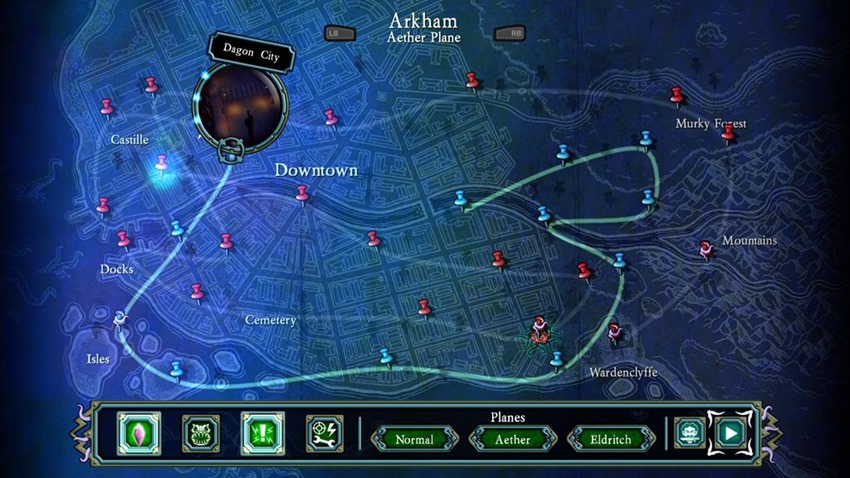 Annihilate enough of the star-spawn’s children, and you’ll quickly unlock perks which allow you to add more flavour to your weapons. Want more charges for your special weapons? There’s a perk that for that. Want to strike your enemies with divine thunderbolts every few seconds? There’s a perk for that. Want to arm your Gauss rifle with the ability to shoot off multiple projectiles that ricochet along walls and have a 50% chance of piercing the hide of Cthulu’s children? Buddy, you better believe that there are perks available for that specific list of actions that you’re craving.

The end result is marvelous to say the least. Tesla vs Lovecraft plays like the sum total of everything that 10tons has produced so far. Every perk can be combined with each other to form wildly devastating results, the action never ceases and subsequent playthroughs are encouraged thanks to the game rewarding actions with crystals that can be used to make Tesla even deadlier when facing familiar odds again on higher difficulty settings. 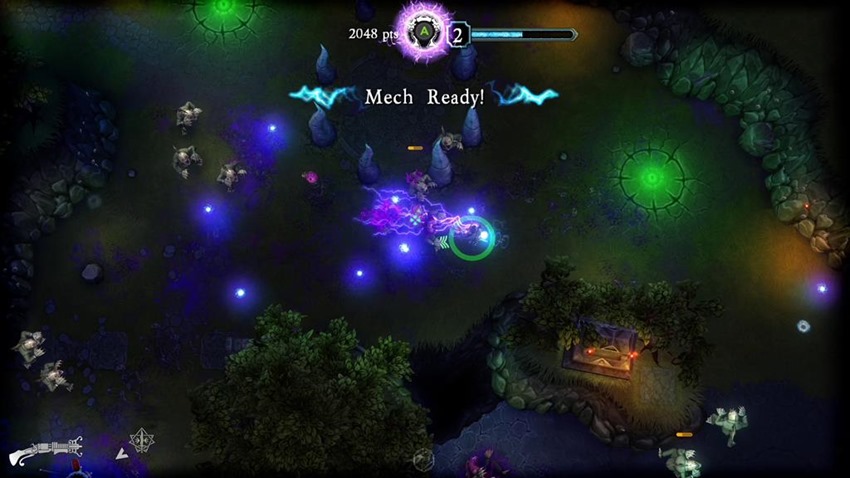 Convenient, as the game can be blasted through in a few hours on Normal mode, while the Aether and Eldritch planes offer a suitably higher challenge. There’s something undeniably fascinating about seeing hundreds of creatures on your screen at any given time…and then sending them screaming back to their elder gods in a hail of hot lead. 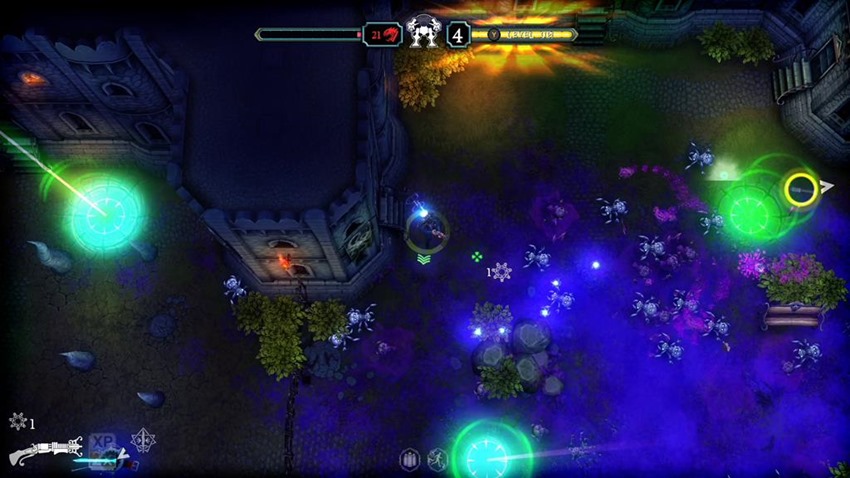 Endless mode rounds off the package, with a showdown that gets undeniably more vicious as more time passes and the kills start to rack up. If you can best my own killstreak of over 500 in this mode, then I owe you a beer. What else is there to be said for Tesla vs Lovecraft then? It’s a twin-stick shooter through and through, but it also represents the genre at its finest hour: Overwhelming odds, tons of hidden depth and pure power fantasy fun in an undiluted package that is light on story and stacked with action that’ll leave any genre fan with a smile on their face.