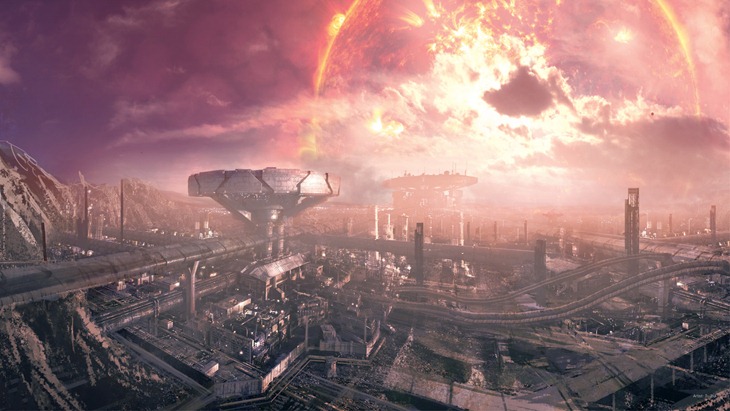 Standby for The Art Of Titanfall drop commander. We may not be getting the Titanfall game anytime soon, but one thing that SA fans will have access to, is a behind the scenes tomb of Titanfall knowledge. So throw those older, tinier art books that came with your various collector’s edition out of the way, because the daddy of concept art has just dropped in.

Right from the start, the massive book just slaps you in the face with a glossy mechanised penis of art. It’s chunky, big and will most likely inflict all manner of blunt force trauma should you find yourself stuck in zombie apocalypse. 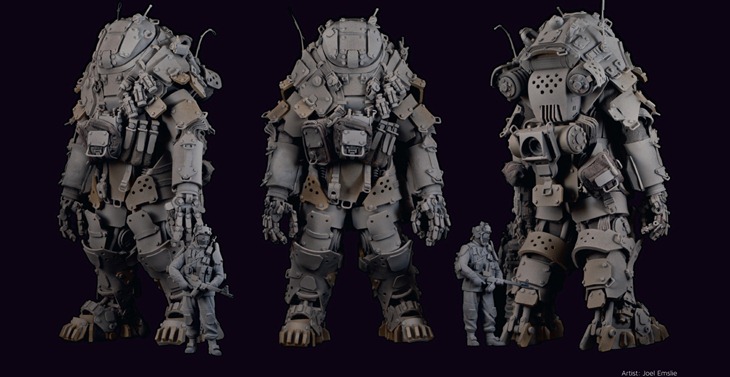 So what do you get inside the book? Well, it’s just shy of 200 pages, but it covers a ton of development, from the early days of Respawn Entertainment, through to the final design phase. It’s filled with all manner of art. Paper and pencil, Maya, 3D sculpting and various other digital paintings adorn the pages of mechs, beasts and environments. Hell, there’s even a section dedicated to that ridiculously massive full scale Titan that appeared at E3.

The real bonus here however, is the insight into the design process. It’s one thing to gawk at a pretty picture, but if you fancy yourself an artist, it’s even more fascinating to read what went on in the heads of the Respawn art team when they were designing the look of the game.

Make no mistake though, the Titans steal this book. They’re the key driving force behind the hype for the game, and the book spends plenty of time and pages on them, with fewer sections dedicated to the humans, and far fewer to the beasts of the game. 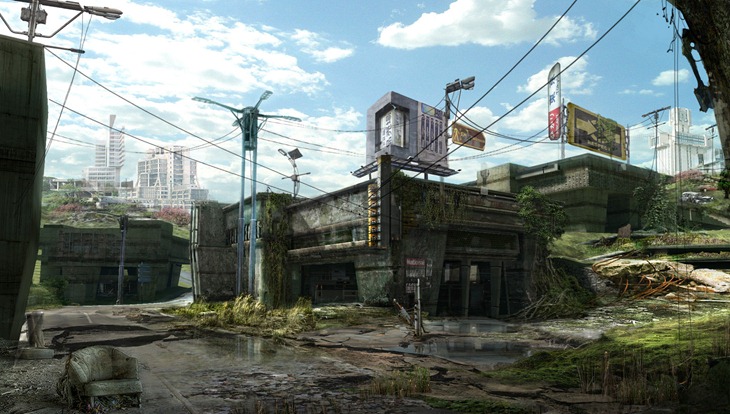 Still, as a gigantic fan of our eventual robot overlords and future masters, I’m not complaining. There’s also plenty of attention lavished on the underrated and criminally underlooked aspect of art design in games, scenery. At least half of the book is focused on this, and the majority of that art is beautiful enough to warrant being framed and displayed in an art museum.

Bugger the Monets and Jackson Pollock art enemas, this is the kind of visuals that artists live to create. If you’re a fan of art books, the The ARt of Titanfall has it all. Much like it’s source material, it’s massive, shiny and the sheer weight will crack your coffee table.

A new generation of gaming is at first, all about the visuals. And that’s something that The Art of Titanfall accomplishes in an old school medium. Whether you’re in love with the game, or you want to show off just how much effort goes into making a video game, it’s a book that gives you plenty of value for the price it asks.