The LEGO Movie was certainly a surprise. What could have easily been a silly, mindless kids’ movie has ended up as perhaps one of the greatest animated films ever made, perfectly capturing the slapdash, mix-and-match wonder of a child playing with LEGO, infused with charm and genuine comedy. If you were expecting the same sort of surprise from the movie’s inevitable, incredibly meta tie-in, then you’re set for disappointment I’m afraid. That doesn’t mean that it’s bad.

What it is, is a tad uninspired. It sticks to the same tried and tested formula – so if you’ve played any other LEGO games you know precisely what to expect. Its plot is taken directly from the film and this is where this LEGO game takes a step backwards. Instead of the classic LEGO game cut-scenes that humorously thief bits from their celluloid counterparts, this steals them wholesale, ripping them out and pasting them in where applicable. Most of the charm of the LEGO games comes in taking a scene from a film and giving it a LEGO makeover, and that’s just not the case here…though it’s necessary, for obvious reasons. 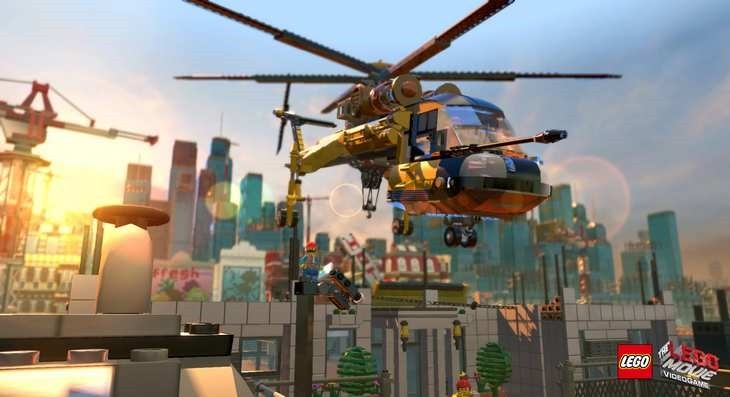 And though it doesn’t include everything from the film, playing through this will spoil the entirety of the main plot, so it’s really recommended you watch before playing. The film, thankfully does translate in to gameplay quite well and seldom fails to be at least mildly enjoyable. The game features just about all of the film’s main characters including the protagonist, and follows Emmet, the construction worker who’s thrust out of an ordered world to discover that there is another world, un-manipulated and outside of the one he knows. On top of that, he could be the prophesied Super; the most important person in the whole universe. Yes, on the surface it bears more than a passing resemblance to The Matrix – but there’s a grander cast of characters and much more imaginative worlds in this particular blockbuster. 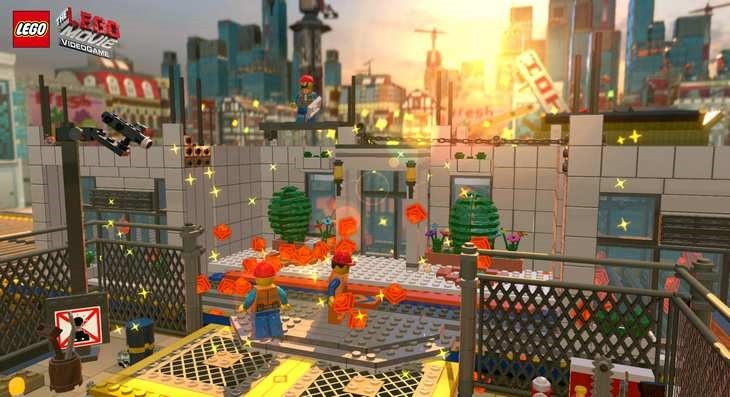 While the plot is directly taken from the film, what the game does is reuse many of the film’s action sequences and fluffs them out, stretching them into lengthy sequences with interesting and imaginative objectives, adding depth to on-screen sequences that were just seconds long.

The Lego Movie: The Videogame lets you play as various Lego characters from the film as they make their way through 15 diverse and colourful chapters, doing exactly the sort of things you’ve been doing in LEGO games for years; collecting little studs that serve as currency,  solving puzzles and smashing just about everything into pieces. 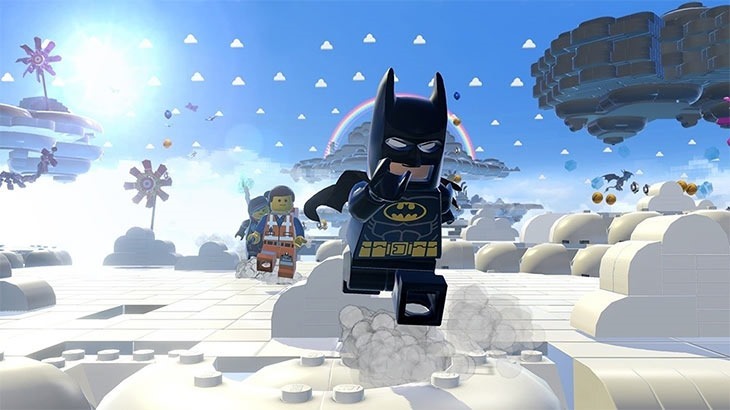 Because there are different character archetypes, you’ll need to switch between characters and use their unique abilities to get certain jobs done; Emmet’s good for drilling away cracked bricks, the agile Wyldstyle is perfect for high-risk jumps and Batman and his grappling hook are just the ticket when it comes to pulling things down. Minigames, like a Pac-Man-esque hacking game and a dancing game keep things from becoming too repetitive too quickly,  something that’s aided by the fact that each of the game’s 15 chapters feels different from the last. Each set of levels is based around a small, but unique hub world, offering puzzles and collectibles outside of the main game.

As much as everything is the same, there are a few noticeable changes. For one, absolutely everything is made from LEGO, including the scenery, water, smoke and explosions. It gives the whole game the feeling that it’s really all playing out within a child’s head. Another little change is the class of builders; usually anyone is capable of building things from the bits of bouncing LEGO lying about, but here only master builders can make things, willy-nilly. Everyone else has to rely on instructions to build anything. 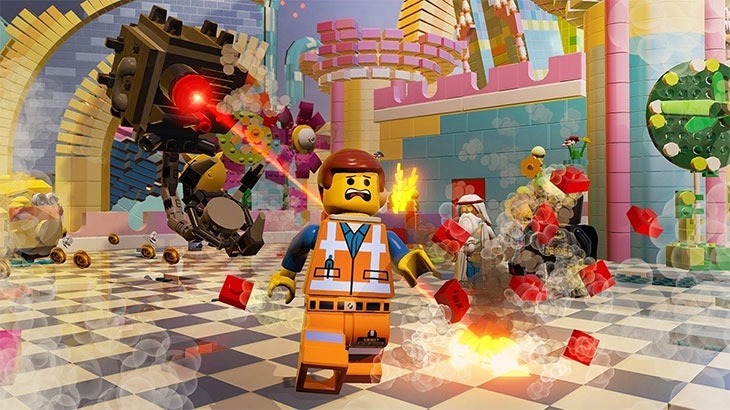 The game isn’t particularly long, taking just 7 hours to complete, but as with all LEGO games that’s where he fun really starts. Replaying levels in Free Play with characters who shouldn’t be there opens up whole new sections of levels in your quest for completionism – and it’s where I had most fun with the game. Compared to other LEGO games though, there’s just not all that much content. It’s shorter and less feature-packed than the recent LEGO Marvel Super Heroes and not nearly as inspired or engaging as the excellent LEGO City Undercover.

On top of that, the game’s a bit on the buggy side. A few times I had trigger events fail to happen, forcing me to replay whole sections, while on a separate occasion the game’s save points just stopped working, before crashing out, making me lose an hour’s worth of progress. That’s on top of the usual LEGO game bugs of characters getting stuck in areas they shouldn’t have entered. 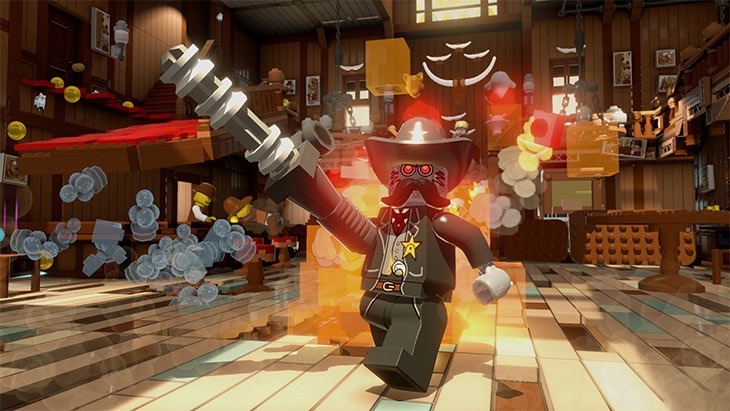 Despite those issues and the overall lack of scope, this is still a pretty good film tie-in, taking some of the best ideas and elements from the entire series and packaging them in a neat, charming and fun family friendly bundle. In fact, it really comes alive when you play it co-operatively, as I did this weekend with my kids. While it doesn’t give players the creative freedom of a world-builder like Minecraft it does allow for the creation of a great deal of chaos, which is really where most of its fun lies.