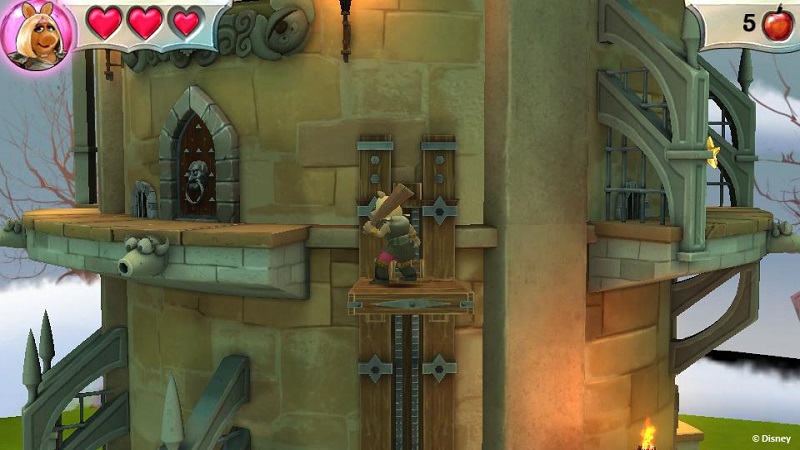 The Muppets have been around for years, no… decades. The lovable bunch are known by many, even if they haven’t shown up frequently in recent times. Their latest appearance is in The Muppets Movie Adventures, a Vita exclusive which has the colourful cast acting out  various movies in platforming sequences. It’s a decent premise for a game on paper. The problem in execution though is that the only part of this game that is truly Muppets is in the skin it is presented in. Everything else is mediocre or lifeless. Sometimes both.

The only life the game gives to the player comes from two sources. There’s the narrator who does an introduction at the beginning of each of the five movies, and the director, who also does a brief intro, but also delivers one of a handful of lines asking for a retake each time you die. It gets really annoying, really fast. There is not a single line delivered by any of the awesome Muppets. The only interaction you see from them comes in the form of a text box. It’s a pity really, because each of the movies has an interesting backdrop which could have really been fleshed out with some good dialogue instead of meaningless text. 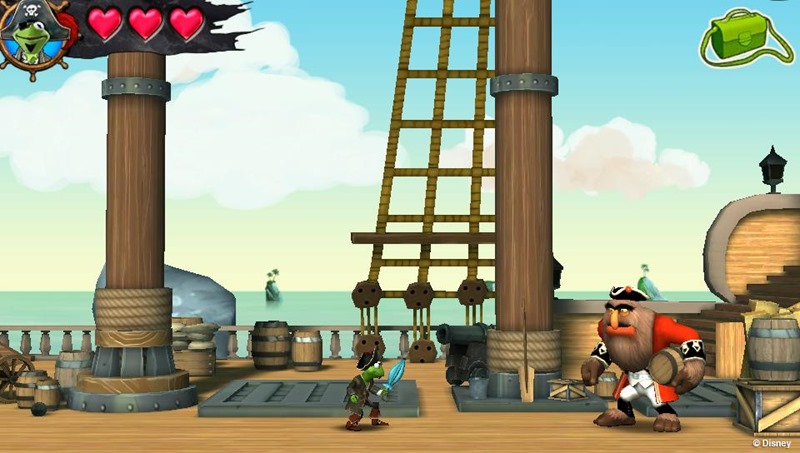 One has Kermit stepping into the boots of Captain Greenlegs, a swashbuckling pirate who steals from the rich and gives to the poor. Another has Gonzo, ahem, Doctor Von Gonzo, handling a mutant vegetable invasion caused by an experiment gone horribly wrong. There are really some fantastic scenarios, let down not only by the lack of signature Muppet humour and voices, but also the lack of good platforming.

Each level plays out in the same way. You need to get from point A to B, and all that prevents you from achieving this is some cannon fodder enemies and minor platforming puzzles here and there. The camera can be a little annoying, resulting in a good few silly deaths because a platform just wasn’t as easily visible as it should be.

These movies aren’t long – say 30-45 minutes apiece, yet they are tedious enough to feel like they take forever. Scattered across them, and as an incentive to explore, are stars, movie reels, and a golden movie ticket (one per level). They are merely collectibles, and serve no other purpose. What’s really frustrating is the way some of these are expected to be collected. 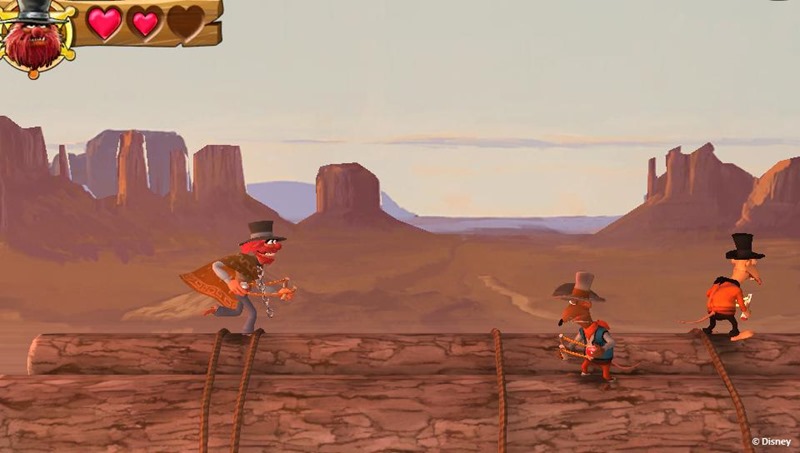 You see, you can be running through a level only to be met with a locked door or an invisible platform for example. You need to get through or on to one of these to get a star on the other side. How do you do this? Well, you need to finish the level first, and doing so will unlock a gadget or ability which will allow you to do so.

The problem is that by this point, I was so sick of a level, I had zero interest in going back. That and the fact that collectibles weren’t particularly interesting. It comes across as a cheap way of increasing playtime, getting players to backtrack and play through the same boring movie once more. Take this away and you have a game that only lasts 2-3 hours. A younger audience may feel the urge to go back and explore, which is fine, but I myself just couldn’t stomach it.

One of the only redeeming factors of the whole game comes, believe it or not, in a mini-game which has players matching various coloured points on a grid. You know the platforming of a game must be particularly horrendous when a mini-game is more enjoyable than the running and jumping. The bosses at the end of the level aren’t too bad either. They are initially quite challenging, but once figured out, they are easy enough to beat, and just as easily forgotten. Still, those few minutes spent working out how to beat them was quite fun. There’s also the inclusion of the Vita’s touch controls, which is nice. They are used so sparingly though that I almost forgot they even existed. 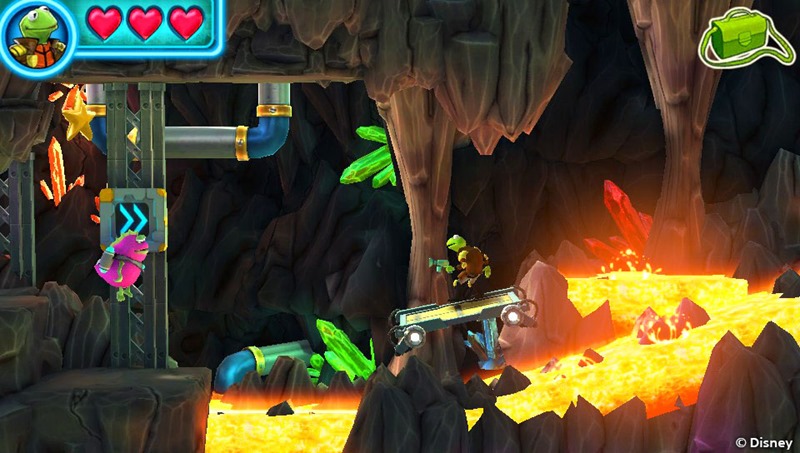 By the end, all I could keep thinking was how the title was such a shameful fan service to those who love The Muppets. In fact, the only Muppets part of this game is in the title and in the skin the game has been given. Take that away, and you have a really dull, uninspired, and short platformer.