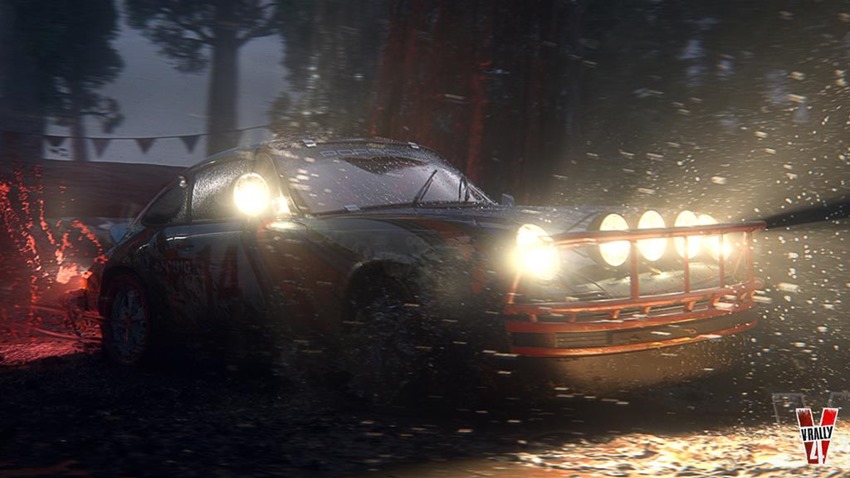 Like star-crossed lovers, there exists two distinct sub-genres within rally games. One is a highly-tuned and polished example of realistic consequences when speeding down narrow mountain tracks on sandy courses, the other is a lean racer that flips a finger at gravity and rubs salt in the wound by splattering one of the fundamental forces of the universe with a thick coat of mud after performing a stylish corner drift. Never the twain shall meet. 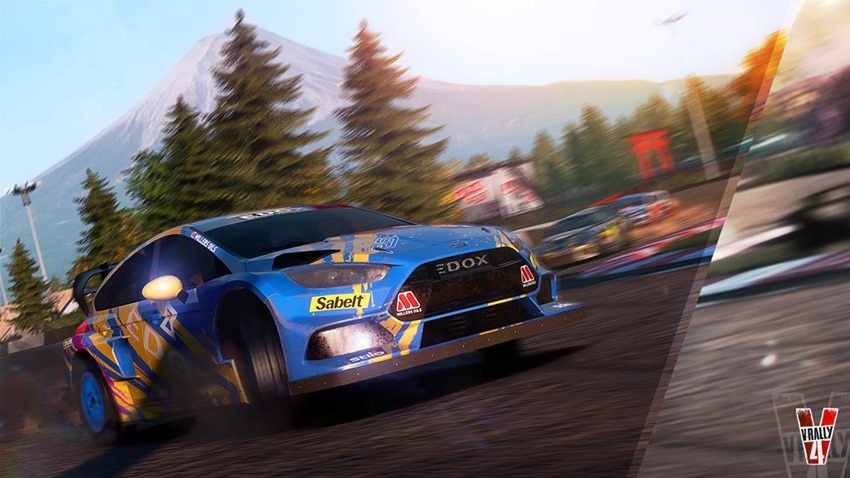 V Rally 4 is an attempt to marry those two opposing forces into one package, a revival of a long-forgotten franchise that helped sell the idea of rally games during the early to mid-2000s heyday of the genre. It’s an ambitious idea, to resurrect a series and still continue ahead with a chronological sequel that attempts to stoke the nostalgic fires of the good ol’ days in veteran racers.

Unfortunately, V Rally 4 doesn’t have much else going for it as its pretty exterior can’t hide the barely tightened bolts of its rusty roll-cage. 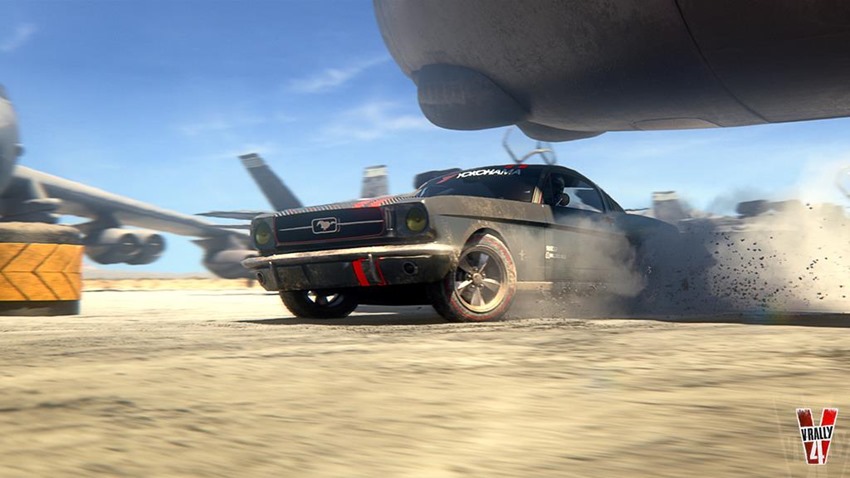 It’s a pity, because V Rally 4 should have been a joyous throwback to the 2000s and the sheer joy found in one of the maddest sports ever celebrated since people tried chasing a wheel of cheese down a steep hill. With 16 years separating V Rally 4 from the last game in the series, there exists more than a decade and a half of ideas, refinements and improvements that developer Kylotonn could have pounced on.

Instead, V Rally 4 lacks the one thing that sets rally games apart from one another in a very competitive genre: The feel of the car. It’s an absolutely abstract comment to make, but it’s an idea that other studios have nailed. The sublime feel of taking a corner properly, expertly navigating through small turns and hills in point to point races and adjusting on the fly for rally cross events. 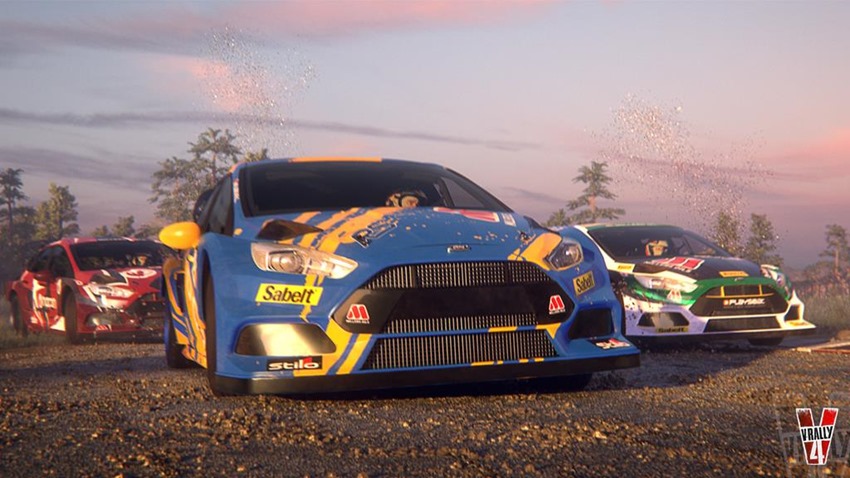 V Rally 4 has none of that, and instead gives players a handling model that feels like you’re trying to steer a squirrel that’s hopped up on cocaine. At first, I thought that this was down to my own personal incompetence, and proceeded to flick as many assists on as possible. Even with the maximum number of crutches supporting me, V Rally 4 still performed like a spoilt brat, barely staying on the course and flinging me off of if I so much as glanced at an upcoming corner.

It makes no sense either, because the level of inconsistency with handling was staggering. Race after race, I’d struggle to even navigate through a particular corner and find myself riding off the track no matter the level of resistance I applied to the brakes. I could be as gentle as a kitten or as rough as a German masseuse and the result would always be the same. 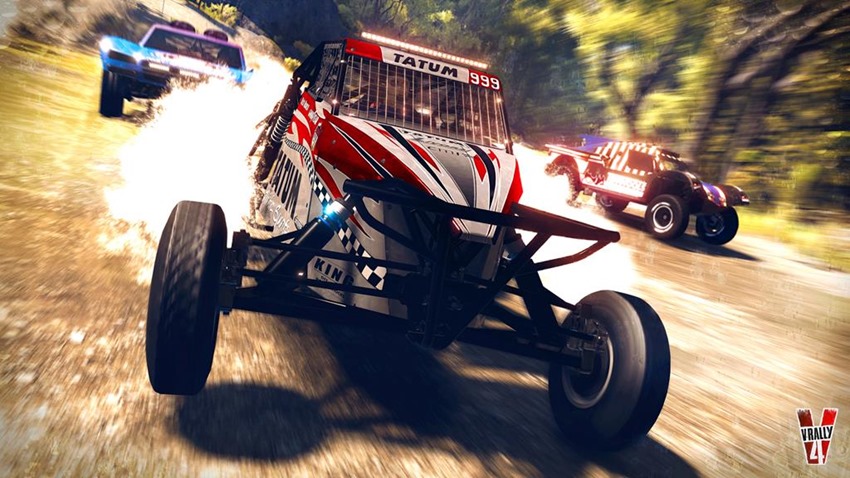 It’s a counter-intuitive system, made even worse by the fact that V Rally 4 is a horrible game with breath-taking stages to fumble around in. With a series of environments (of which there are only a handful) that are lovingly crafted by Kylotonn, you want to race through them and admire the small details as the light catches your eye across various sun-kissed tracks. Whether it’s a blue-collar racetrack in Britain or a lush Malaysian jungle, V Rally 4’s visuals go hand in hand with the various disciplines on offer and the modest selection of cars available.

Career mode isn’t much to write home about, being the usual underdog slog where you rise up from the bottom of the rankings to claim your spot in rally history as you secure sponsorships and build your team, but the whole project falls flat early on when the same grind becomes blatantly obvious. Hell, online isn’t much better either as getting into a game is a Herculean task wherein you’ll need buckets of patience as you twiddle your thumbs and wait for the servers to fill up. 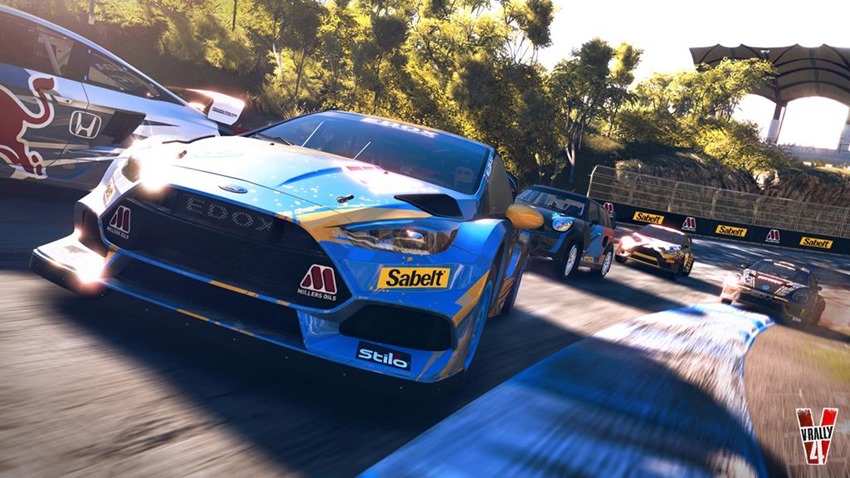 Faults which could be forgiven, if V Rally 4 wasn’t a temperamental bastard to play. It feels like a product of the era where it originated from, a relic of the past that has failed to keep up with recent advances and suffers because of it. Gorgeous it may be, V Rally 4 is still an infuriating game to play and it attempts to blaze a path forward on a road that is covered in all manner of bumps and potholes.