Home Gaming Volume review round up – Turn down for what

Following the charming, rather delightful polygonal platformer Thomas Was Alone with anything would be a daunting task for anyone. That game was so well received , that Mike Bithell’s sophomoric follow up would likely be looked at with a fair bit more scrutiny. That it’s a game in a completely different genre makes it especially worth scrutiny. Thankfully, for the most part, it seems that Bithell’s pulled it off – giving gamers the distilled core of a classic stealth game, coupled with the intelligence, wit and charm you’d expect of him. Here’s what reviewers have to say: 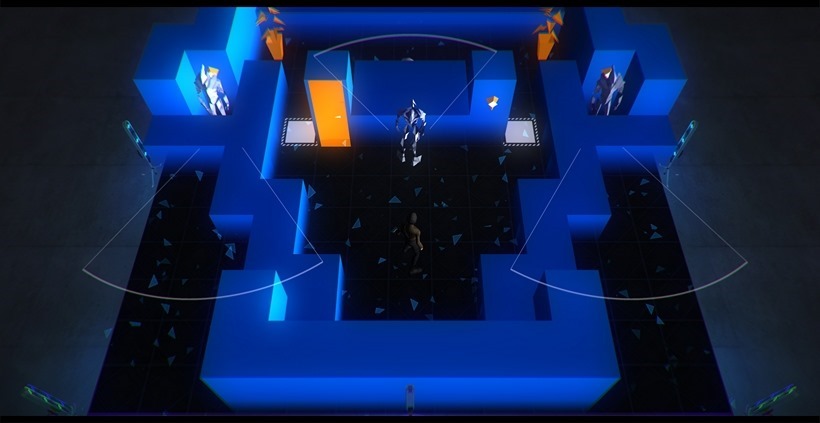 Volume features a level-creation tool that I played with too briefly to critique, but it’s likely to spawn many more maps, many more patrols and patterns. I’m looking forward to playing the best of them. Bithell’s sophomore effort is a lovely thing made up of spellbinding puzzles that demand the player’s attention. Its beauty, wit and intelligence are nicely offset by its quiet anger. 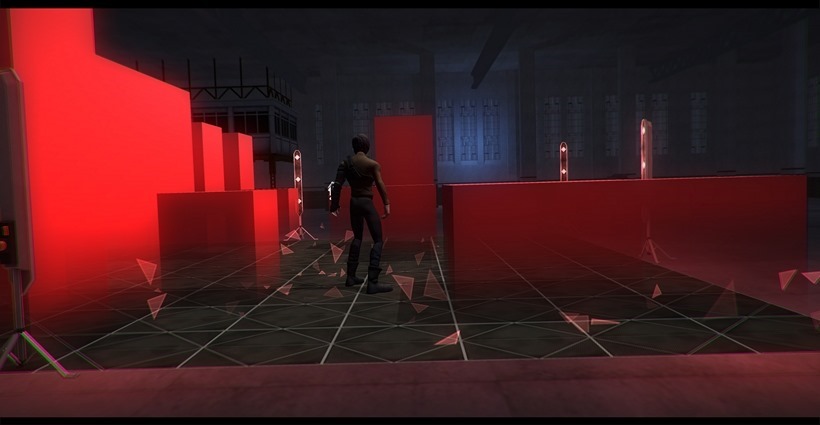 It’s this clarity that keeps impressing me. So many games are cluttered these days, piling features on top of busywork. Volume isn’t short of great ideas, but it delivers them gracefully, one at a time, layering simple concepts on top of solid mechanics to create the sort of organic gameplay experience that seems effortless. Its rules are clear, the edges of its world and your place in it clearly defined. Everything you need to know is on show. While Volume may be more complex than Thomas Was Alone in almost every respect, it’s still the work of someone who understands the value of simplicity. 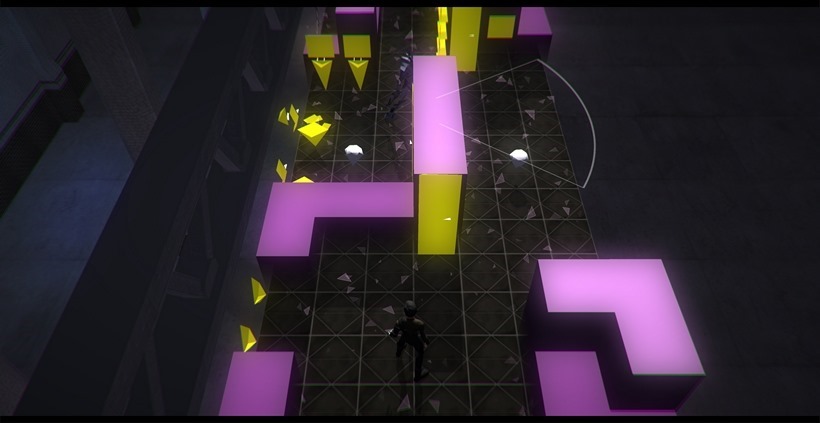 But when you’re able to avoid the barrier the overarching narrative creates, Volume flows from one level to the next with the aptitude of a great stealth game, and the inventiveness of a clever puzzle title. It stumbles when trying to tell a story, but excels at communicating phenomenal mechanics. 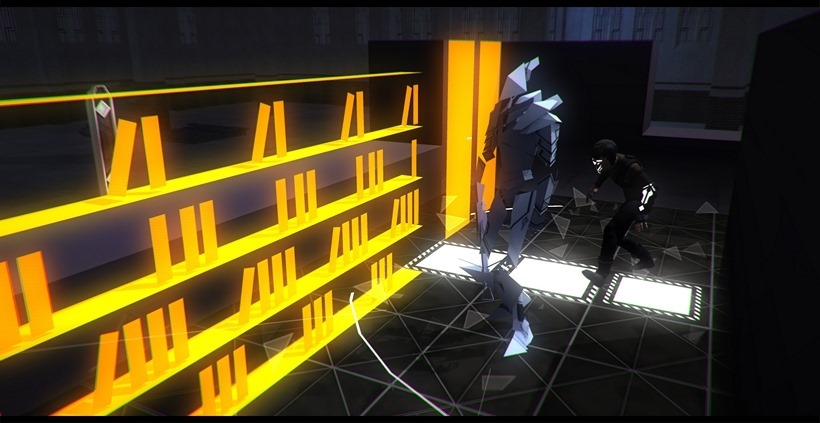 In an industry increasingly defined by bloated production values and histrionic spectacle, Volume is a deft, focused example of quality design that succeeds thanks to a laser-focus on gameplay above all else. 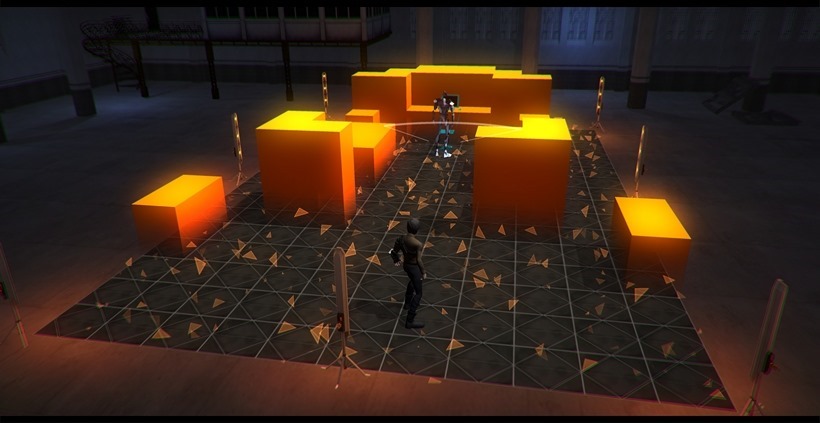 As I finished the final level, a strange combination of feelings washed over me – a sense of accomplishment that I had overcome all of the challenges Bithell Games had laid before me, but also a sense of disappointment that the main story was over. Volume’s story levels are designed with the same care that players must use when playing, and I enjoyed the experience from start to finish. With true stealth games a rare breed today, Volume stands as a declaration that the formula can still work. 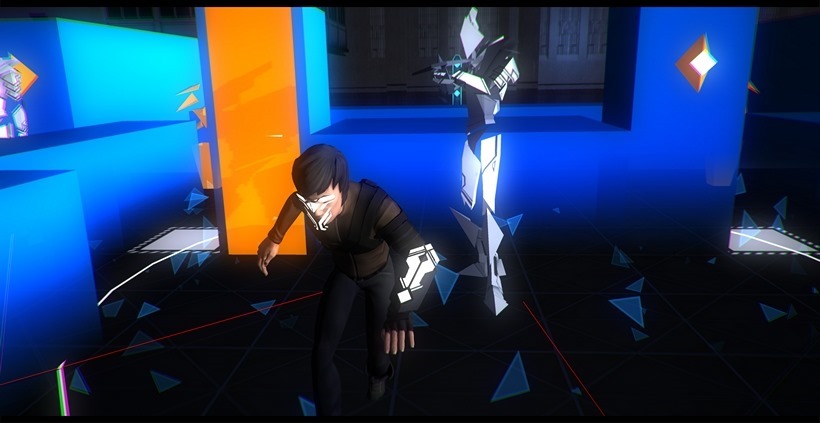 There’s a clever stealth game here, without question. I’d just like it so much more if it ramped up faster and cooled it with all the chest-thumping.

When I think about Volume, I’m of two minds about it. From a pure gameplay perspective, it handles stealth in a way that always feels fair and, if anything, is almost too forgiving. It conveys information clearly and it’s never too frustrating. My biggest complaint of what’s here is the ability for a player to cheese their way through a level, abusing the checkpoint system or the exit square to call something a win despite feeling like a clumsy mess.

The game’s launch timing is genius, frankly. As people ramp up in excitement for a new Metal Gear Solid, we’ve got a smaller title that focus on its core aspect, that’s more than a little bit of a nod, or homage to Kojima’s legacy. With a built-in level editor, it’s likely we’ll eve see many of the series missions remade, particularly the VR ones. It’s out today on Steam and PlayStation platforms, though its Vita release has been delayed by a couple of weeks.