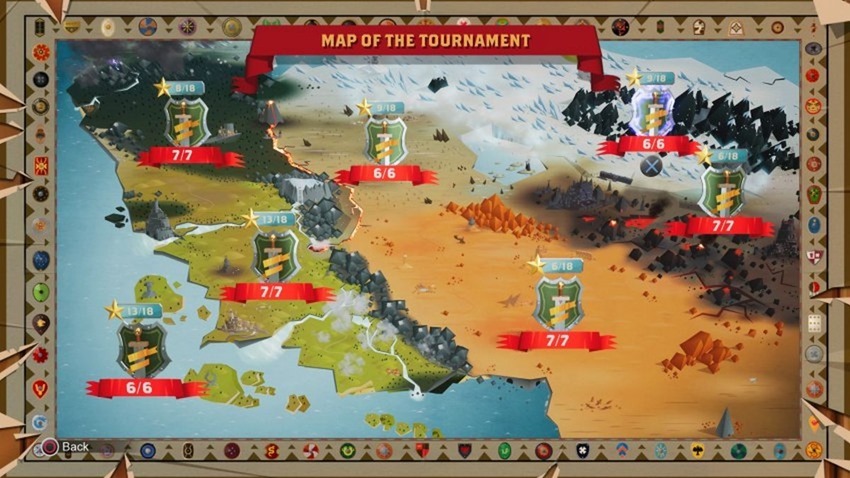 You realise early on that World of Warriors is not a game that takes itself too seriously. If you have the same approach whilst playing it, you’ll most certainly have a good time. Its playful nature comes across in its art style, straightforward combat system and arena builds. War of Worlds is a fun game that won’t be winning any awards anytime soon but it will provide you with hours of fun.

First impressions are always important and World of Warriors nails it. The art style evokes positive and carefree emotions, despite the solemn yet shallow story plot that warriors from across timelines are summoned to fight one another. 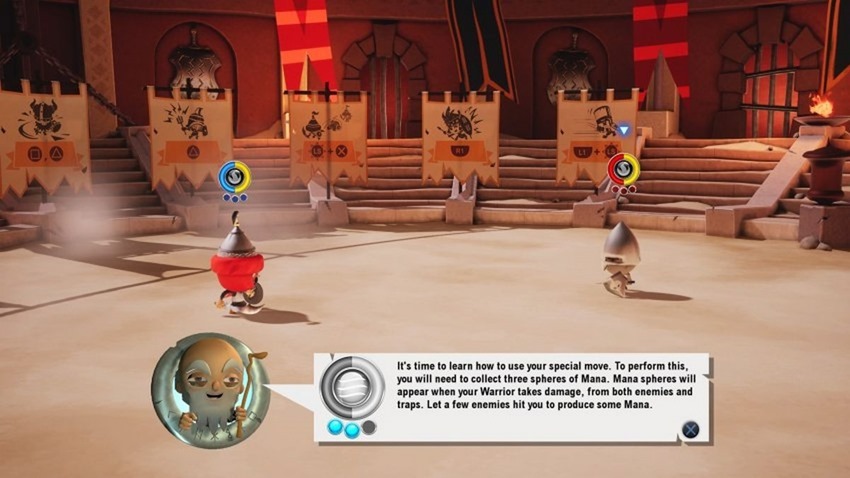 The tutorial did well to explain the basics of the game and it’s not long before you can dive right in and battle away with your tiny warriors. The combat system is straightforward, with light and heavy attacks along with warriors having their own combos. The game incorporates elemental tactics as well, with the well-known quartet of wind, fire, earth and water, with each having an advantage over another. Each warrior will fall under one of the four.

The storyline is quite obviously paced there for the sake of setting up the game not because the game wants to take you on an emotional storytelling journey. The single player campaign allows you to fight enemies across the land in order to gather resources that you need to obtain new warriors, craft potions and talismans. 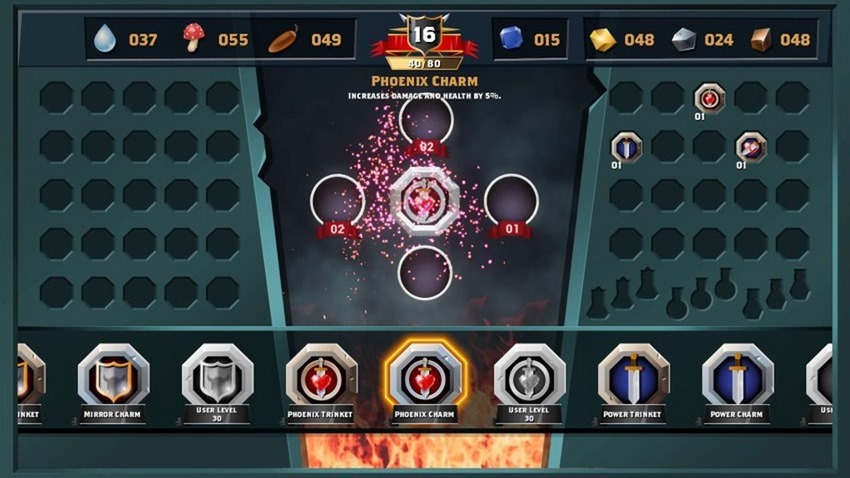 A game with a lot of quirk

Despite the lack of depth shown within the game, it holds its own due to its consistent nature. The art style is, of course, the first point of call that reveals the light-hearted, quirky nature of the game, but that is continued throughout in many ways. 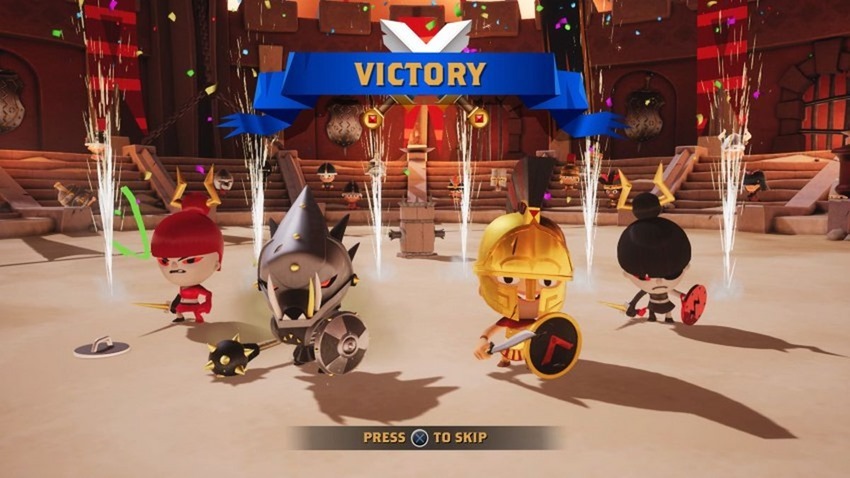 The cast of warriors at your disposal showcase a diverse talent spread across from all over the world and various time periods. From Shaka Zulu, a warrior many of you would be familiar with here in South Africa, to Spartans, Aztecs, Vikings and everything in between. A rich cast coupled with World of Warrior’s art style makes for even the fiercest of warriors looking fun and friendly, even with a sharp scimitar in hand.

The arenas that you fight in continue this narrative of quirkiness and fun. The arenas are not just about looks however, as each one has a mechanic that can be used to turn the tide of the battle in your favour. One level has an evil tree which drops 3 orbs every 10 or so seconds. The first player to strike two of the three orbs into their team colours gains the favour of the tree which then sends its roots to throw your opponent around. 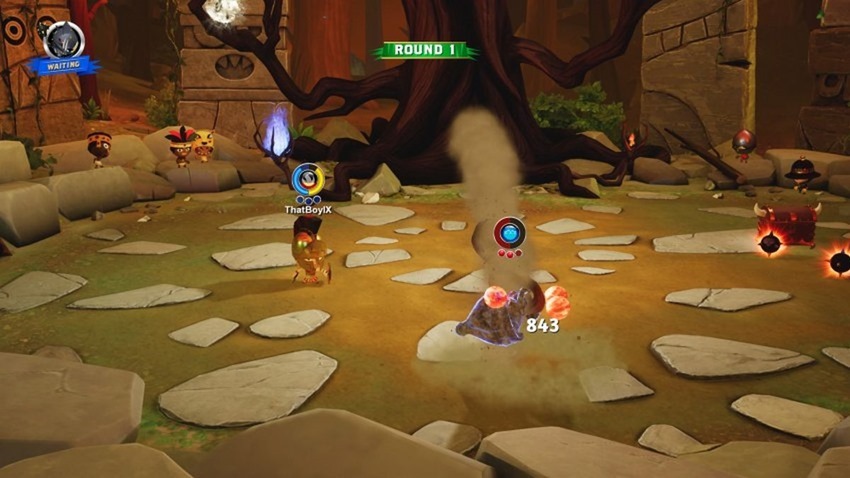 From a Titan sea god to an arena that throughout the fight lowers into a cave revealing web shooting spiders and rocks that crash into the arena, each arena feels distinct and comes with its own feelings and strategies. At times it can feel too chaotic and battles can be decided primarily by the level mechanics as opposed to player skill.

You won’t always be battling warriors in this game. Some levels are quite different and require you to do more than string combos together. For example, in one level you have to hit ice totems in the correct sequence to pass the level, all the while being attacked by wolves. It’s a refreshing switch up from the fighting and makes for a nice breather from the action. 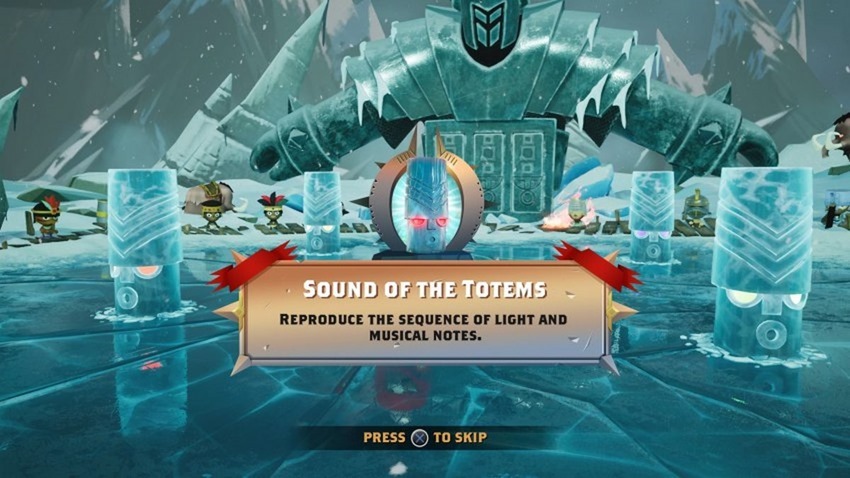 Multiplayer is key – but hard to get into right now

World of Warriors allows you to do a lot, but very little of it is necessary whilst playing the single player mode. You really only want to grind through it so that you can collect what are called Honour Stones, which you need to unlock new warriors. It becomes obvious that the single-player campaign is really only there so that you have somewhere to gain resources and practice for the multiplayer component.

Unfortunately whilst doing this review, it was impossible to find any matches online and that should be carefully noted whilst reading this review. Arguably the most important aspect of the game was not explored. 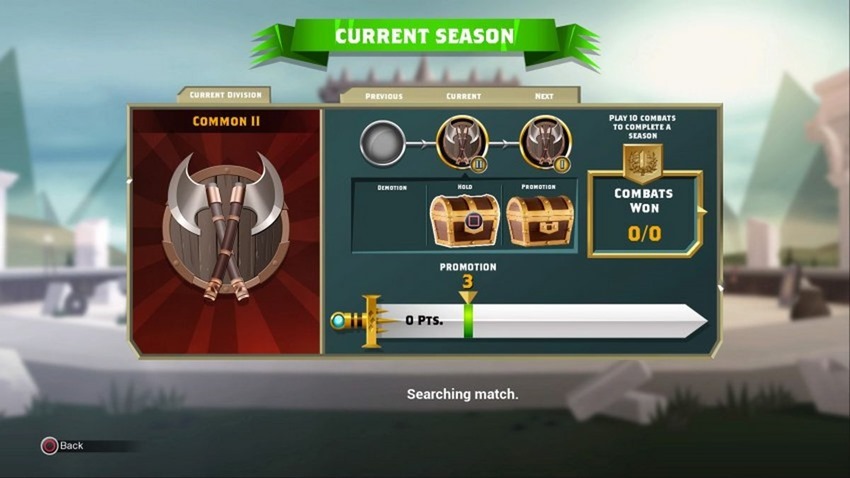 All the various mechanics of the game, whilst unnecessary in single player, would absolutely become vital when playing online. With each warrior falling in a class of light, medium and heavy, along with their elemental strength, online play would be far more considered and require more tactical decisions.

Perhaps when servers are more filled out, it will be worth revising this review and updating the score based on that. But keep in mind however that you will struggle to find online matches until then.

A tiny game with a lot packed into it 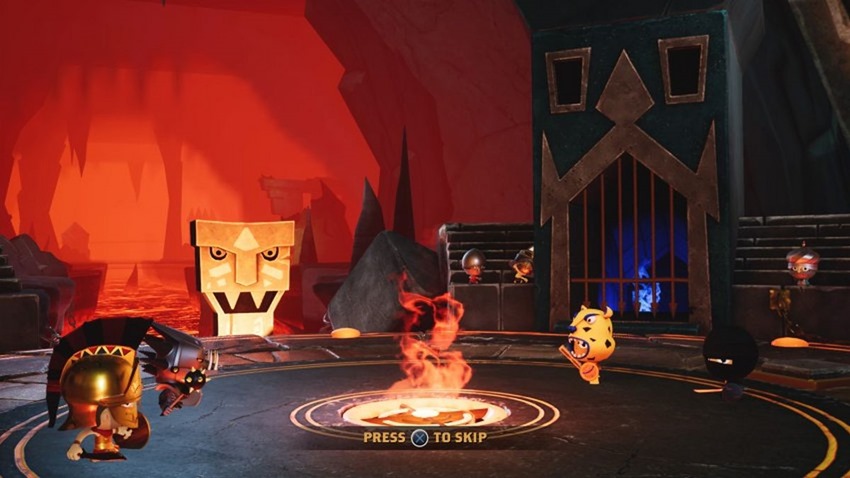 In the end, if you’re looking for a fun game that you can waste time on without needing to think too much, World of Warriors is it. It won’t jump out at you in the sea of games that can do the same thing and there are arguably better games to waste your time with, but it also won’t give you a negative experience.

What’s quite surprising about the game is that despite it being a mobile first, there was nothing in the way of microtransactions in the game. Whether that remains the same, only time will tell but it was refreshing for a game to avoid trying to dig into my wallet.

World of Warriors is truthfully not a very memorable game and not one that will have you jumping out of your seat to buy. It does a lot of things well and has a beautiful art style but its lack of ambition means it’s safe and but also easily replaceable.