There’s been a strong resurgence of one of my very favourite styles of games this generation. Games like Ori and the Blind Forest, Owlboy, Hollow Knight, Axiom Verge and Steamworld Dig 2 have made me fall in love with “Metroidvania” games all over again. There’s just something magical about games that really reward exploration and the way they give you those “aha!” moments when you finally have the requisite item or ability to progress beyond a barrier that previously had you stumped. 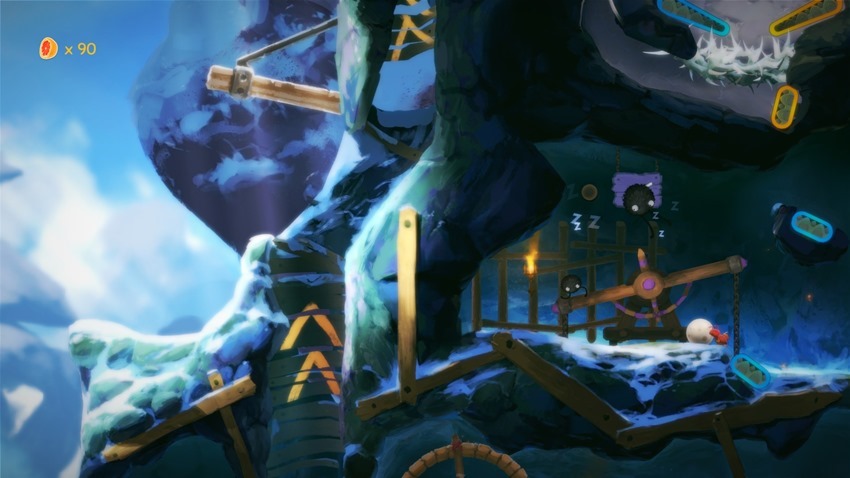 Yoku’s Island Express takes that core concept and shakes, rattles and rolls the formula up, by delivering a platforming pinball Metroidvania adventure game. I can’t believe I’ve put those words in that order, because that’s an awful lot of concepts to be stuffed into a single game, but it works. Not only does it work, but it’s also delightfully charming, frequently beautiful and for the most part, a joy to play.

In it, you’ll play as Yoku, an unceasingly pleasant dung beetle, who’s been assigned as the new Postmaster for Mokumanu Island. It’s a usually lovely place, its furry and fluffy inhabitant’s protectors of the last of the gods – but a terrible calamity has struck. The nefarious Godslayer has returned, left an accursed mark on the island’s deity Mokuma, and is in hiding, waiting for the perfect moment to strike. Of course it’s up to our pint-sized postman to save the day.

Of course, that means regular postal duties like delivering letters and packages to the island’s inhabitants, but it also means getting word of the tragedy to a trio of elders, naturally spread across an expansive map. This isn’t the regular platforming adventure you associate with the genre though. Yoku is perpetually tethered to an ivory ball, which he’ll have to push around. That means that Yoku is incapable of jumping, but that doesn’t really limit mobility. For a reason that doesn’t really fit the narrative, but makes for increasingly impressive level design, the world is littered with the sorts of bumpers, stops and flippers you’d find on a pinball table. With the flick of a flipper (controlled by right and left triggers, as you’d expect), Yoku hurtles through the air, collecting fruits, hitting triggers switches, each little section of the map effectively function as its own discrete pinball table. 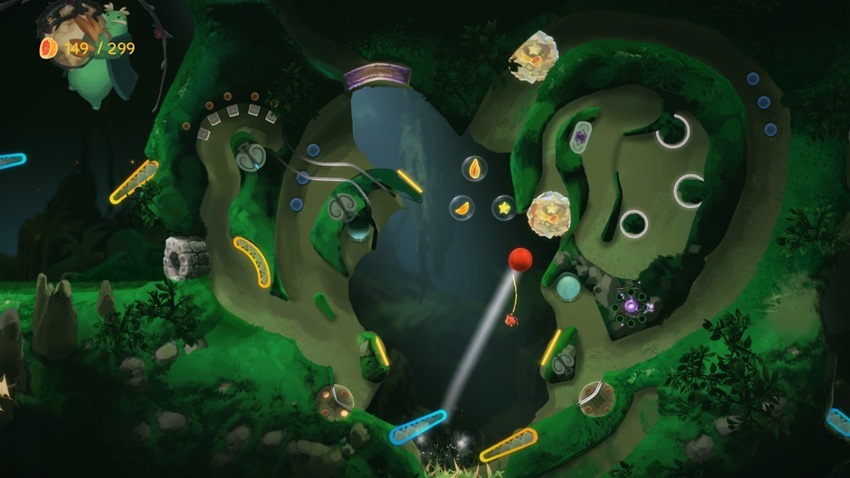 It does mean that the tenets of pinball play are in place, which often requires precise timing and position to progress. If you’re the sort of player who’s terrible at pinball and just whacks the flippers with reckless abandon, you’re going to have a hard time. I didn’t struggle much, but there were a few moments that require precision aiming that took a while to get, and as an impediment to progress it can be a little frustrating. For the most part, though, it’s all beautifully and intricately designed. It all gets better when you start collecting Yoku’s extraneous abilities – like one that allows the beetle to suck up explosive slugs. They gastropod grenades can later be let loose on destructible barriers, allowing you to proceed. I won’t detail each of the abilities, because the joy of playing games like these in discovering them, but there are some incredibly clever things the game does to keep feeling fresh. 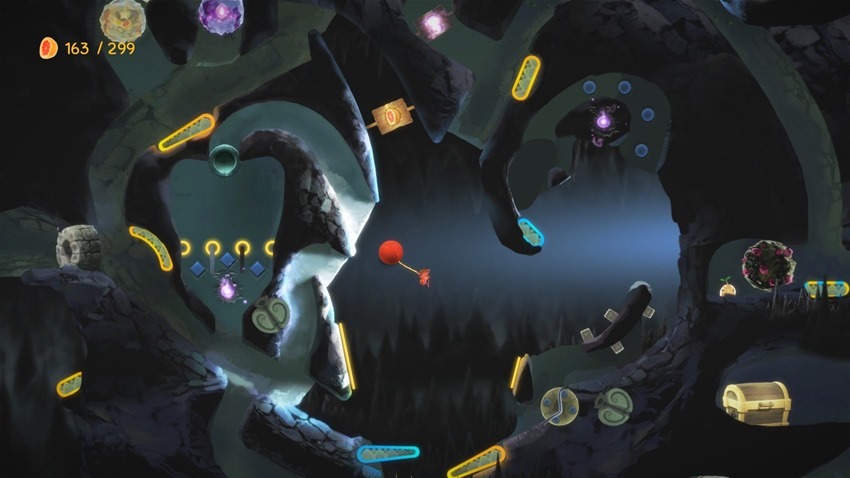 As you progress through the beautiful, water-colour world, you’ll earn fruit, which you use to purchase wallet upgrades, unlock fast-travel stations, and unlock platforms which allow you to explore even further. Fruit is also the only real penalty when Yoku goes through the drain. As you’d expect, the world is large, cohesive, interconnected one – with verdant forests, ice-capped mountains and desolate deserts atop boggy marshes and subterranean labyrinths all ripe and ready for exploration. 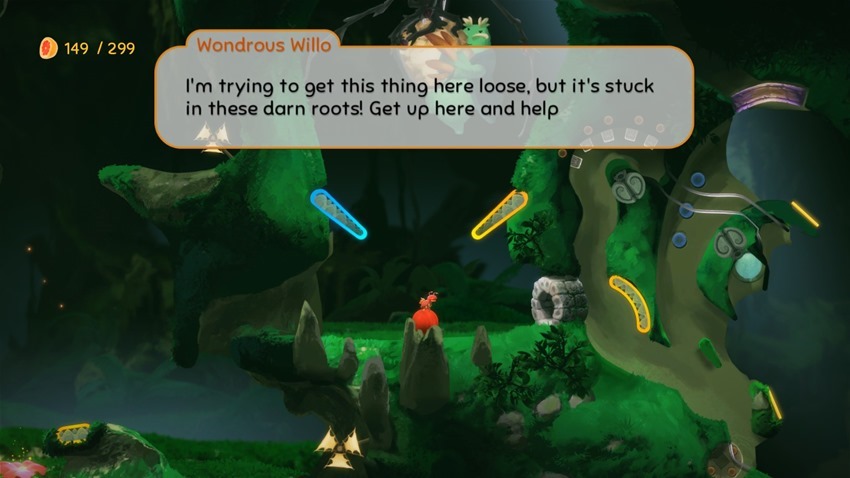 There are even a handful of pinball-based boss fights that challenge you to use the skills you accumulated to date to take on bigger enemies; blasting oversized arachnids with mollusc missiles, plugging up vents and hopefully, saving the world.

It’s gorgeous to look at too, with a simplistic but wonderful watercolour aesthetic that’s reminiscent of Rayman Legends. The textual dialogue is often sharp, and the accompanying music is still stuck in my head.