Home Gaming You’ll be waiting a while for Destiny reviews 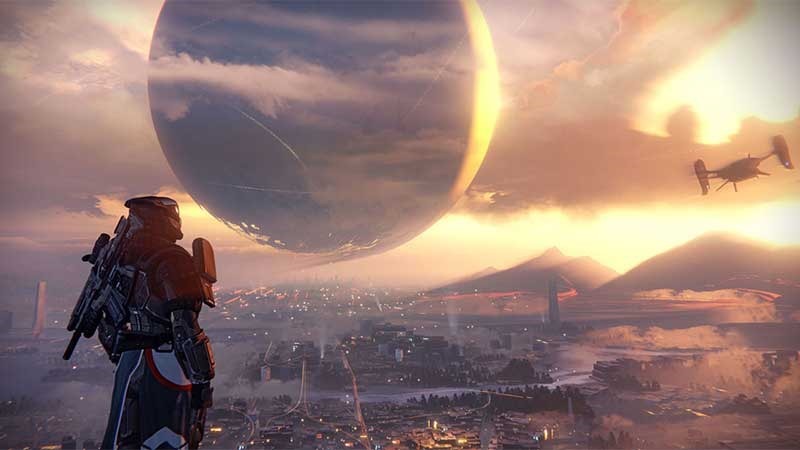 Destiny is coming to assault your consoles in just under a week. It’s one of the most hyped games in the history of the medium, and from our time with it thus far it seems to be worthy of its exalted ballyhoo. Some are still unconvinced, and will be waiting for reviews of the game before making any purchasing decisions. Those people might be waiting a while.

It seems that reviewers won’t be getting in to the game much earlier than any of you. We’re still waiting for our copy, which we suspect will come after release in the US. That’s why we’ve ordered a digital copy of the thing to expedite our review. Even larger outlets will be waiting.

Polygon’s confirmed the late arrival of review copies as well.

Hello friends. Unfortunately, I have some sub-optimal news: Destiny developer Bungie and publisher Activision have decided to ship out review copies for their game for arrival on Monday, Sept. 8. As the game launches on Sept. 9, there is no practical way for us to have a Destiny review in time for its launch at midnight on the 9th in your territory of choice.

Bungie has since confirmed that review copies will be in reviewers hands later this week – but as servers won’t be live until Monday anyway, it’s all moot.

Usually, when a game’s reviews are out late, it’s cause for concern; publishers and marketing people aren’t quite convinced that the game’s any good, and want to quell negative publicity before it even starts. I don’t think that’s the case here; with Activision’s huge financial push, I’m sure they wouldn’t allow the game to be released in a poor state.

Bungie themselves say that the game needs to be played in a real-world environment before reviews can be done.

We’ll talk more about this in the update, but we did explore simulating a vibrant pre-launch population by giving early access to some fictive group, employing hired resources, and/or raising an army of sentient, killer robots. Ultimately, given that most reviewers are going to need to spend time with Destiny in the real world, under real conditions, we opted to have reviewers play alongside real players.

There you have it. You’ll know if the full game is any good right around the same time we do. Does the lack of early reviews put you off at all, or are you still clutching your pre-orders close to your chests?