Home Gaming Zombi review – back from the dead

I immediately fell in love with Ubisoft’s ZombiU when it was released in 2012 as a third party exclusive. When it was released, it was met with mixed reception, and what I thought was unfounded critique at its deliberately slower pace. Many, it seems, expected it to be an action game, when in truth it’s a meticulous, modern survival horror.

Thanks to its home on an underappreciated platform, it didn’t get the attention it rightly deserved, though it has gone on to become a cult classic. It’s back on a wider array of platforms, rising from death like its possibly overused enemies. The now years old game has found new life on the PlayStation 4, Xbox One and PC as a digital game. 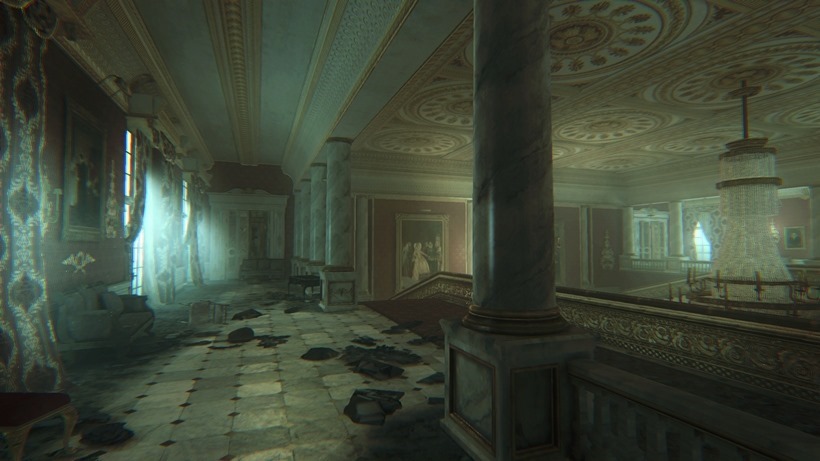 And though it’s definitely starting to show a bit of age, it’s still a great game that’s well worth its new, $20 asking price. Some sacrifices have of course been made to get the game on its new homes, most notably the obvious yanking of any features or functions related to the Wii U’s GamePad.

Here’s my original review of the game, retooled for the new platforms.

Robert Carter, a plumber from London stood no chance. Armed with little more than a cricket bat, he met his untimely end at the grotesque hands of the undead. The disembodied voice of “the Prepper” warned him; told him to be prepared. He wasn’t. He had no supplies, and he’d run out of ammo for the 9mm pistol that was his only chance for survival, stupidly shooting at everything that moved. Now he was dead, and I quickly learned to fear zombies again. I also quickly developed a drinking habit.

Games featuring those ambling, decaying monsters risen from the grave, zombies, have become a bit too commonplace. I thought, given my experience shooting them, that I’d be able to handle whatever undead menace Ubisoft’s survival horror could throw at me, but I was wrong. 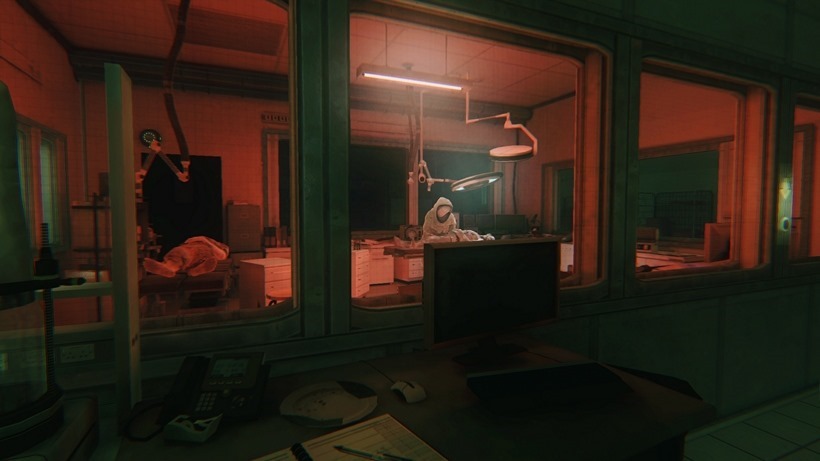 London has been overrun with the undead. It’s not the first time it’s happened, either. The Black Plague that devastated Europe in the 1300s? Zombie Apocalypse one, and it’s happening all over again. The recurrent blight, prophesied by 16th century alchemist, mathematician and royal spy John Dee has come to pass and it’s your job, as a survivor to untangle the plot and solve Dee’s ancient riddle to find a cure and save humanity. Or die. As tends to happen with alarming frequency, provided you don’t take the time to carefully asses whatever situation you’re in. This isn’t Call of Duty or Left 4 Dead. It’s hardly even a shooter. No, it’s a survival horror – with emphasis on the survival bit.

Guided by the mysterious  “the Prepper,” a delightfully paranoid ex-military man, you’ll traverse a decrepit London – from suburbia to more famous locations like the tower of London and Buckingham palace, retreating, as often as possible, to your safe house, located conveniently within one of the city’s underground tube stations. With eyes all over the city, by way of hacked CCTV cameras, your safe house acts as Zombi‘s central hub, from which you’ll venture out in search of equipment, clues, and other McGuffins to put an end to the plague. 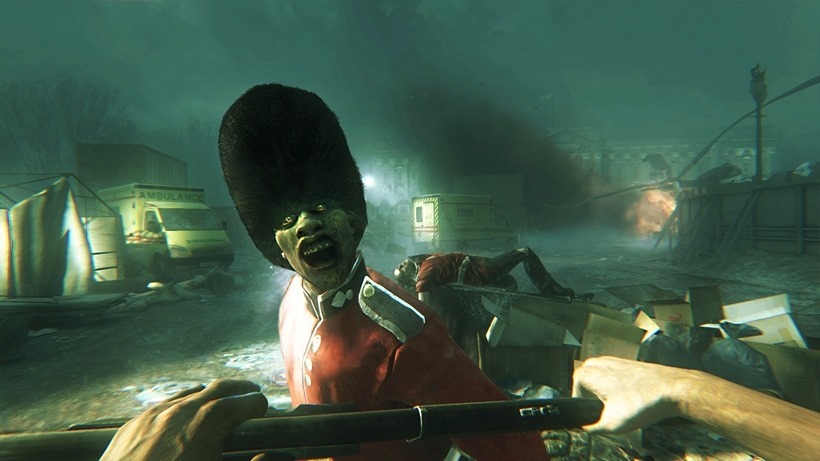 The most arresting thing about Zombi, and what makes it so chilling is the almost overwhelming sense of dread. Zombie encounters are disturbingly intimate. Unlike most other games that tackle Zombies, you won’t be faced with hordes of infected plague bearers; instead you’re often up against just a handful at a time – and that’s enough. There’s a stark lack of ammunition for the guns you’ll find, and it’s disempowering, not being able to mow your way through a horde. Instead, you’re forced to weigh up your options, and almost always, the best way to go is to draw them out one by one, and smash their heads in with a cricket bat, or lure them out with an attractive flare, before immolating ‘em with a Molotov cocktail

The intimidation, unease and apprehension is further exacerbated by the fact that death has very real consequences. When you die, either at the hands of a zombie, or perhaps, as happened to me more than a few times, falling off of ledges and ladders while running away like a little girl, that survivor is stone cold dead. You’ll spawn as a new survivor – with a new name, occupation and ID back in the safe house. 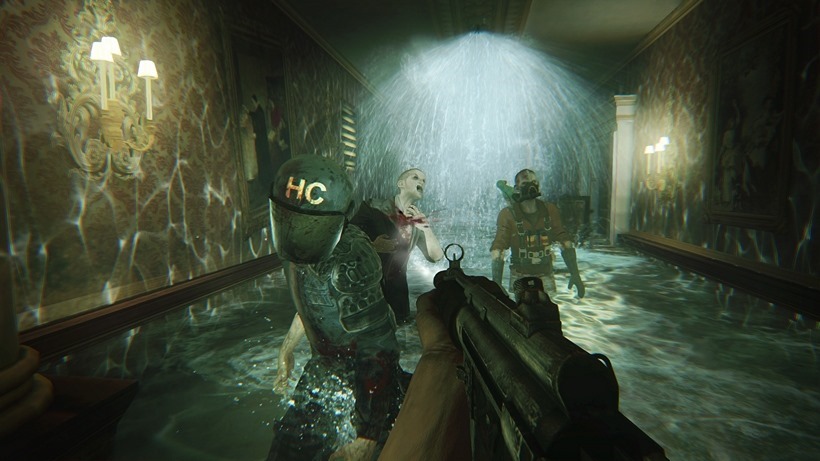 The problem is that all the gear and equipment you’ve collected is now in a backpack, attached to the back of the silly, unprepared and most importantly dead person you were playing as just moments earlier. If you want it back – and you probably do – you’ll have to trek back to where that unfortunate met his end and remove the previous survivor’s undead head from its undead shoulders. If you happen to die a second time before doing that, that equipment is gone. For good. It gets even worse. Play in survival mode and you get just one life. Die, and it’s over. You’ll have to delete your game and start from scratch. It all comes together to make Zombi a genuinely frightening experience.

Where the original had you using the Wii U’s second-screen gamepad (exceptionally, I might add) as a map, motion scanner and for a few other interesting gimmicks, that’s naturally been yanked out, replaced instead with overylays. Instead of staring back and forth between the screen that functioned as a map, it’s now easily in view in the bottom right corner. It actually made playing the game a little easier, and mitigated some of the dread.

Acting as both your map and a motion-scanning, pinging radar it lets you know not only where you’re going, but also lets you know if anything’s moving nearby. It’s a sneaky, tricksy thing though; Animals, crows and rats are picked up as red blips on your radar and on more than one occasion, with my heart located somewhere in or about my throat, I slowly snuck up on a large group of blips, prepped and ready to incinerate the undead, only to have my ambush thwarted as a murder of crows cawed away. Dead still zombies aren’t detected either, and you’ll probably be ambushed by something you thought was dead. And then you’ll be dead, which is why I spent an inordinate amount of time smashing everything. Y’know, just in case. 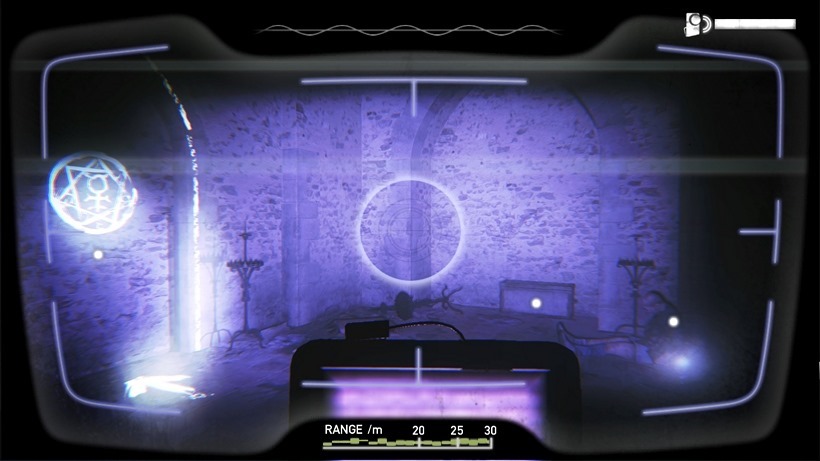 The Gamepad was also the game’s inventory system, working in real time. You had to look away from the TV screen when operating your inventory possibly opening yourself up to undead ambush. Instead of a second screen, your inventory is now overlaid on the TV – creating much the same effect, really.

Like just about everything else in the game, it only adds to the tension. That slow-to-reload double-barrelled shotgun you’ve got in your backpack would probably be handy right now, but you’ll have to put some distance between yourself and the zombies right in front of you to use it if it isn’t equipped in one of your quick slots. It’s all about preparation and planning, as that disembodied Prepper keeps saying. His frequent radio transmissions – mostly telling you what a numpty you are – also come through on the controller’s speaker (in the case of the PS4, at least), adding to the atmosphere and immersion. It’s the version that’s therefore closest to the Wii U original, and the one I’d recommend most.

Gone is the use of the Gamepad ‘s digital augmented reality, and you’ll instead have to hold down a button and use analogue sticks to scan a room, looking for zombies or equipment, and use its integrated black light scanner to find hidden messages and clues. A few other activities that relied on the pad, such as lock-picking and entering codes in to keypads, reading documents and the tapping minigames for things like opening manhole covers and removing barricades have been replaced instead with button presses. The gamepad augmented and enhanced the Zombi experience, but didn’t quite define it – and I missed the Gamepad and its gimmicks far less than I thought I would. 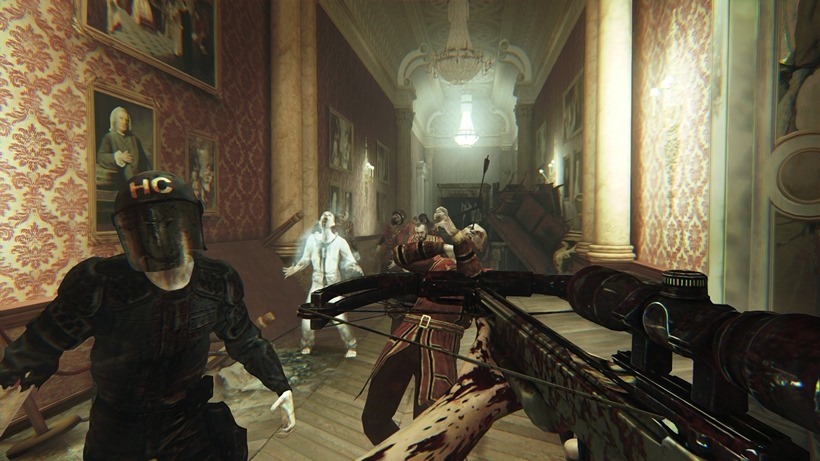 And though it’s a remarkable game, there are a few issues. Inventory management can be a pain. The narrative also falls apart, and the fact that living NPCs treat you as the same person even when you’re playing as a new survivor destroys much of the immersion that Ubisoft’s worked so hard to achieve. Towards the end, there’s perhaps a little too much backtracking and the less said about the ending – no matter which of the three you end up with – the better.

Mostly minor niggles aside, it’s an exhilarating thrill-ride, injecting new life in to the survival horror genre. So tense and atmospheric, in fact – that it took me forever to finish. Call me a sissypants, but I struggled to play this game for longer than an hour or two at a go; my nerves just couldn’t handle it.

Until I developed that drinking habit. 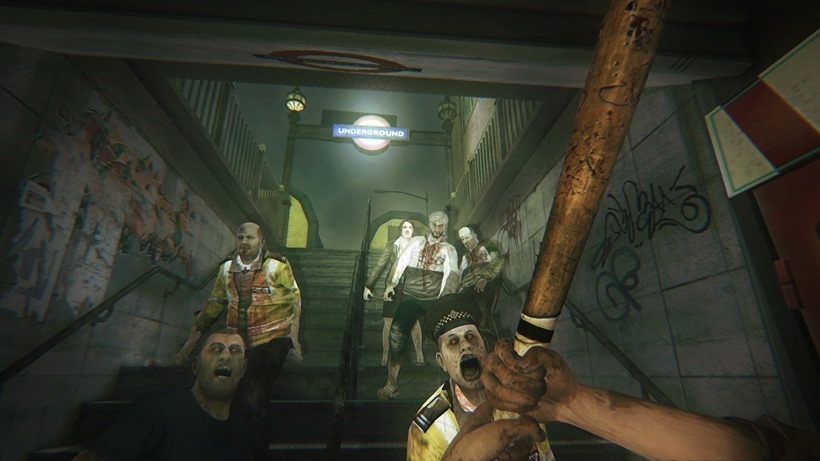 That said, it’s not the most exciting of ports. There’s been no attempt to make the game look or run any better, despite being on newer, more powerful platforms. In fact, a sort of dirty screen effect on the Wii U version is now gone, making things look a little cleaner – but also a little less interesting. The original game’s multiplayer functionality has been axed – but given that it was an asymmetrical affair that required the tablet, that’s no surprise. Sadly, the ability to loot the backpacks from your dead online friends is also gone.

There are some nice changes though. The oft-criticised lack of variety in melee weapons has been addressed – you’re no longer stuck pummelling in Zombi brains with naught but a cricket bat; a new shovel offers longer range and the ability to hit more than one zombie at a time, while the nail bat gives you more damage and a higher critical-hit chance. You can also apply decals to the cricket bat to make it a little more visually stimulating, I suppose. There’s also a new FOV slider that allows you to play around with the claustrophobic viewpoint, and the controls in general seem to be decidedly smoother.

It may not be a great port, but it’s a good port of a great game, that I’m happy it gets another shot at success. It’s still a little rough around the edges, but for $20, it’s very hard not to recommend. It’s still best on Wii U though.