Home Tabletop Get into tabletop RPGs with these simple, free (and totally crazy) roleplaying games

So you want to get into those sick tabletop roleplaying games (TRPGs) that all the cool people are talking about. You know about this Dungeons & Dragons, but the problem is that; it ain’t cheap. It also doesn’t help that there are so many rules and numbers. I got you fam, because today I am going to tell you about three simple, free, TRPGs that you can pick up and play right now. Download them and get ready for Free RPG Day on 16 June! 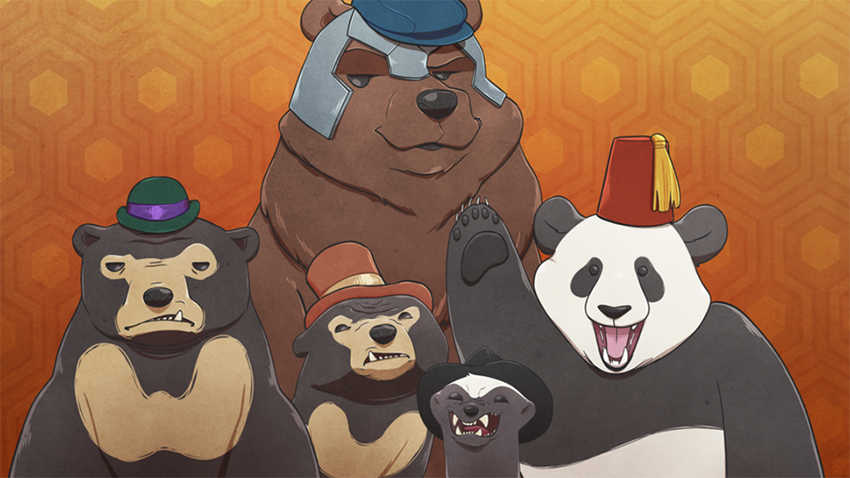 In Honey Heist, there are only two stats; bear and criminal. I feel like that gives a pretty good idea of what kind of game this is. You are an “elite” group of crime bears that are planning to pull the heist of the century. The rules and character creation are literally just one page written by a drunk guy. It also only uses one six-sided die (literally just break open a Monopoly set and you are good to go).

You have to try roll lower than your relevant stat where bear refers to stuff that bears are good at (fighting, climbing, eating) while the criminal stat is for everything else. The game is meant to be a huge cluster of absurdity and chaos. And it is encouraged that very little prep is made beforehand. This is the type of game where the players drive the story while the game master just holds their head in their hands while the words “What is even going on?” softly leaves their lips.

If you want to commit bear crimes but not deal with going to jail then this is a game for you.

Maybe you and your friends are looking for something more competitive. Maybe you are also all horrible people. That is a good thing though in this game. In Everyone is John you play as voices in a crazy man’s head (his name is John, if you haven’t figured that out). Each player acts as a character each with two to three skills that players get to decide.

The aim of the game is to make John fulfil your any of your three obsessions. They can range from a level one obsession such as eating a delicious steak to level 3 which would be conquering a small nation. Every time the player manages to fulfil an obsession they get a point. The game uses a single six-sided die (going to have to buy another Monopoly set) and to get John to do literally anything (he is very inept) you have to roll a six, or a three if he is doing something that you are skilled in.

That seems pretty tough then no need to worry as you have willpower. It is a resource that players use to increase the die rolls and as a way to bid for control of John. The session then continues with debating and fighting for power of this poor man. The game ends when all the players run out of willpower or John dies. This game is perfect for people who love Cards Against Humanity’s kind of awfulness as that headspace is inevitably where Everybody is John games tend to go.

You are part of an elite group of orcs (or six goblins) whose job is to do… something. Okay, so this game isn’t one page but it isn’t too complicated either. Havoc Brigade is sort of like one of those Dishonoured levels where you are dropped into a map and you have one objective. How you get to that objective and how much pain and chaos you inflict is up to you.

This is the type of game where, if you are a Game Master, you should be saying yes to everything. “Are there thunderbears in the zoo?” Of course, there are! Always! The game gives you character sheets with some backstory, so it’s good for beginners as it gives you a place to start but you determine the direction of your orc (or six goblins). You will also need a bunch of six-sided dice, with around 2 to 25 being recommended (I really hope you like Monopoly).

How the game works is that every time you need to do an action you roll a D6. You then add an extra D6 if you have a relevant skill/tool/weapon, and this stacks up. By the end of the session, fistfuls of D6s will be violently bouncing all over the table.  I always like to imagine this game as TRPGs in their purest essence. A bunch of morons trying to out-zany each other and everything is on fire.

And that, my lovelies, are three simple, free and entertaining TRPGs to set you off into the world of roleplaying. They offer a nice variety of what they set out to achieve in their playstyles and I am sure you could maybe combine them all into some horrible Tetsuo-esque monster to make the best roleplaying game ever!