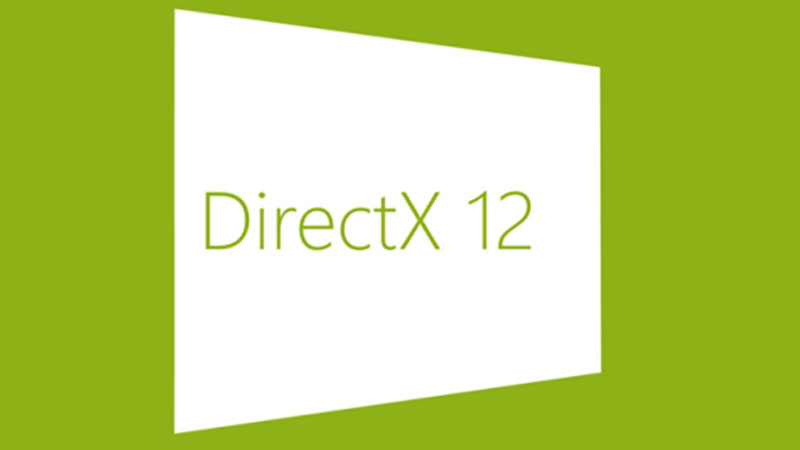 Computex is next week, and we’ve pretty much heard all we need to before the official unveilings of new cards from both AMD and Nvidia. AMD in particular is going to be extremely interesting – with a brand new range of cards boasting the first ever High-Bandwidth Memory support. They’re also going to be DirectX 12 compliant, which is going to be the other deadly edge to the sword.

Both Multiadapter and Shared Memory features of DirectX 12 have already been revealed (somewhat), but AMD has detailed both features in a lot more depth recently. Multiapdater, if you remember, is a new technology that will essentially allow your GPU to work in tandem with the integrated GPU that comes stock with most CPUs nowadays. It’s able to give you a noticeable bump in performance – without any real work on your side. Even better is that it’s supported natively – meaning your card won’t have to appear on AMD’s driver list to actually support it.

And if you’re into more traditional CrossFire setups, then Split-Frame Rendering is going to be your new best friend. Previously DX11 cards were only able to render single frames at a time – leaving the rest in queue and waiting for their turn to make your eyeballs weep with joy. It worked like this for a long time, but Split-Frame Rendering streamlines things a lot more. Instead of a full, single frame, each GPU will now render half a frame – while the rest of the processing power is used to prepare subsequent frames for display much quicker. This translates into a higher framerate – again at no expense to your pocket. 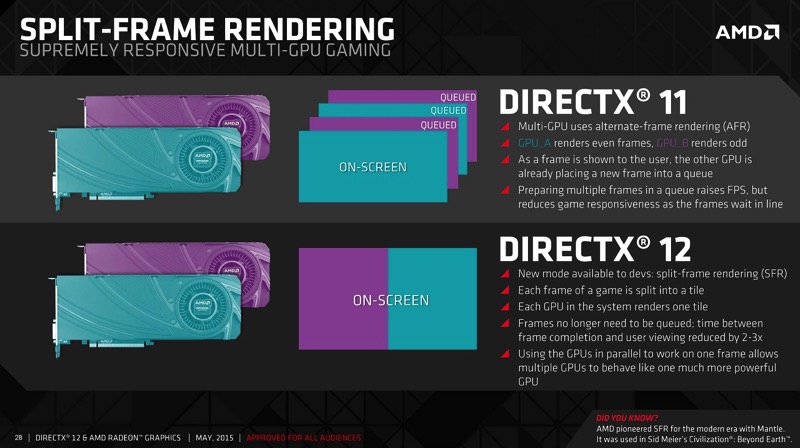 But by far the most exciting feature of DirectX 12 is Shared Memory. In the past, combined graphics cards were only able to use their own RAM – with games forcing them to copy the same data onto both cards. DX12 cracks that wide open, letting both cards feed from a shared pool of memory that is an addition of the VRAM on both cards. So a CrossFire (or SLI) setup consisting of two 4GB cards will now in fact equate to 8GB of VRAM – which is important for the increasingly taxing memory requirements of modern games. Stardock’s Brad Wardell expressed his excitement for the new features, saying that games coming in the future would never have been possible on outdated DirectX architecture.

If we were running DirectX 11, you are not going to run [Ashes of the Singularity] at 4K. It’s not even a possibility.

It’s certainly going to be a revolution for visual fidelity in the PC gaming sphere, and AMD’s new cards are positioned to take advantage of it at exactly the right time. A few cards have already been launched with explicit DirectX 12 support, but we’re yet to see any games take advantage of it yet. That’s probably going to change very soon though.