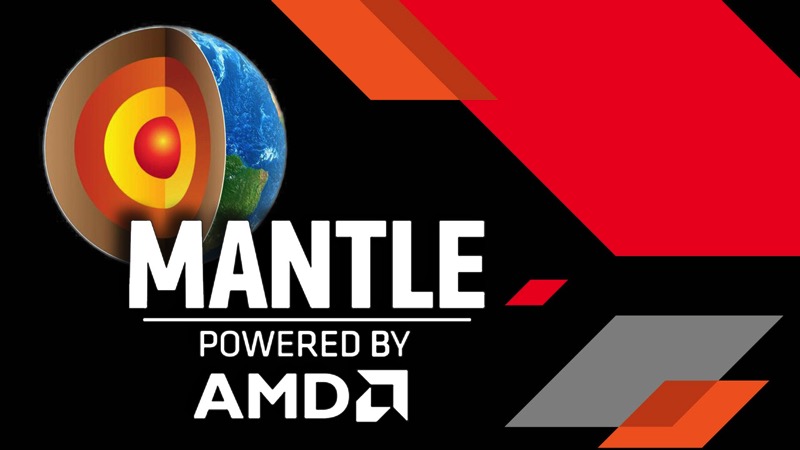 Oh Mantle, you had one job and you did it oh so well. AMD’s Mantle API has been around for well over a year now, born out of Microsoft’s slow progress on DirectX 12. AMD wasn’t happy with DirectX 11 any longer, and so Mantle was created to further optimism draw calls and bring new forms of functionality to graphics cards. Without mainstream support from the likes of Nvidia or Intel, it was doomed to a single purpose. And its time has finally run out.

AMD is ceasing work on Mantle 1.0, and encouraging developers interested in it to start looking at DirectX 12 instead. Raja Koduri, VP of Visual and Perceptual computing at AMD, explained this shift of focus in a recent blog post, which detailed how Mantle would now be used for specific custom projects alone.

Mantle must take on new capabilities and evolve beyond mastery of the draw call. It will continue to serve AMD as a graphics innovation platform available to select partners with custom needs.

The Mantle SDK also remains available to partners who register in this co-development and evaluation program. However, if you are a developer interested in Mantle “1.0” functionality, we suggest that you focus your attention on DirectX® 12 or GLnext.

AMD won’t outright abandon the API though. They’re still going to provide support for games that use Mantle in particular, with Battlefield: Hardline probably being one of the last to use it. Mantle 1.0 will still be there, but it’s not going to grow into a rival to DirectX 12. Its purpose was to provide a reason for Microsoft to get their ass into gear, and it’s achieved just that.

There’s not long to wait until Microsoft’s new API either. DirectX 12 is expected to launch later this year with Windows 10, ushering in a new era of graphical processing. AMD will be speaking about the future of Mantle at GDC later this week, but don’t expect it to shine as bright in the gaming sphere anymore.