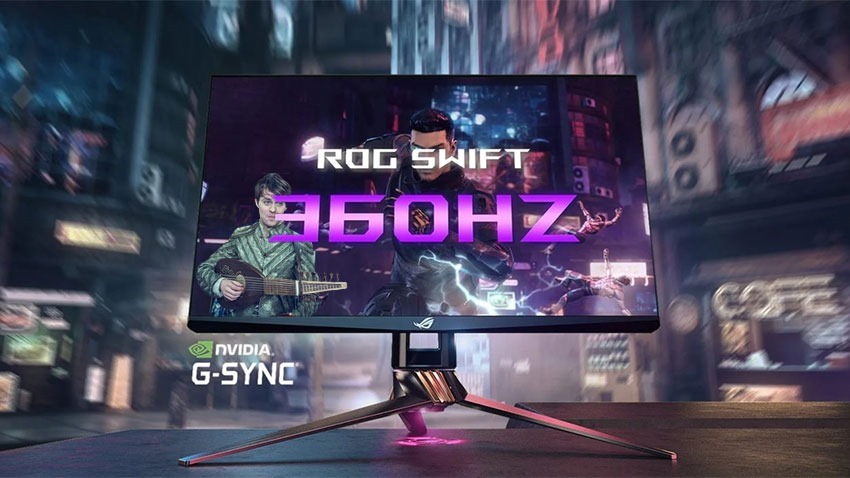 Toss a coin to your Wi…oh ffs.

Right. Anyway, CES has started this week, allowing the companies who make consumer electronics show off their latest wares. Asus has kicked off in a big, big way by revealing the world’s first 360Hz g-sync gaming monitor. In a word where the current consoles struggle to hit 6 fps and the next generation of the them will strive for 120fps, having a monitor that refreshes 360 times a second seems a little overkill – and even for most dyed-in-the-wool PC gamers it is.

There is a certain sub-section of gamers for whom these sorts of refresh rates will actually benefit; professional esports gamers and those who aspire to be them- and that’s precisely the market that Asus is aiming for with the ROG Swift 360Hz. Instead of increased sizes and pixel=packed resolutions, the 24.5” screen has a standard 1080p HD display, but makes up for that the sweet 360hz refresh rate.

“In the world of competitive gaming, where mere milliseconds can make the difference between victory and defeat, NVIDIA today unveiled new G-SYNC displays with a 360Hz refresh rate, providing esports enthusiasts and competitive gamers with the fastest gaming displays ever made. At 360Hz, game frames are displayed once every 2.8ms—up to 6X faster than traditional gaming displays and TVs.”

According to Nvidia, you can expect easier target-tracking, reduced distractions for lower ghosting and the ability to see players earlier, which means more headshots for you. Of course, you’ll actually have to attain 360fps in games to see any real benefit, 3which is only possible in games like CS:GO an its ilk, which is why this is being punted as an esports monitor.

The main features of NVIDIA’s G-SYNC Esports are:

While ASUS is first out the gate here, expect similar monitors from other OEMS soon.