Blizzard have trademarked a new application and web service called Compete which will allow users to host and organize gaming tournaments. This seems like a smart move from gaming giants Blizzard as they continue to move towards a more firm grip on competitive eSports. While Starcraft may not be the eSports giant it was 5 years ago, Heroes of The Storm, Hearthstone and the yet-to-be-released Overwatch will more than likely fill those shoes. 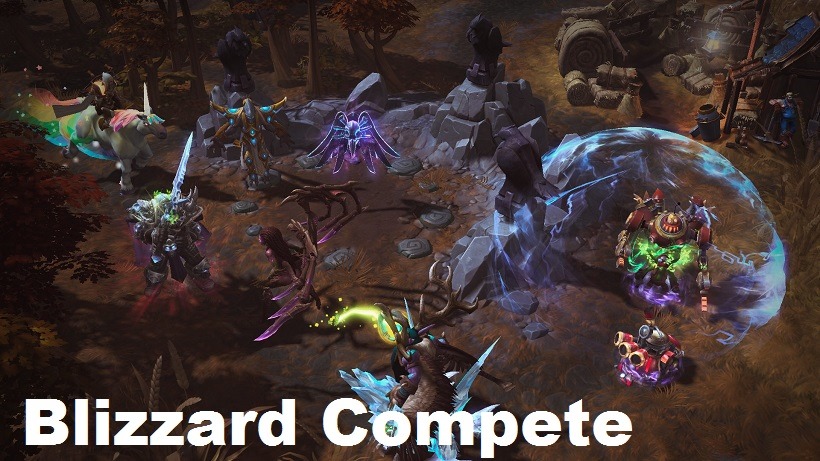 In an article by Esports Maybe, author Ben Skipper details an excerpt  from the trademark’s small print, giving Compete a basic description.

While the application is still under development, Blizzard have made steps in improving their services with the launch of Battle.net application a few years ago. If you’re not a member of the gaming elite and have never used Battle.net, it’s basically a much neater version of Steam, and ties all of your Blizzard games into one neat application. The trademark application isn’t cemented evidence that such a service is coming, but it is an indication of the direction Blizzard are going with the growth of eSports. Hearthstone comes to mind as the biggest benefactor from such an application. Hearthstone is a mobile game, it’s casual, yet quite competitive. Imagine an application where you can host a small tournament between friends at the office, or on a slightly bigger scale from the same device you’d be playing off.

Will it be only Blizzard games?

This is where it gets a bit messy. Should this application be released, will it be limited to Blizzard games? This is the double edged sword we’re always so afraid of. Blizzard could make it for just for their titles and it does make sense that they do. Their more competitive games are free-to-play so the use of the application would not be limited to those who have paid ridiculous amounts for Starcraft II and its many expansions. Hearthstone, Heroes of The Storm and Overwatch will bring a large majority of users to the application, but some would argue they would be making a huge mistake not including other eSports titles.

This is a really smart move by Blizzard as they now hold the trademark for such an application and can hold it over their competitors. I have no doubt the application will be a big hit. At the moment organizing and hosting tournaments is quite a chore, so doing it with the click of a button will make everyone’s life a lot easier.