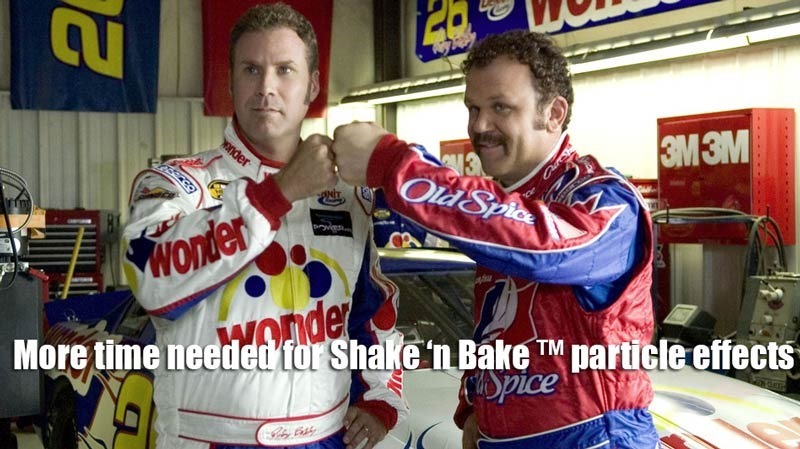 Formula One! It’s like NASCAR, except drivers can turn left and right! It’s also boring, exorbitantly expensive for teams and run by what I assume to be Dobby from the Harry Potter books, who found himself a wig. While the “sport” may sound like a Death Star run with more TIE fighters on your tail than usual, it’s still prime material for the gaming industry, with Codemasters cranking out an annual F1 game just in time for the motorsport season. This year’s particular iteration however, is going to be delayed by a month.

According to the eagle eyes over at Eurogamer, F1 2015 will now release on July 10, instead of the original start date of June. This probably has nothing to do with Batman: Arkham City and Devil May Cry 4: Special Edition arriving a week later in a month that will be overflowing with E3 news that could possibly drown out any attention for the game. Probably. I NEED MORE POWER GOING THROUGH THE LEFT CHICANE! Here’s the brief teaser trailer from Friday, in case you missed it.

Still, a month might be worth the wait. Codemasters previously indicated that they’re aiming for that sweet spot of 1080 peas and 60 frames per second on PlayStation 4, while the Xbox One will optimise a 900p version of the game. “On console we’ve had it very, very close to 60fps, certainly on PS4,” F1 2015’s game designer Steven Embling explained to Eurogamer back in April.

Everyone at the studio is doing a fantastic with the optimisation, and we’re in the final couple of months before release where there’s a big push that we hit that 60fps, and that’s the plan.

It’s been a damn good year for race car fans. Project CARS turned out to be a winner, there’s a new Need for Speed on the way and Wipeout is getting a spiritual successor. Days of thunder, feels of gold.