Home Technology How much of a performance increase can you expect from Intel’s Skylake? 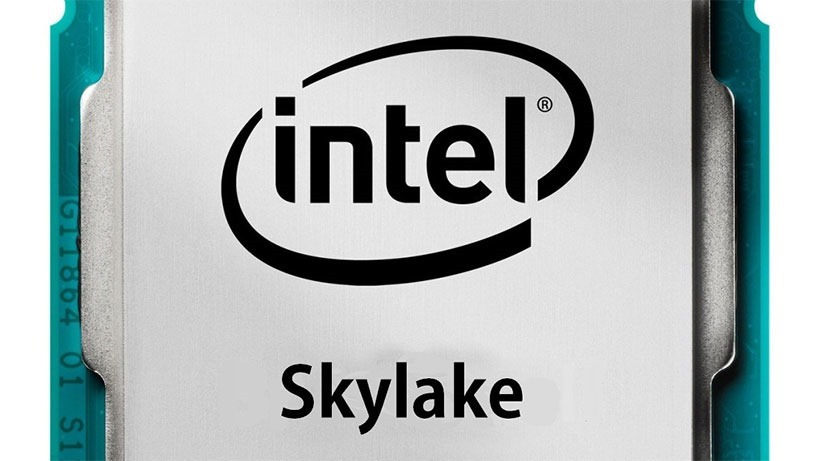 Skylake, Intel’s upcoming series of chips and the successor to its successfully shrunken Broadwell chips. I won’t go in to the tedious and dreadfully boring details of Intel’s tick-tock cycle as Alessandro does that for you every time he mentions Intel, but what it all boils down to is the fact that Skylake is an all-new microarchitecture that includes full support for DDR4 and – one some models at least – an integrated GPU that’ll be fully DirectX 12, OpenGL 4.4 and OpenCL 2.0 compliant.

It’s expected to launch soon – with much supposition, presumption and conjecture that we can expect it to be available around Gamescom, which kicks off next week. According to some leaked slideshows, it seems we can expect quite a bit of extra performance (particularly of the per watt variety) from Intel’s new chips. Most of that performance – up to a 41% increase over the last chips – comes in the form of graphical horsepower, but it’s also expected to bring a 10% CPU performance increase across the board. So says Fanless tech, who’ve leaked a bunch of sexy slides showing Skylake’s performance increases. 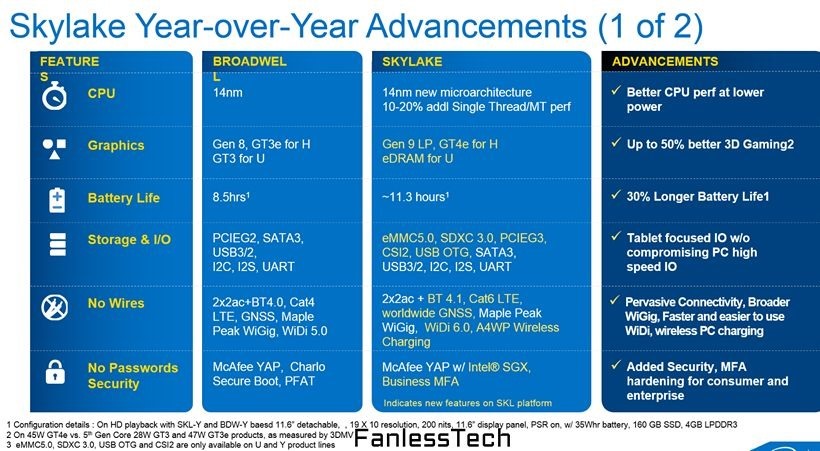 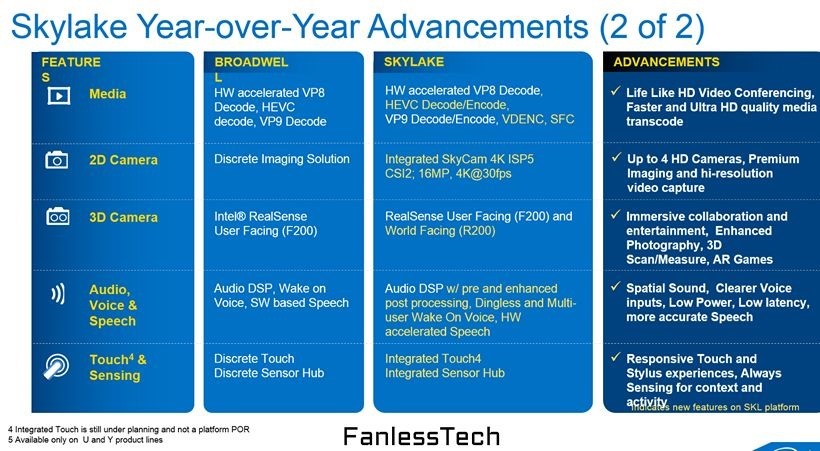 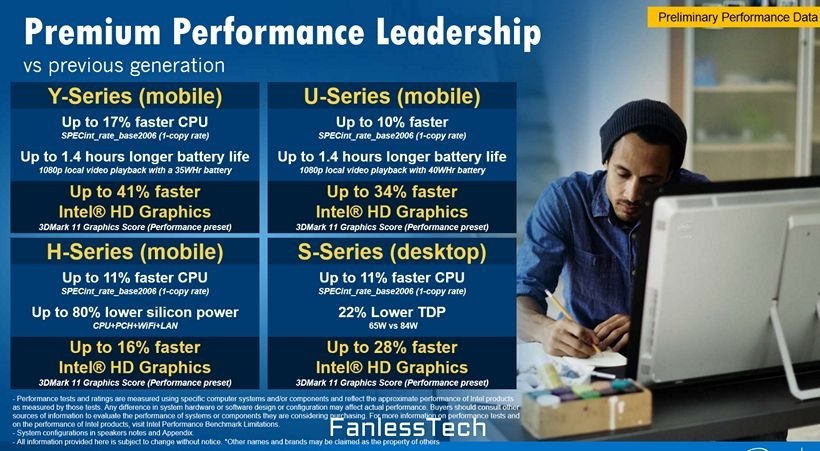 What’s interesting here is that Skylake seems to be unbelievably power efficient, making it perfect for stuffing in to smaller and more compact computers like Steam Machines and quite possibly Microsoft upcoming, as yet unannounced Surface Pro 4.

Microsoft’s top-end tablet has always promised to do away with the need for laptops, and with a sufficiently powerful, suitably power-efficient brain, the Surface Pro 4 could finally deliver.

The increase in Intel’s onboard graphics chips should also be worth noting. While their IGP has never really been able to compete with Nvidia or AMD’s standalone GPU’s, they’ve become powerful enough to run many games well enough – and an increase in raw power of this magnitude means you may get some decent gaming out of them. Couple that with the fact that DirectX 12 will allow for your onboard graphics to work in tandem with discrete units, and Skylake looks to be a gamer’s dream.

We’ll find out more once Intel stops being so tight-lipped about everything.