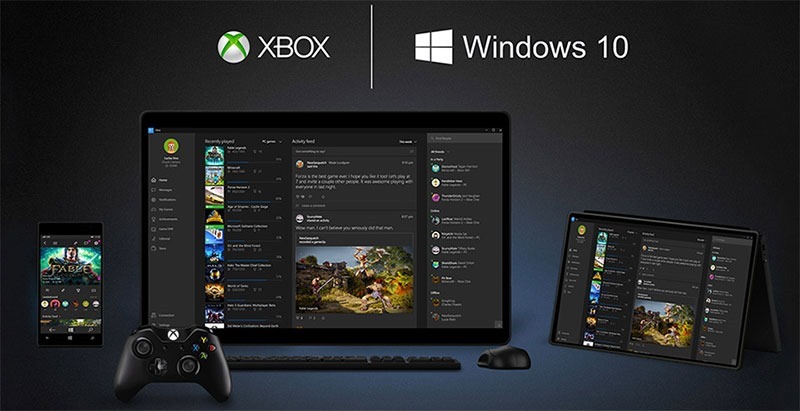 We know, from Microsoft’s Windows 10 event last night that the company will allow gamers to stream games from their Xbox Ones to any other Windows 10 devices they may have lying about. That includes phones, tablets and yes, Desktop PCs. As a supercharged version of the PlayStation’s remote play, it’s a feature that many are excited for. Even better? They’re looking at the possibility of it going the other way.

Yes, much like you can stream your Steam games from your powerful desktop to a much less capable laptop, Microsoft is exploring the possibility of streaming your PC games to your Xbox One – allowing you to use your Xbox One as a desktop extender to play your PC exclusives from the comfort of your couch.

If this does end up happening, it could put quite a dent in to the value proposition of Valve’s upcoming Steam Machines. Priced similarly to consoles, Steam Machines arguably provide less value. Being able to use an Xbox One for the purpose would give people the best of both worlds. I know I’d rather spend R6K on an Xbox One that will allow me to stream my PC games and play Xbox One games, than spend the same (or more) for an underpowered mini PC.

With regards to Xbox One to Pc streaming, Microsoft is targeting 1080p, at 60fps. That’s impressive, given that hardly any actual Xbox One games run at those resolutions and frame rates.

“It will really largely depend on the scenario to which someone is trying to play,” Microsoft’s Mike Ybarra said in a group interview after Microsoft’s event.

“But we want to make sure that we can get the optimal experience.”

It’s running at 720p and 30fps right now in the testing labs, but the company expects it to reach the 1080p/60fps sweet spot by launch later this year.

I don’t know about you, but I get the feeling that Microsoft has regained a little of their ambition, spark and drive after getting walloped by Sony in the early rounds of this console generation. Competition breeds innovation, I suppose.