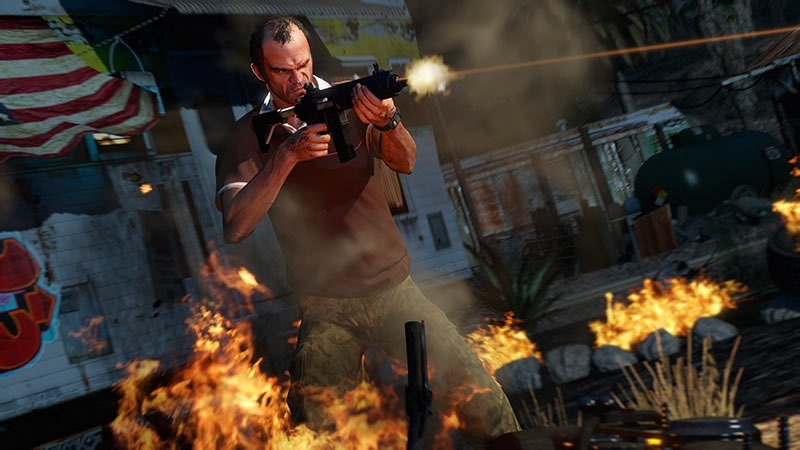 GTA V is coming to PC this month. No, really, it is. This time, I actually believe the release date. In two weeks, on April 14, PC gamers will finally get to play Rockstar’s criminal jerk simulator, Grand Theft Auto V. Unfortunately that date coincides with Mortal Kombat X’s release date, so I know what I’ll be doing that day.

Still, if you’ve been patiently waiting since September 2013 to play the game on PC, your day is coming soon. To celebrate, Rockstar’s released a fresh batch of screenshots from the PC version of the game – and they’re 4K shots, for the seven of you who have the hardware necessary to run it at that resolution. PC is, naturally, where the game will look best, because even if it isn’t too far removed from the new-gen console versions, modders will change that as they did with GTA IV.

Funnily enough, the new consoles versions of the game don’t even look as good as they used, with patch 1.08 removing many of the modern post-processing effects that make the game look good. The newest patch, 1.09 did little to fix the “downgrade.” Rockstar has since called it a glitch, that it was something they were aware of, and that a fix was on the way.

GTA V is probably my favourite game in the series after Vice City, but that probably has a lot to do with the fact that I grew up in the 80’s.

Take a look at those screens: